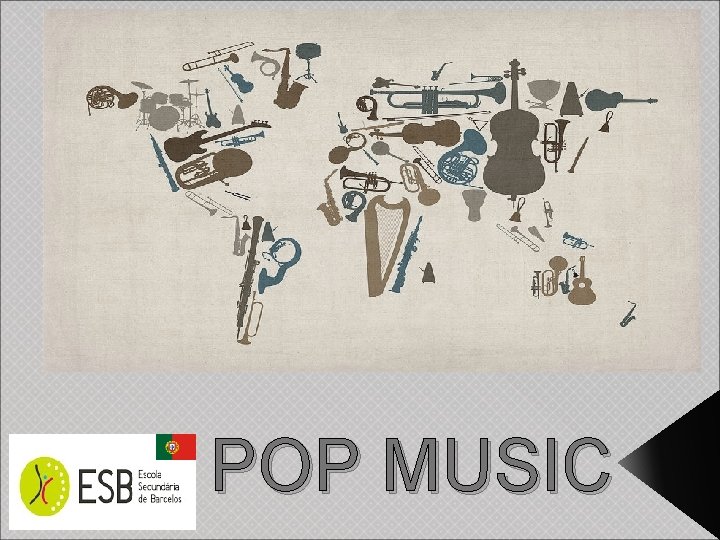 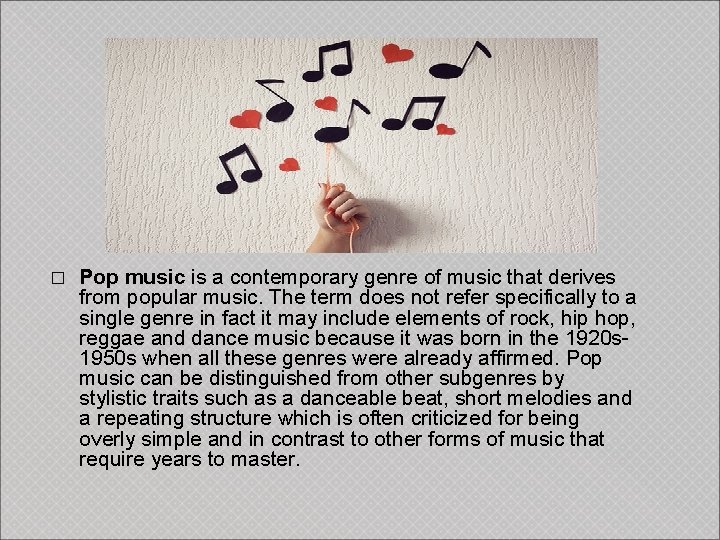 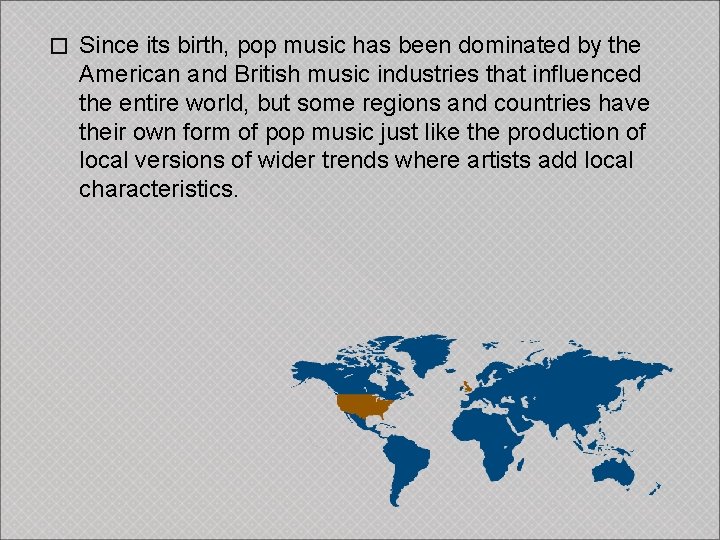 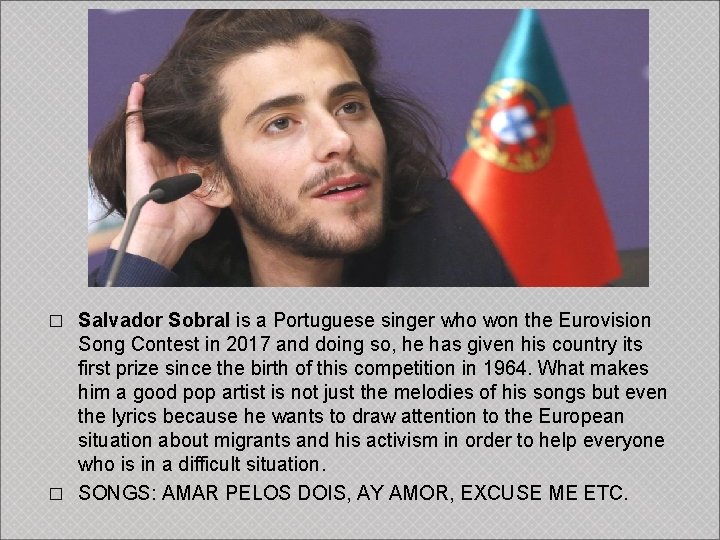 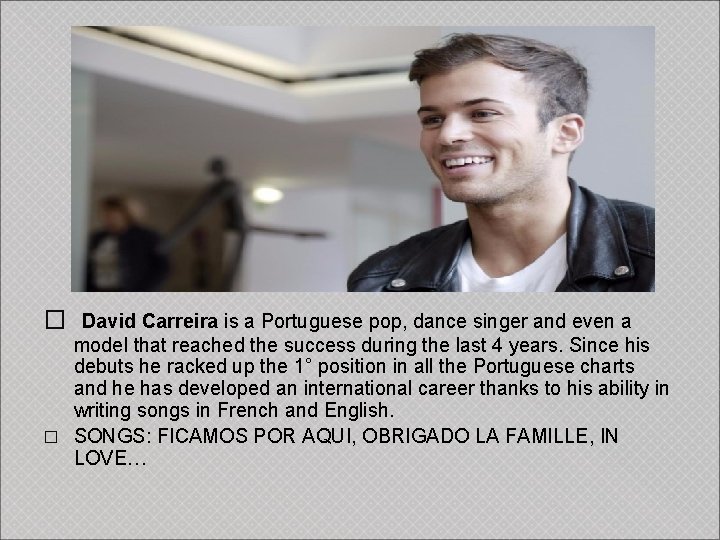 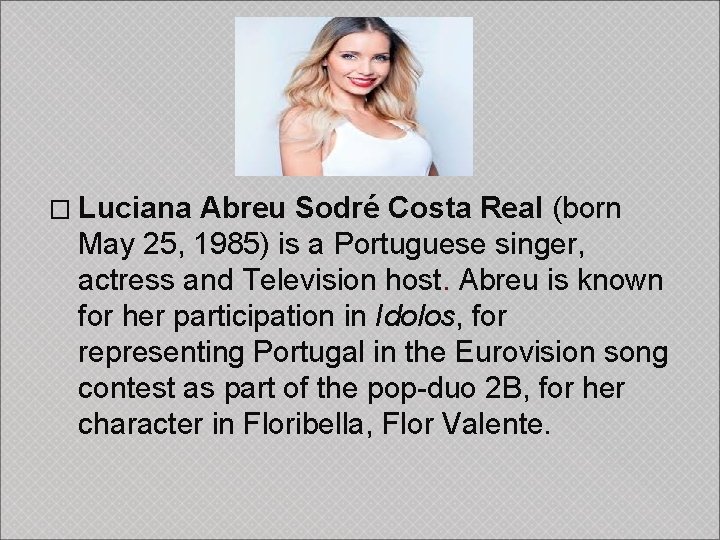 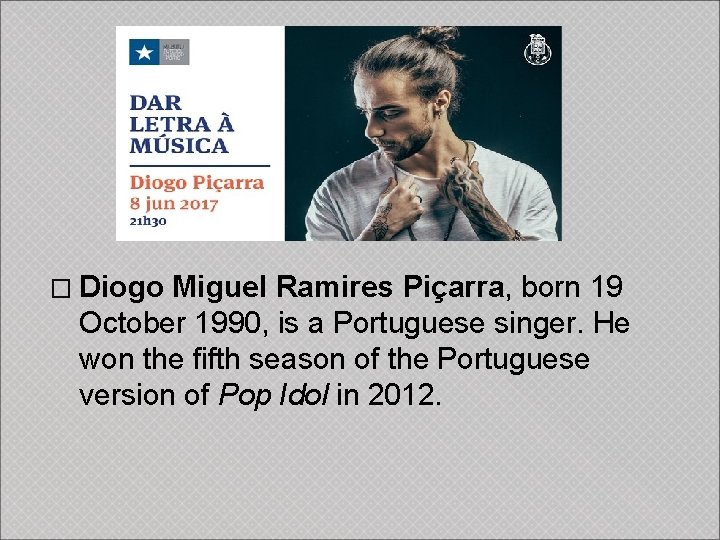 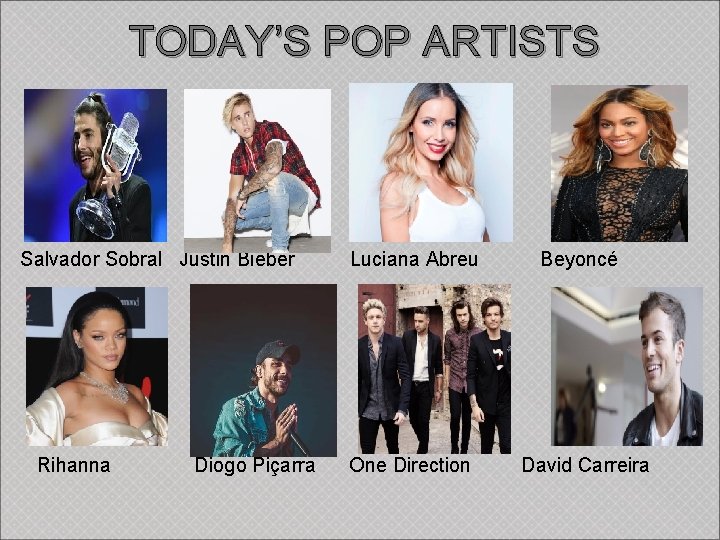 � Pop music is a contemporary genre of music that derives from popular music. The term does not refer specifically to a single genre in fact it may include elements of rock, hip hop, reggae and dance music because it was born in the 1920 s 1950 s when all these genres were already affirmed. Pop music can be distinguished from other subgenres by stylistic traits such as a danceable beat, short melodies and a repeating structure which is often criticized for being overly simple and in contrast to other forms of music that require years to master.

� Since its birth, pop music has been dominated by the American and British music industries that influenced the entire world, but some regions and countries have their own form of pop music just like the production of local versions of wider trends where artists add local characteristics.

Salvador Sobral is a Portuguese singer who won the Eurovision Song Contest in 2017 and doing so, he has given his country its first prize since the birth of this competition in 1964. What makes him a good pop artist is not just the melodies of his songs but even the lyrics because he wants to draw attention to the European situation about migrants and his activism in order to help everyone who is in a difficult situation. � SONGS: AMAR PELOS DOIS, AY AMOR, EXCUSE ME ETC. �

� David Carreira is a Portuguese pop, dance singer and even a model that reached the success during the last 4 years. Since his debuts he racked up the 1° position in all the Portuguese charts and he has developed an international career thanks to his ability in writing songs in French and English. � SONGS: FICAMOS POR AQUI, OBRIGADO LA FAMILLE, IN LOVE…

� Luciana Abreu Sodré Costa Real (born May 25, 1985) is a Portuguese singer, actress and Television host. Abreu is known for her participation in Idolos, for representing Portugal in the Eurovision song contest as part of the pop-duo 2 B, for her character in Floribella, Flor Valente.

� Diogo Miguel Ramires Piçarra, born 19 October 1990, is a Portuguese singer. He won the fifth season of the Portuguese version of Pop Idol in 2012. 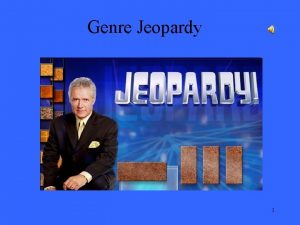 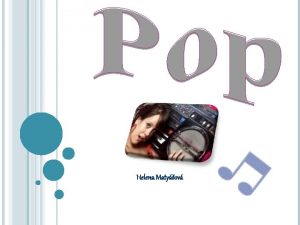 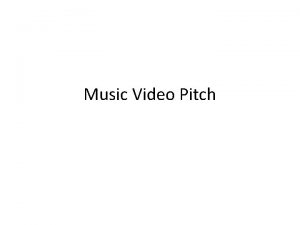 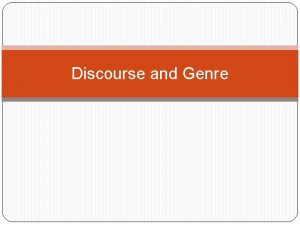 Discourse and Genre What is Genre Genre is 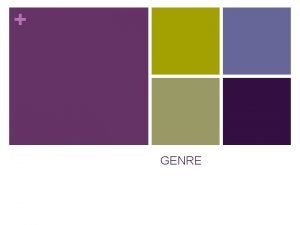 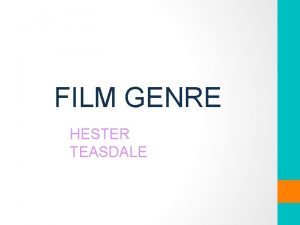 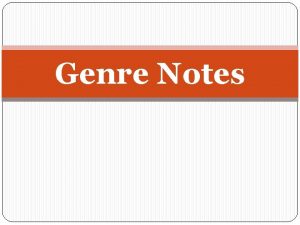 Genre Notes What is genre The word genre