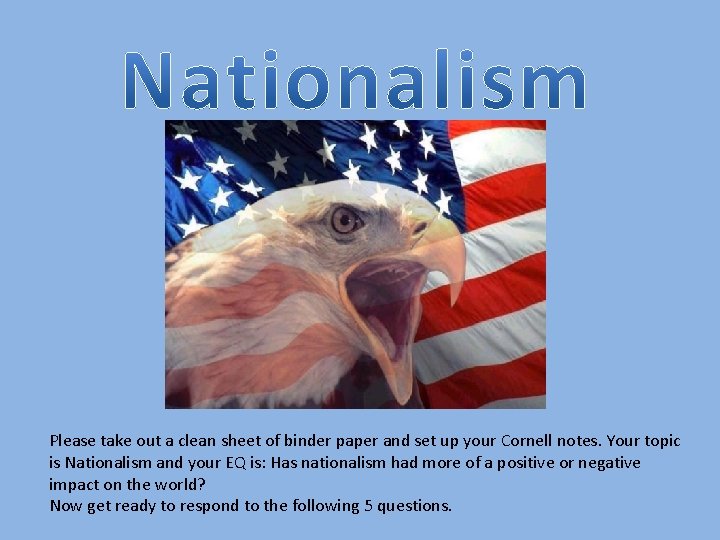 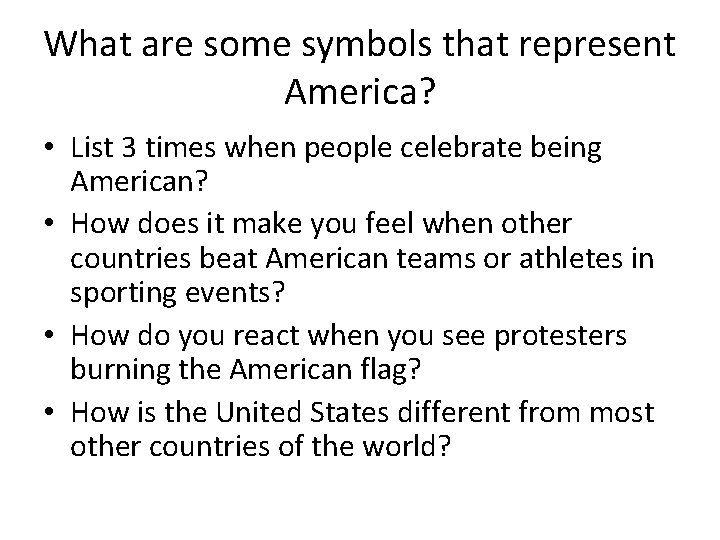 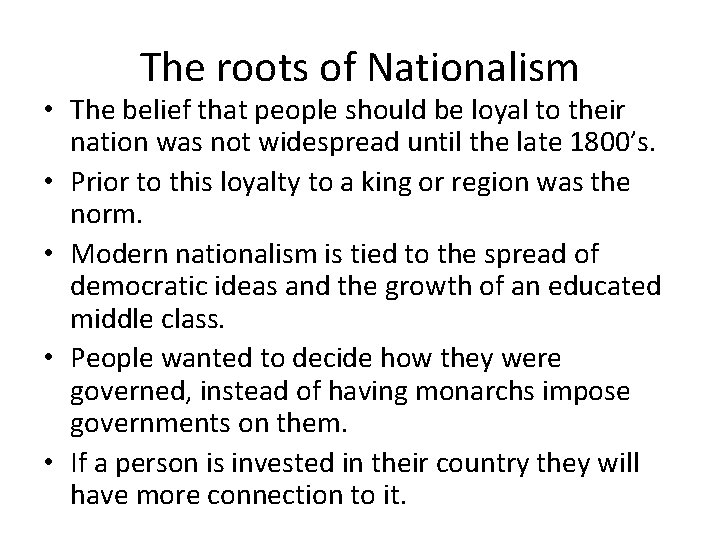 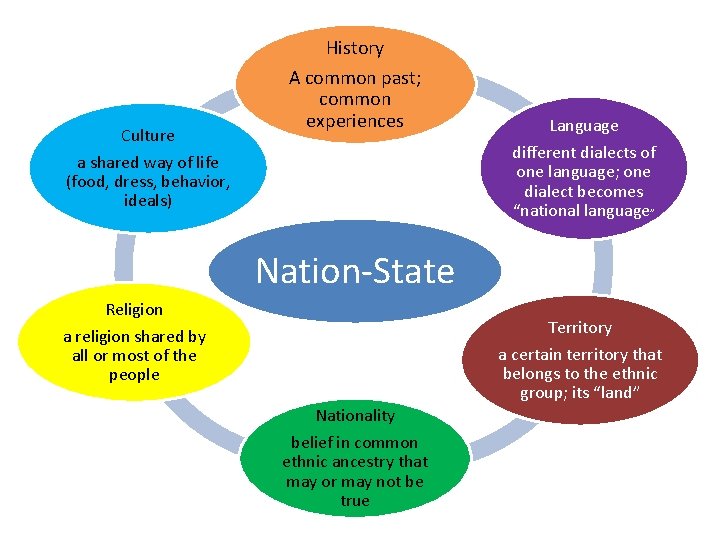 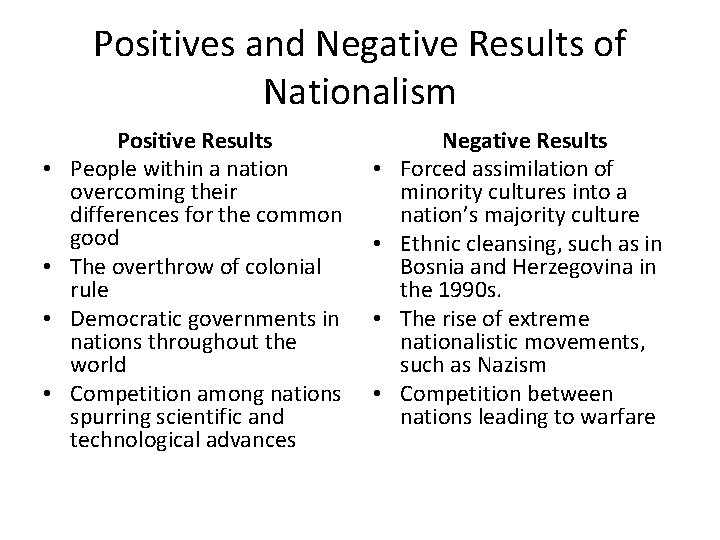 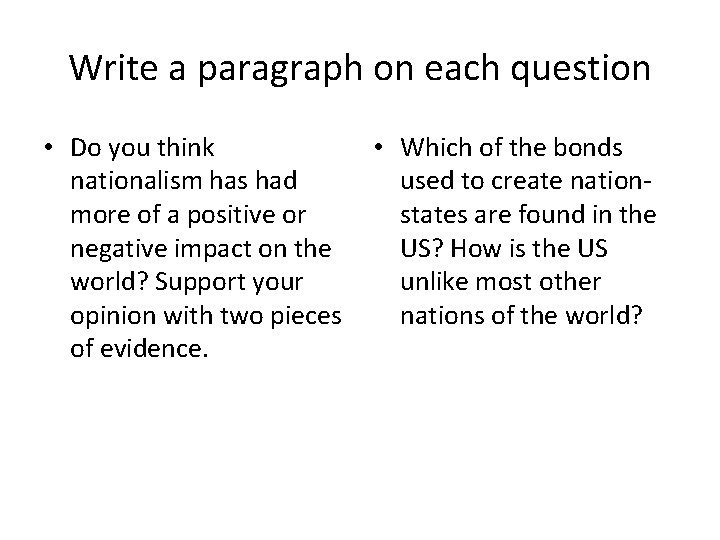 Please take out a clean sheet of binder paper and set up your Cornell notes. Your topic is Nationalism and your EQ is: Has nationalism had more of a positive or negative impact on the world? Now get ready to respond to the following 5 questions.

What are some symbols that represent America? • List 3 times when people celebrate being American? • How does it make you feel when other countries beat American teams or athletes in sporting events? • How do you react when you see protesters burning the American flag? • How is the United States different from most other countries of the world?

The roots of Nationalism • The belief that people should be loyal to their nation was not widespread until the late 1800’s. • Prior to this loyalty to a king or region was the norm. • Modern nationalism is tied to the spread of democratic ideas and the growth of an educated middle class. • People wanted to decide how they were governed, instead of having monarchs impose governments on them. • If a person is invested in their country they will have more connection to it.

History Culture a shared way of life (food, dress, behavior, ideals) A common past; common experiences Language different dialects of one language; one dialect becomes “national language” Nation-State Religion Territory a certain territory that belongs to the ethnic group; its “land” a religion shared by all or most of the people Nationality belief in common ethnic ancestry that may or may not be true

Positives and Negative Results of Nationalism • • Positive Results People within a nation overcoming their differences for the common good The overthrow of colonial rule Democratic governments in nations throughout the world Competition among nations spurring scientific and technological advances • • Negative Results Forced assimilation of minority cultures into a nation’s majority culture Ethnic cleansing, such as in Bosnia and Herzegovina in the 1990 s. The rise of extreme nationalistic movements, such as Nazism Competition between nations leading to warfare

Write a paragraph on each question • Do you think nationalism has had more of a positive or negative impact on the world? Support your opinion with two pieces of evidence. • Which of the bonds used to create nationstates are found in the US? How is the US unlike most other nations of the world? 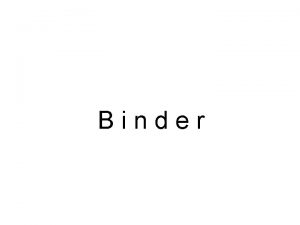 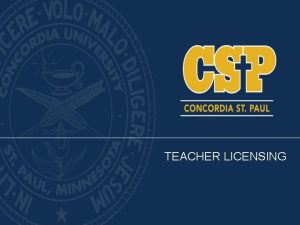 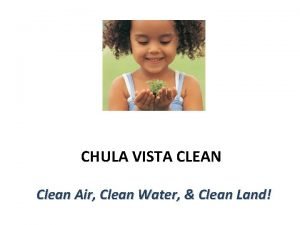 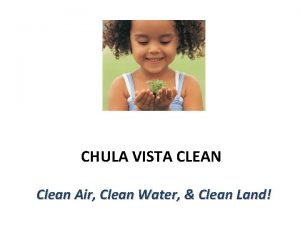 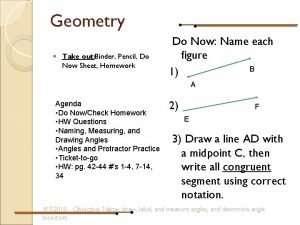