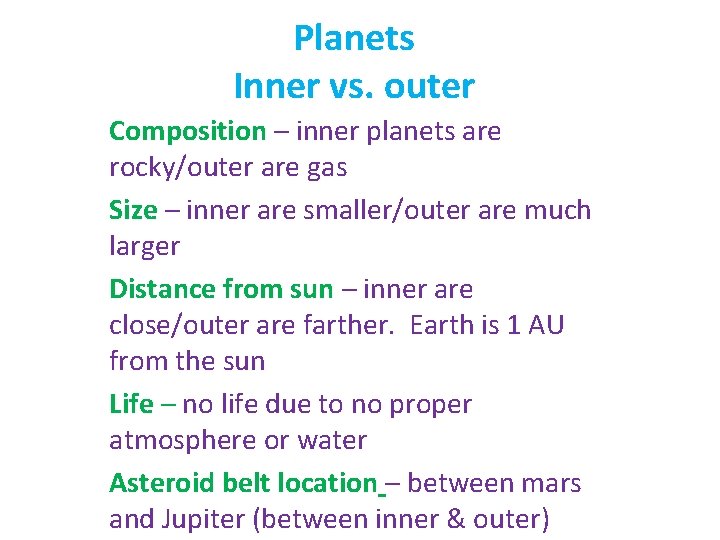 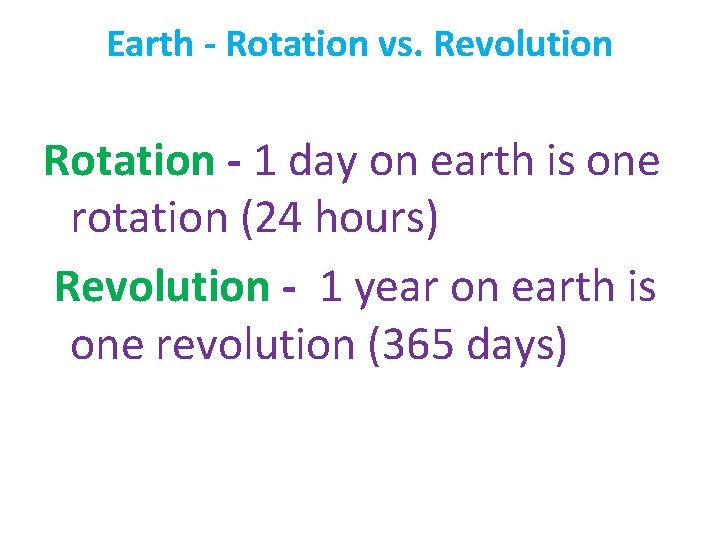 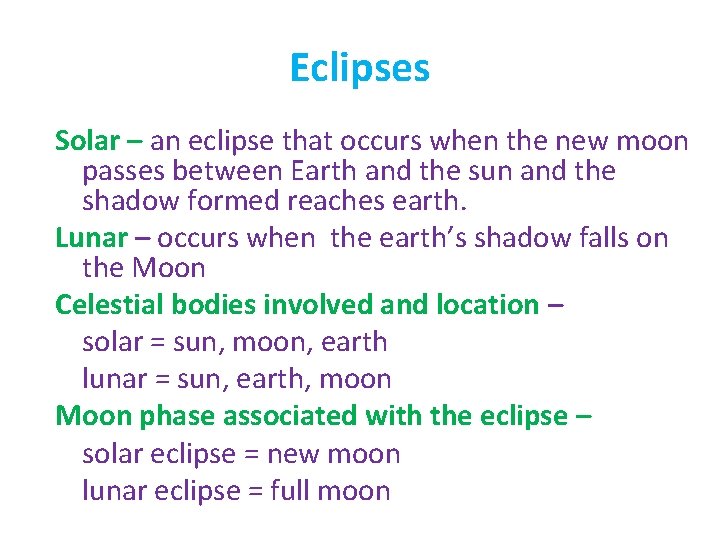 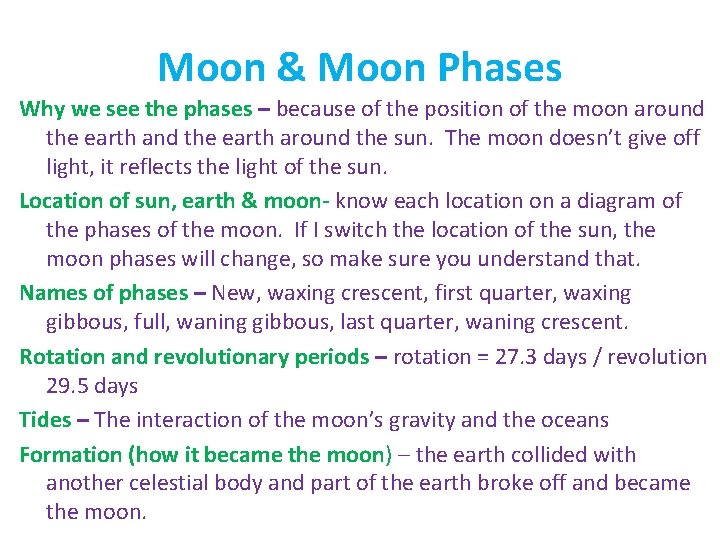 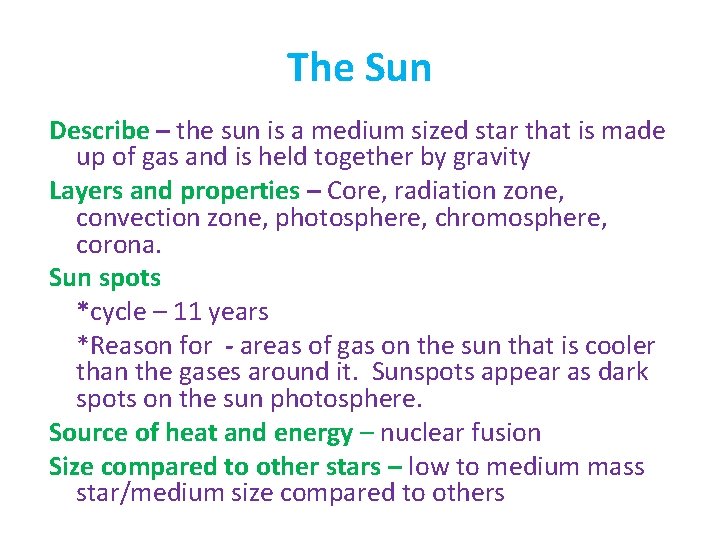 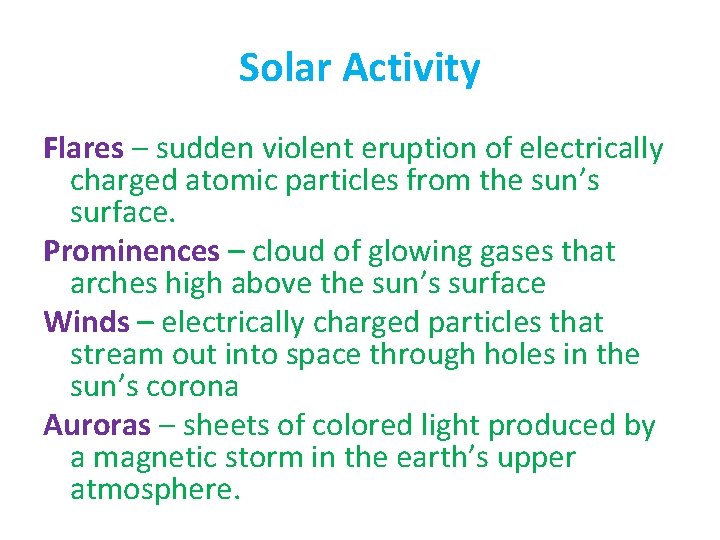 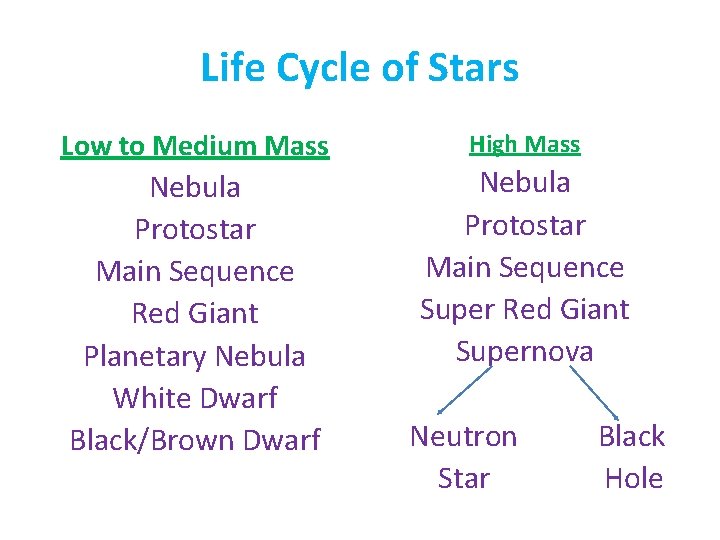 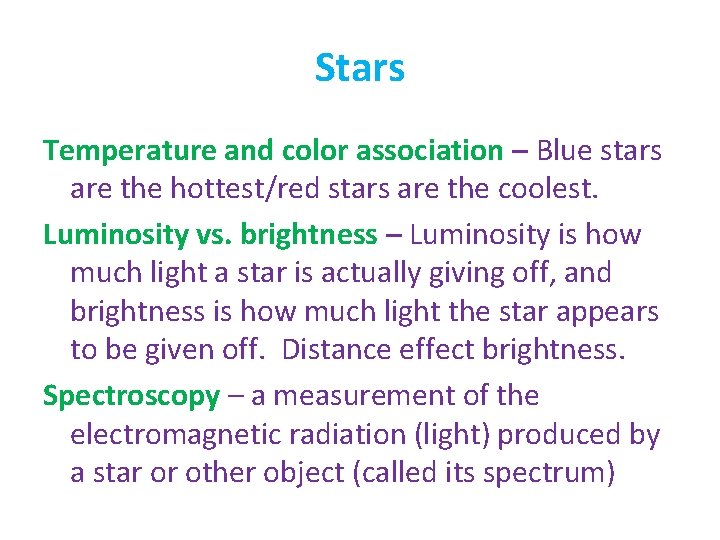 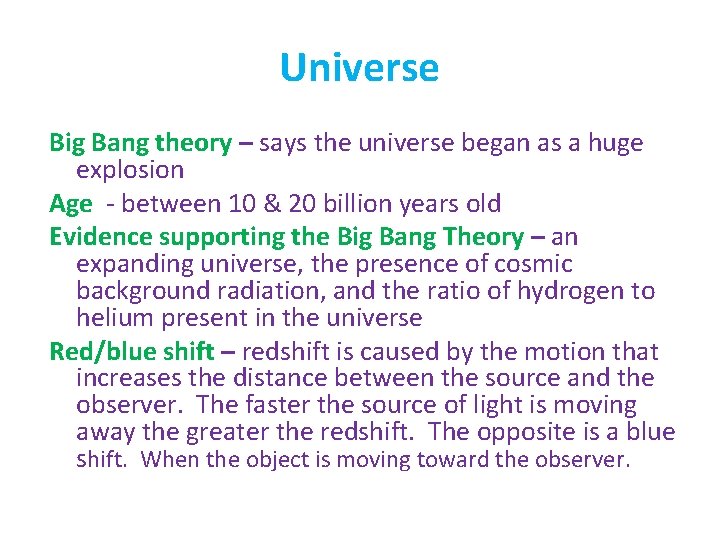 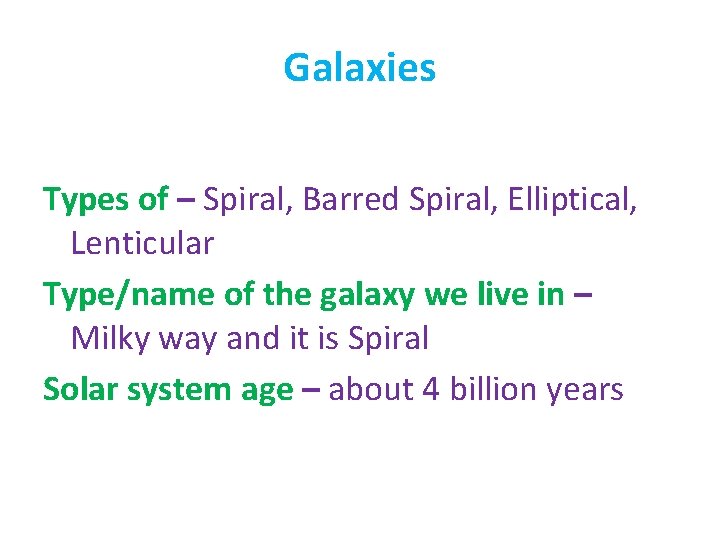 Planets Inner vs. outer Composition – inner planets are rocky/outer are gas Size – inner are smaller/outer are much larger Distance from sun – inner are close/outer are farther. Earth is 1 AU from the sun Life – no life due to no proper atmosphere or water Asteroid belt location – between mars and Jupiter (between inner & outer)

Moon & Moon Phases Why we see the phases – because of the position of the moon around the earth around the sun. The moon doesn’t give off light, it reflects the light of the sun. Location of sun, earth & moon- know each location on a diagram of the phases of the moon. If I switch the location of the sun, the moon phases will change, so make sure you understand that. Names of phases – New, waxing crescent, first quarter, waxing gibbous, full, waning gibbous, last quarter, waning crescent. Rotation and revolutionary periods – rotation = 27. 3 days / revolution 29. 5 days Tides – The interaction of the moon’s gravity and the oceans Formation (how it became the moon) – the earth collided with another celestial body and part of the earth broke off and became the moon.

The Sun Describe – the sun is a medium sized star that is made up of gas and is held together by gravity Layers and properties – Core, radiation zone, convection zone, photosphere, chromosphere, corona. Sun spots *cycle – 11 years *Reason for - areas of gas on the sun that is cooler than the gases around it. Sunspots appear as dark spots on the sun photosphere. Source of heat and energy – nuclear fusion Size compared to other stars – low to medium mass star/medium size compared to others

Universe Big Bang theory – says the universe began as a huge explosion Age - between 10 & 20 billion years old Evidence supporting the Big Bang Theory – an expanding universe, the presence of cosmic background radiation, and the ratio of hydrogen to helium present in the universe Red/blue shift – redshift is caused by the motion that increases the distance between the source and the observer. The faster the source of light is moving away the greater the redshift. The opposite is a blue shift. When the object is moving toward the observer.

Galaxies Types of – Spiral, Barred Spiral, Elliptical, Lenticular Type/name of the galaxy we live in – Milky way and it is Spiral Solar system age – about 4 billion years 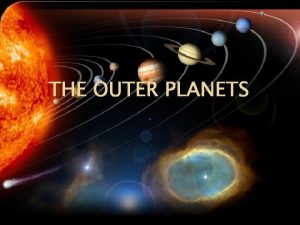 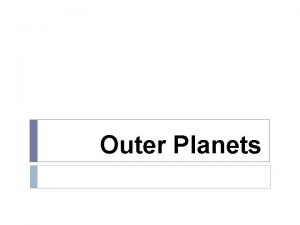 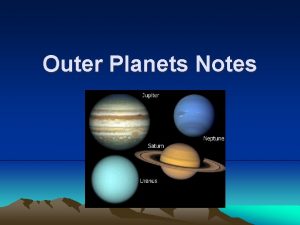 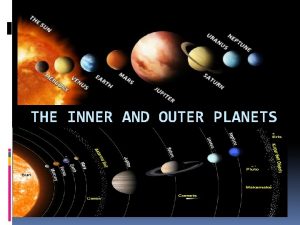 THE INNER AND OUTER PLANETS The Inner Planets 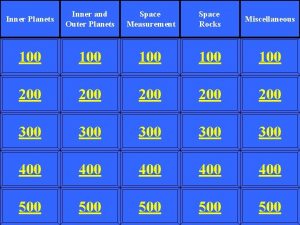 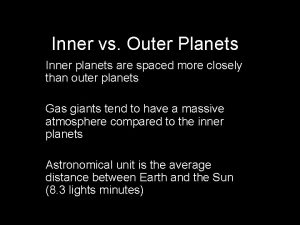 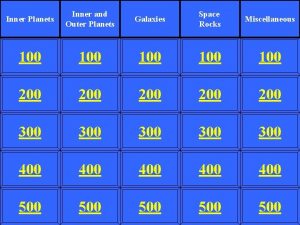 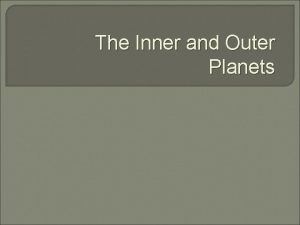 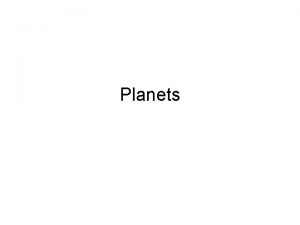