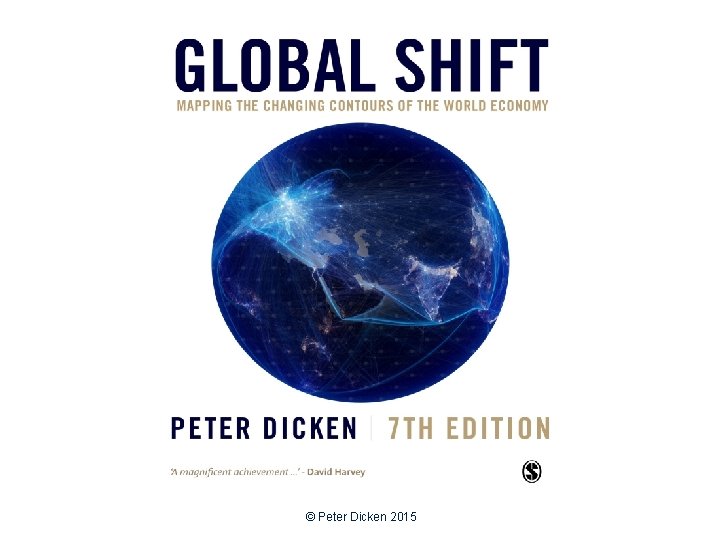 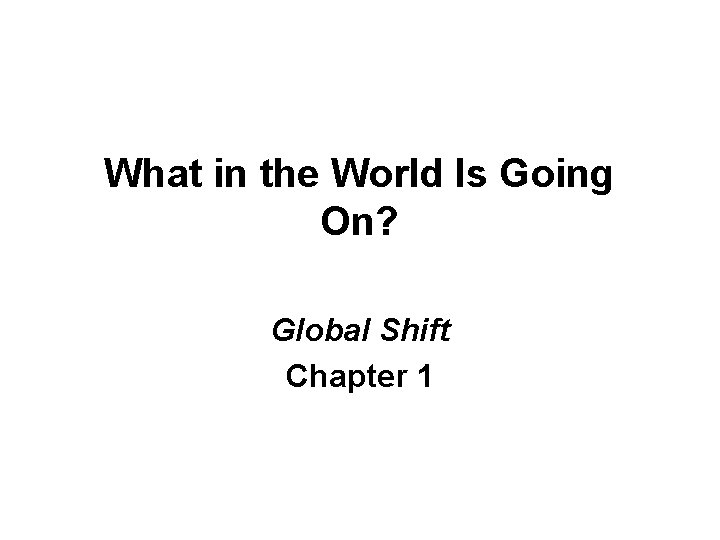 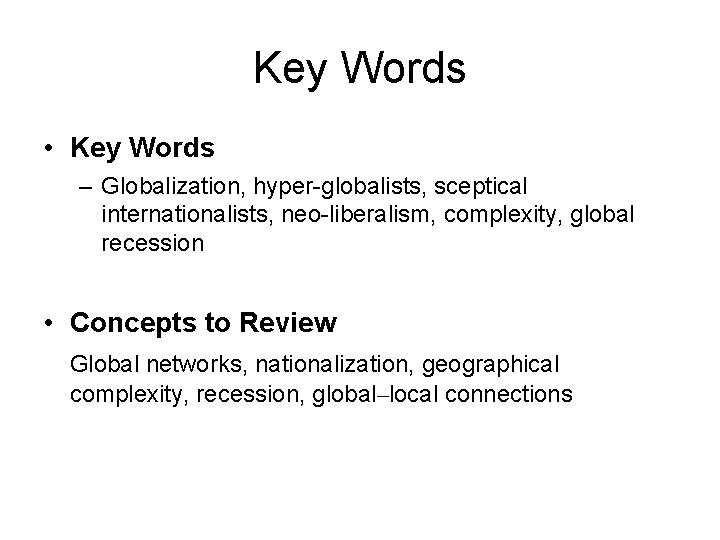 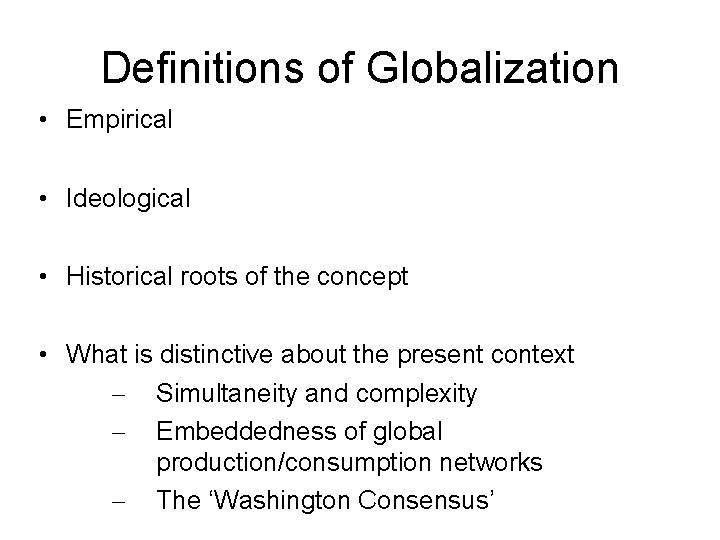 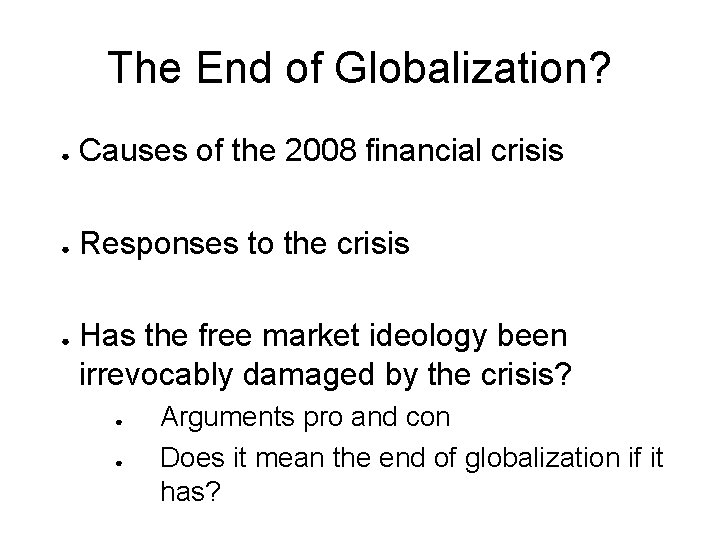 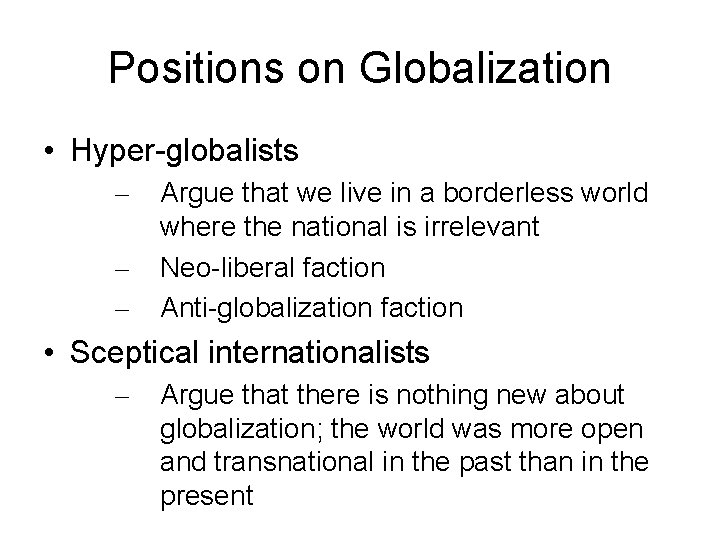 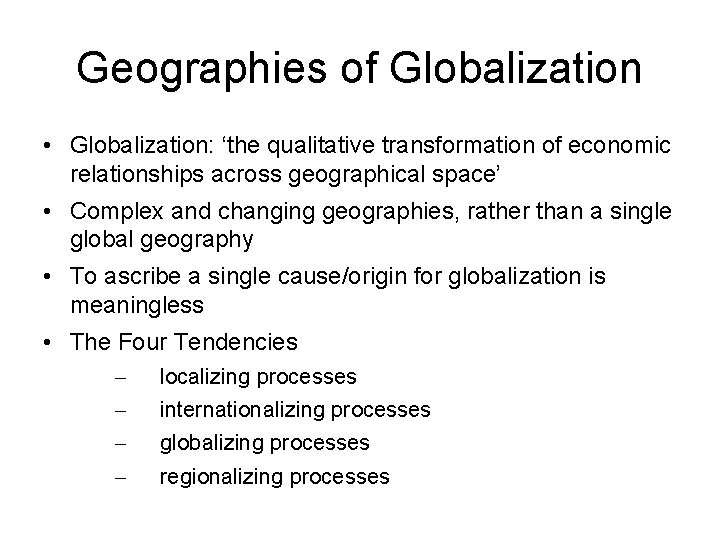 What in the World Is Going On? Global Shift Chapter 1

The End of Globalization? ● Causes of the 2008 financial crisis ● Responses to the crisis ● Has the free market ideology been irrevocably damaged by the crisis? ● ● Arguments pro and con Does it mean the end of globalization if it has?

Positions on Globalization • Hyper-globalists – – – Argue that we live in a borderless world where the national is irrelevant Neo-liberal faction Anti-globalization faction • Sceptical internationalists – Argue that there is nothing new about globalization; the world was more open and transnational in the past than in the present 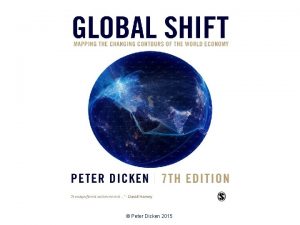 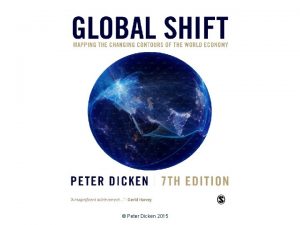 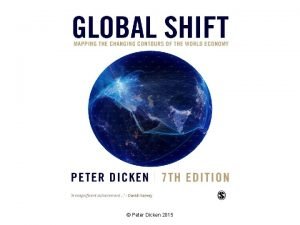 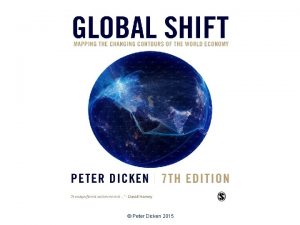 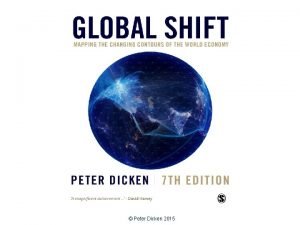 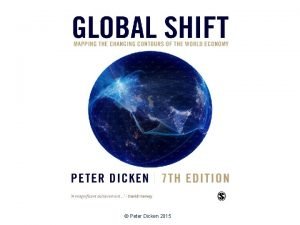