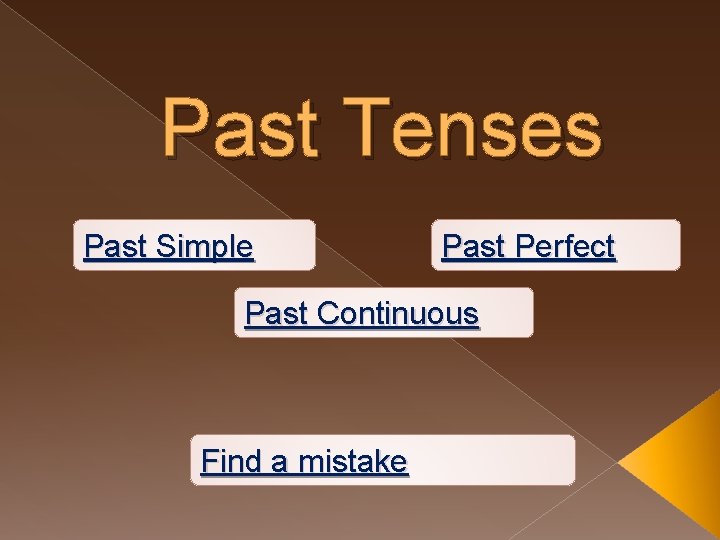 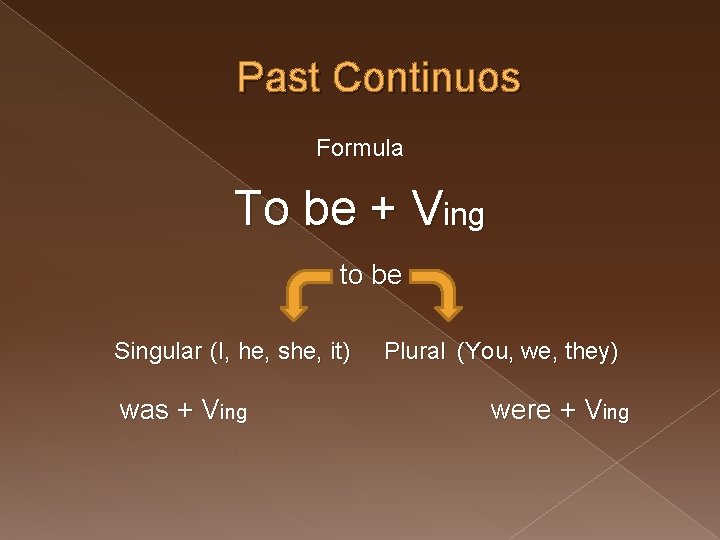 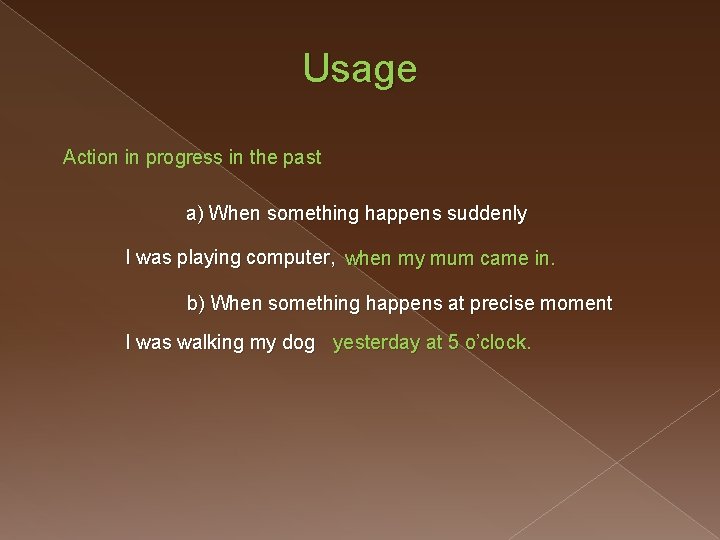 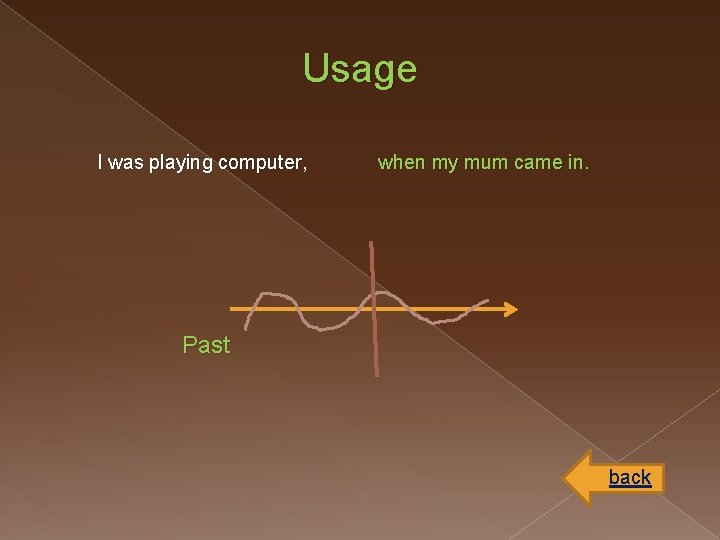 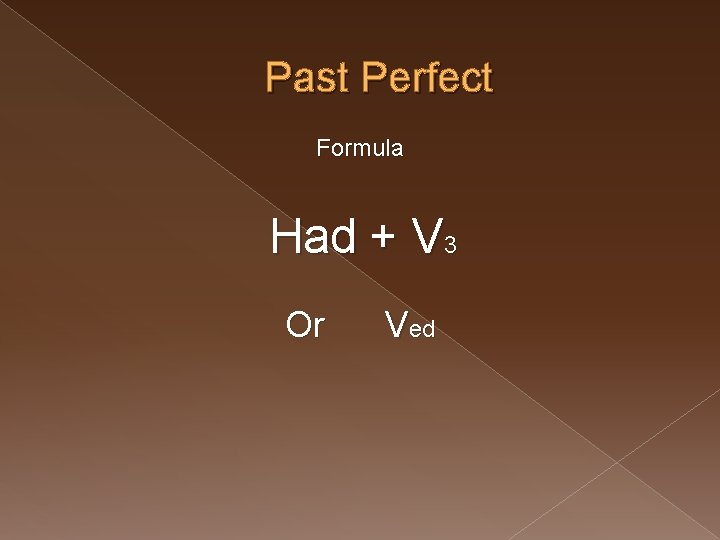 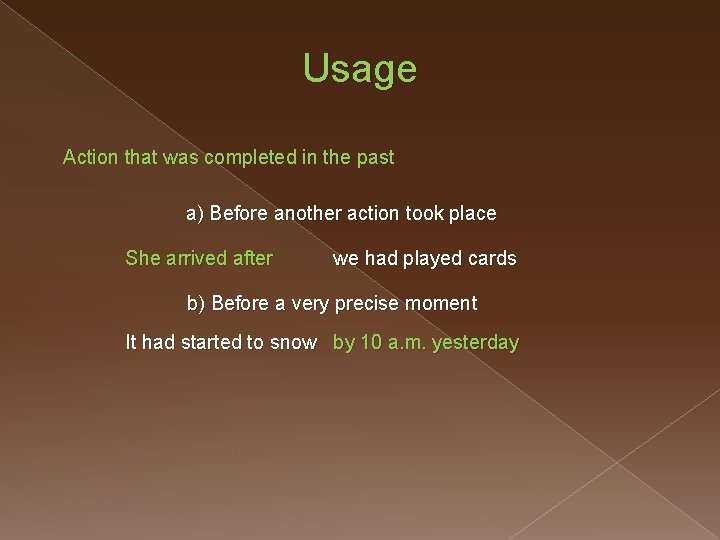 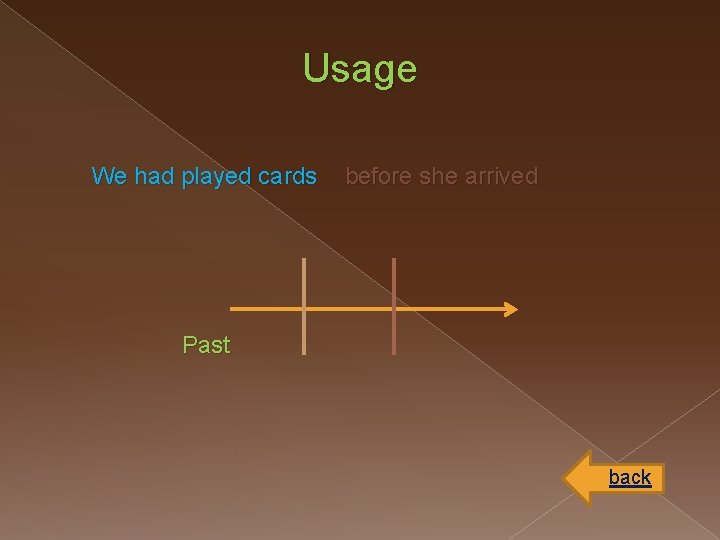 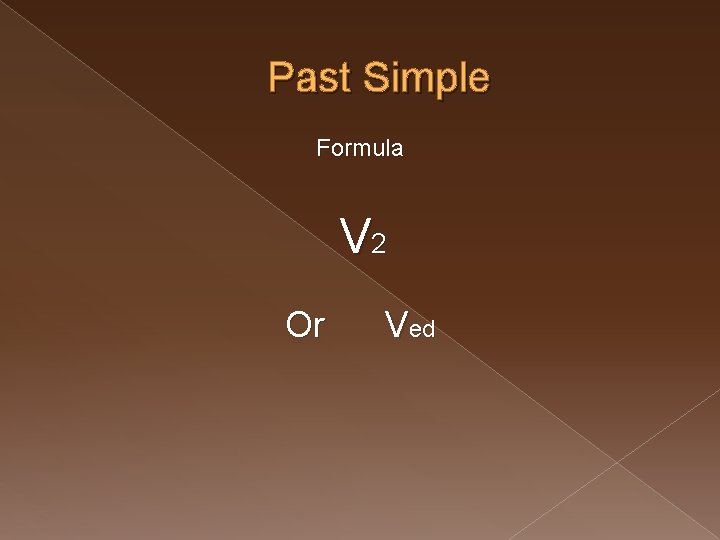 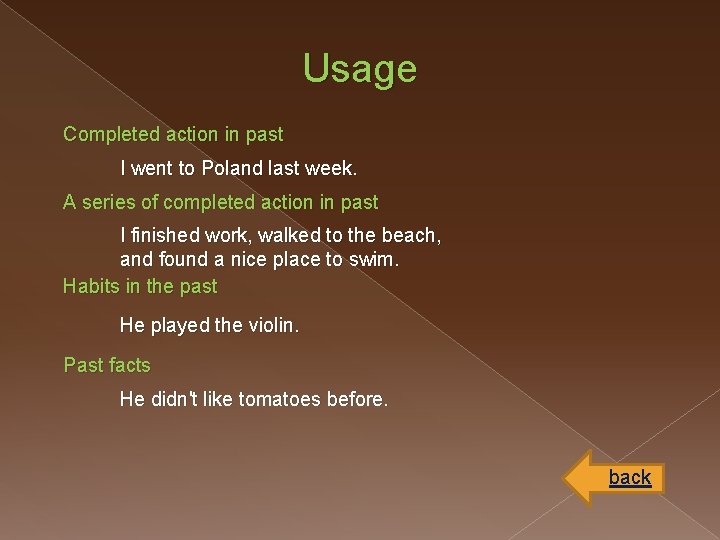 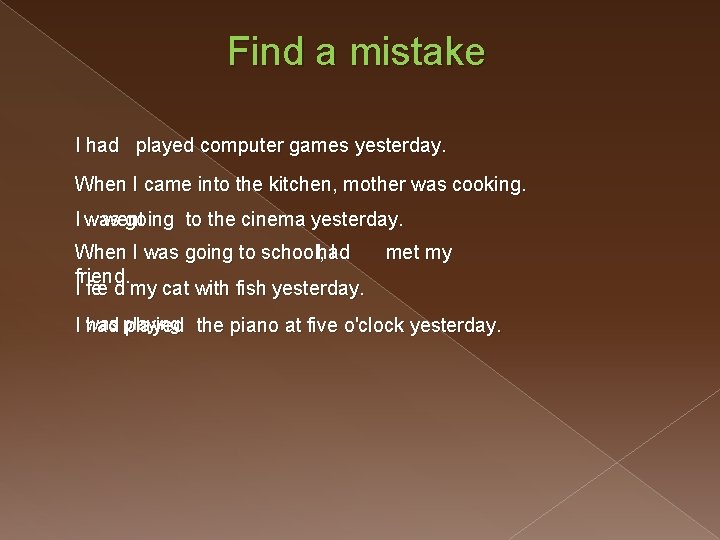 Past Tenses Past Simple Past Perfect Past Continuous Find a mistake

Usage I was playing computer, when my mum came in. Past back

Past Perfect Formula Had + V 3 Or Ved

Usage Action that was completed in the past a) Before another action took place She arrived after we had played cards b) Before a very precise moment It had started to snow by 10 a. m. yesterday

Usage We had played cards before she arrived Past back

Past Simple Formula V 2 Or Ved

Find a mistake I had played computer games yesterday. When I came into the kitchen, mother was cooking. I was went going to the cinema yesterday. When I was going to school, had I friend. I fee d my cat with fish yesterday. met my I was had playing played the piano at five o'clock yesterday. 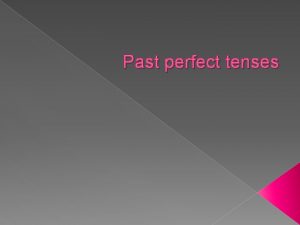 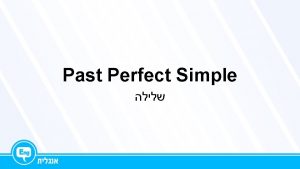 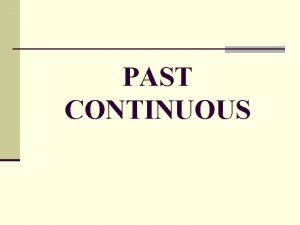 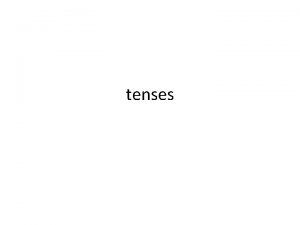 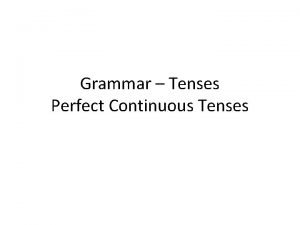 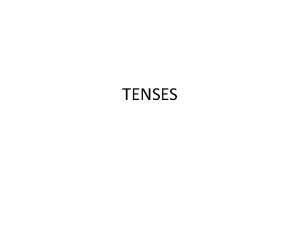 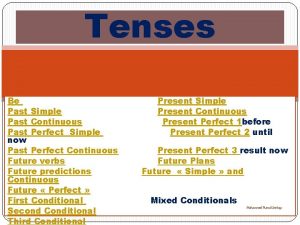 Tenses Be Past Simple Past Continuous Past Perfect 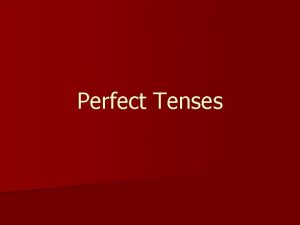 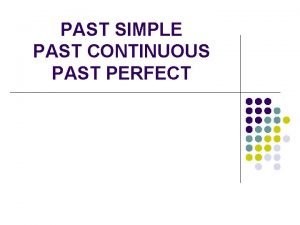