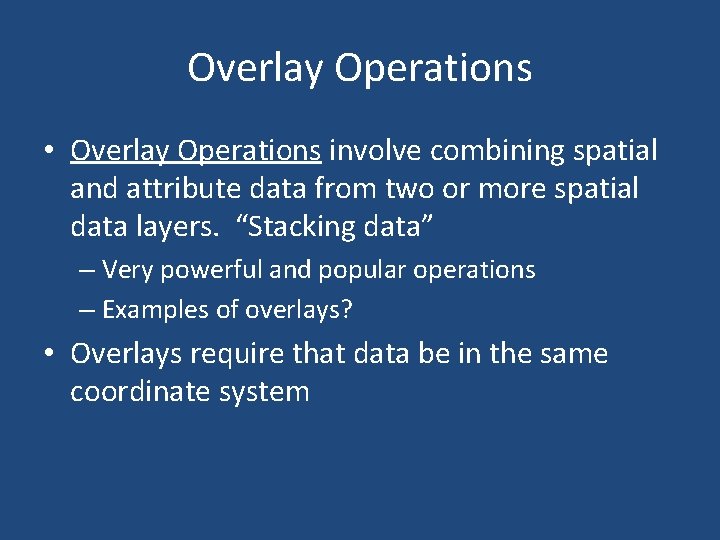 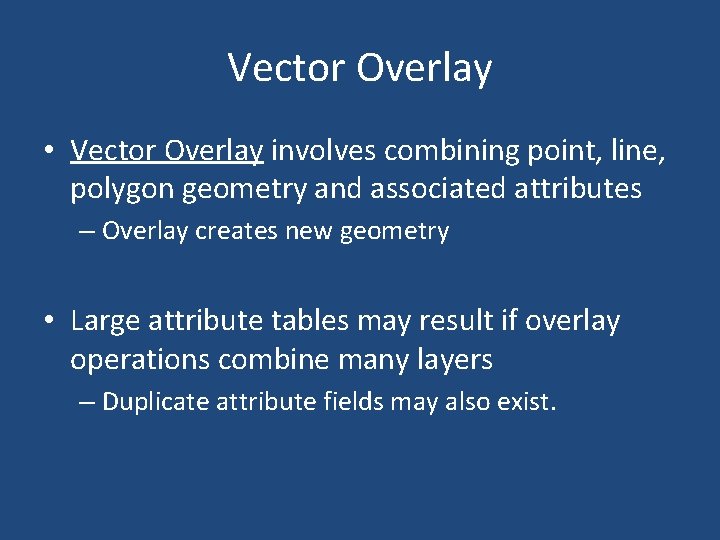 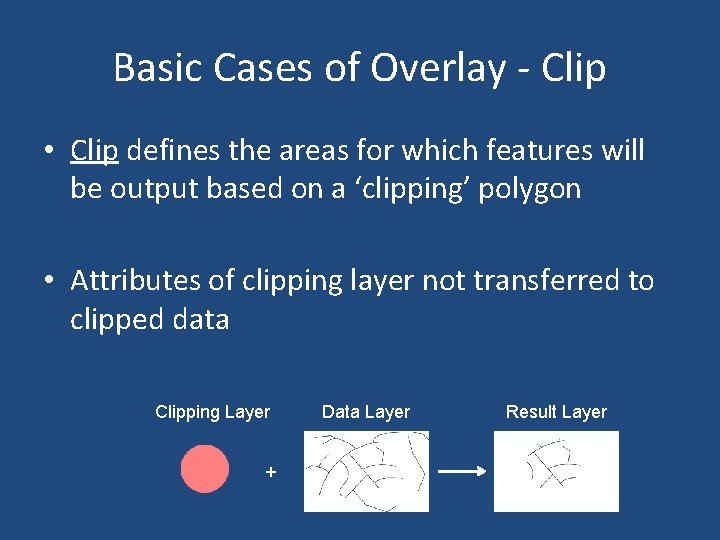 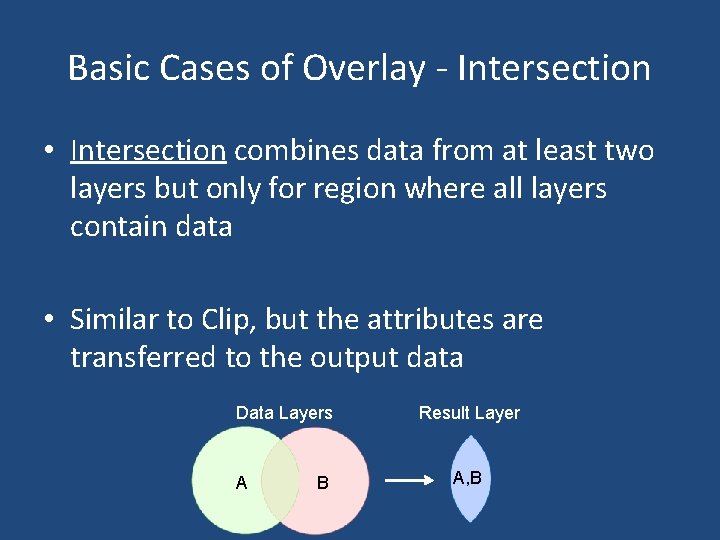 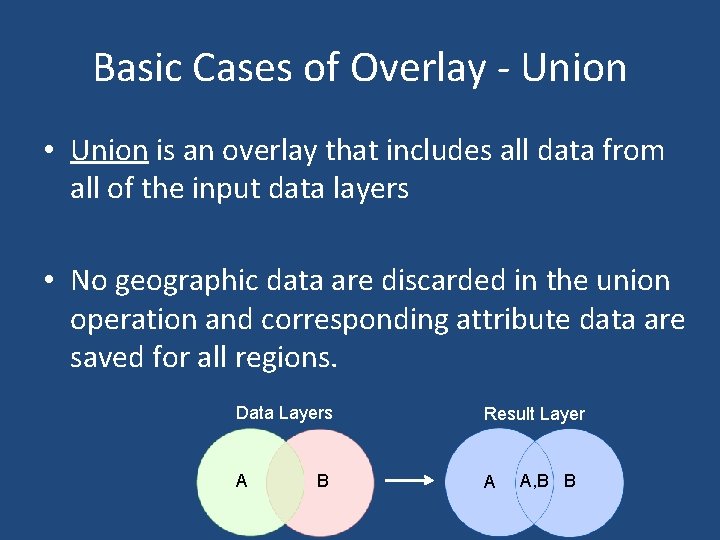 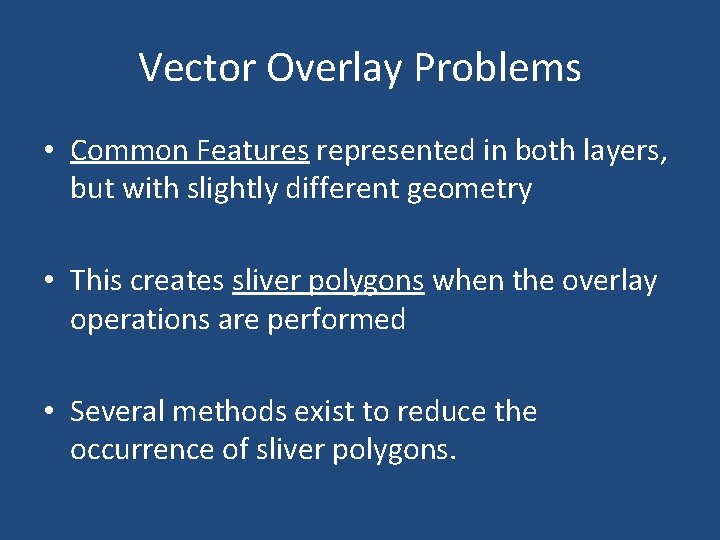 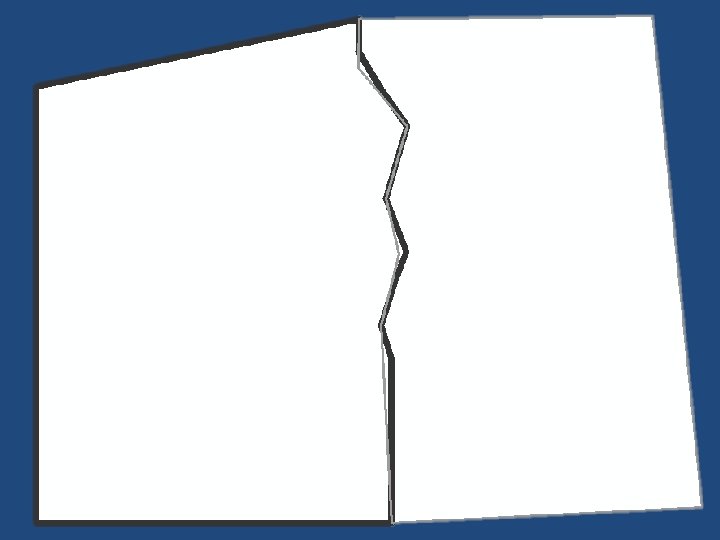 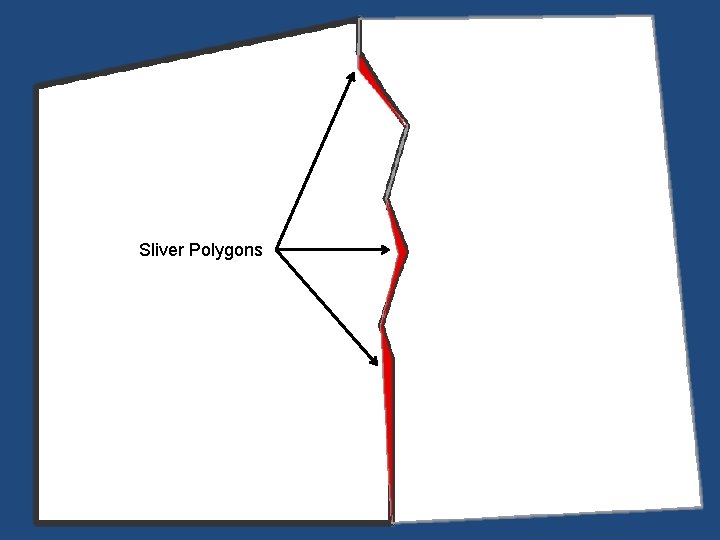 Basic Cases of Overlay - Intersection • Intersection combines data from at least two layers but only for region where all layers contain data • Similar to Clip, but the attributes are transferred to the output data Data Layers A B Result Layer A, B

Basic Cases of Overlay - Union • Union is an overlay that includes all data from all of the input data layers • No geographic data are discarded in the union operation and corresponding attribute data are saved for all regions. Data Layers A B Result Layer A A, B B

Vector Overlay Problems • Common Features represented in both layers, but with slightly different geometry • This creates sliver polygons when the overlay operations are performed • Several methods exist to reduce the occurrence of sliver polygons. 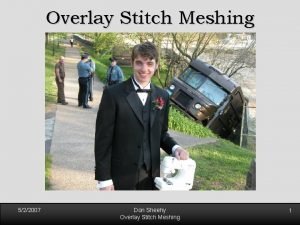 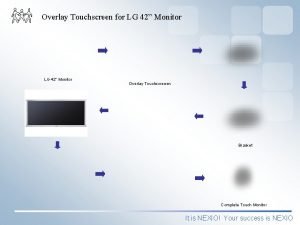 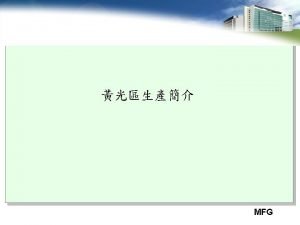 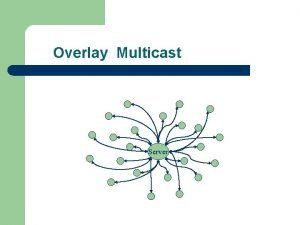 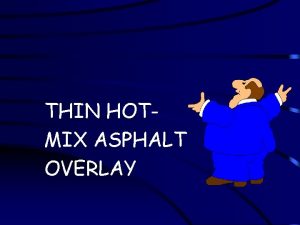 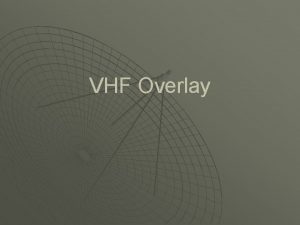 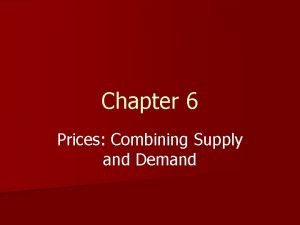