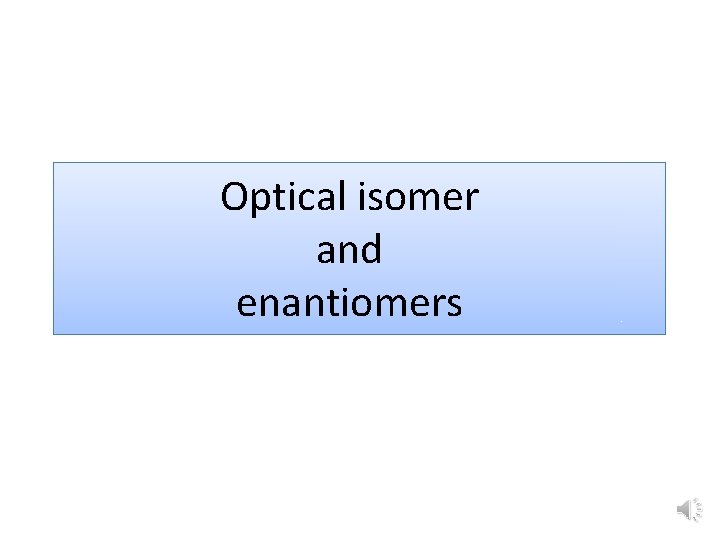 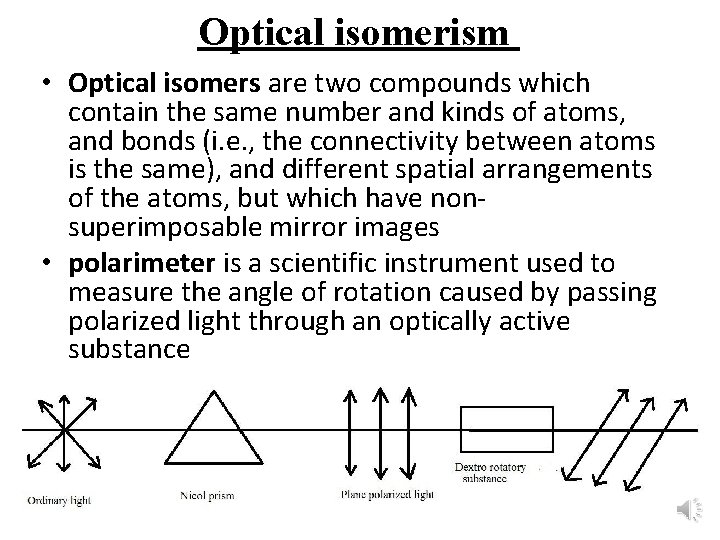 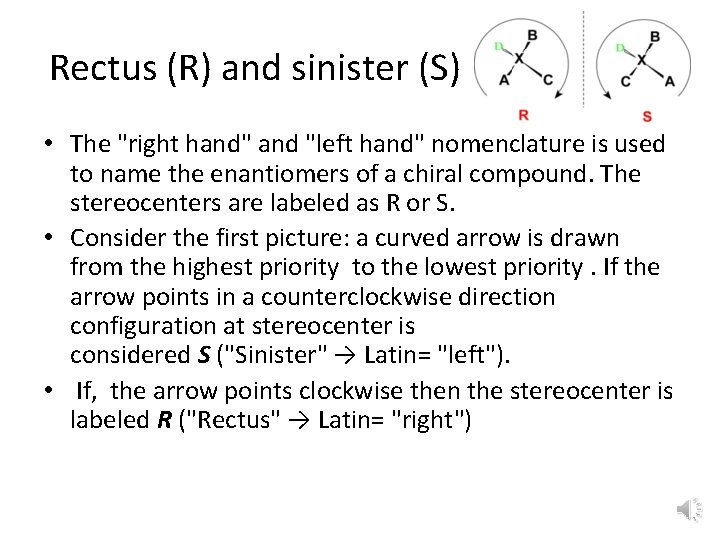 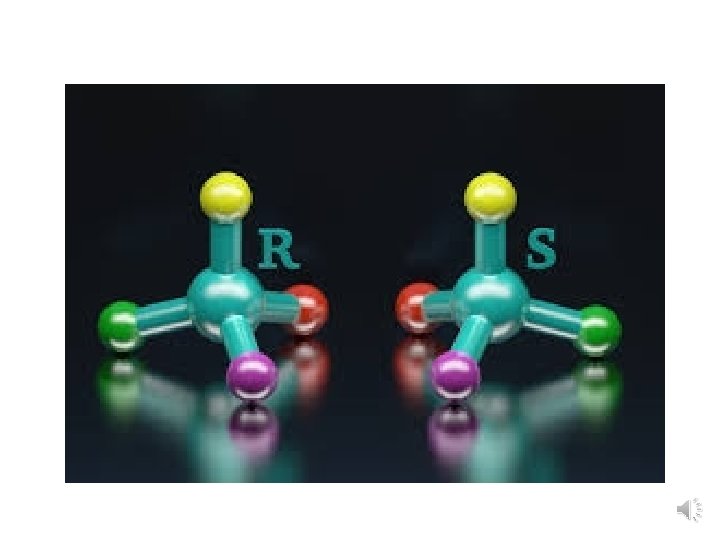 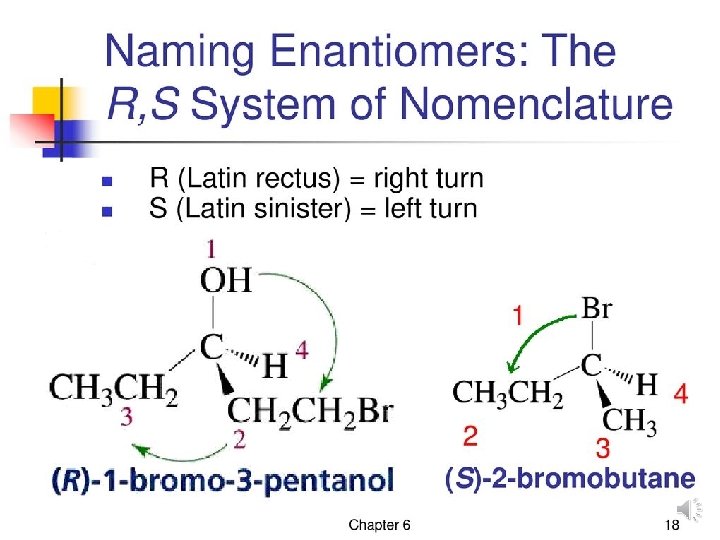 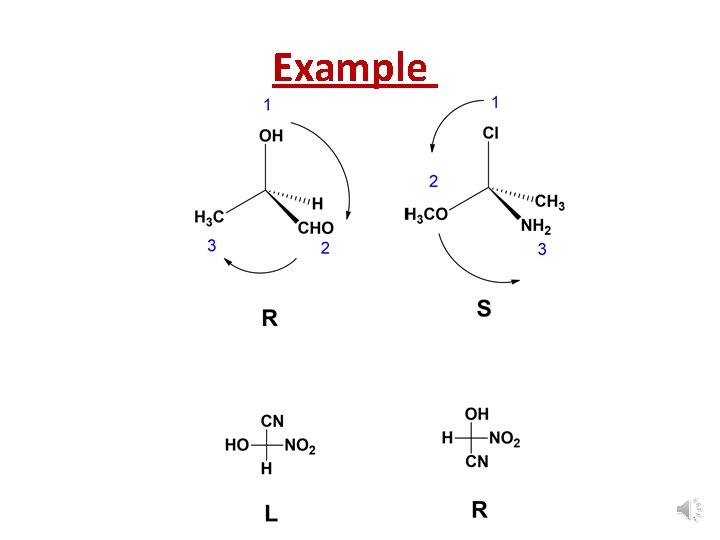 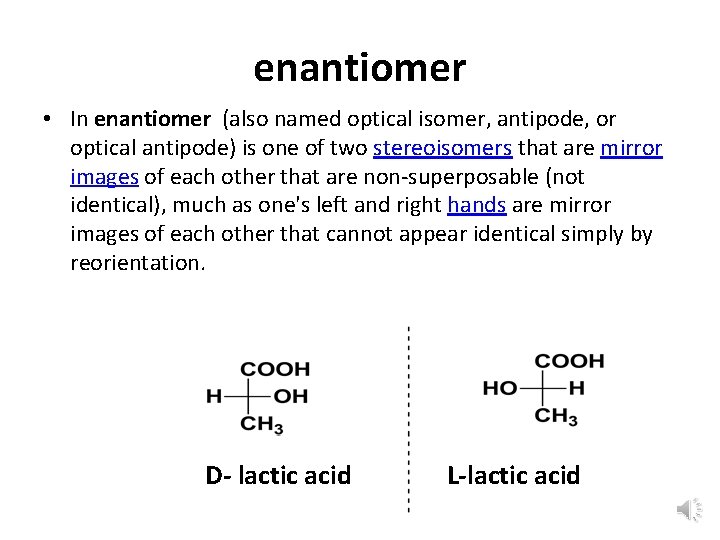 Optical isomerism • Optical isomers are two compounds which contain the same number and kinds of atoms, and bonds (i. e. , the connectivity between atoms is the same), and different spatial arrangements of the atoms, but which have nonsuperimposable mirror images • polarimeter is a scientific instrument used to measure the angle of rotation caused by passing polarized light through an optically active substance

Rectus (R) and sinister (S) • The "right hand" and "left hand" nomenclature is used to name the enantiomers of a chiral compound. The stereocenters are labeled as R or S. • Consider the first picture: a curved arrow is drawn from the highest priority to the lowest priority. If the arrow points in a counterclockwise direction configuration at stereocenter is considered S ("Sinister" → Latin= "left"). • If, the arrow points clockwise then the stereocenter is labeled R ("Rectus" → Latin= "right") 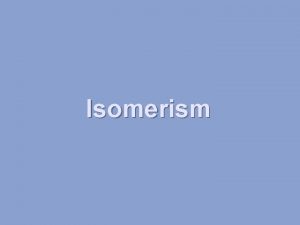 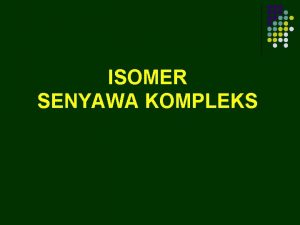 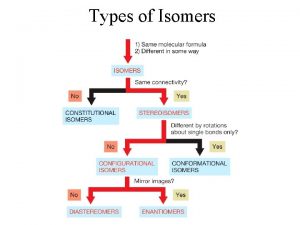 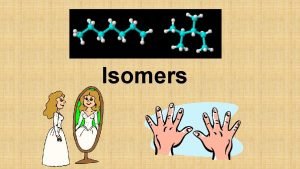 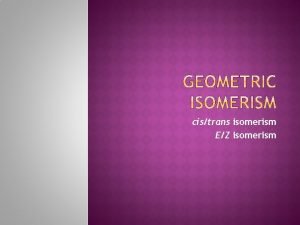 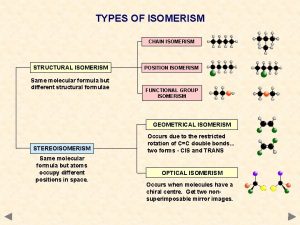