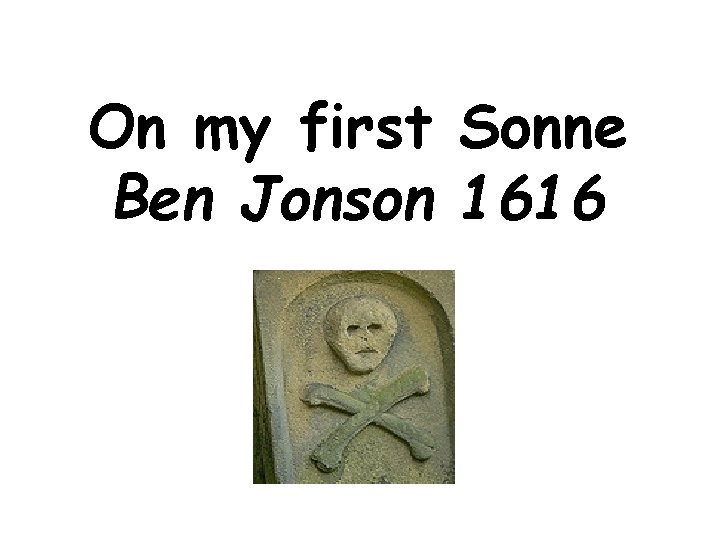 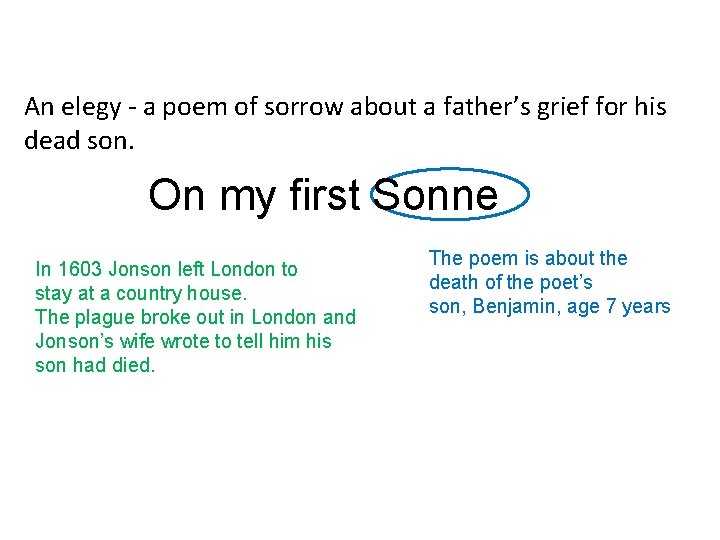 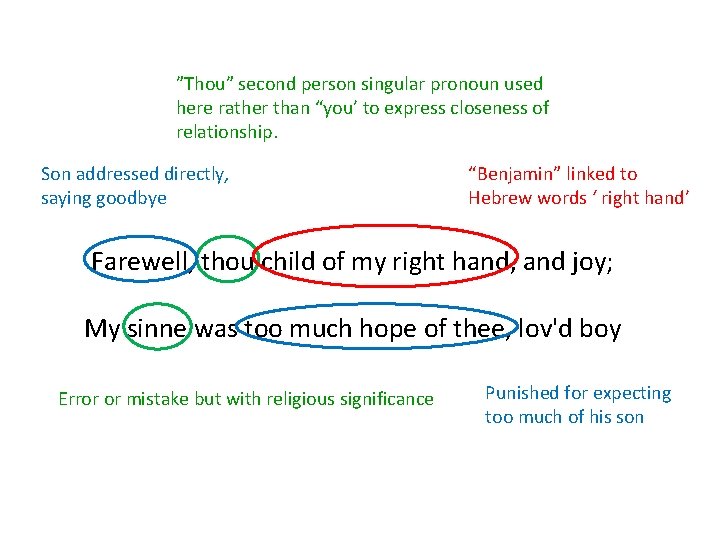 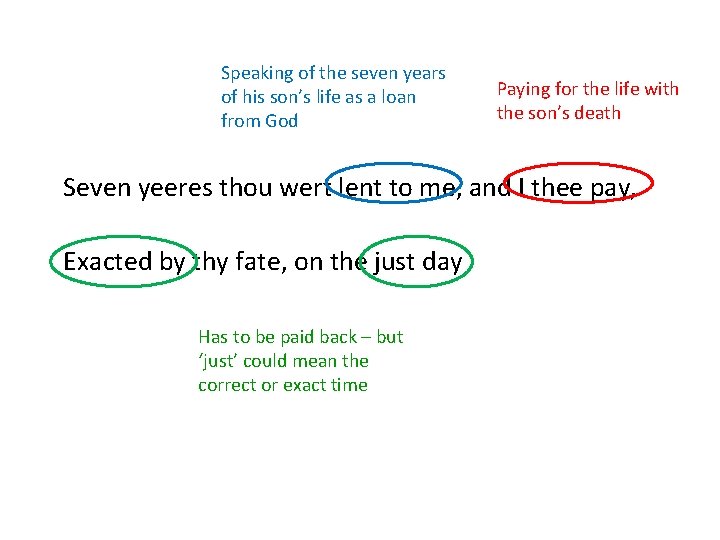 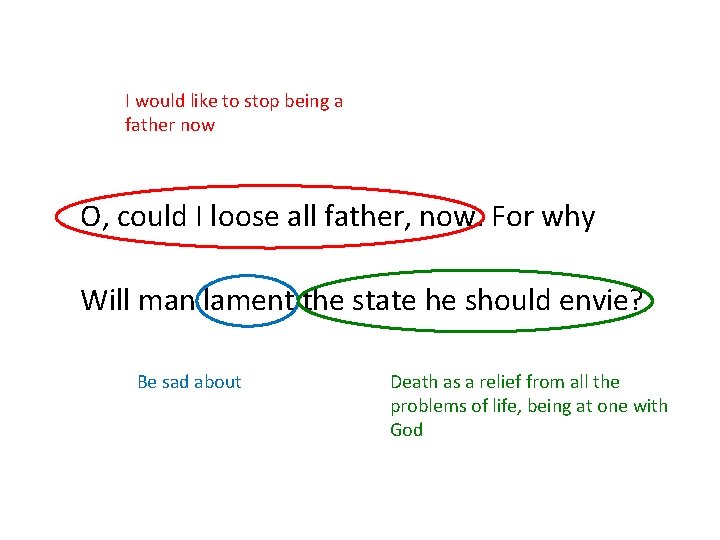 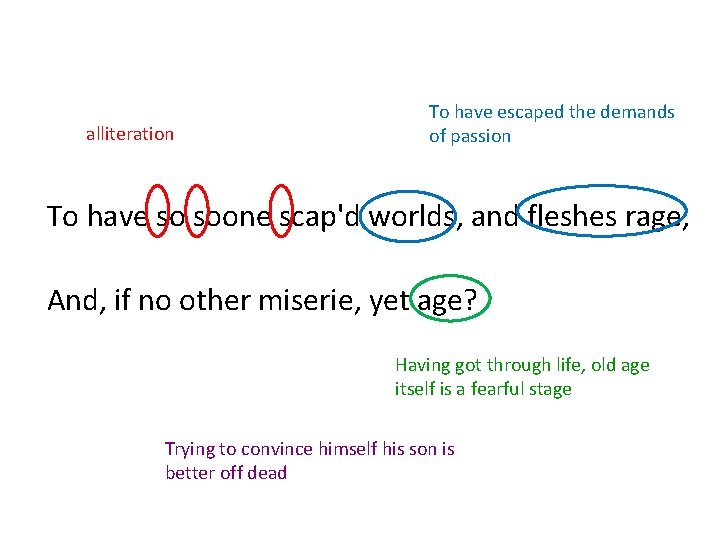 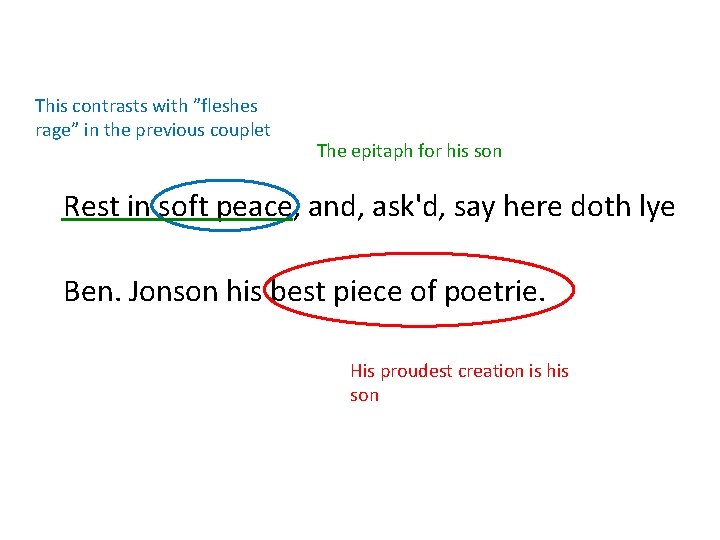 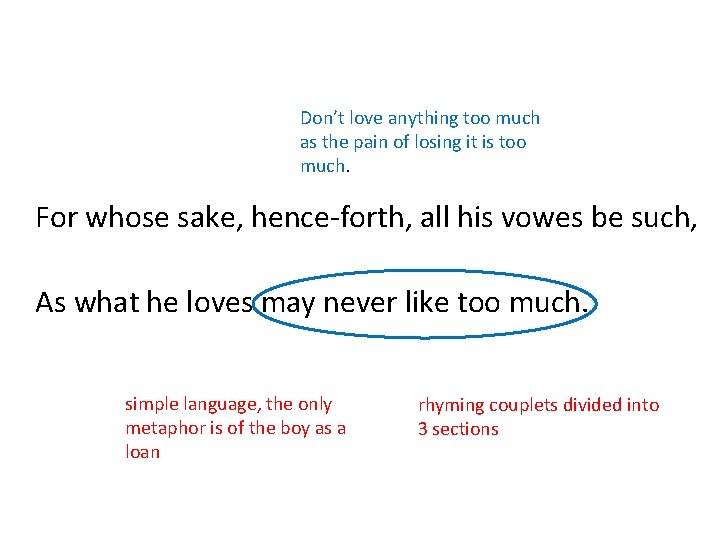 An elegy - a poem of sorrow about a father’s grief for his dead son. On my first Sonne In 1603 Jonson left London to stay at a country house. The plague broke out in London and Jonson’s wife wrote to tell him his son had died. The poem is about the death of the poet’s son, Benjamin, age 7 years

”Thou” second person singular pronoun used here rather than “you’ to express closeness of relationship. Son addressed directly, saying goodbye “Benjamin” linked to Hebrew words ‘ right hand’ Farewell, thou child of my right hand, and joy; My sinne was too much hope of thee, lov'd boy Error or mistake but with religious significance Punished for expecting too much of his son

Speaking of the seven years of his son’s life as a loan from God Paying for the life with the son’s death Seven yeeres thou wert lent to me, and I thee pay, Exacted by thy fate, on the just day Has to be paid back – but ‘just’ could mean the correct or exact time

I would like to stop being a father now O, could I loose all father, now. For why Will man lament the state he should envie? Be sad about Death as a relief from all the problems of life, being at one with God

alliteration To have escaped the demands of passion To have so soone scap'd worlds, and fleshes rage, And, if no other miserie, yet age? Having got through life, old age itself is a fearful stage Trying to convince himself his son is better off dead

This contrasts with ”fleshes rage” in the previous couplet The epitaph for his son Rest in soft peace, and, ask'd, say here doth lye Ben. Jonson his best piece of poetrie. His proudest creation is his son

Don’t love anything too much as the pain of losing it is too much. For whose sake, hence-forth, all his vowes be such, As what he loves may never like too much. simple language, the only metaphor is of the boy as a loan rhyming couplets divided into 3 sections 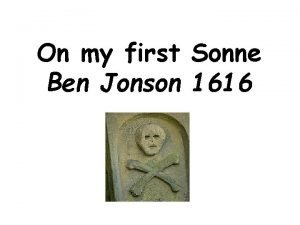 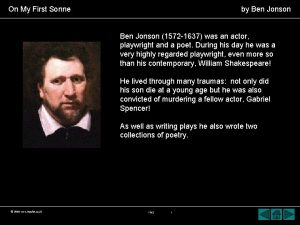 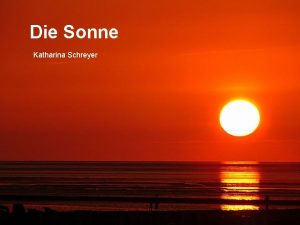 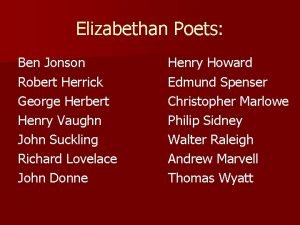 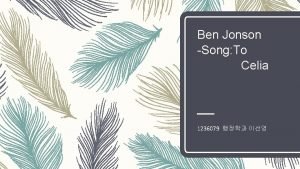 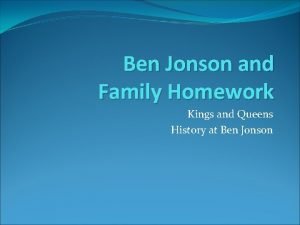 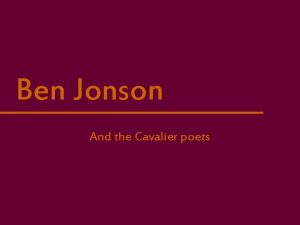