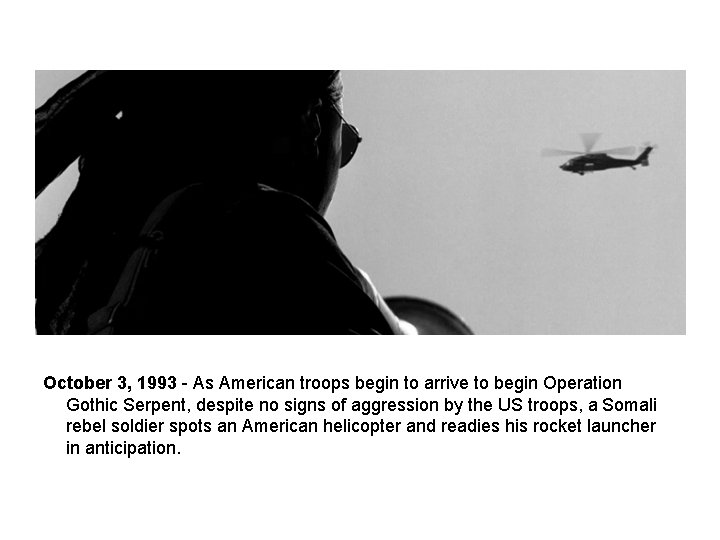 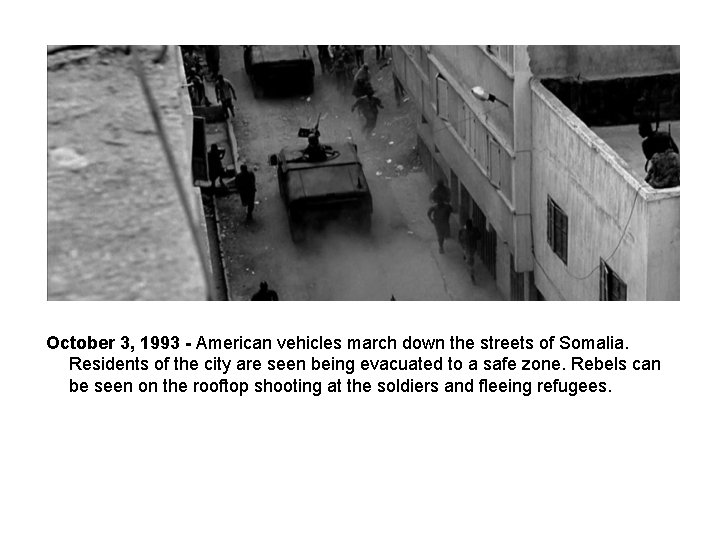 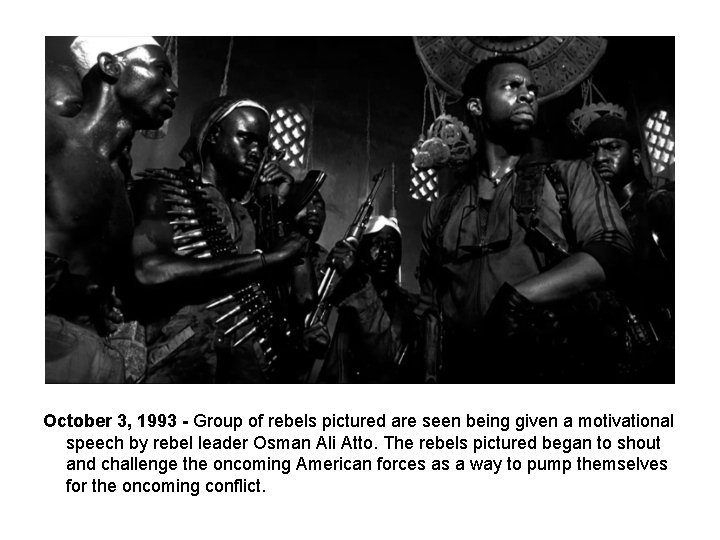 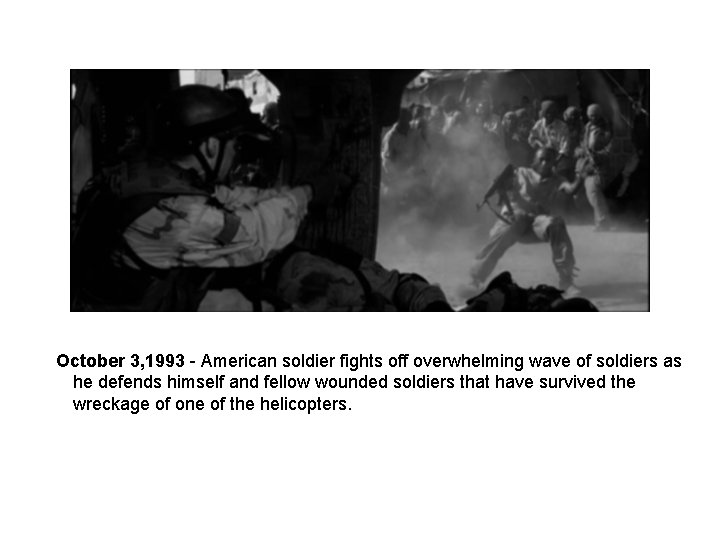 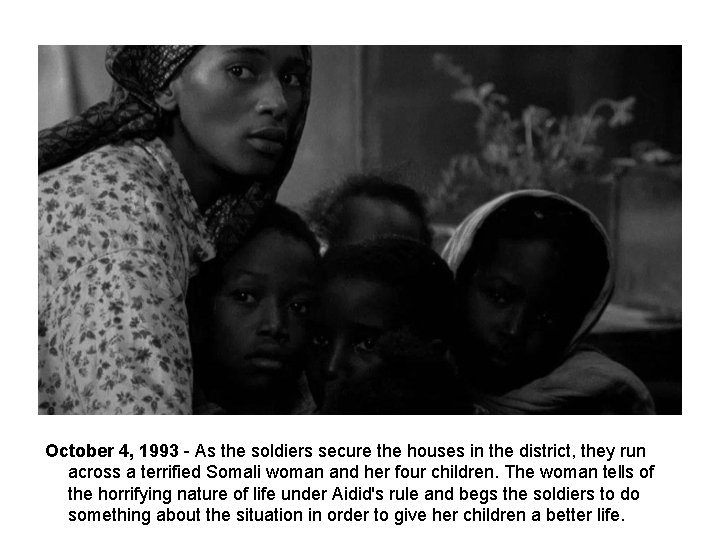 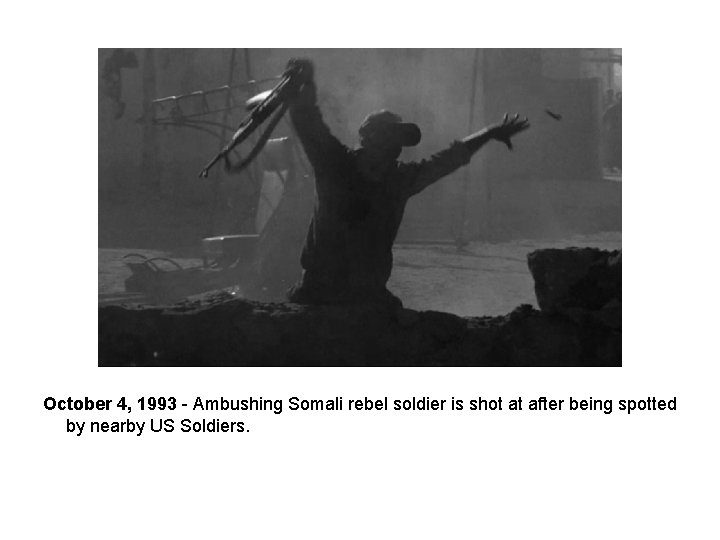 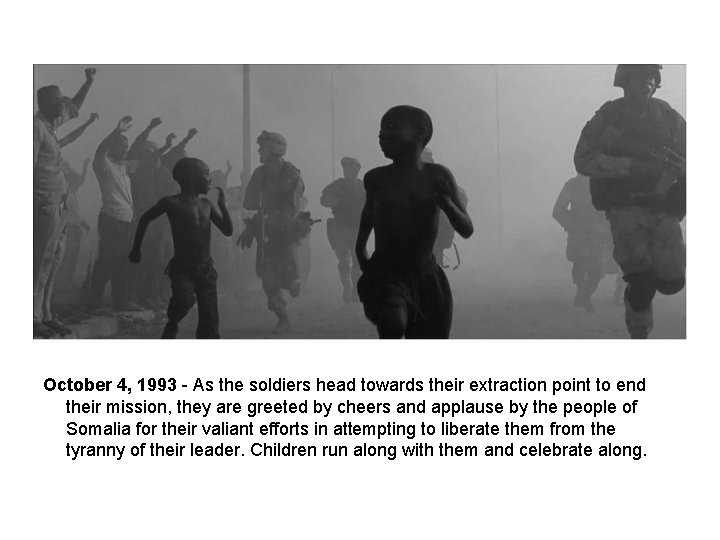 October 3, 1993 - As American troops begin to arrive to begin Operation Gothic Serpent, despite no signs of aggression by the US troops, a Somali rebel soldier spots an American helicopter and readies his rocket launcher in anticipation.

October 3, 1993 - American vehicles march down the streets of Somalia. Residents of the city are seen being evacuated to a safe zone. Rebels can be seen on the rooftop shooting at the soldiers and fleeing refugees.

October 3, 1993 - American soldier fights off overwhelming wave of soldiers as he defends himself and fellow wounded soldiers that have survived the wreckage of one of the helicopters.

October 4, 1993 - As the soldiers secure the houses in the district, they run across a terrified Somali woman and her four children. The woman tells of the horrifying nature of life under Aidid's rule and begs the soldiers to do something about the situation in order to give her children a better life.

October 4, 1993 - Ambushing Somali rebel soldier is shot at after being spotted by nearby US Soldiers.

October 4, 1993 - As the soldiers head towards their extraction point to end their mission, they are greeted by cheers and applause by the people of Somalia for their valiant efforts in attempting to liberate them from the tyranny of their leader. Children run along with them and celebrate along. 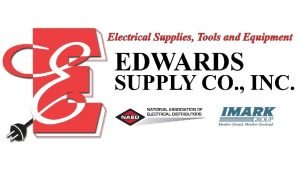 WHERE DID WE BEGIN BEGIN 1993 Company started 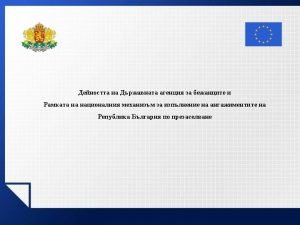 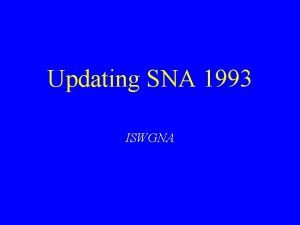 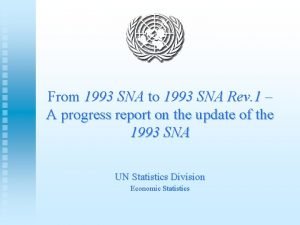 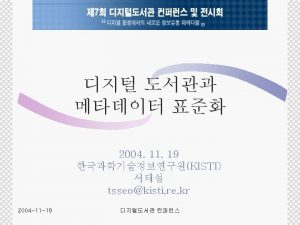 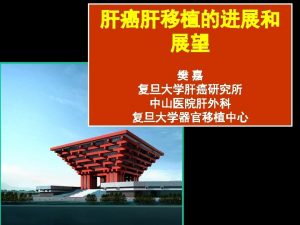