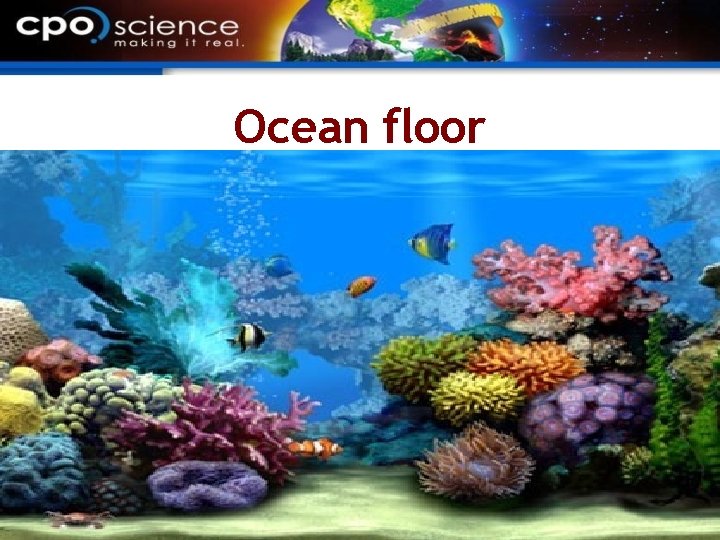 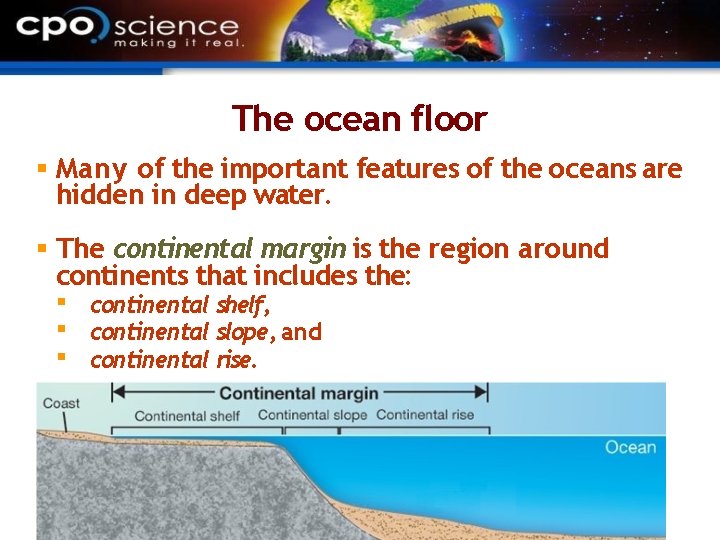 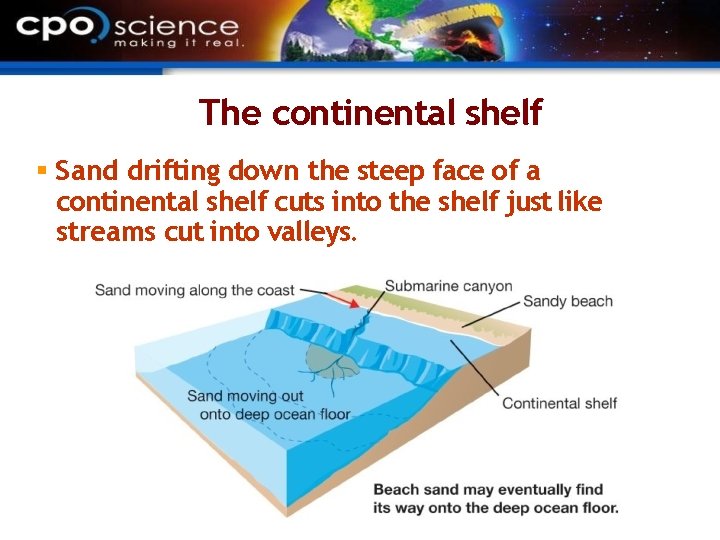 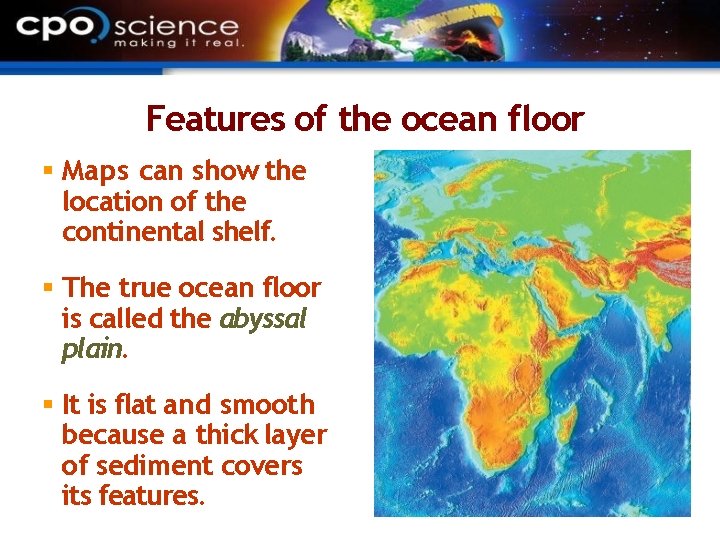 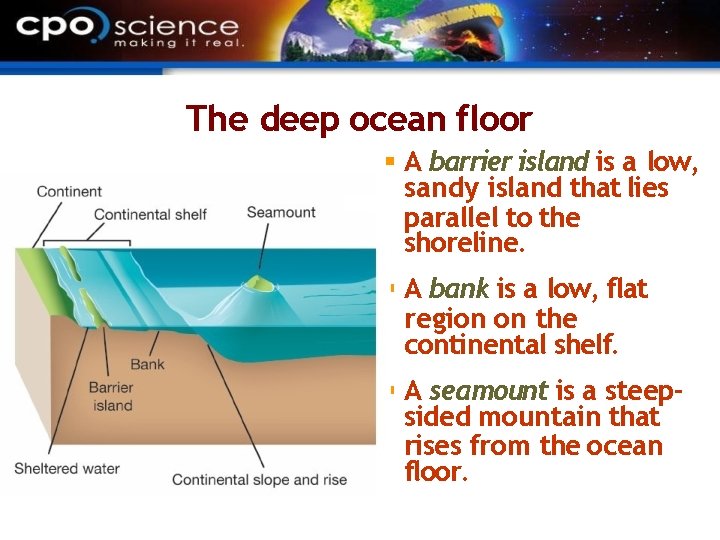 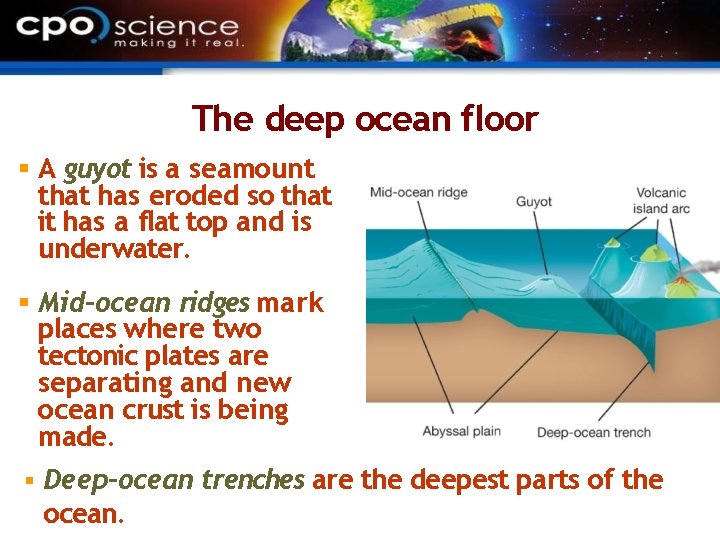 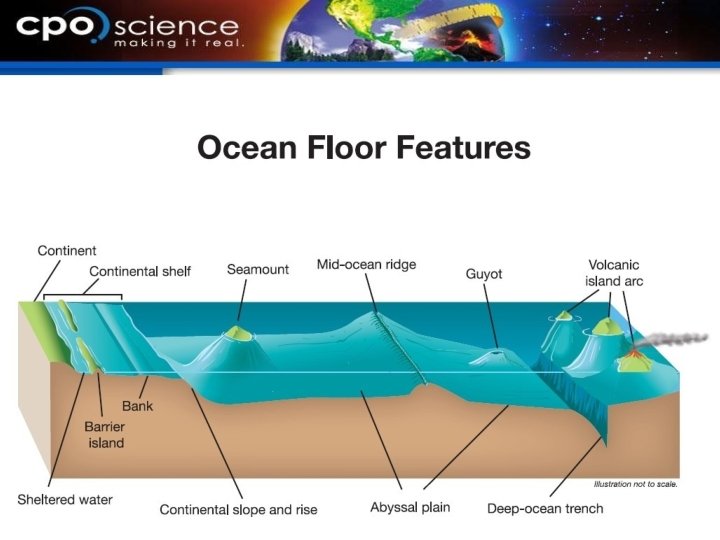 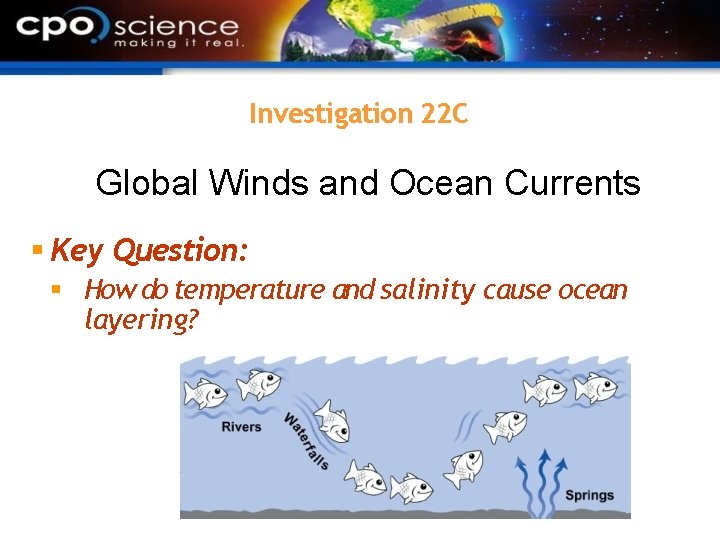 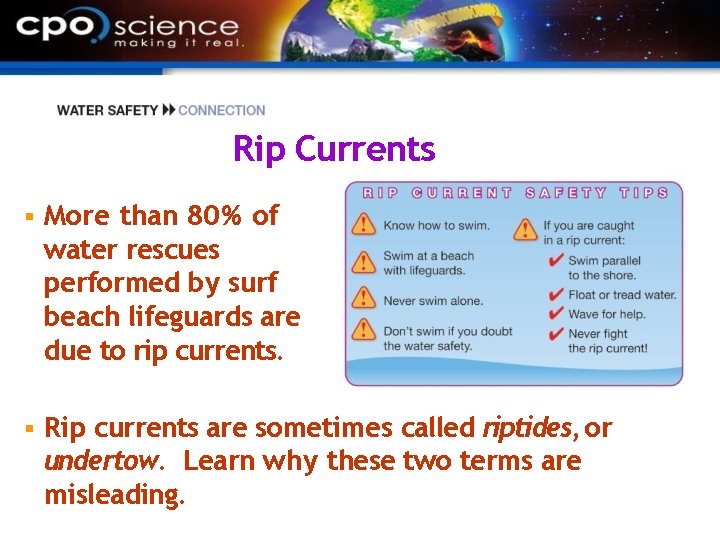 Features of the ocean floor Maps can show the location of the continental shelf. The true ocean floor is called the abyssal plain. It is flat and smooth because a thick layer of sediment covers its features.

The deep ocean floor A barrier island is a low, sandy island that lies parallel to the shoreline. A bank is a low, flat region on the continental shelf. A seamount is a steepsided mountain that rises from the ocean floor.

The deep ocean floor A guyot is a seamount that has eroded so that it has a flat top and is underwater. Mid-ocean ridges mark places where two tectonic plates are separating and new ocean crust is being made. Deep-ocean trenches are the deepest parts of the ocean.

Rip Currents More than 80% of water rescues performed by surf beach lifeguards are due to rip currents. Rip currents are sometimes called riptides, or undertow. Learn why these two terms are misleading. 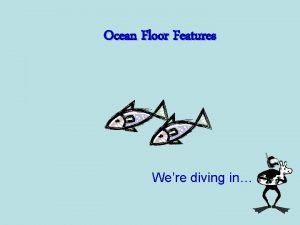 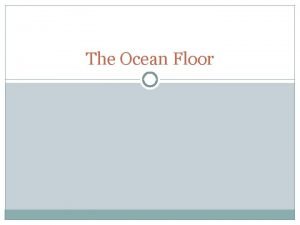 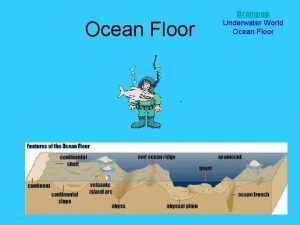 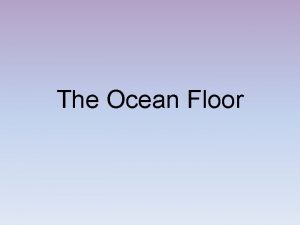 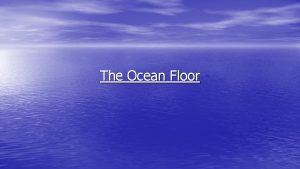 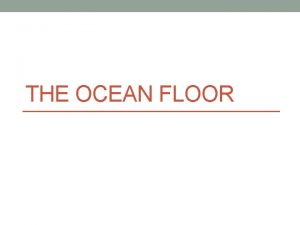 THE OCEAN FLOOR Formation of the Ocean Floor 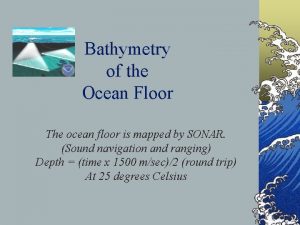 Bathymetry of the Ocean Floor The ocean floor 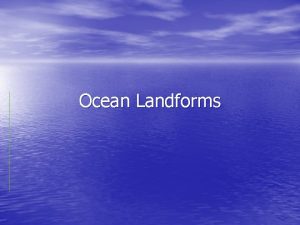