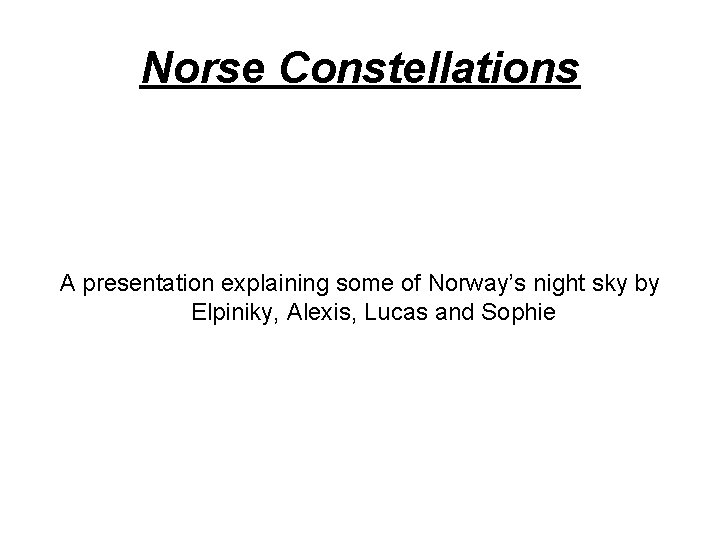 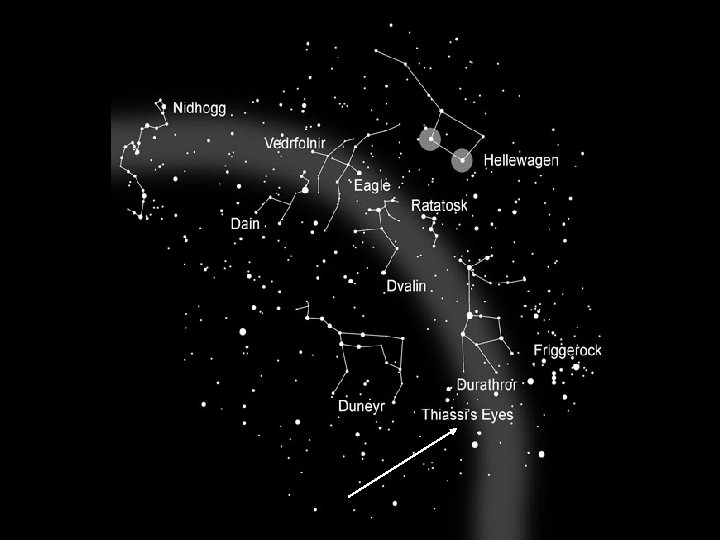 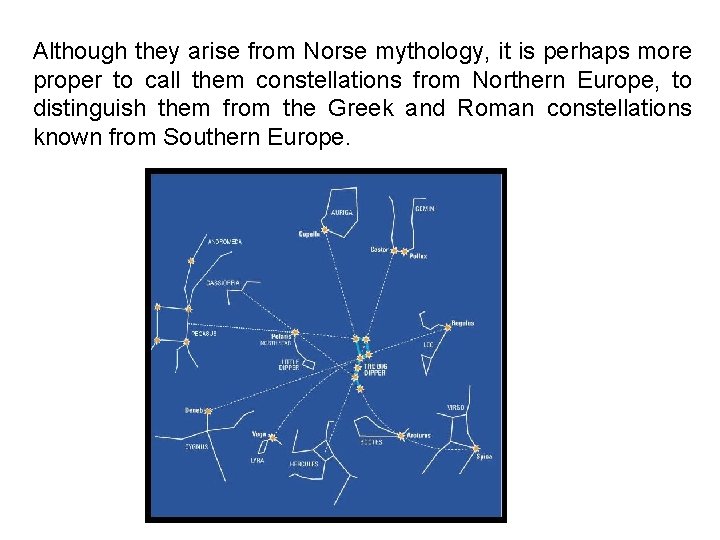 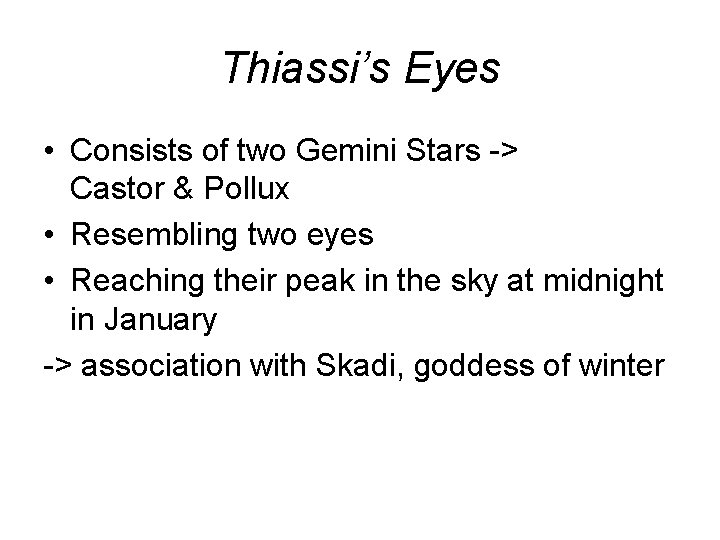 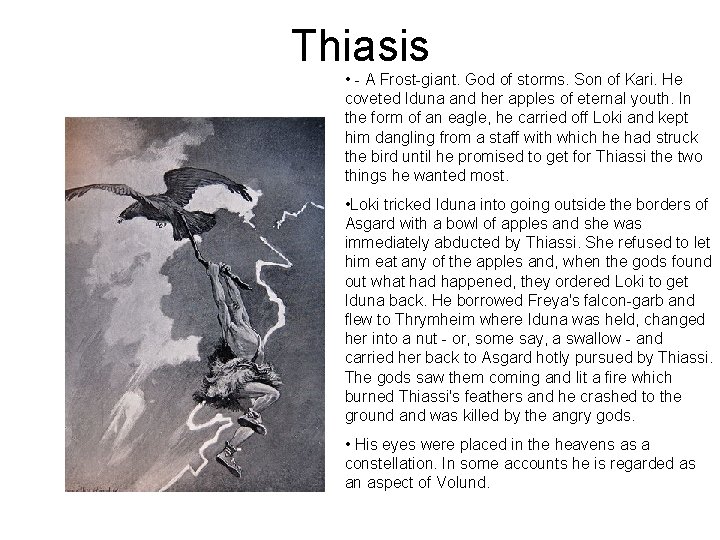 Norse Constellations A presentation explaining some of Norway’s night sky by Elpiniky, Alexis, Lucas and Sophie

Thiasis • - A Frost-giant. God of storms. Son of Kari. He coveted Iduna and her apples of eternal youth. In the form of an eagle, he carried off Loki and kept him dangling from a staff with which he had struck the bird until he promised to get for Thiassi the two things he wanted most. • Loki tricked Iduna into going outside the borders of Asgard with a bowl of apples and she was immediately abducted by Thiassi. She refused to let him eat any of the apples and, when the gods found out what had happened, they ordered Loki to get Iduna back. He borrowed Freya's falcon-garb and flew to Thrymheim where Iduna was held, changed her into a nut - or, some say, a swallow - and carried her back to Asgard hotly pursued by Thiassi. The gods saw them coming and lit a fire which burned Thiassi's feathers and he crashed to the ground and was killed by the angry gods. • His eyes were placed in the heavens as a constellation. In some accounts he is regarded as an aspect of Volund. 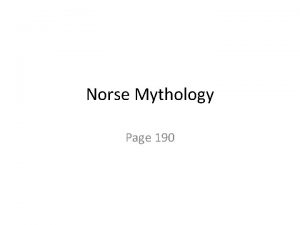 Norse Mythology Page 190 Who were the Norse 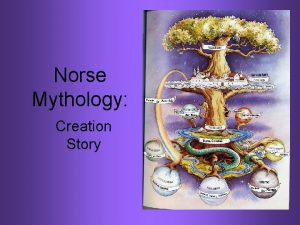 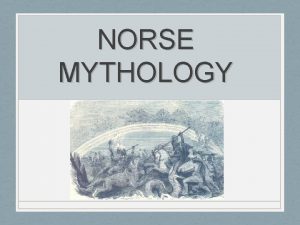 NORSE MYTHOLOGY Norse mythology The religion of the