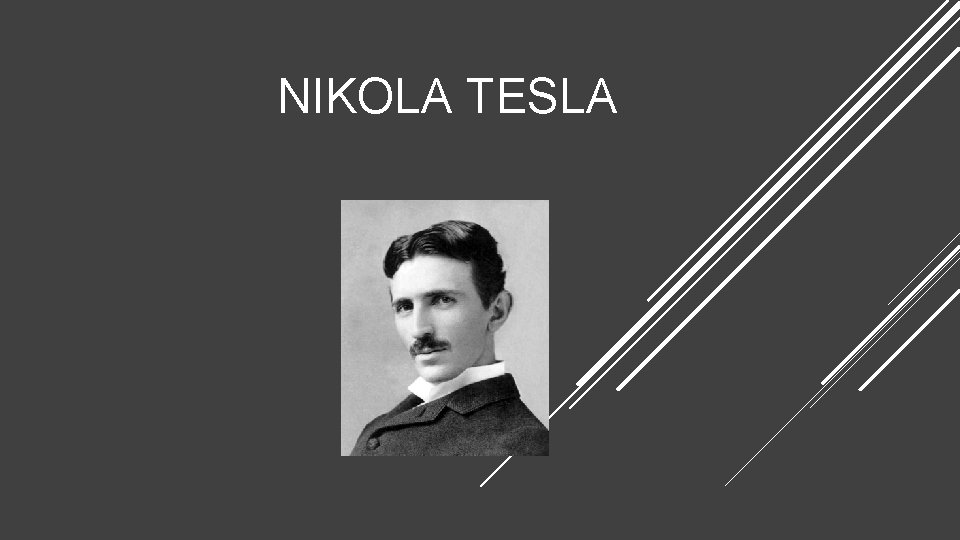 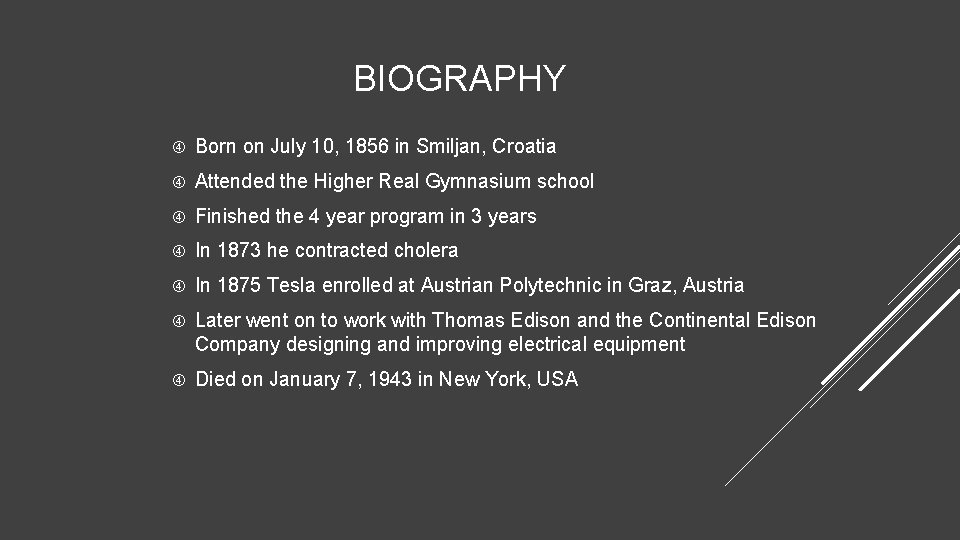 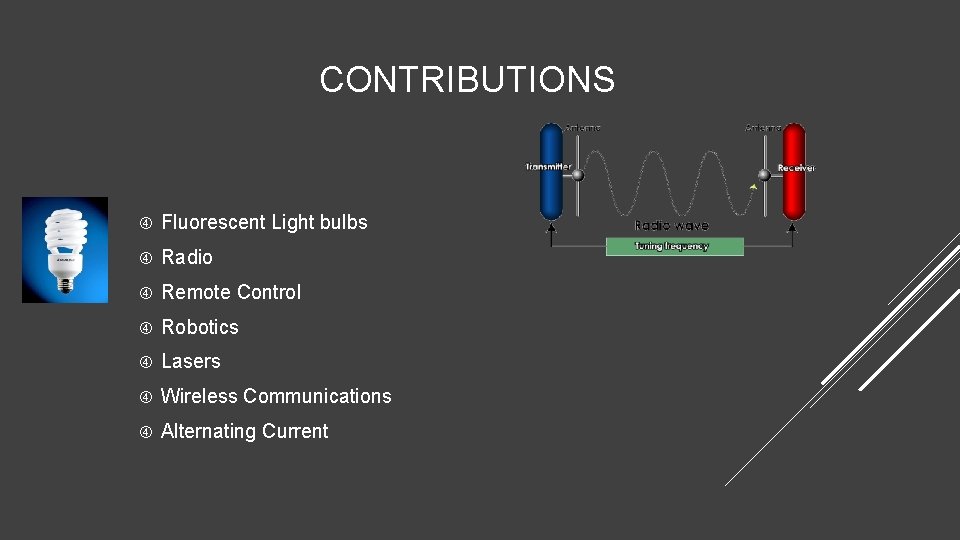 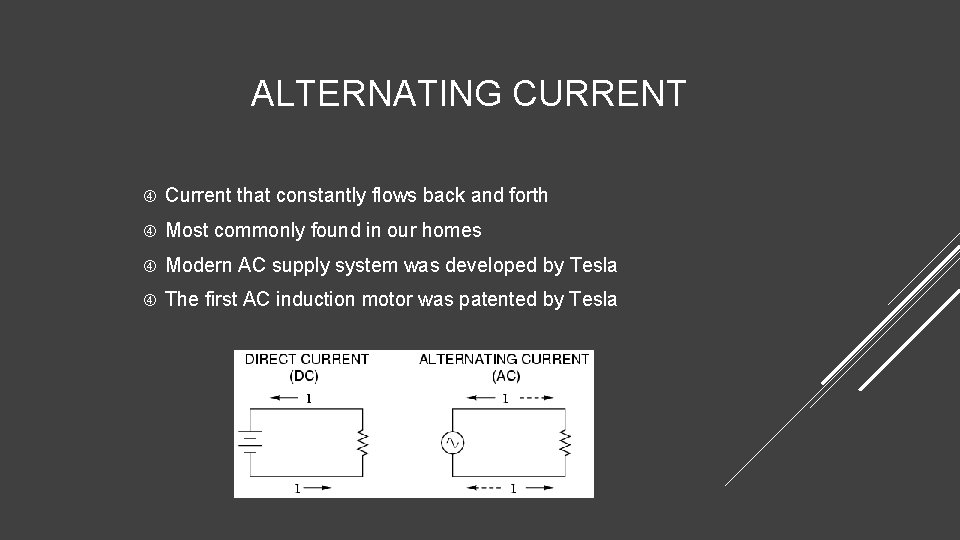 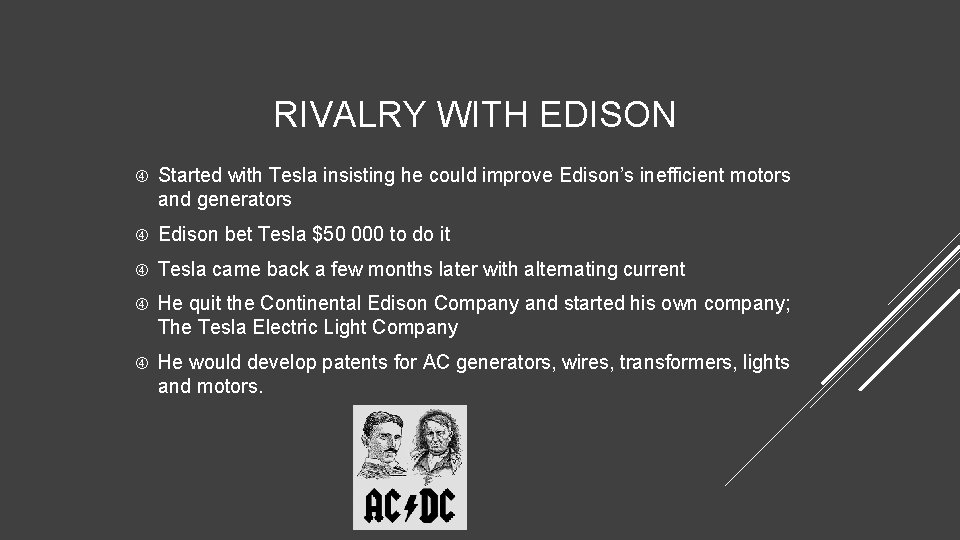 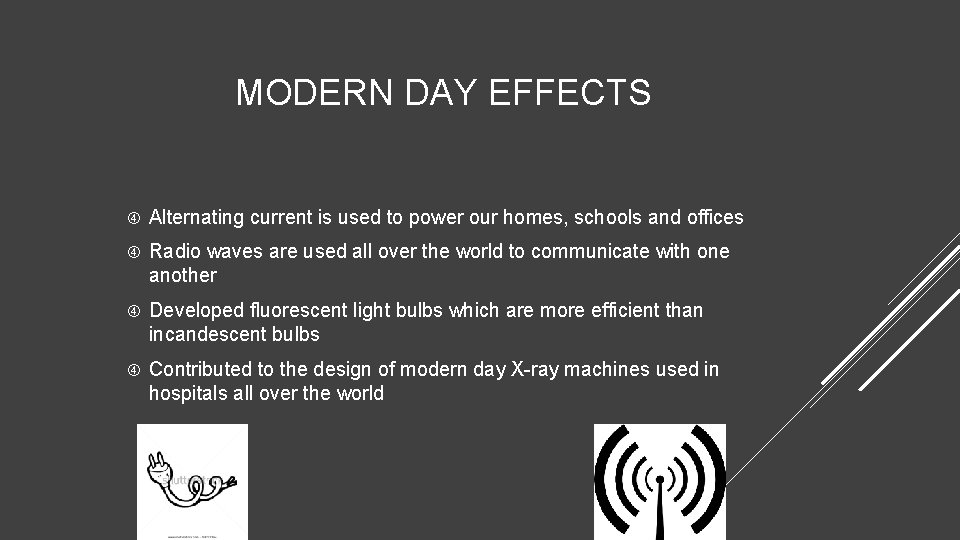 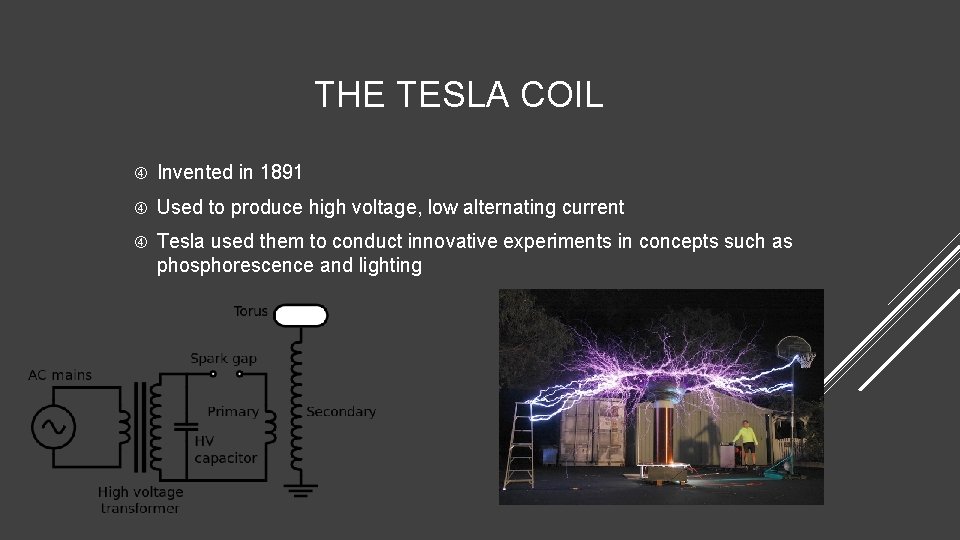 BIOGRAPHY Born on July 10, 1856 in Smiljan, Croatia Attended the Higher Real Gymnasium school Finished the 4 year program in 3 years In 1873 he contracted cholera In 1875 Tesla enrolled at Austrian Polytechnic in Graz, Austria Later went on to work with Thomas Edison and the Continental Edison Company designing and improving electrical equipment Died on January 7, 1943 in New York, USA

RIVALRY WITH EDISON Started with Tesla insisting he could improve Edison’s inefficient motors and generators Edison bet Tesla $50 000 to do it Tesla came back a few months later with alternating current He quit the Continental Edison Company and started his own company; The Tesla Electric Light Company He would develop patents for AC generators, wires, transformers, lights and motors.

MODERN DAY EFFECTS Alternating current is used to power our homes, schools and offices Radio waves are used all over the world to communicate with one another Developed fluorescent light bulbs which are more efficient than incandescent bulbs Contributed to the design of modern day X-ray machines used in hospitals all over the world

THE TESLA COIL Invented in 1891 Used to produce high voltage, low alternating current Tesla used them to conduct innovative experiments in concepts such as phosphorescence and lighting 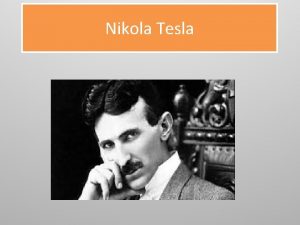 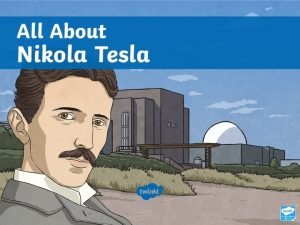 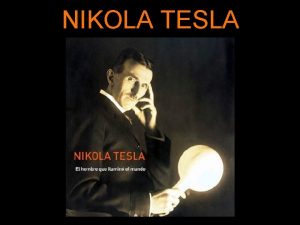 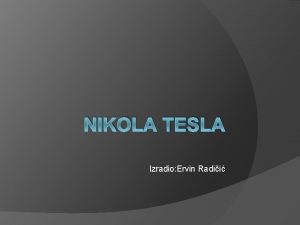 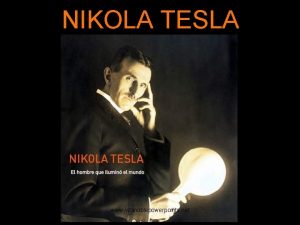 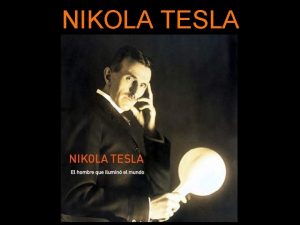