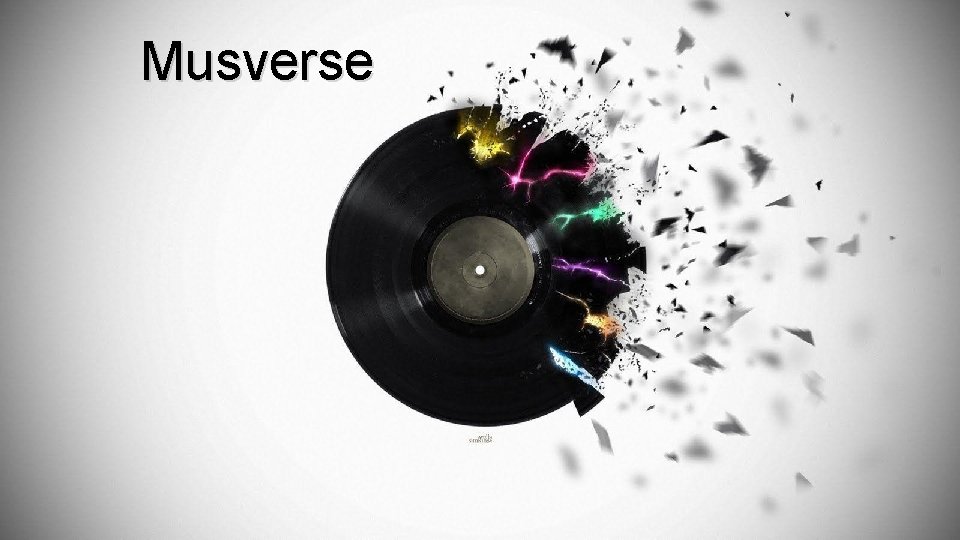 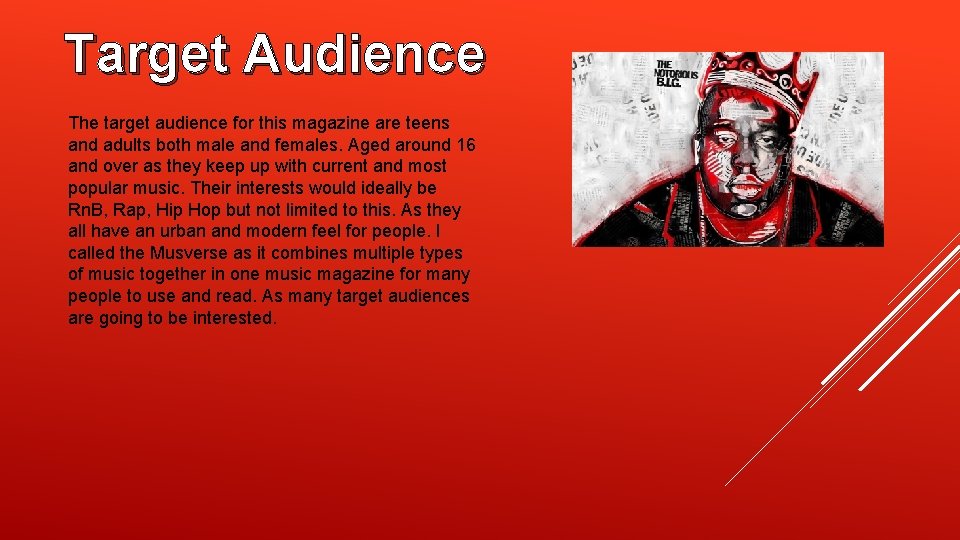 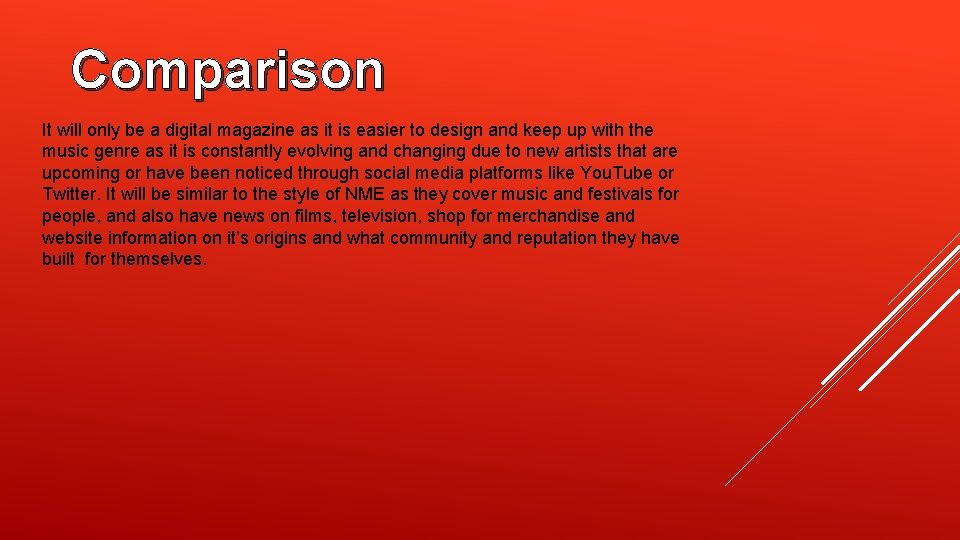 Target Audience The target audience for this magazine are teens and adults both male and females. Aged around 16 and over as they keep up with current and most popular music. Their interests would ideally be Rn. B, Rap, Hip Hop but not limited to this. As they all have an urban and modern feel for people. I called the Musverse as it combines multiple types of music together in one music magazine for many people to use and read. As many target audiences are going to be interested.

Differentiation The Magazine will different from other magazines as it will have information on the different songs and most interesting or diverse artists instead only focusing on the most popular artist on social media or in specific genres of music. The magazine will come out monthly, it will cost 4. 99 as a standard price and 5. 50 for any special editions

Comparison It will only be a digital magazine as it is easier to design and keep up with the music genre as it is constantly evolving and changing due to new artists that are upcoming or have been noticed through social media platforms like You. Tube or Twitter. It will be similar to the style of NME as they cover music and festivals for people, and also have news on films, television, shop for merchandise and website information on it’s origins and what community and reputation they have built for themselves. 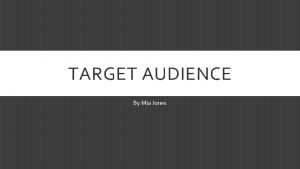 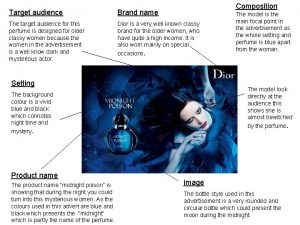 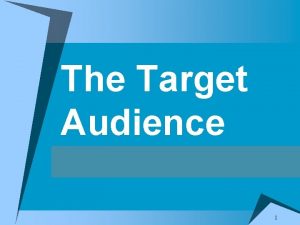