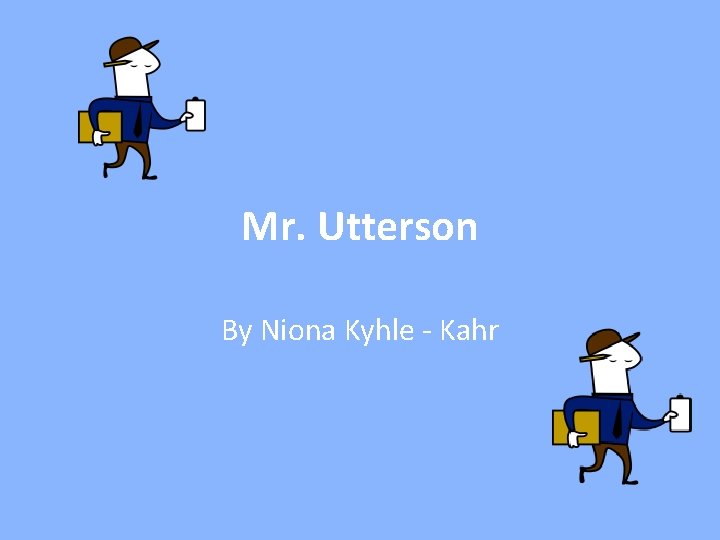 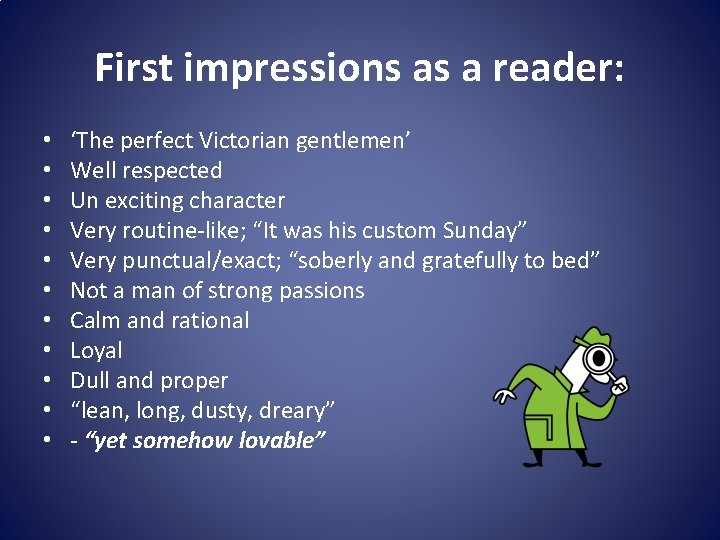 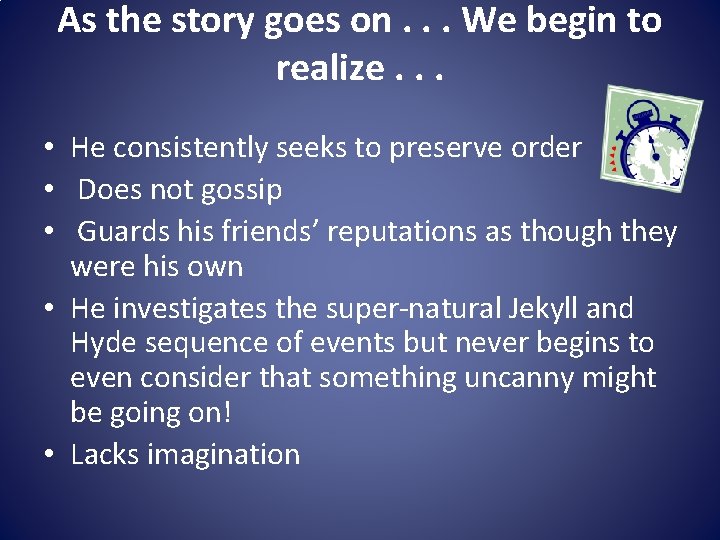 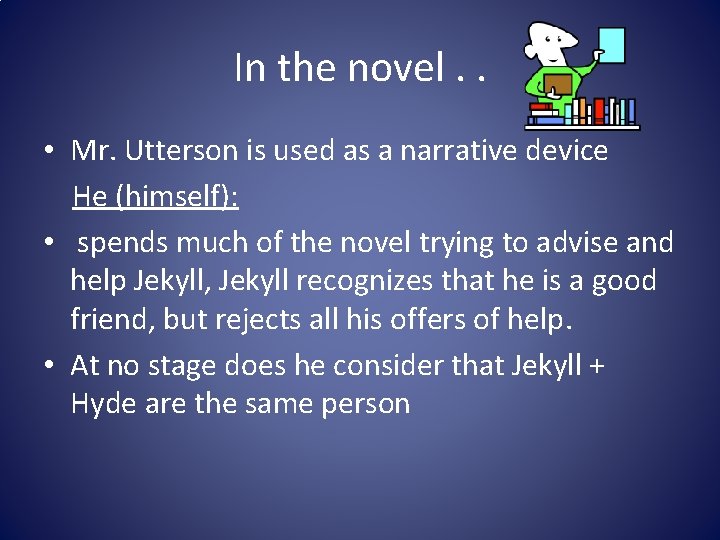 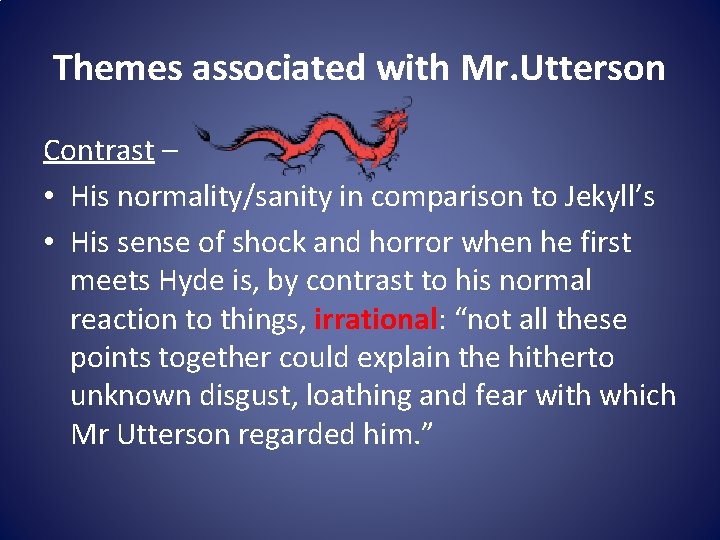 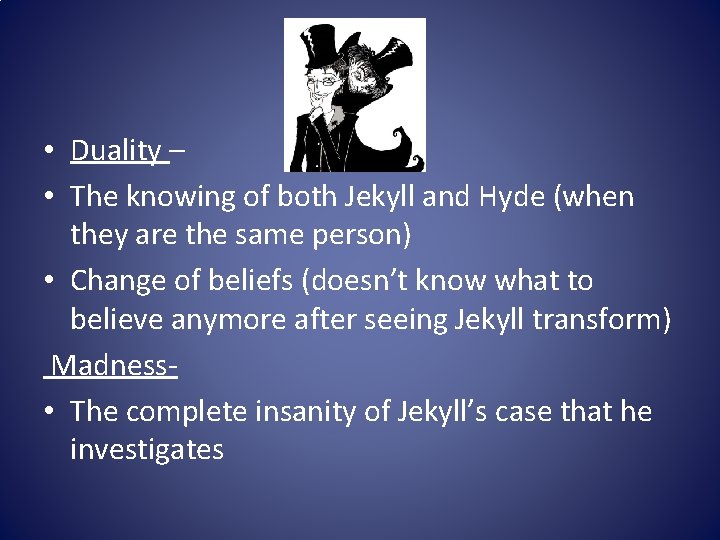 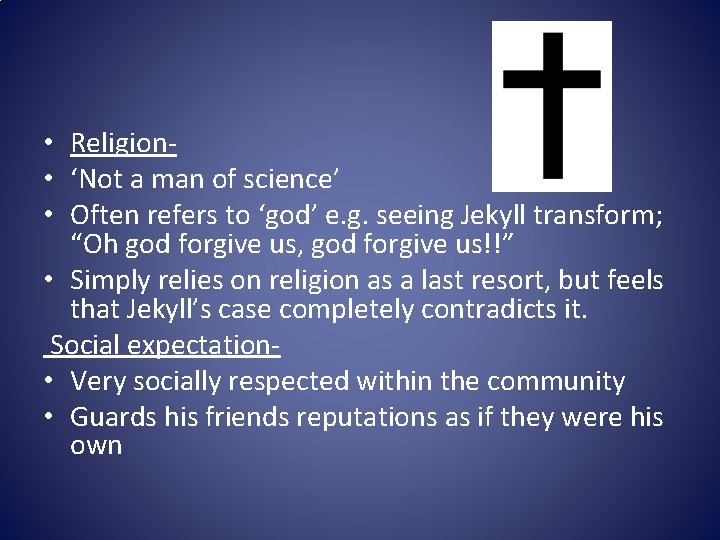 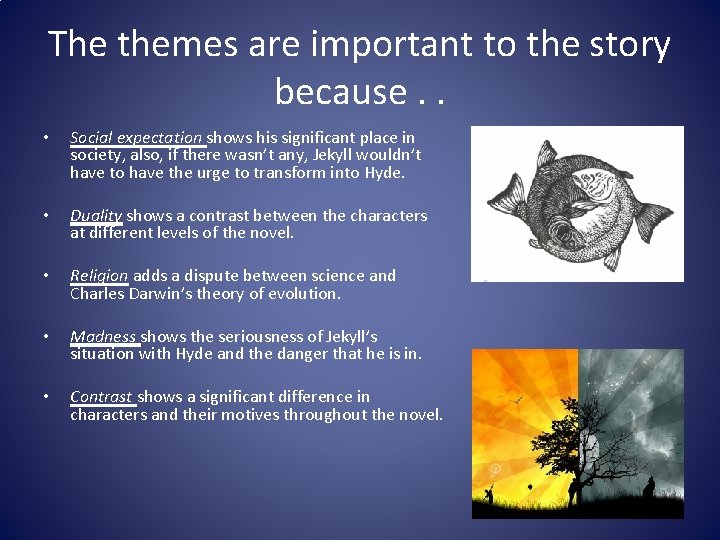 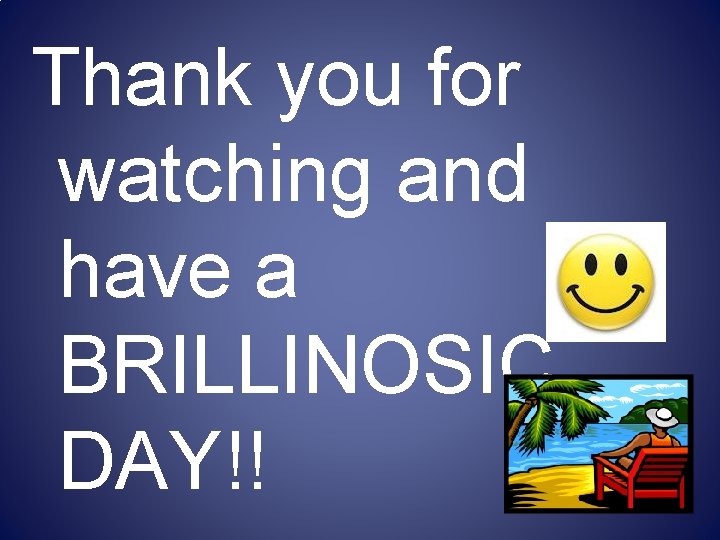 As the story goes on. . . We begin to realize. . . • He consistently seeks to preserve order • Does not gossip • Guards his friends’ reputations as though they were his own • He investigates the super-natural Jekyll and Hyde sequence of events but never begins to even consider that something uncanny might be going on! • Lacks imagination

In the novel. . • Mr. Utterson is used as a narrative device He (himself): • spends much of the novel trying to advise and help Jekyll, Jekyll recognizes that he is a good friend, but rejects all his offers of help. • At no stage does he consider that Jekyll + Hyde are the same person

Themes associated with Mr. Utterson Contrast – • His normality/sanity in comparison to Jekyll’s • His sense of shock and horror when he first meets Hyde is, by contrast to his normal reaction to things, irrational: “not all these points together could explain the hitherto unknown disgust, loathing and fear with which Mr Utterson regarded him. ”

• Religion • ‘Not a man of science’ • Often refers to ‘god’ e. g. seeing Jekyll transform; “Oh god forgive us, god forgive us!!” • Simply relies on religion as a last resort, but feels that Jekyll’s case completely contradicts it. Social expectation • Very socially respected within the community • Guards his friends reputations as if they were his own

The themes are important to the story because. . • Social expectation shows his significant place in society, also, if there wasn’t any, Jekyll wouldn’t have to have the urge to transform into Hyde. • Duality shows a contrast between the characters at different levels of the novel. • Religion adds a dispute between science and Charles Darwin’s theory of evolution. • Madness shows the seriousness of Jekyll’s situation with Hyde and the danger that he is in. • Contrast shows a significant difference in characters and their motives throughout the novel.

Thank you for watching and have a BRILLINOSIC DAY!! 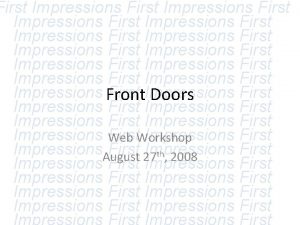 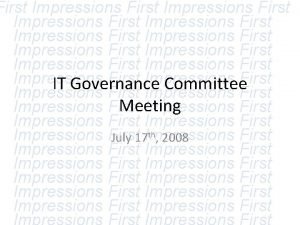 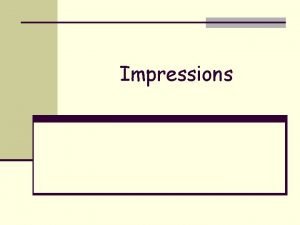 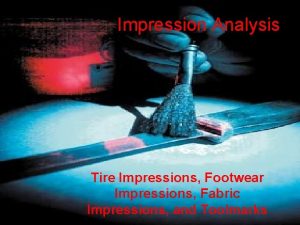 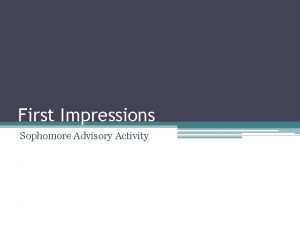 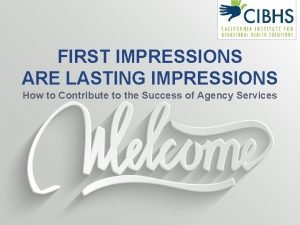 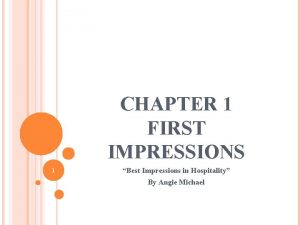 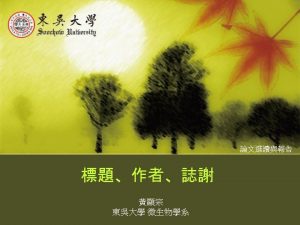