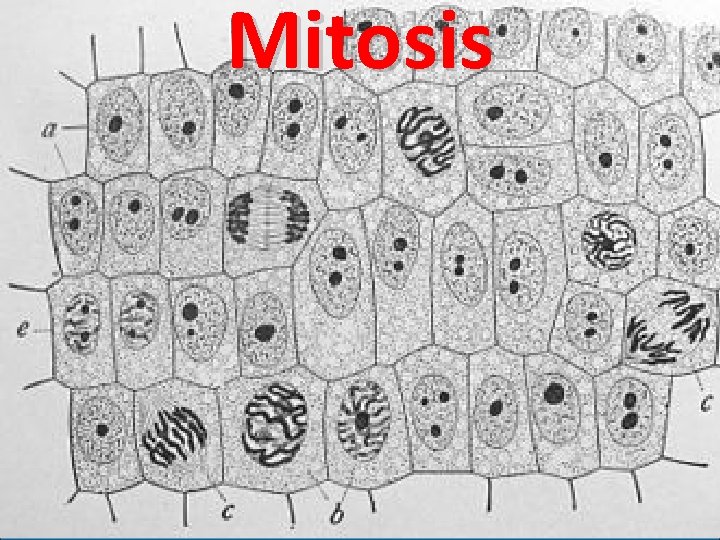 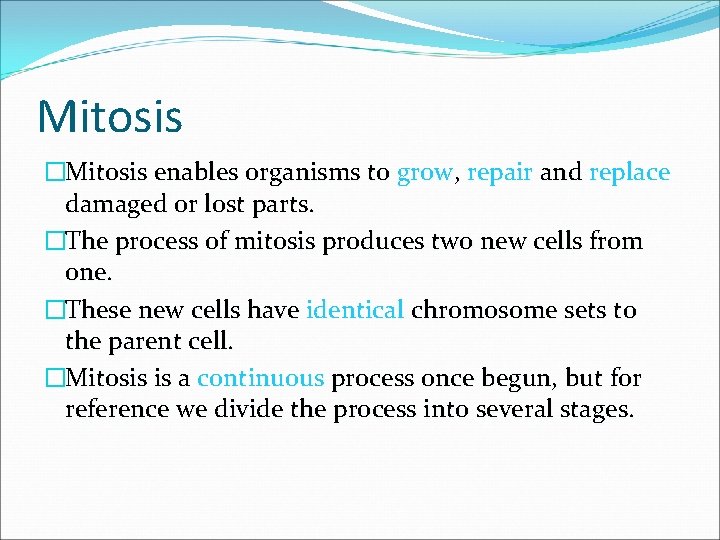 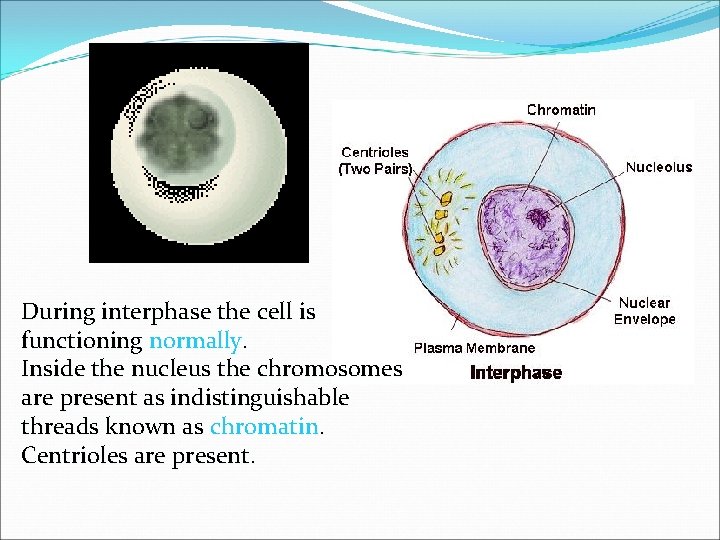 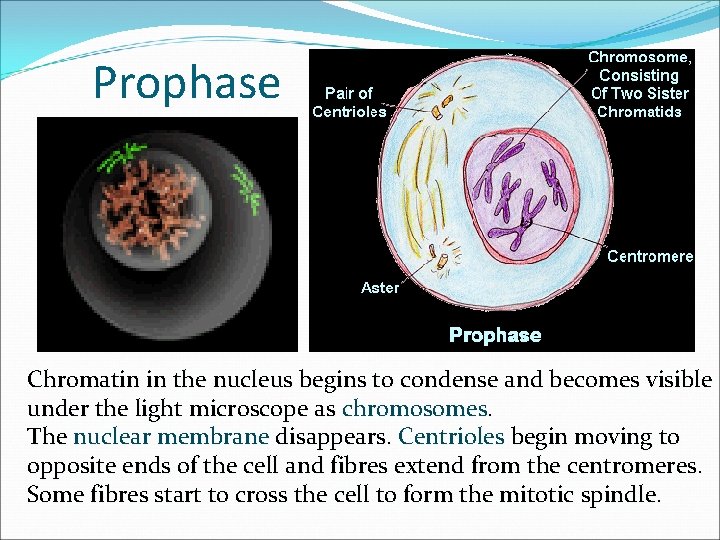 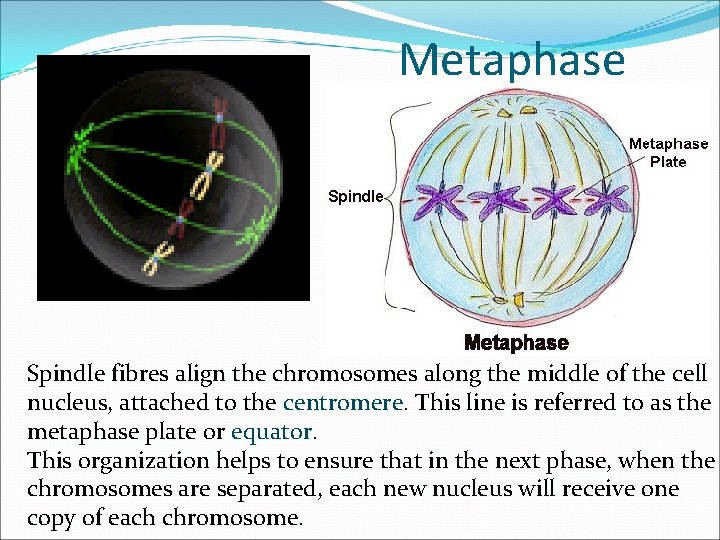 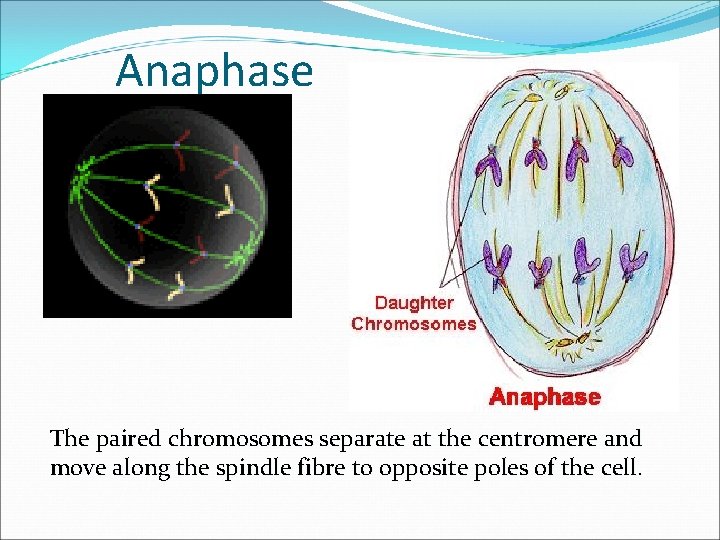 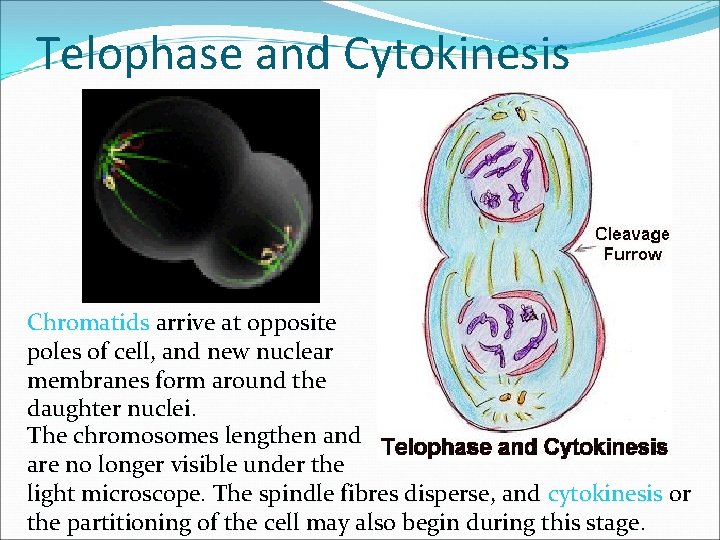 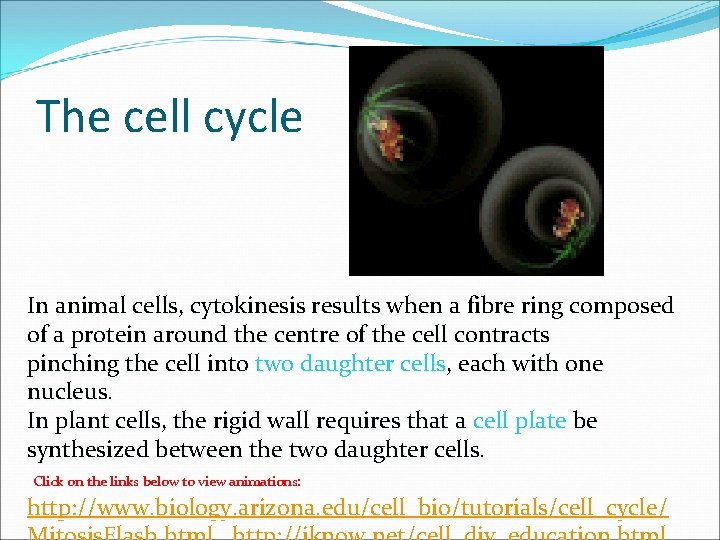 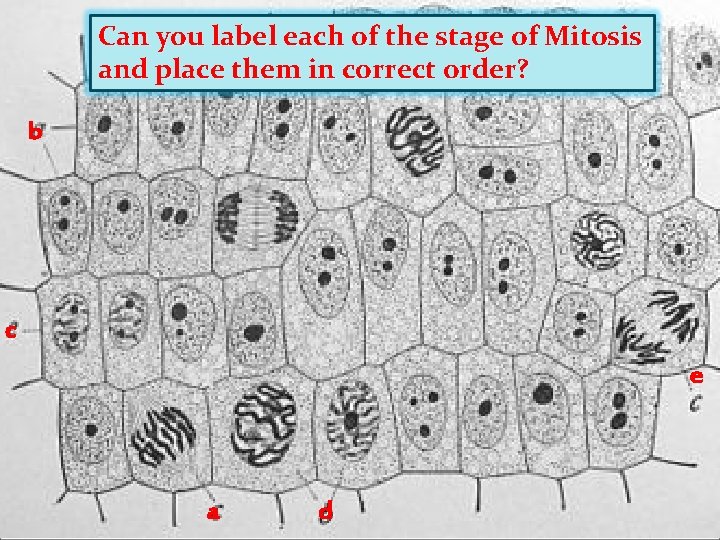 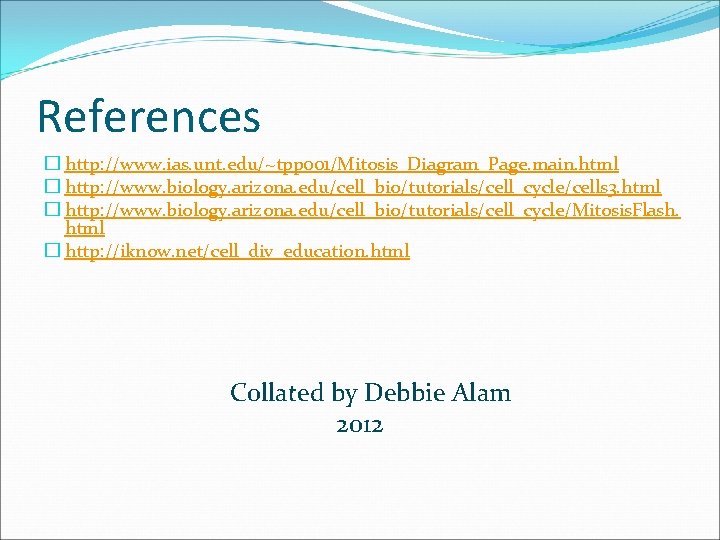 Mitosis �Mitosis enables organisms to grow, repair and replace damaged or lost parts. �The process of mitosis produces two new cells from one. �These new cells have identical chromosome sets to the parent cell. �Mitosis is a continuous process once begun, but for reference we divide the process into several stages.

Interphase During interphase the cell is functioning normally. Inside the nucleus the chromosomes are present as indistinguishable threads known as chromatin. Centrioles are present.

Prophase Chromatin in the nucleus begins to condense and becomes visible under the light microscope as chromosomes. The nuclear membrane disappears. Centrioles begin moving to opposite ends of the cell and fibres extend from the centromeres. Some fibres start to cross the cell to form the mitotic spindle.

Metaphase Spindle fibres align the chromosomes along the middle of the cell nucleus, attached to the centromere. This line is referred to as the metaphase plate or equator. This organization helps to ensure that in the next phase, when the chromosomes are separated, each new nucleus will receive one copy of each chromosome.

Anaphase The paired chromosomes separate at the centromere and move along the spindle fibre to opposite poles of the cell.

Telophase and Cytokinesis Chromatids arrive at opposite poles of cell, and new nuclear membranes form around the daughter nuclei. The chromosomes lengthen and are no longer visible under the light microscope. The spindle fibres disperse, and cytokinesis or the partitioning of the cell may also begin during this stage.

The cell cycle In animal cells, cytokinesis results when a fibre ring composed of a protein around the centre of the cell contracts pinching the cell into two daughter cells, each with one nucleus. In plant cells, the rigid wall requires that a cell plate be synthesized between the two daughter cells. Click on the links below to view animations: http: //www. biology. arizona. edu/cell_bio/tutorials/cell_cycle/

Can you label each of the stage of Mitosis and place them in correct order? b c e a d 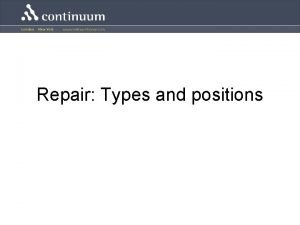 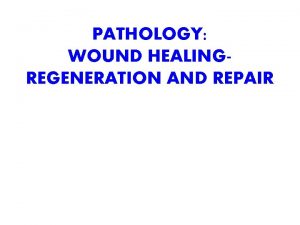 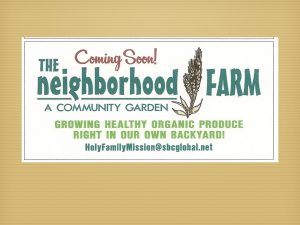 An invitation to grow your own Grow Grow 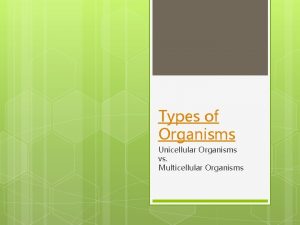 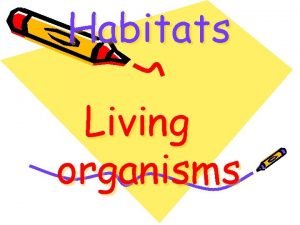 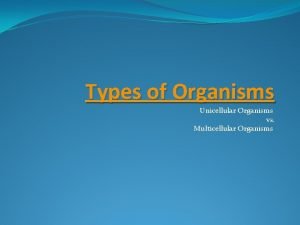 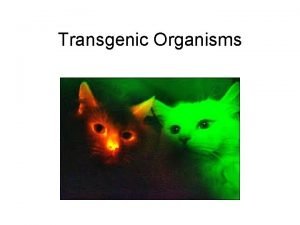 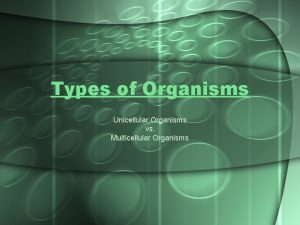