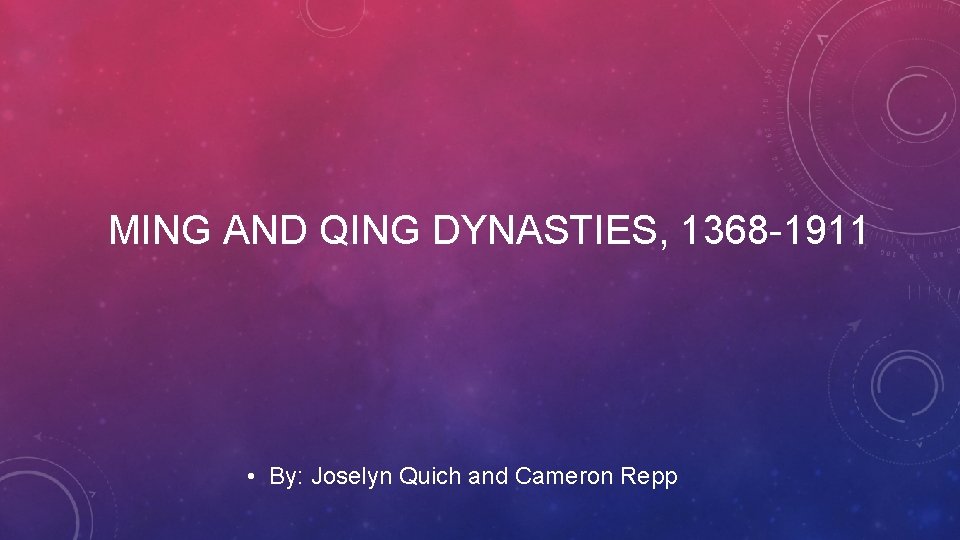 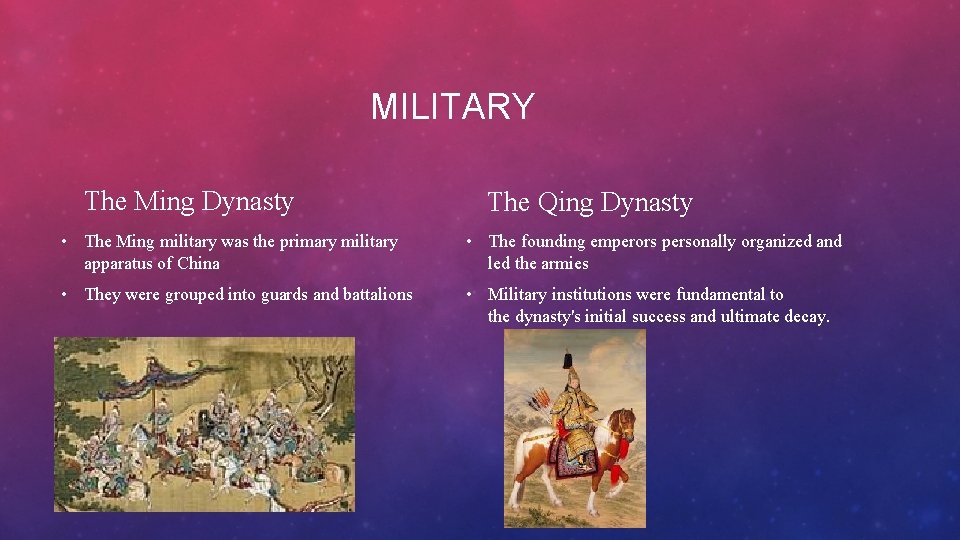 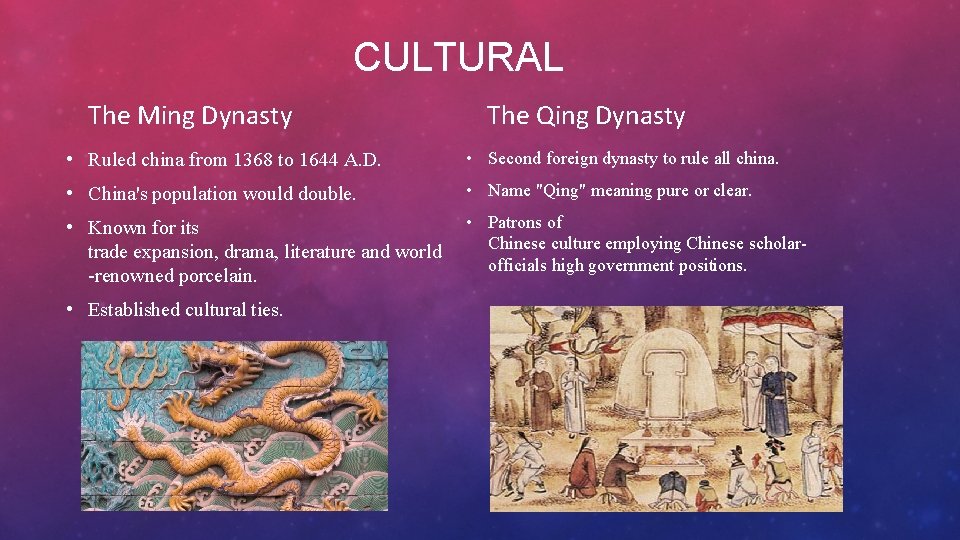 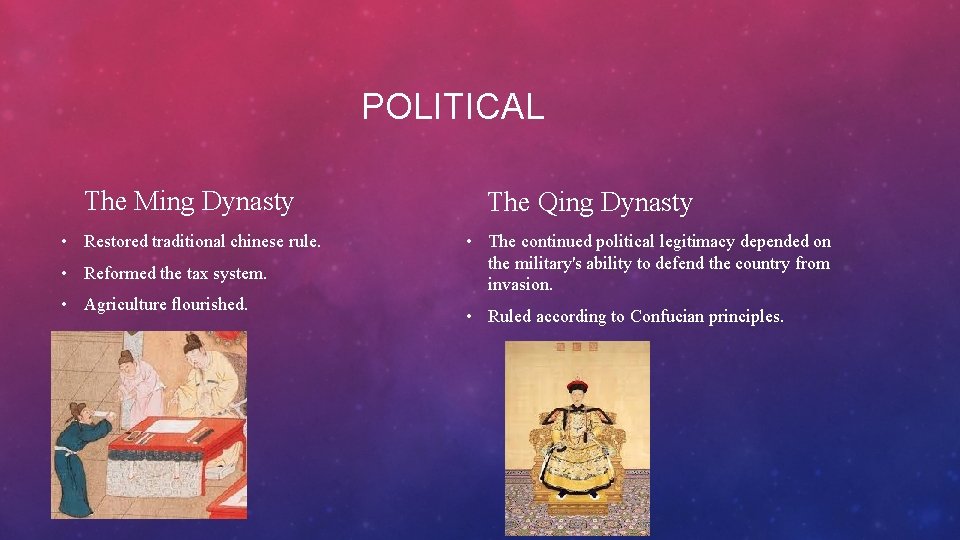 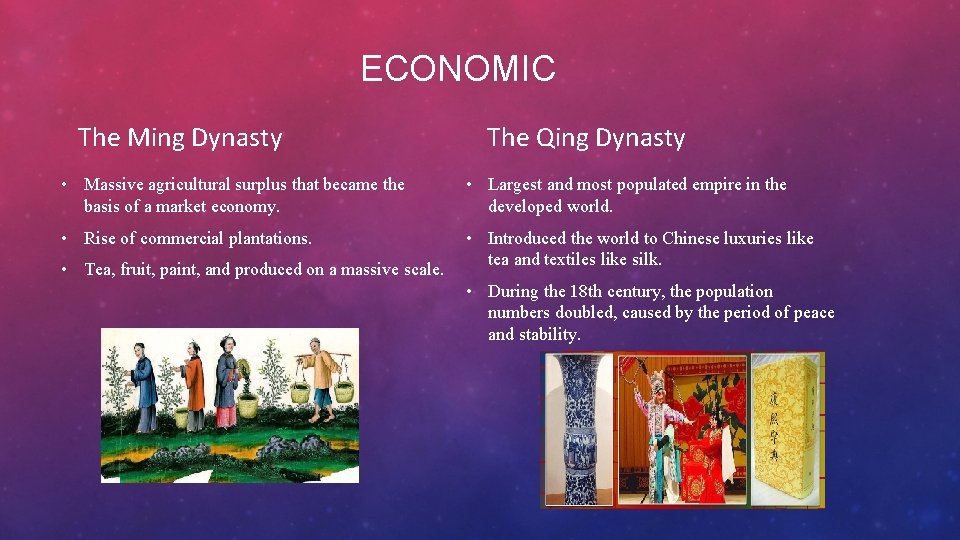 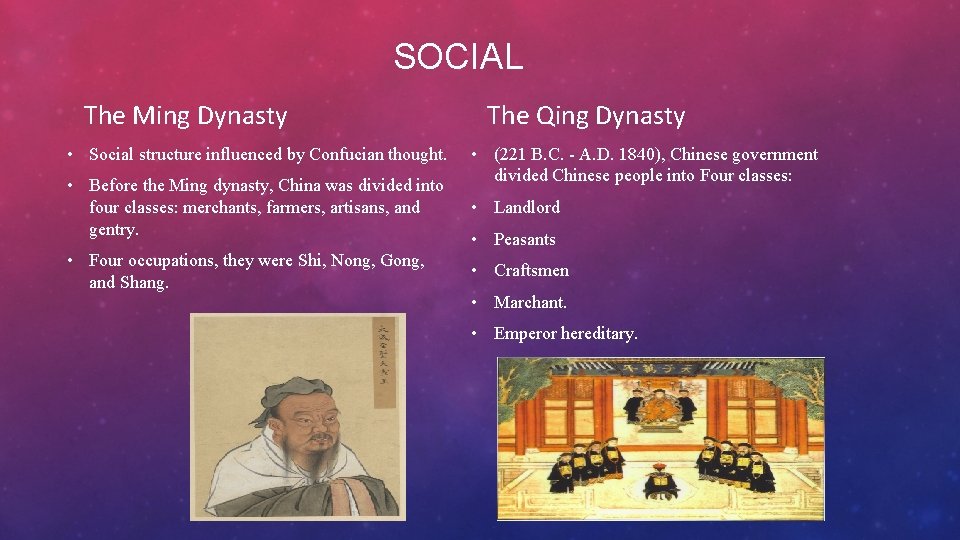 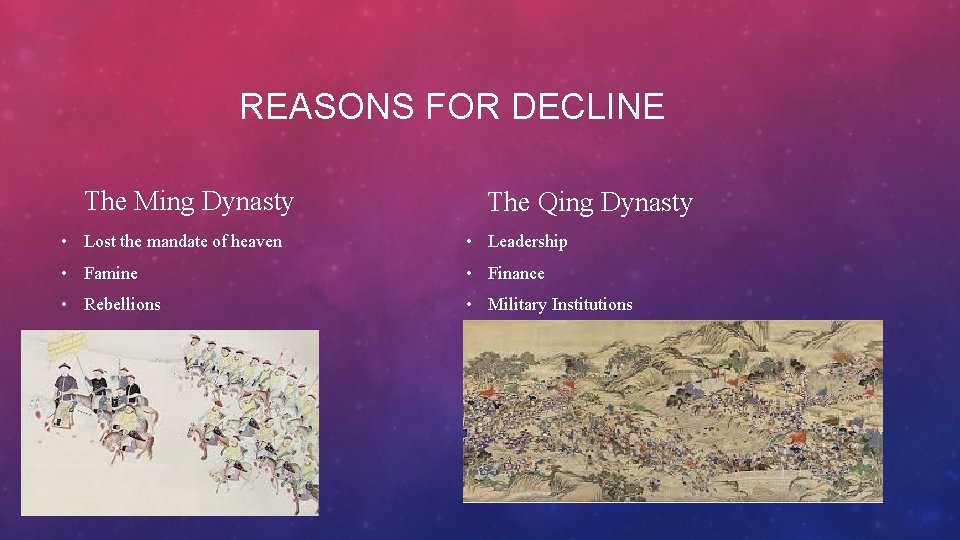 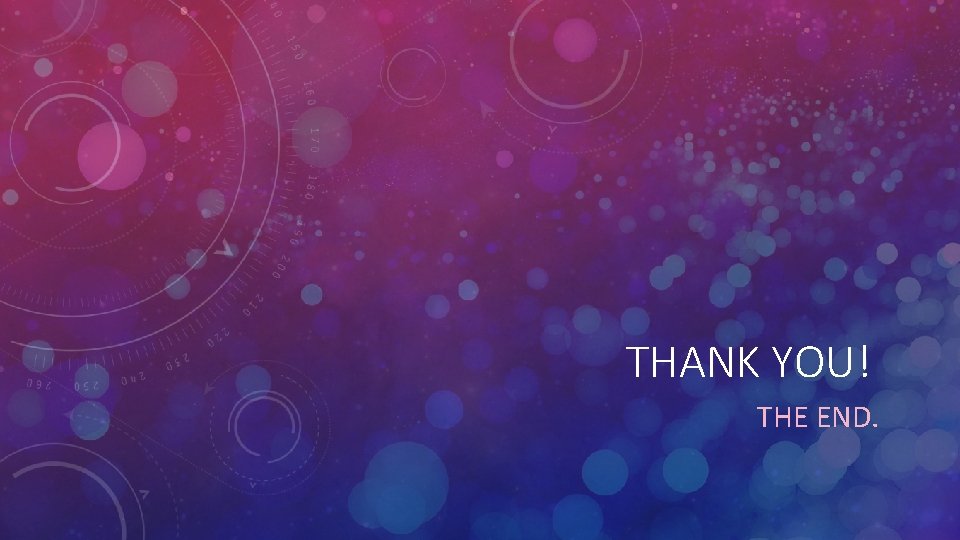 MILITARY The Ming Dynasty The Qing Dynasty • The Ming military was the primary military apparatus of China • The founding emperors personally organized and led the armies • They were grouped into guards and battalions • Military institutions were fundamental to the dynasty's initial success and ultimate decay.

ECONOMIC The Ming Dynasty The Qing Dynasty • Massive agricultural surplus that became the basis of a market economy. • Largest and most populated empire in the developed world. • Rise of commercial plantations. • Introduced the world to Chinese luxuries like tea and textiles like silk. • Tea, fruit, paint, and produced on a massive scale. • During the 18 th century, the population numbers doubled, caused by the period of peace and stability.

THANK YOU! THE END. 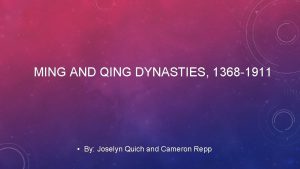 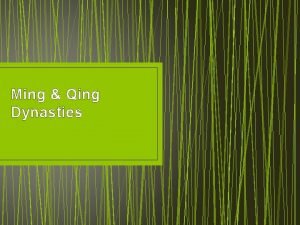 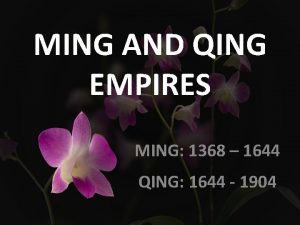 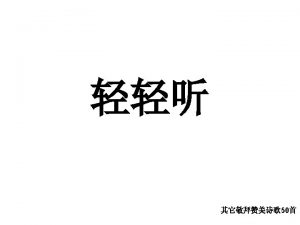 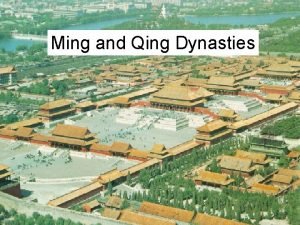 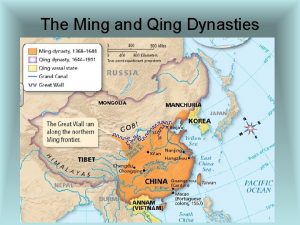 The Ming and Qing Dynasties China under Ming 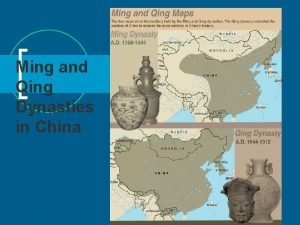