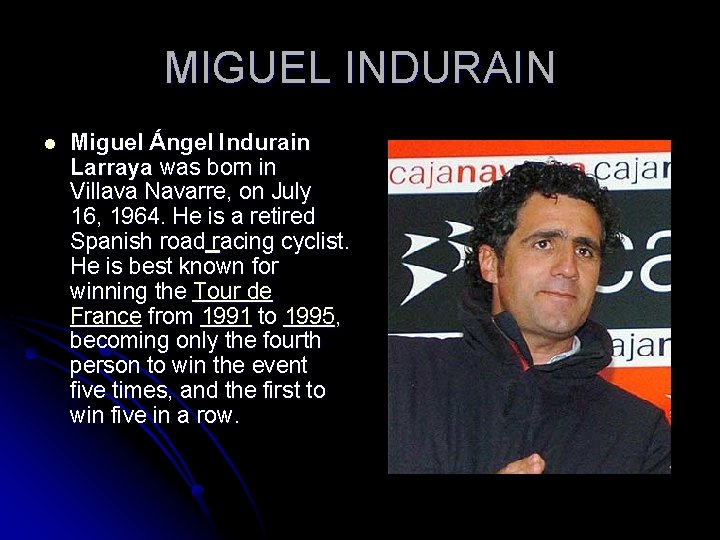 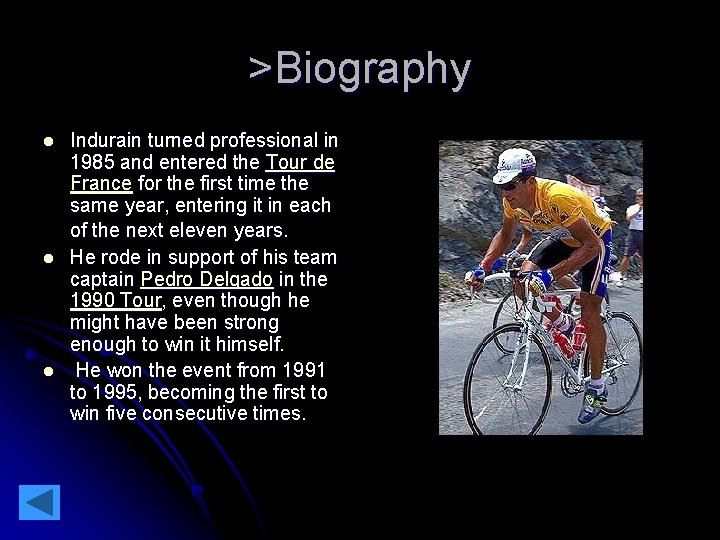 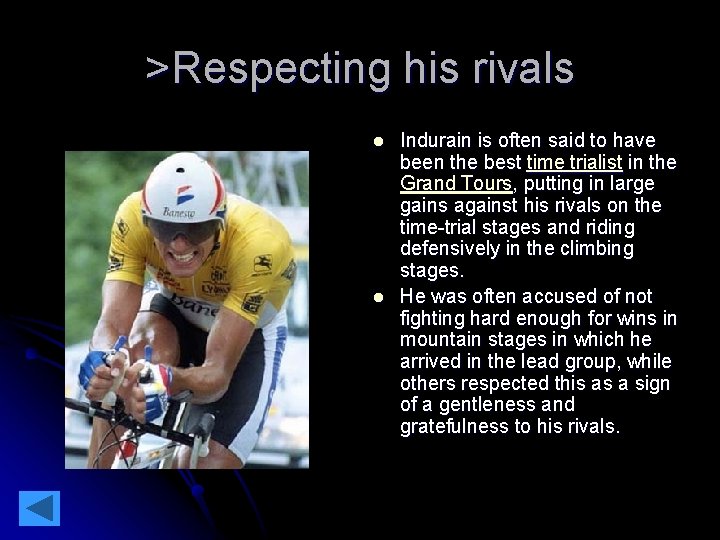 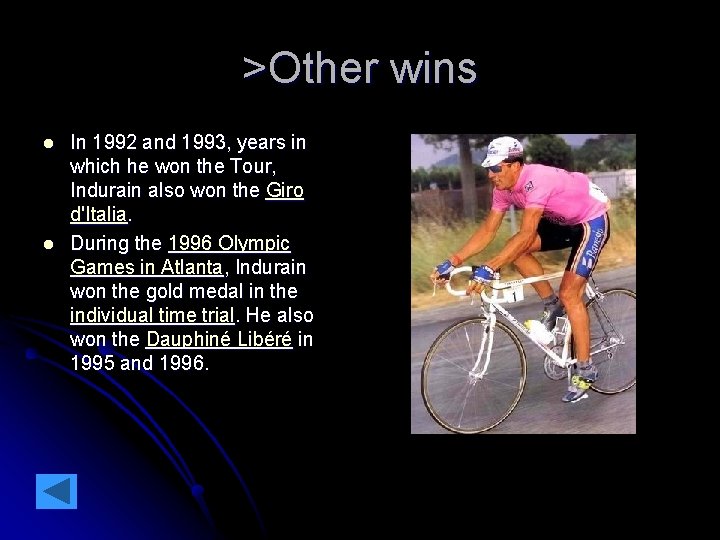 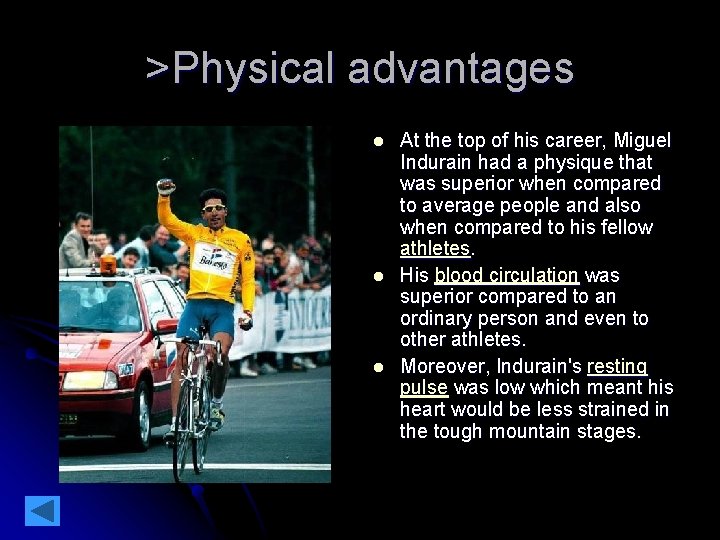 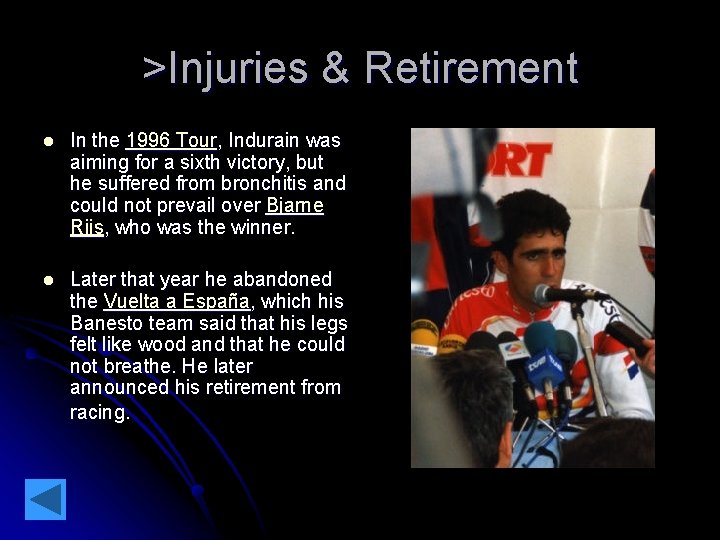 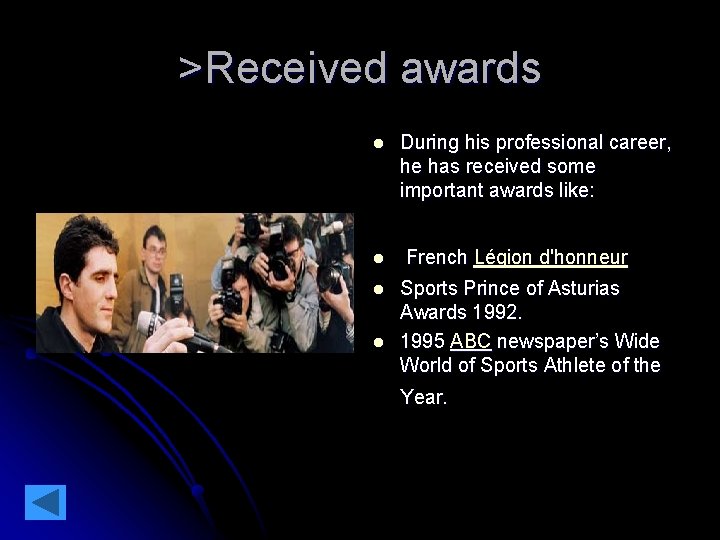 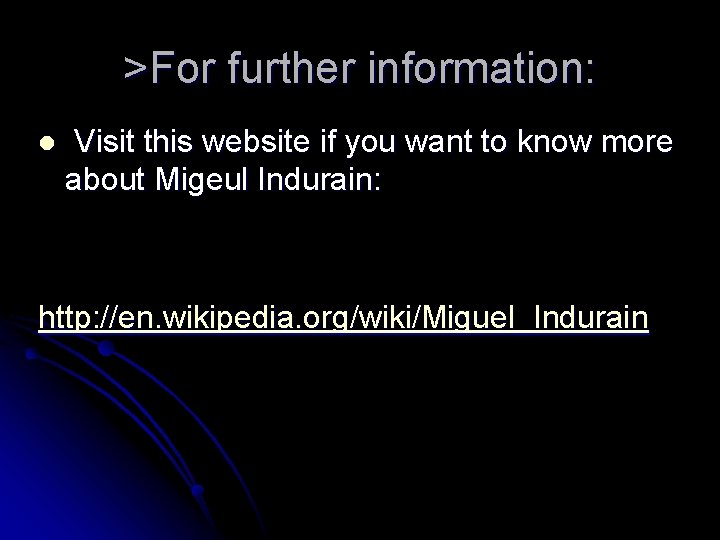 MIGUEL INDURAIN l Miguel Ángel Indurain Larraya was born in Villava Navarre, on July 16, 1964. He is a retired Spanish road racing cyclist. He is best known for winning the Tour de France from 1991 to 1995, becoming only the fourth person to win the event five times, and the first to win five in a row.

>Biography l l l Indurain turned professional in 1985 and entered the Tour de France for the first time the same year, entering it in each of the next eleven years. He rode in support of his team captain Pedro Delgado in the 1990 Tour, even though he might have been strong enough to win it himself. He won the event from 1991 to 1995, becoming the first to win five consecutive times.

>Respecting his rivals l l Indurain is often said to have been the best time trialist in the Grand Tours, putting in large gains against his rivals on the time-trial stages and riding defensively in the climbing stages. He was often accused of not fighting hard enough for wins in mountain stages in which he arrived in the lead group, while others respected this as a sign of a gentleness and gratefulness to his rivals.

>Other wins l l In 1992 and 1993, years in which he won the Tour, Indurain also won the Giro d'Italia. During the 1996 Olympic Games in Atlanta, Indurain won the gold medal in the individual time trial. He also won the Dauphiné Libéré in 1995 and 1996.

>Physical advantages l l l At the top of his career, Miguel Indurain had a physique that was superior when compared to average people and also when compared to his fellow athletes. His blood circulation was superior compared to an ordinary person and even to other athletes. Moreover, Indurain's resting pulse was low which meant his heart would be less strained in the tough mountain stages.

>Injuries & Retirement l In the 1996 Tour, Indurain was aiming for a sixth victory, but he suffered from bronchitis and could not prevail over Bjarne Riis, who was the winner. l Later that year he abandoned the Vuelta a España, which his Banesto team said that his legs felt like wood and that he could not breathe. He later announced his retirement from racing.

>For further information: l Visit this website if you want to know more about Migeul Indurain: http: //en. wikipedia. org/wiki/Miguel_Indurain 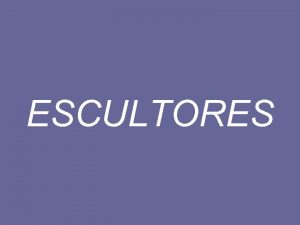 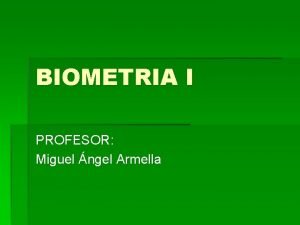 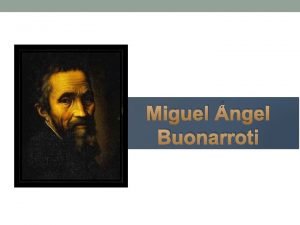 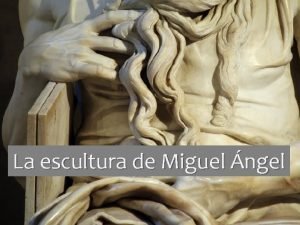 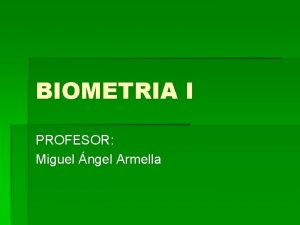 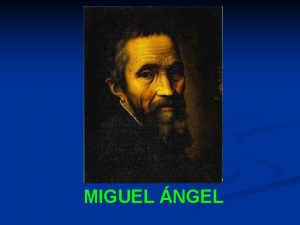 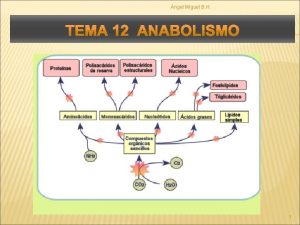