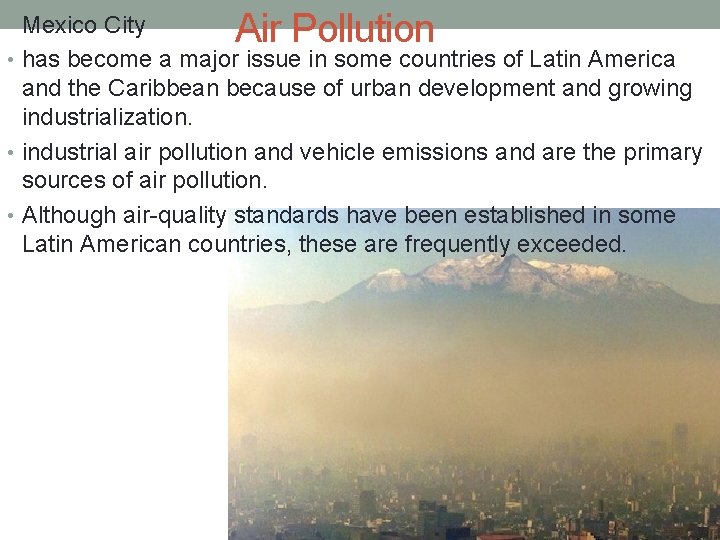 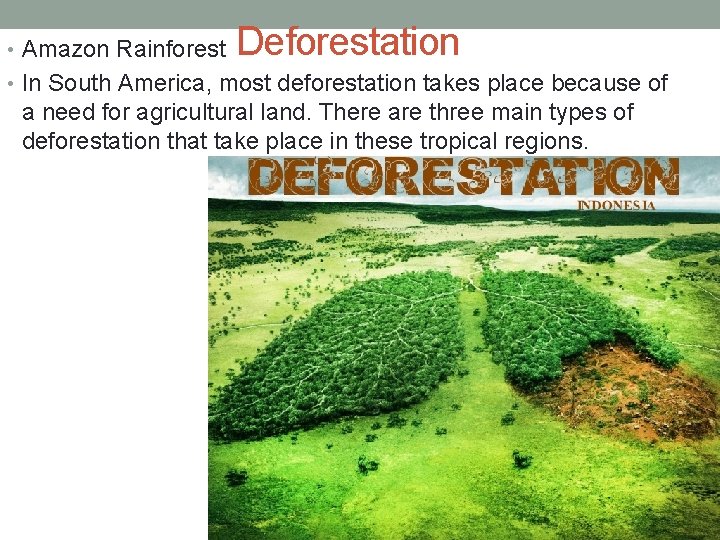 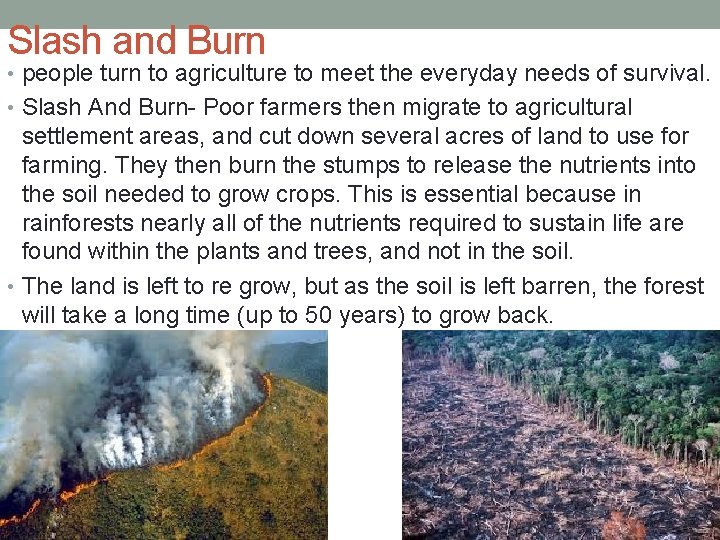 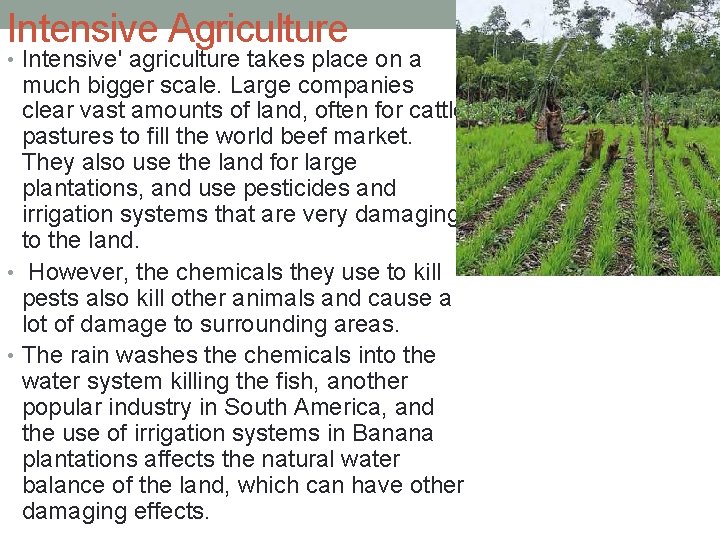 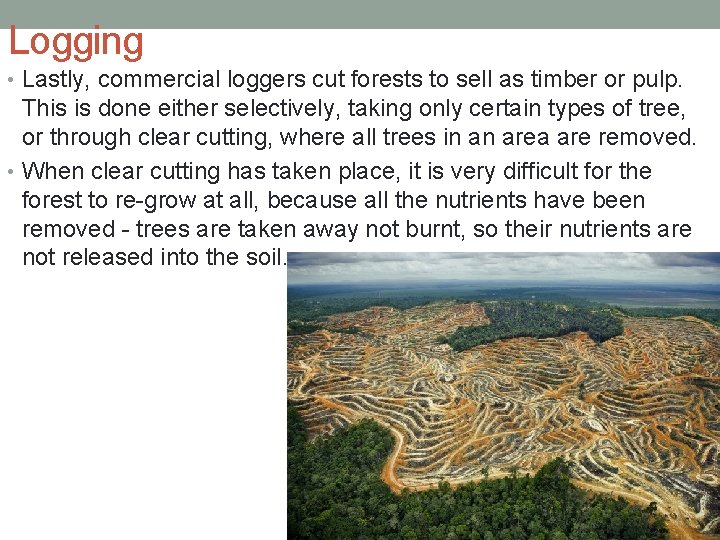 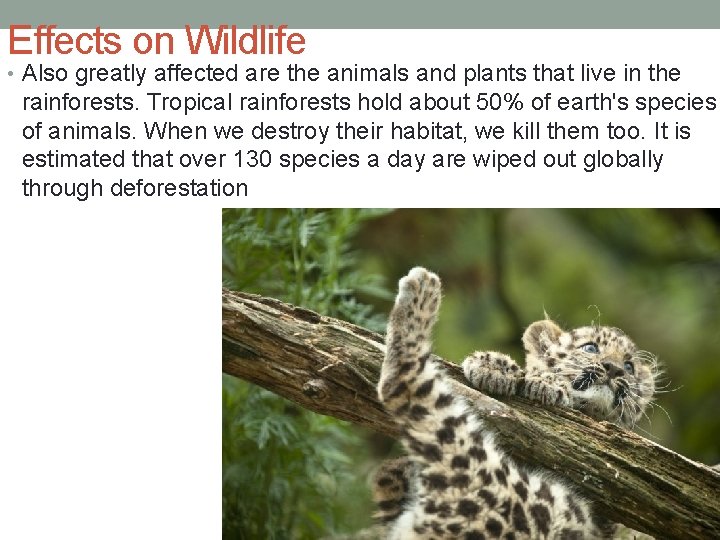 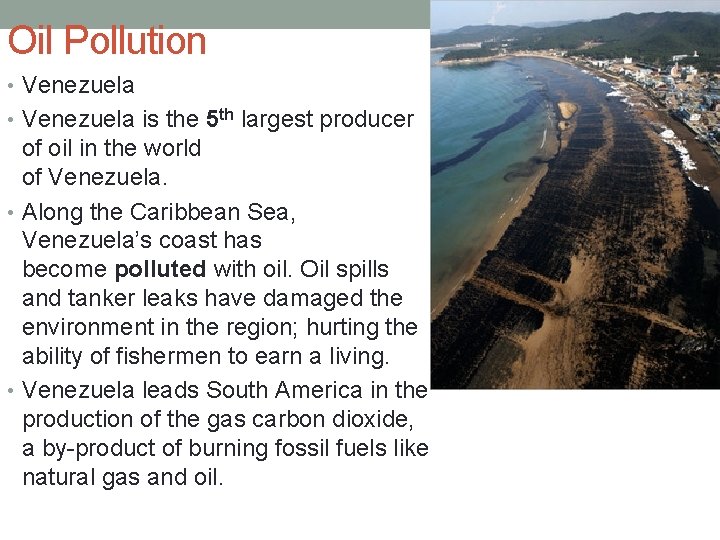 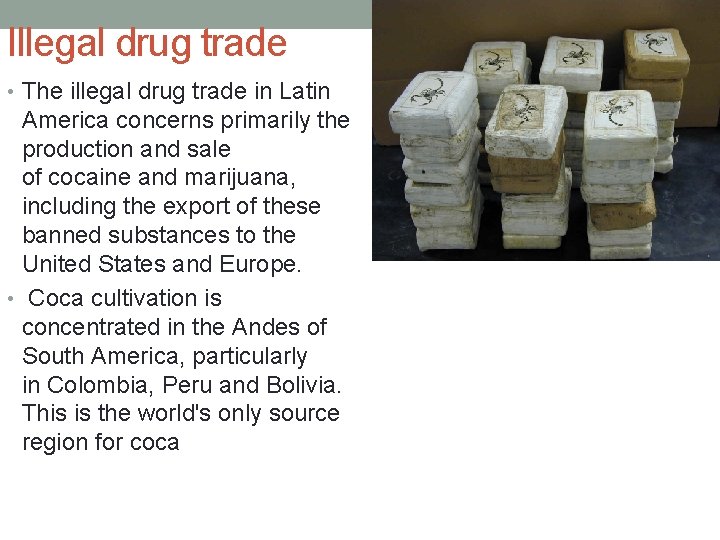 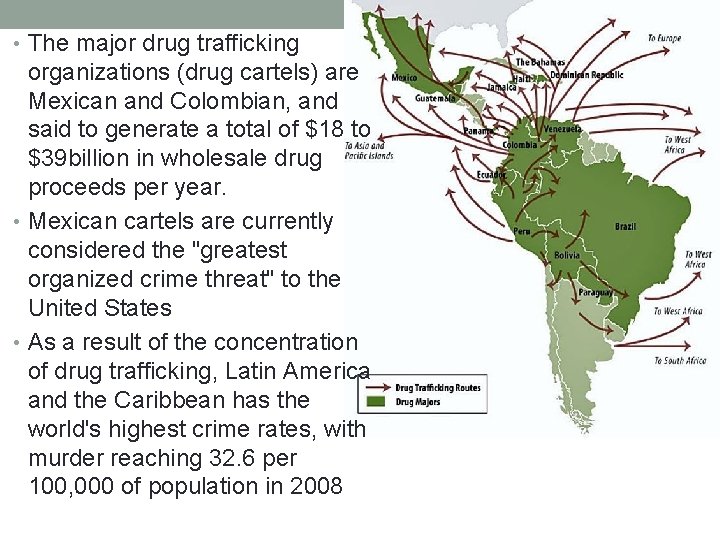 • Mexico City Air Pollution • has become a major issue in some countries of Latin America and the Caribbean because of urban development and growing industrialization. • industrial air pollution and vehicle emissions and are the primary sources of air pollution. • Although air-quality standards have been established in some Latin American countries, these are frequently exceeded.

• Amazon Rainforest Deforestation • In South America, most deforestation takes place because of a need for agricultural land. There are three main types of deforestation that take place in these tropical regions.

Slash and Burn • people turn to agriculture to meet the everyday needs of survival. • Slash And Burn- Poor farmers then migrate to agricultural settlement areas, and cut down several acres of land to use for farming. They then burn the stumps to release the nutrients into the soil needed to grow crops. This is essential because in rainforests nearly all of the nutrients required to sustain life are found within the plants and trees, and not in the soil. • The land is left to re grow, but as the soil is left barren, the forest will take a long time (up to 50 years) to grow back.

Intensive Agriculture • Intensive' agriculture takes place on a much bigger scale. Large companies clear vast amounts of land, often for cattle pastures to fill the world beef market. They also use the land for large plantations, and use pesticides and irrigation systems that are very damaging to the land. • However, the chemicals they use to kill pests also kill other animals and cause a lot of damage to surrounding areas. • The rain washes the chemicals into the water system killing the fish, another popular industry in South America, and the use of irrigation systems in Banana plantations affects the natural water balance of the land, which can have other damaging effects.

Logging • Lastly, commercial loggers cut forests to sell as timber or pulp. This is done either selectively, taking only certain types of tree, or through clear cutting, where all trees in an area are removed. • When clear cutting has taken place, it is very difficult for the forest to re-grow at all, because all the nutrients have been removed - trees are taken away not burnt, so their nutrients are not released into the soil.

Effects on Wildlife • Also greatly affected are the animals and plants that live in the rainforests. Tropical rainforests hold about 50% of earth's species of animals. When we destroy their habitat, we kill them too. It is estimated that over 130 species a day are wiped out globally through deforestation

Oil Pollution • Venezuela is the 5 th largest producer of oil in the world of Venezuela. • Along the Caribbean Sea, Venezuela’s coast has become polluted with oil. Oil spills and tanker leaks have damaged the environment in the region; hurting the ability of fishermen to earn a living. • Venezuela leads South America in the production of the gas carbon dioxide, a by-product of burning fossil fuels like natural gas and oil.

Illegal drug trade • The illegal drug trade in Latin America concerns primarily the production and sale of cocaine and marijuana, including the export of these banned substances to the United States and Europe. • Coca cultivation is concentrated in the Andes of South America, particularly in Colombia, Peru and Bolivia. This is the world's only source region for coca

• The major drug trafficking organizations (drug cartels) are Mexican and Colombian, and said to generate a total of $18 to $39 billion in wholesale drug proceeds per year. • Mexican cartels are currently considered the "greatest organized crime threat" to the United States • As a result of the concentration of drug trafficking, Latin America and the Caribbean has the world's highest crime rates, with murder reaching 32. 6 per 100, 000 of population in 2008 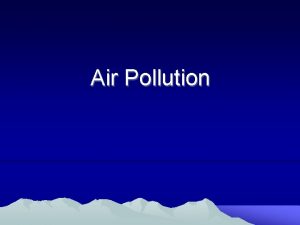 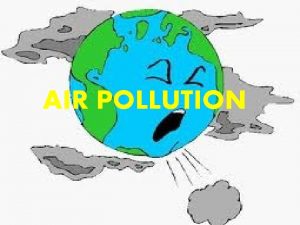 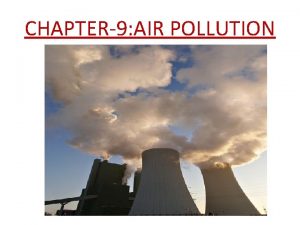 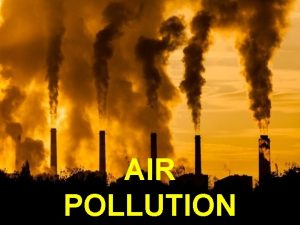 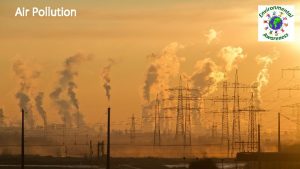 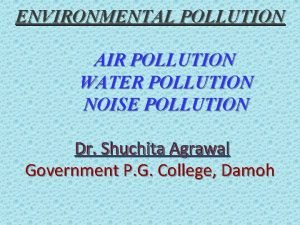 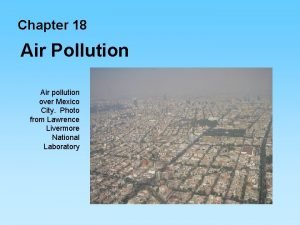 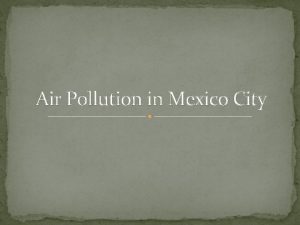