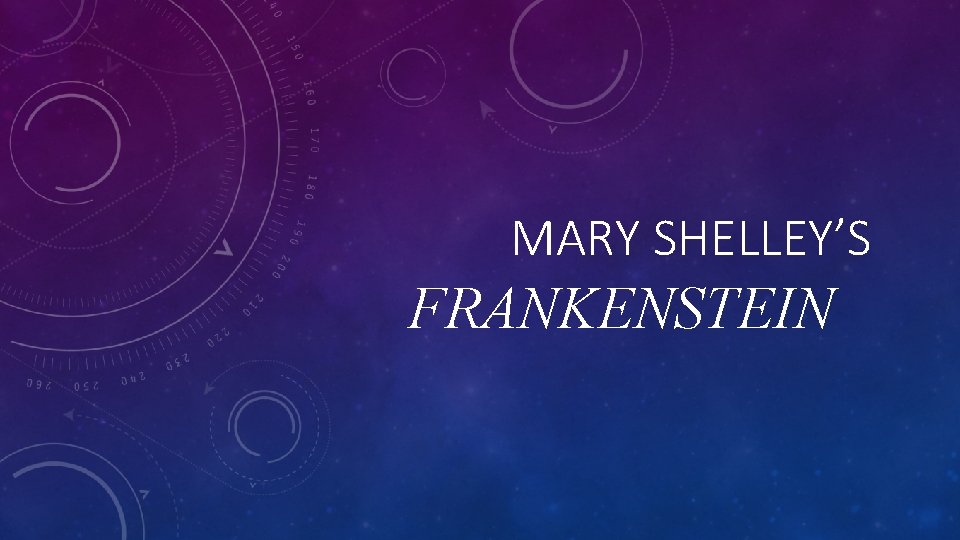 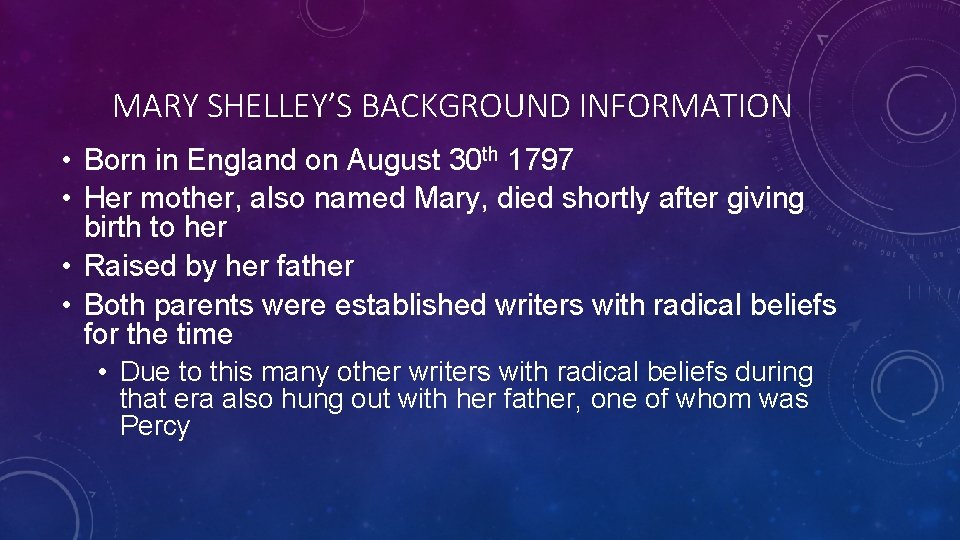 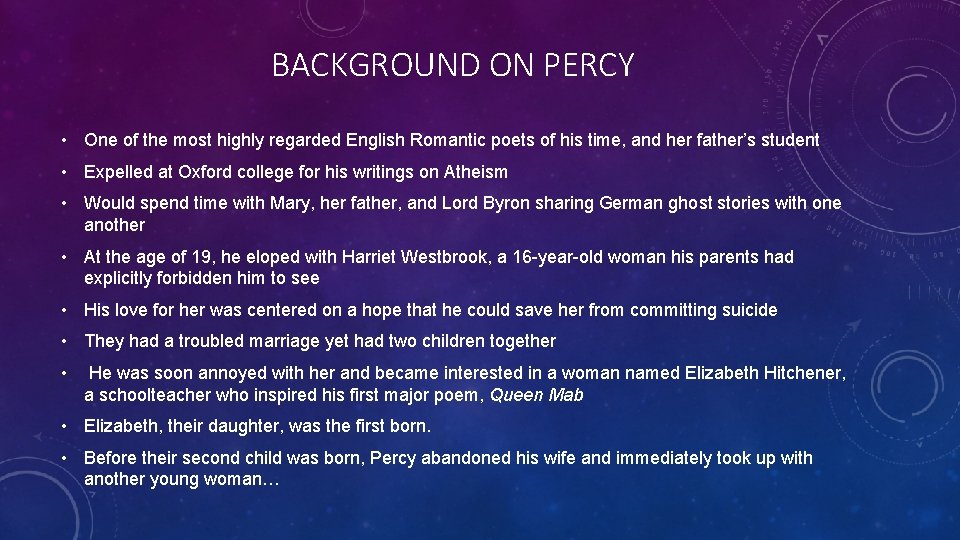 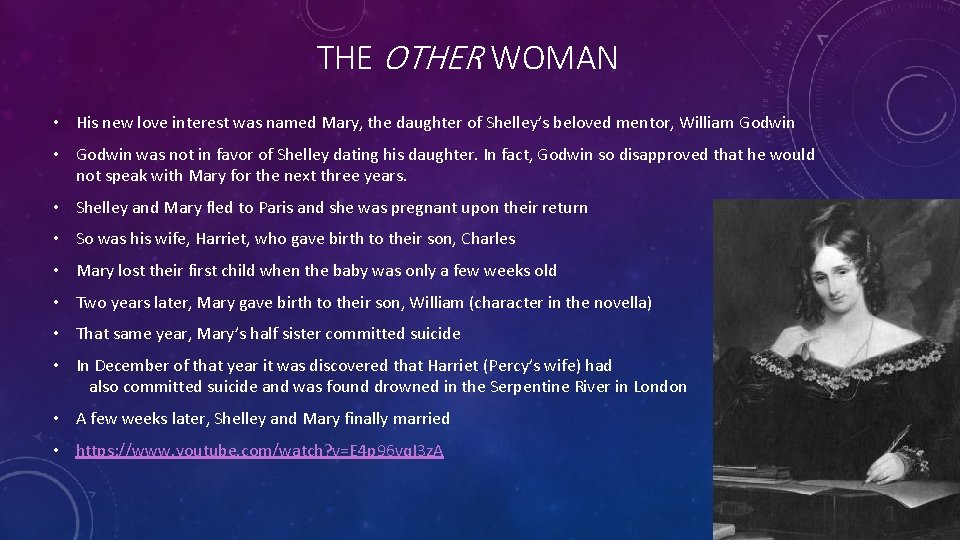 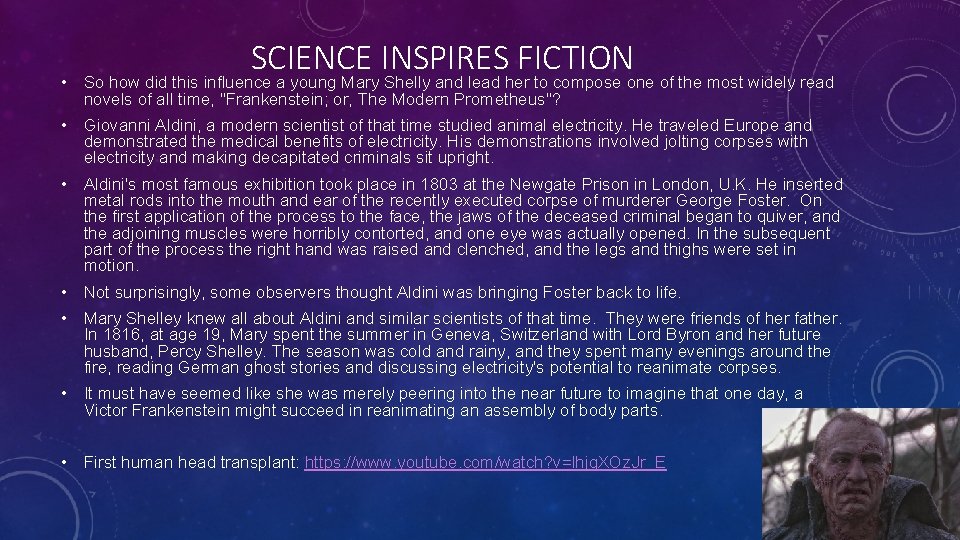 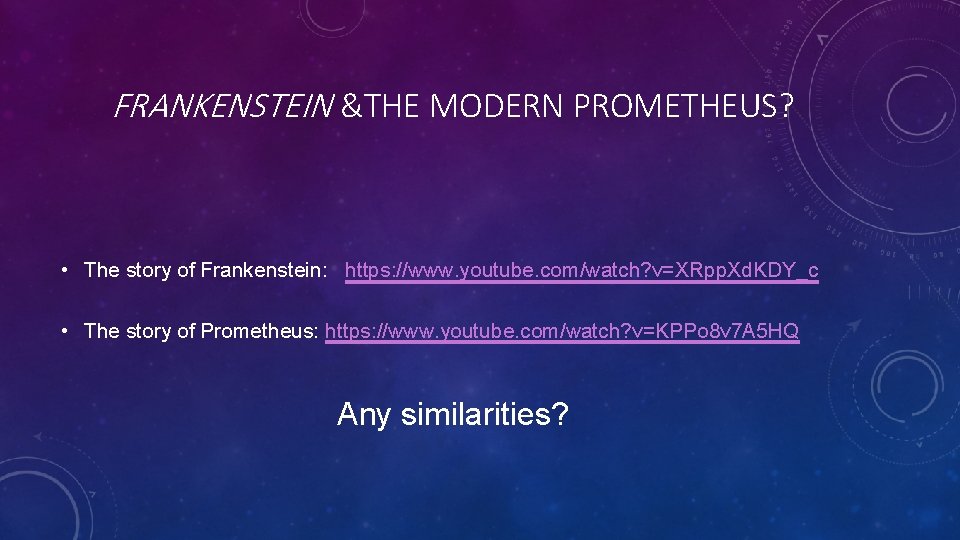 BACKGROUND ON PERCY • One of the most highly regarded English Romantic poets of his time, and her father’s student • Expelled at Oxford college for his writings on Atheism • Would spend time with Mary, her father, and Lord Byron sharing German ghost stories with one another • At the age of 19, he eloped with Harriet Westbrook, a 16 -year-old woman his parents had explicitly forbidden him to see • His love for her was centered on a hope that he could save her from committing suicide • They had a troubled marriage yet had two children together • He was soon annoyed with her and became interested in a woman named Elizabeth Hitchener, a schoolteacher who inspired his first major poem, Queen Mab • Elizabeth, their daughter, was the first born. • Before their second child was born, Percy abandoned his wife and immediately took up with another young woman…

THE OTHER WOMAN • His new love interest was named Mary, the daughter of Shelley’s beloved mentor, William Godwin • Godwin was not in favor of Shelley dating his daughter. In fact, Godwin so disapproved that he would not speak with Mary for the next three years. • Shelley and Mary fled to Paris and she was pregnant upon their return • So was his wife, Harriet, who gave birth to their son, Charles • Mary lost their first child when the baby was only a few weeks old • Two years later, Mary gave birth to their son, William (character in the novella) • That same year, Mary’s half sister committed suicide • In December of that year it was discovered that Harriet (Percy’s wife) had also committed suicide and was found drowned in the Serpentine River in London • A few weeks later, Shelley and Mary finally married • https: //www. youtube. com/watch? v=E 4 p 96 vq. I 3 z. A

SCIENCE INSPIRES FICTION • So how did this influence a young Mary Shelly and lead her to compose one of the most widely read novels of all time, "Frankenstein; or, The Modern Prometheus"? • Giovanni Aldini, a modern scientist of that time studied animal electricity. He traveled Europe and demonstrated the medical benefits of electricity. His demonstrations involved jolting corpses with electricity and making decapitated criminals sit upright. • Aldini's most famous exhibition took place in 1803 at the Newgate Prison in London, U. K. He inserted metal rods into the mouth and ear of the recently executed corpse of murderer George Foster. On the first application of the process to the face, the jaws of the deceased criminal began to quiver, and the adjoining muscles were horribly contorted, and one eye was actually opened. In the subsequent part of the process the right hand was raised and clenched, and the legs and thighs were set in motion. • Not surprisingly, some observers thought Aldini was bringing Foster back to life. • Mary Shelley knew all about Aldini and similar scientists of that time. They were friends of her father. In 1816, at age 19, Mary spent the summer in Geneva, Switzerland with Lord Byron and her future husband, Percy Shelley. The season was cold and rainy, and they spent many evenings around the fire, reading German ghost stories and discussing electricity's potential to reanimate corpses. • It must have seemed like she was merely peering into the near future to imagine that one day, a Victor Frankenstein might succeed in reanimating an assembly of body parts. • First human head transplant: https: //www. youtube. com/watch? v=lhjq. XOz. Jr_E 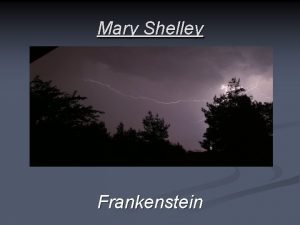 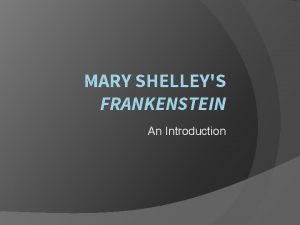 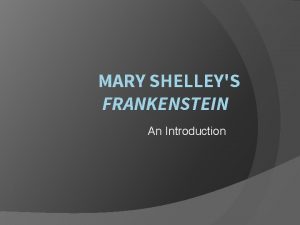 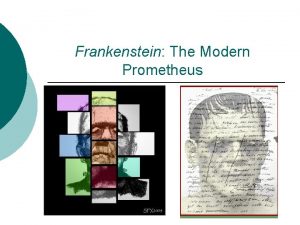 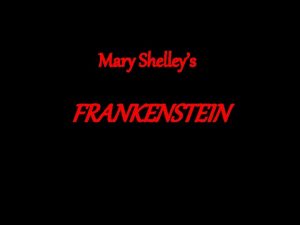