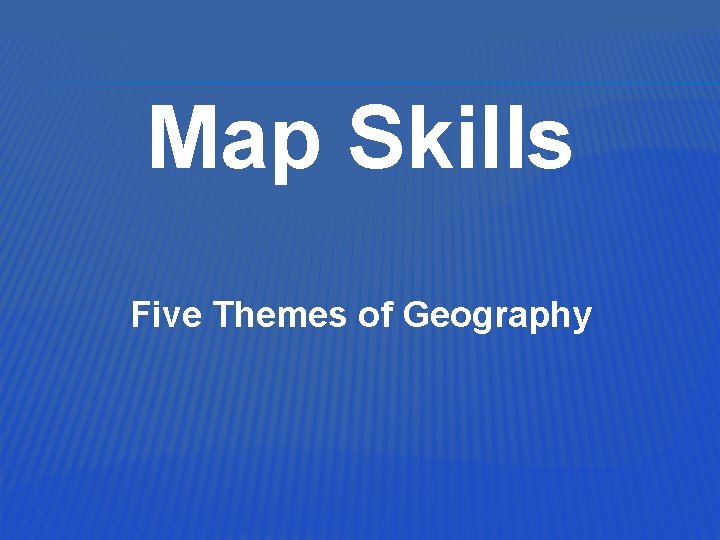 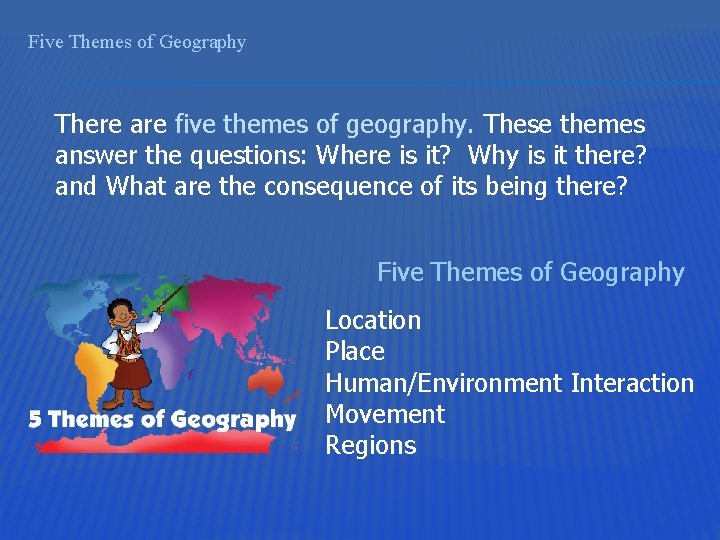 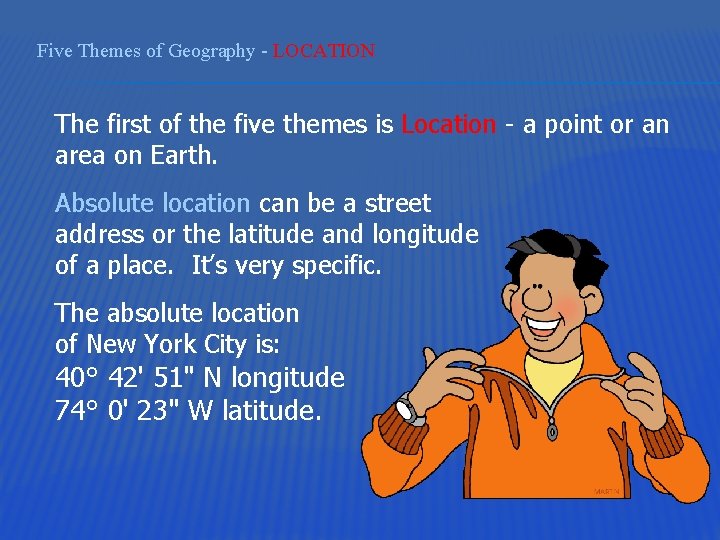 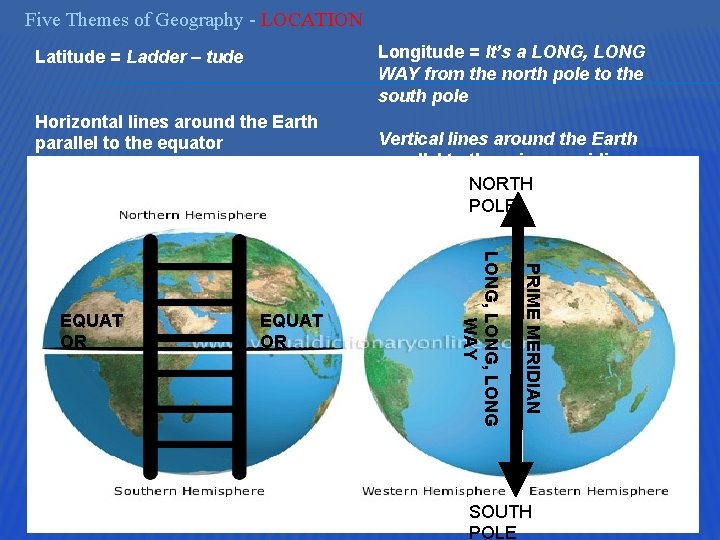 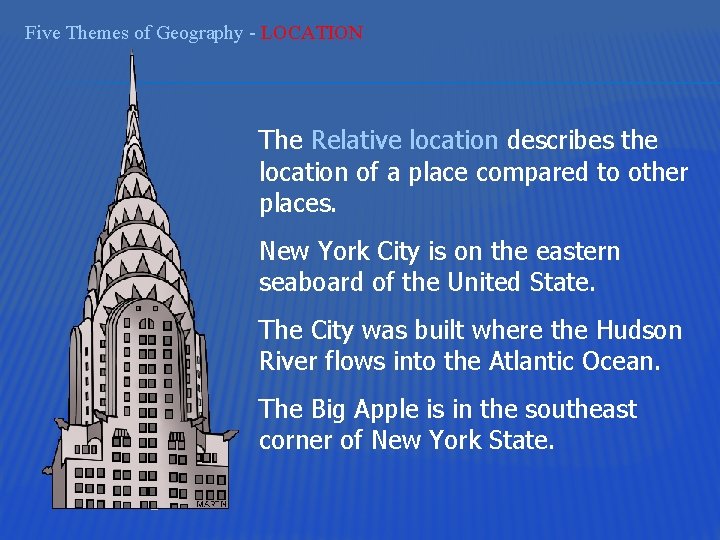 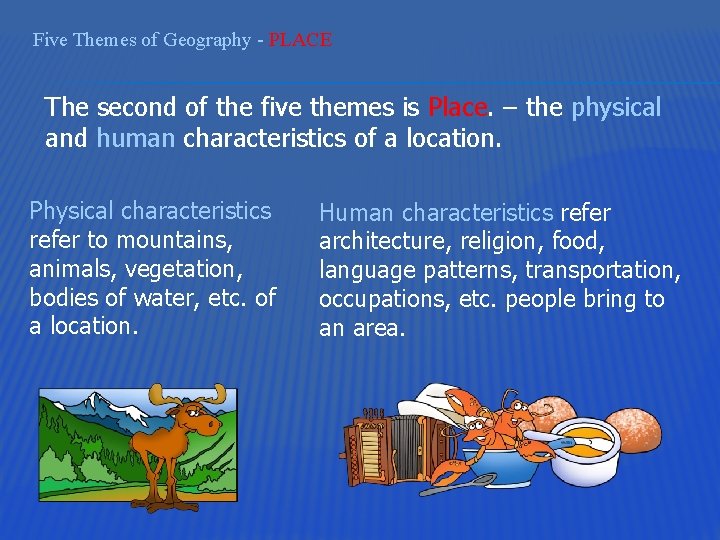 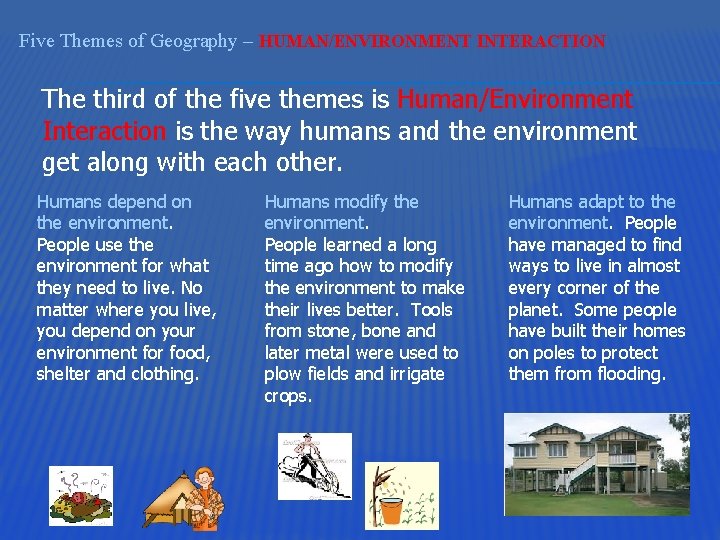 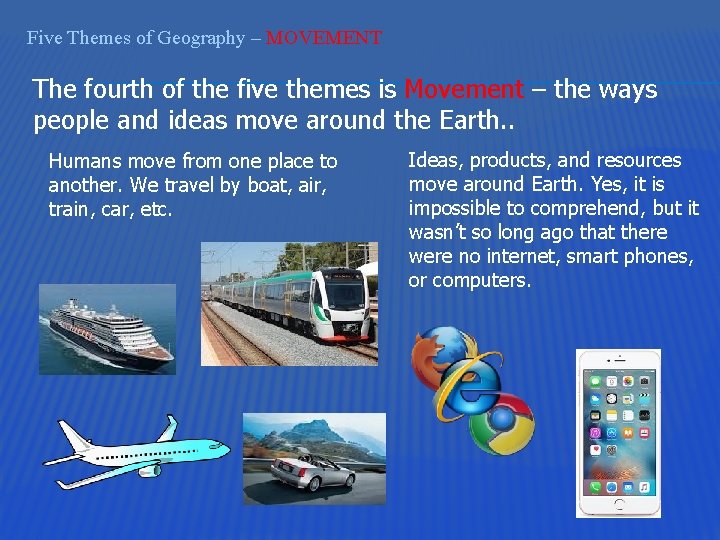 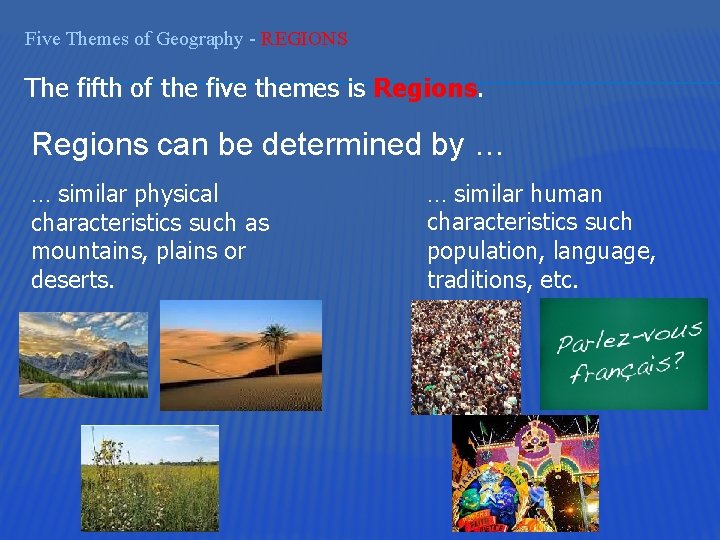 Five Themes of Geography - LOCATION The first of the five themes is Location - a point or an area on Earth. Absolute location can be a street address or the latitude and longitude of a place. It’s very specific. The absolute location of New York City is: 40° 42' 51" N longitude 74° 0' 23" W latitude.

Five Themes of Geography - LOCATION The Relative location describes the location of a place compared to other places. New York City is on the eastern seaboard of the United State. The City was built where the Hudson River flows into the Atlantic Ocean. The Big Apple is in the southeast corner of New York State.

Five Themes of Geography – MOVEMENT The fourth of the five themes is Movement – the ways people and ideas move around the Earth. . Humans move from one place to another. We travel by boat, air, train, car, etc. Ideas, products, and resources move around Earth. Yes, it is impossible to comprehend, but it wasn’t so long ago that there were no internet, smart phones, or computers. 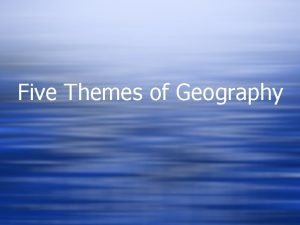 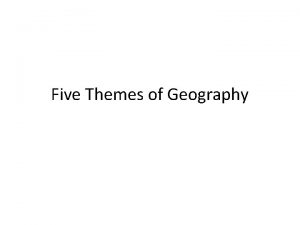 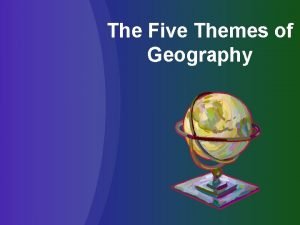 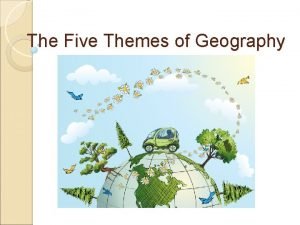 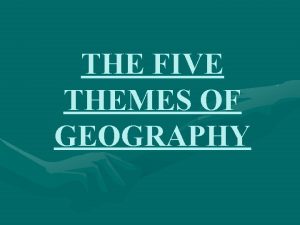 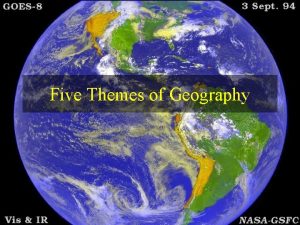 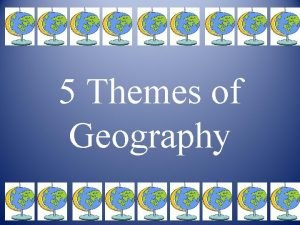 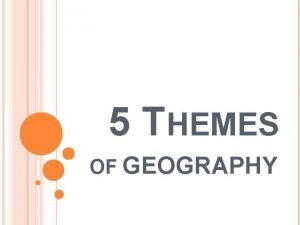