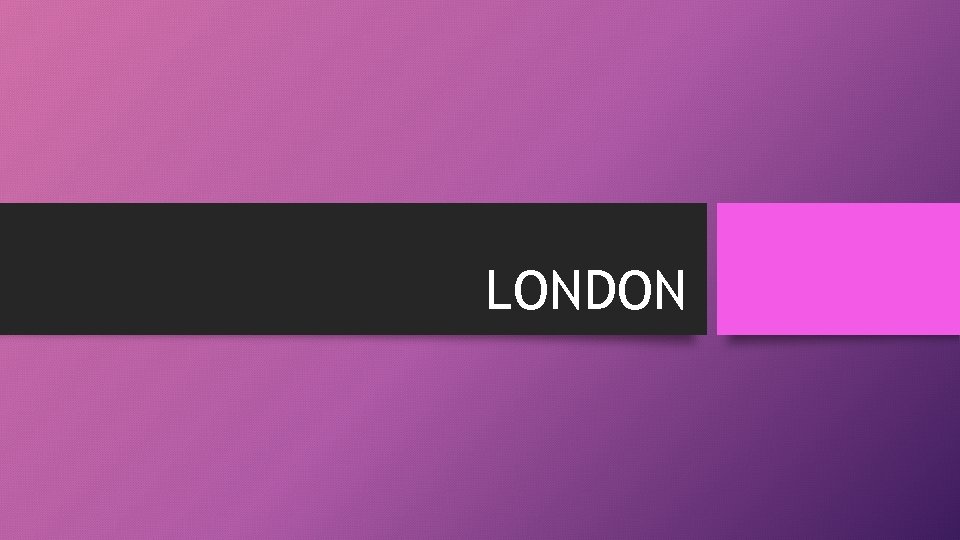 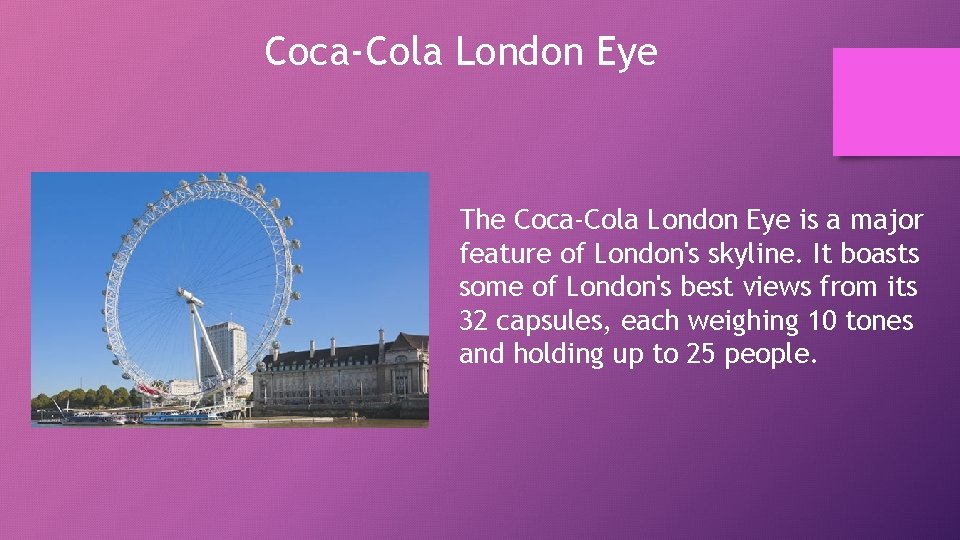 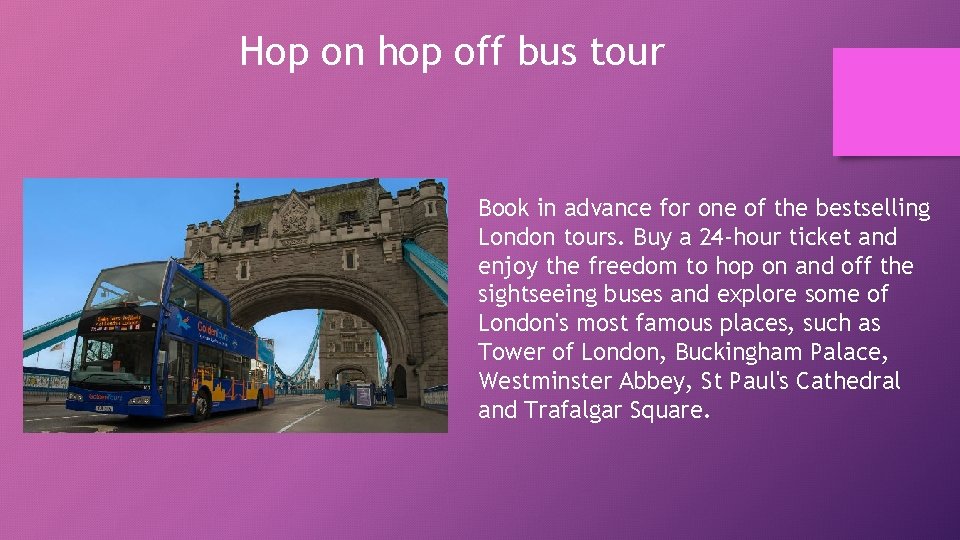 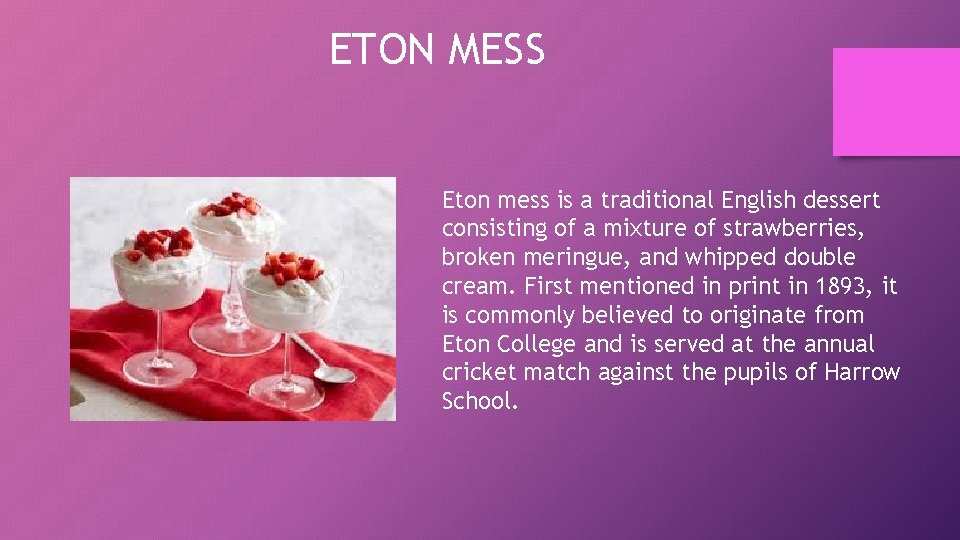 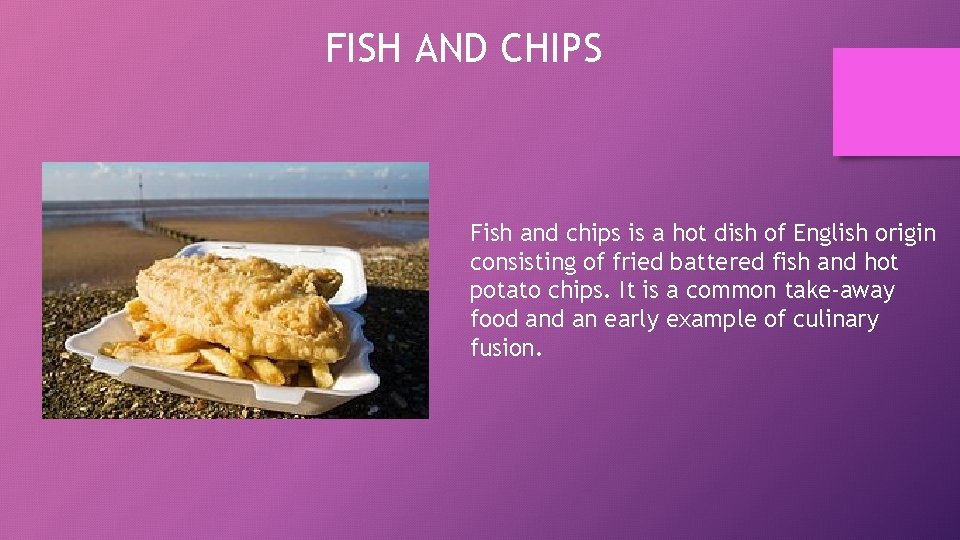 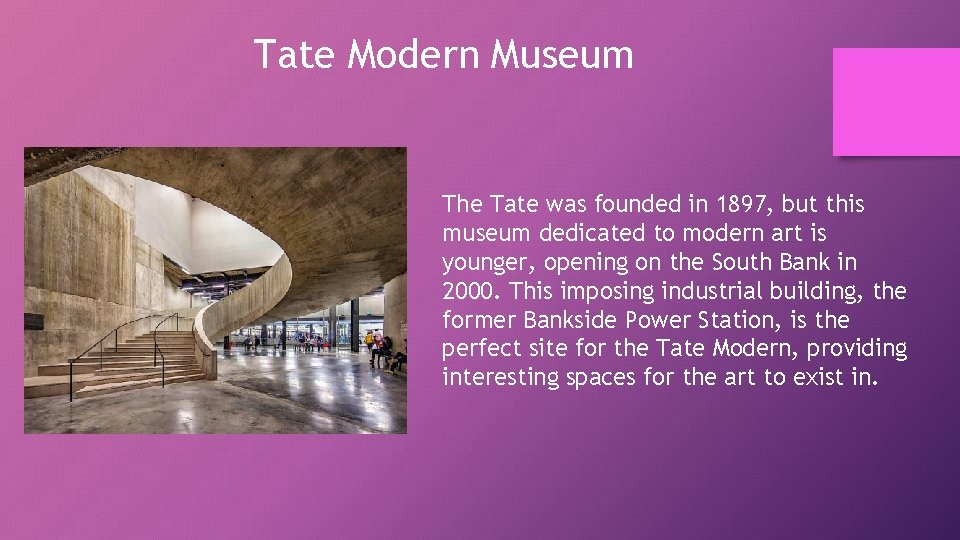 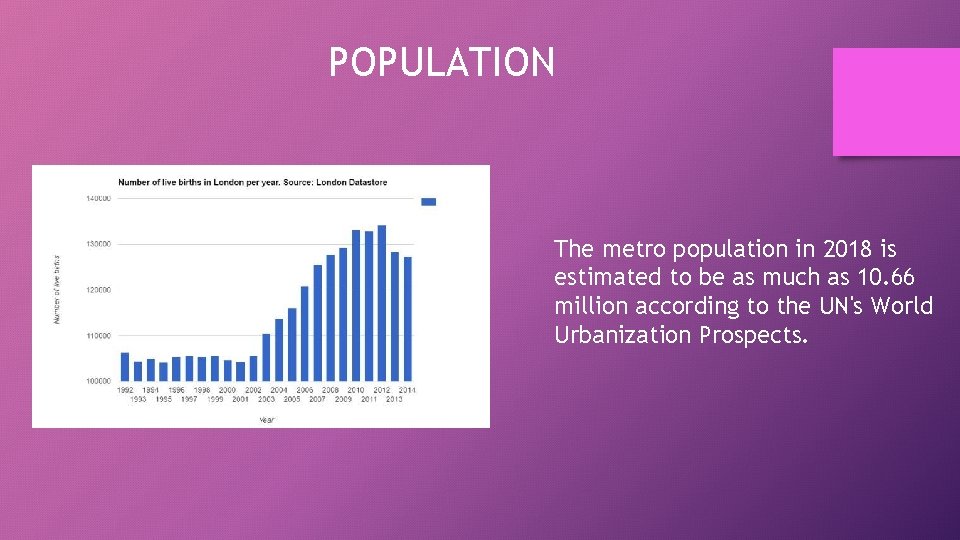 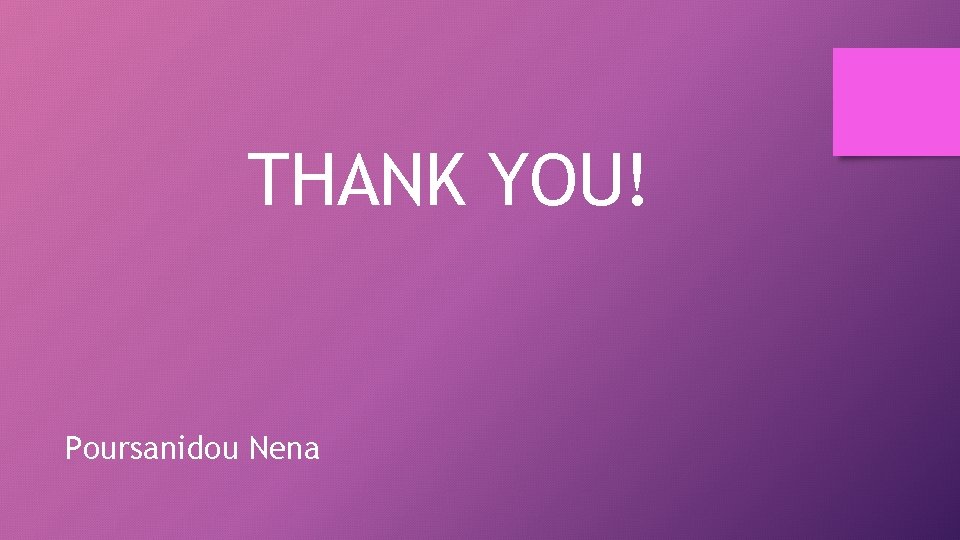 Hop on hop off bus tour Book in advance for one of the bestselling London tours. Buy a 24 -hour ticket and enjoy the freedom to hop on and off the sightseeing buses and explore some of London's most famous places, such as Tower of London, Buckingham Palace, Westminster Abbey, St Paul's Cathedral and Trafalgar Square.

ETON MESS Eton mess is a traditional English dessert consisting of a mixture of strawberries, broken meringue, and whipped double cream. First mentioned in print in 1893, it is commonly believed to originate from Eton College and is served at the annual cricket match against the pupils of Harrow School.

FISH AND CHIPS Fish and chips is a hot dish of English origin consisting of fried battered fish and hot potato chips. It is a common take-away food an early example of culinary fusion.

Tate Modern Museum The Tate was founded in 1897, but this museum dedicated to modern art is younger, opening on the South Bank in 2000. This imposing industrial building, the former Bankside Power Station, is the perfect site for the Tate Modern, providing interesting spaces for the art to exist in.

POPULATION The metro population in 2018 is estimated to be as much as 10. 66 million according to the UN's World Urbanization Prospects. 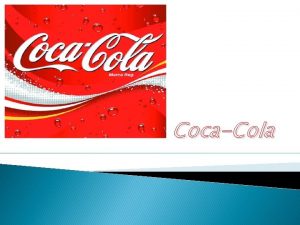 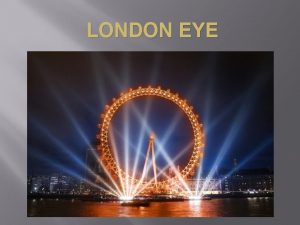 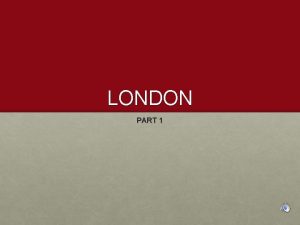 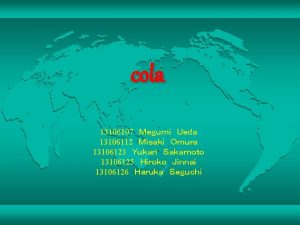 About CocaCola l The goods of CocaCola are 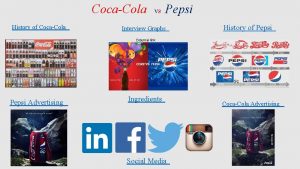 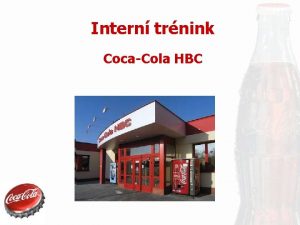 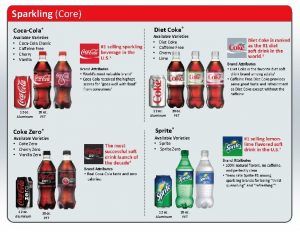