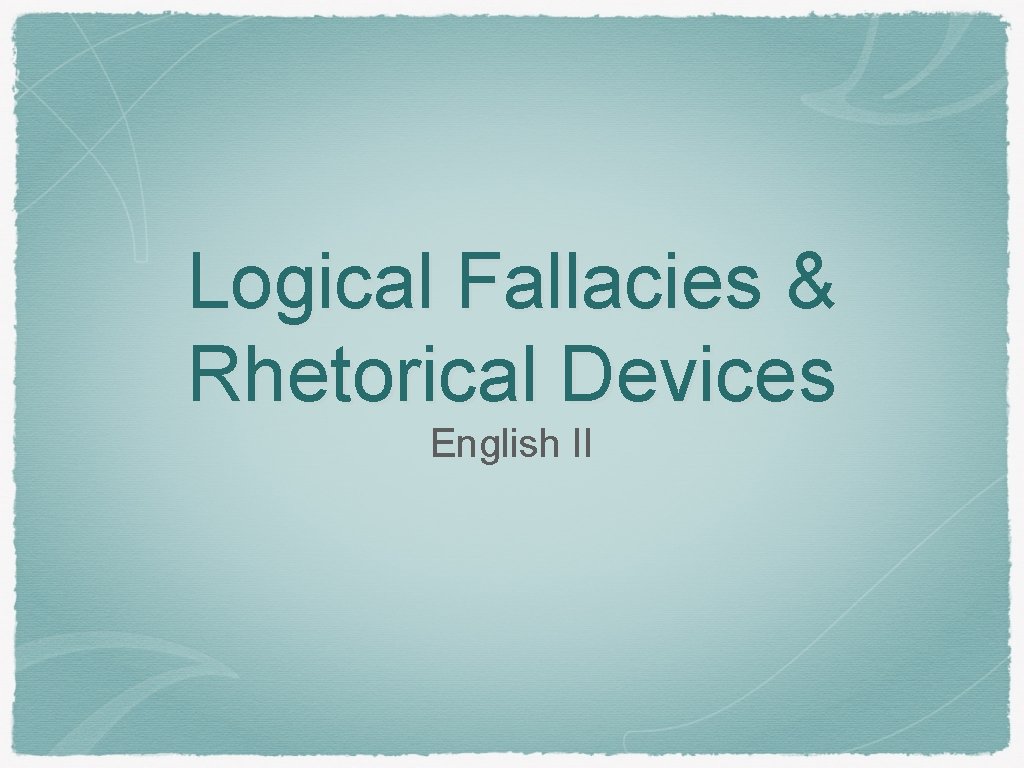 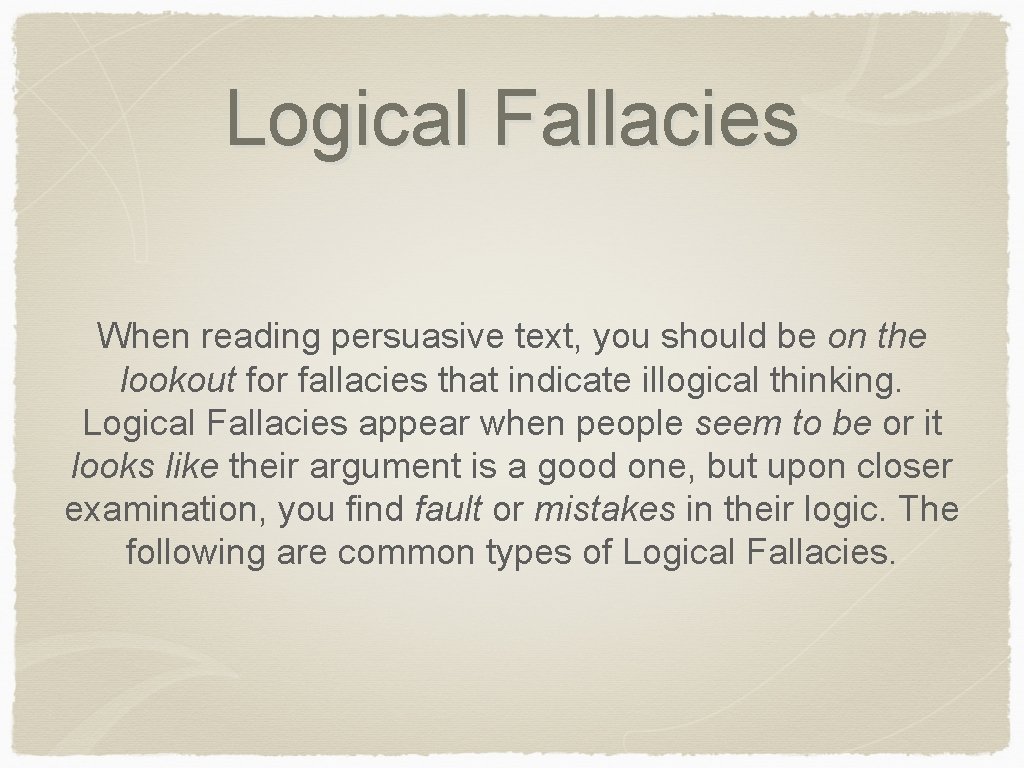 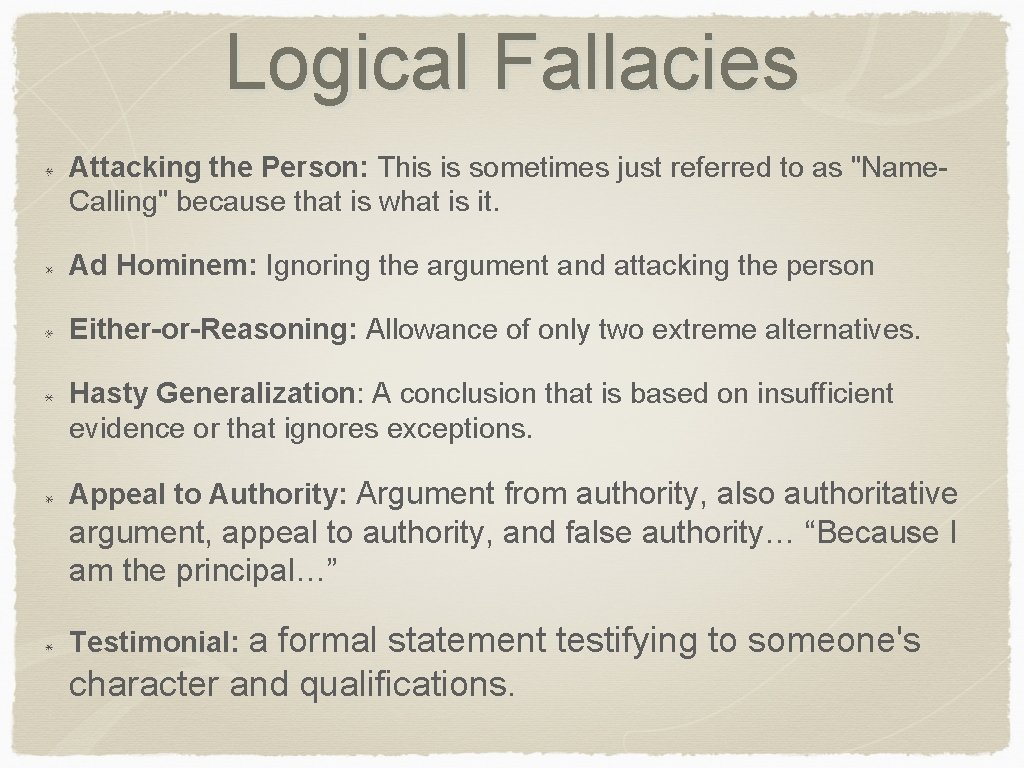 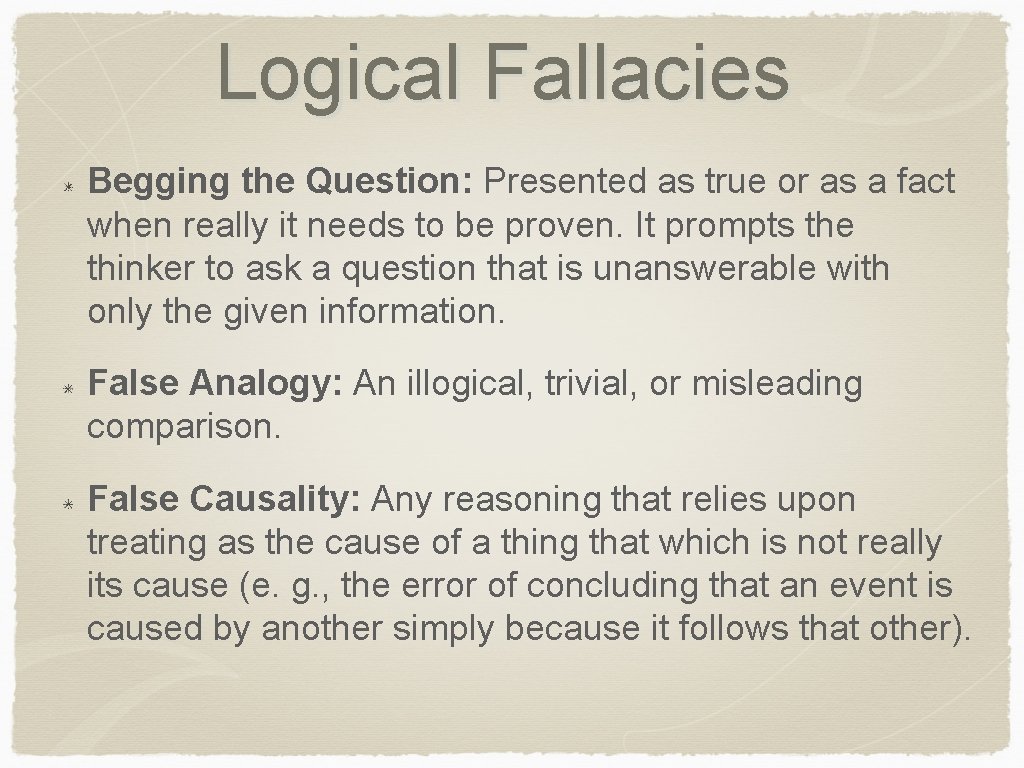 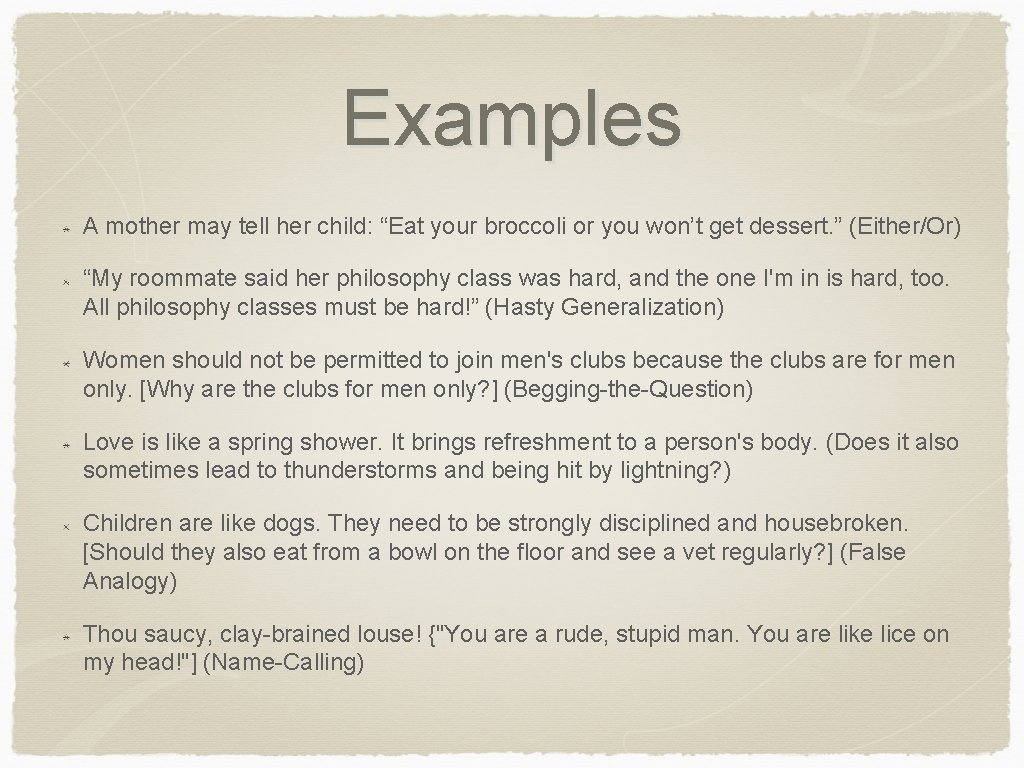 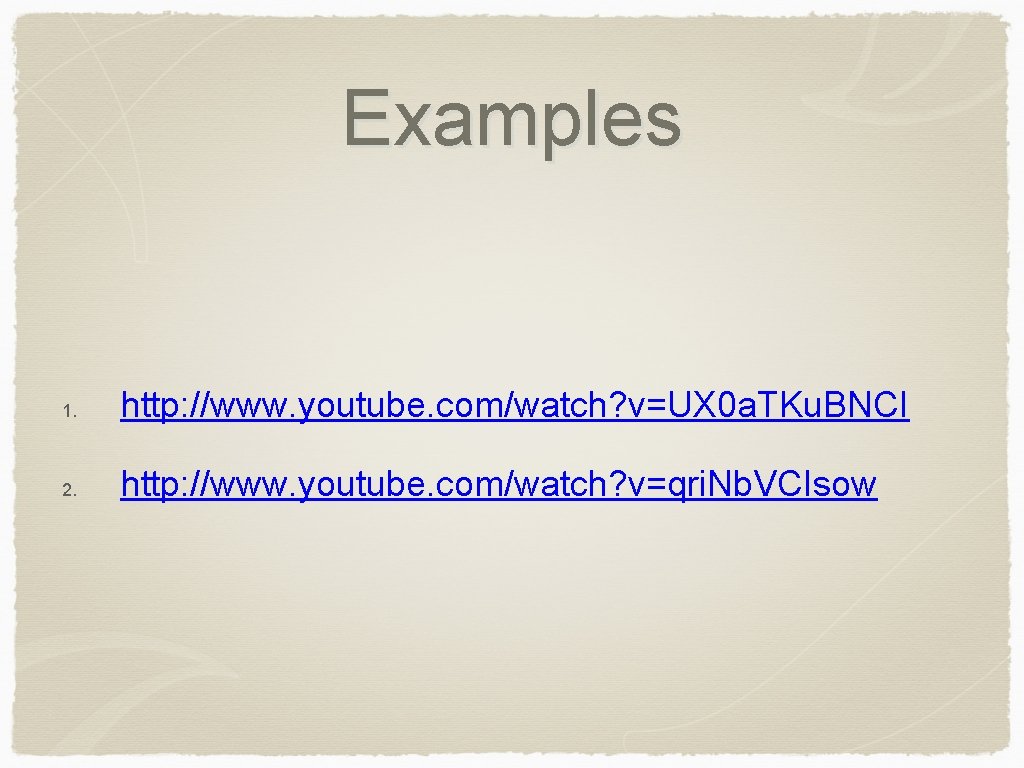 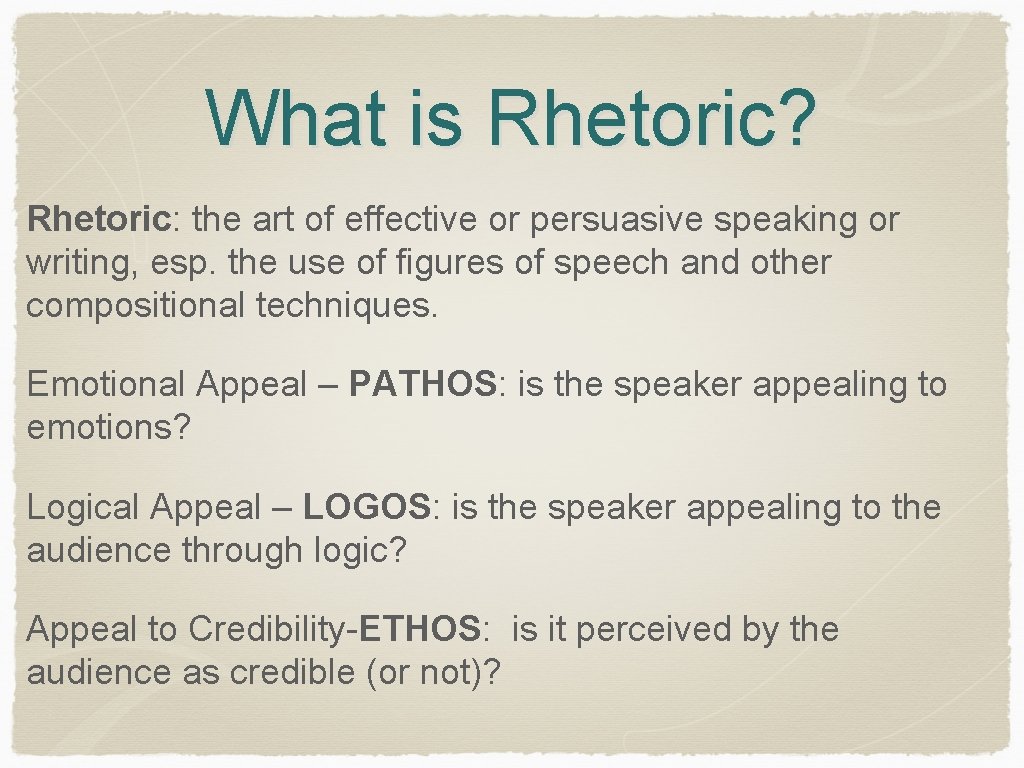 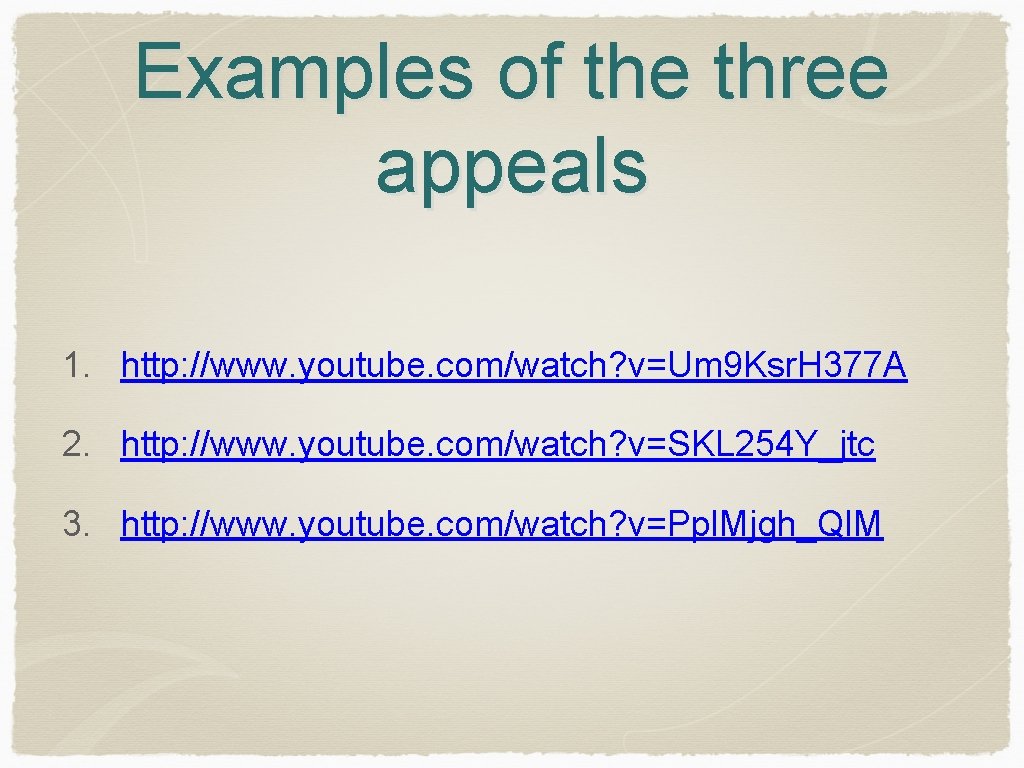 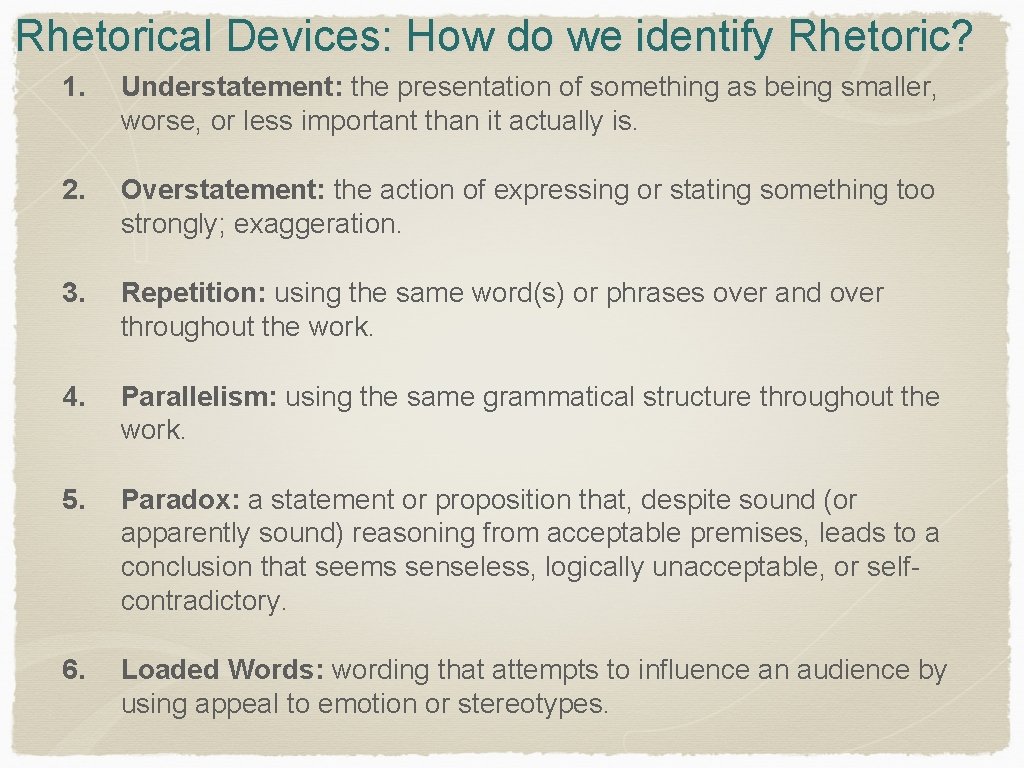 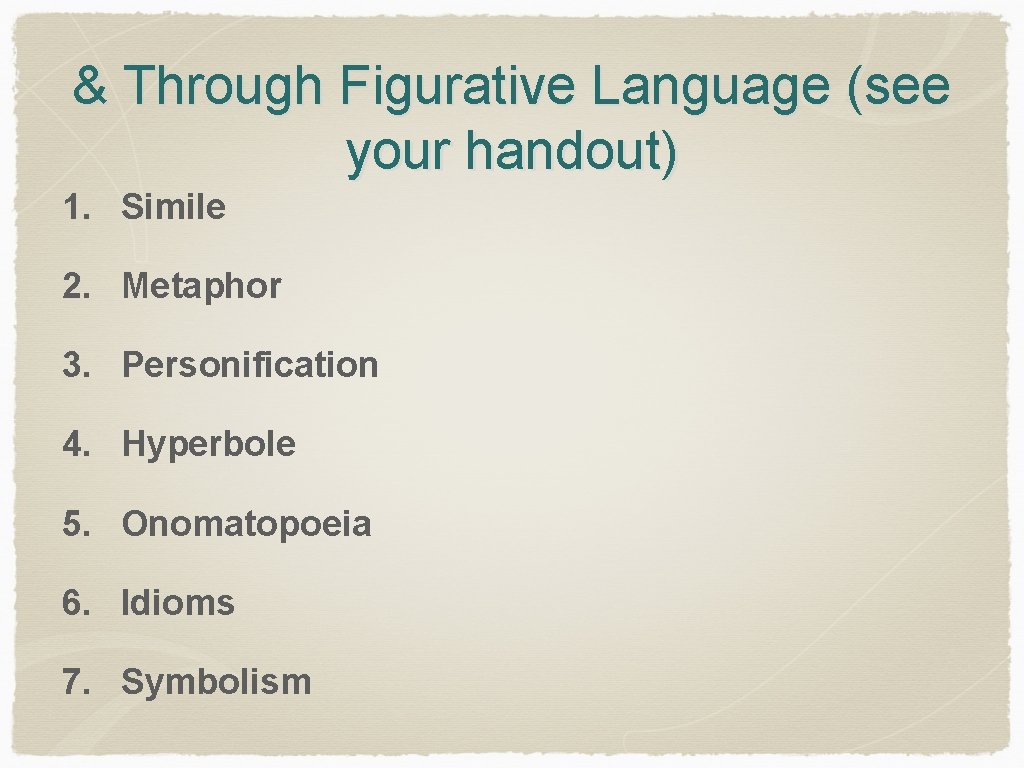 Logical Fallacies When reading persuasive text, you should be on the lookout for fallacies that indicate illogical thinking. Logical Fallacies appear when people seem to be or it looks like their argument is a good one, but upon closer examination, you find fault or mistakes in their logic. The following are common types of Logical Fallacies.

Logical Fallacies Attacking the Person: This is sometimes just referred to as "Name. Calling" because that is what is it. Ad Hominem: Ignoring the argument and attacking the person Either-or-Reasoning: Allowance of only two extreme alternatives. Hasty Generalization: A conclusion that is based on insufficient evidence or that ignores exceptions. Appeal to Authority: Argument from authority, also authoritative argument, appeal to authority, and false authority… “Because I am the principal…” Testimonial: a formal statement testifying to someone's character and qualifications.

Logical Fallacies Begging the Question: Presented as true or as a fact when really it needs to be proven. It prompts the thinker to ask a question that is unanswerable with only the given information. False Analogy: An illogical, trivial, or misleading comparison. False Causality: Any reasoning that relies upon treating as the cause of a thing that which is not really its cause (e. g. , the error of concluding that an event is caused by another simply because it follows that other).

Examples A mother may tell her child: “Eat your broccoli or you won’t get dessert. ” (Either/Or) “My roommate said her philosophy class was hard, and the one I'm in is hard, too. All philosophy classes must be hard!” (Hasty Generalization) Women should not be permitted to join men's clubs because the clubs are for men only. [Why are the clubs for men only? ] (Begging-the-Question) Love is like a spring shower. It brings refreshment to a person's body. (Does it also sometimes lead to thunderstorms and being hit by lightning? ) Children are like dogs. They need to be strongly disciplined and housebroken. [Should they also eat from a bowl on the floor and see a vet regularly? ] (False Analogy) Thou saucy, clay-brained louse! {"You are a rude, stupid man. You are like lice on my head!"] (Name-Calling)

What is Rhetoric? Rhetoric: the art of effective or persuasive speaking or writing, esp. the use of figures of speech and other compositional techniques. Emotional Appeal – PATHOS: is the speaker appealing to emotions? Logical Appeal – LOGOS: is the speaker appealing to the audience through logic? Appeal to Credibility-ETHOS: is it perceived by the audience as credible (or not)?

Rhetorical Devices: How do we identify Rhetoric? 1. Understatement: the presentation of something as being smaller, worse, or less important than it actually is. 2. Overstatement: the action of expressing or stating something too strongly; exaggeration. 3. Repetition: using the same word(s) or phrases over and over throughout the work. 4. Parallelism: using the same grammatical structure throughout the work. 5. Paradox: a statement or proposition that, despite sound (or apparently sound) reasoning from acceptable premises, leads to a conclusion that seems senseless, logically unacceptable, or selfcontradictory. 6. Loaded Words: wording that attempts to influence an audience by using appeal to emotion or stereotypes. 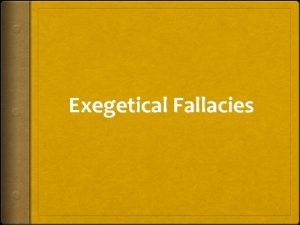 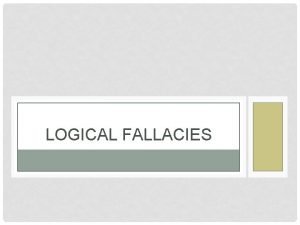 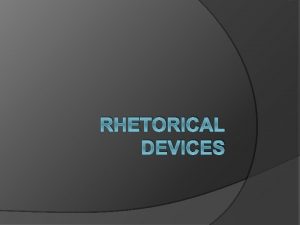 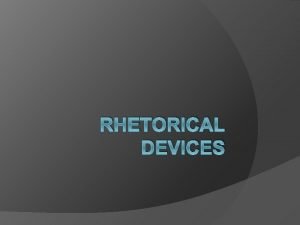 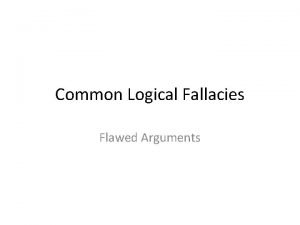 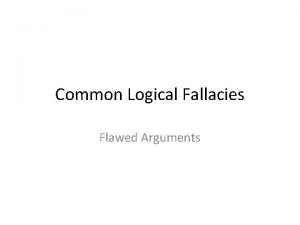 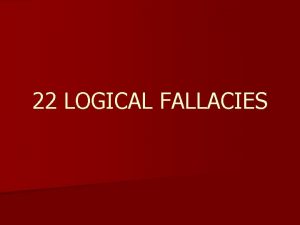 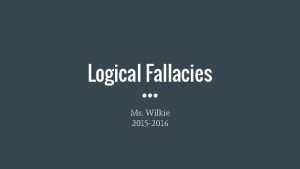 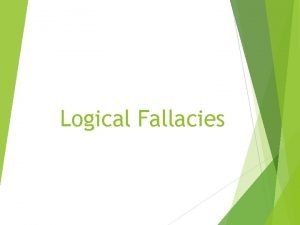