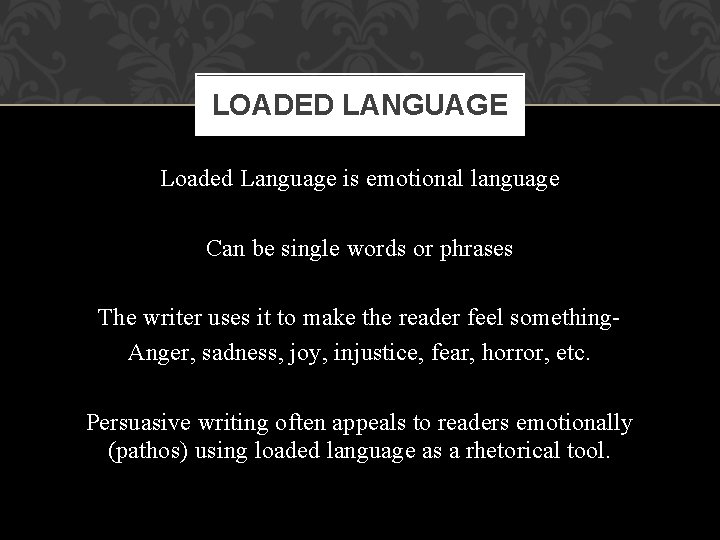 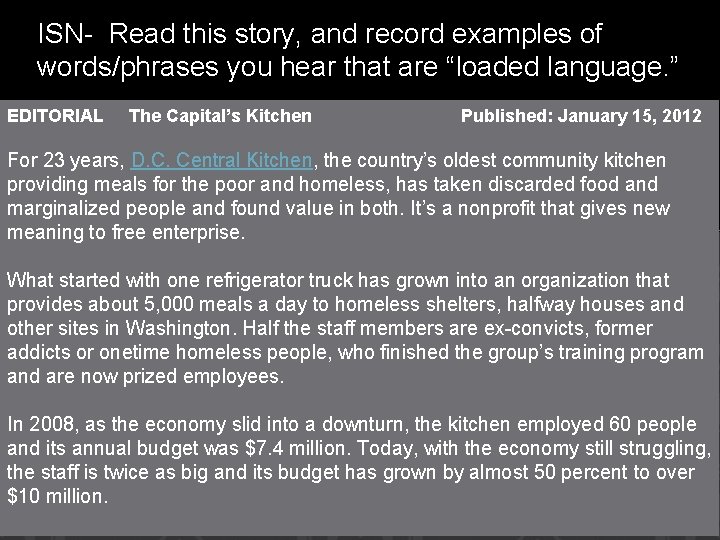 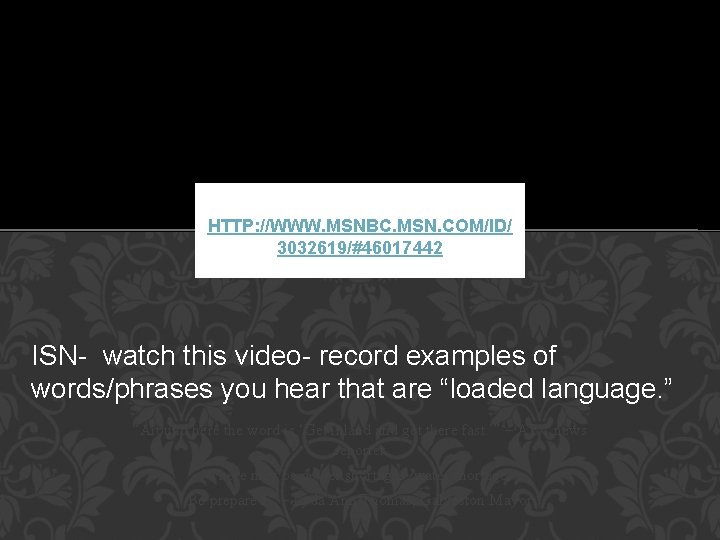 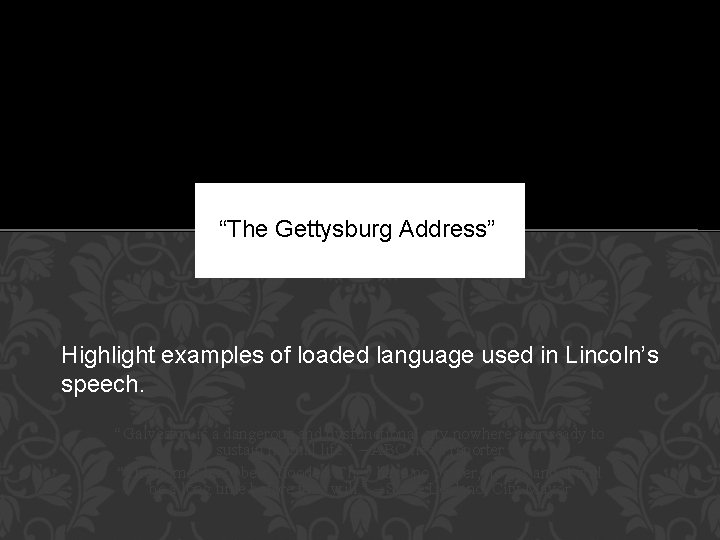 ISN- Read this story, and record examples of words/phrases you hear that are “loaded language. ” EDITORIAL The Capital’s Kitchen Published: January 15, 2012 For 23 years, D. C. Central Kitchen, the country’s oldest community kitchen providing meals for the poor and homeless, has taken discarded food and marginalized people and found value in both. It’s a nonprofit that gives new meaning to free enterprise. What started with one refrigerator truck has grown into an organization that provides about 5, 000 meals a day to homeless shelters, halfway houses and “This {outbreak of swine flu} is obviously a cause for other sites in Washington. Half the staff members are ex-convicts, former concern and requires a heightened state of alert. But it is not addicts or onetime homeless people, who finished the group’s training program a cause for alarm. The US Department of Health & Human and are now prized employees. Services declared a public health emergency as a precautionary tool to ensure we have the resources we need In 2008, as the economy slid into a downturn, the kitchen employed 60 people at our disposal to respond quickly and effectively. ” and its annual budget was $7. 4 million. Today, with the economy still struggling, the staff is twice as big and its budget has grown by almost 50 percent to over – President Obama: press conference in April 2009 $10 million.

HTTP: //WWW. MSNBC. MSN. COM/ID/ 3032619/#46017442 ISN- watch this video- record examples of words/phrases you hear that are “loaded language. ” “Around here the word is ‘Get inland get there fast. ’” – ABC news reporter “There may be power shortages, water shortages. Be prepared. ” – Lyda Ann Thomas, Galveston Mayor

“The Gettysburg Address” Highlight examples of loaded language used in Lincoln’s speech. “Galveston is a dangerous and dysfunctional city nowhere near ready to sustain normal life. ” – ABC news reporter “The homes have been flooded. They have no power, no gas and it will be a long time before they will. ” – Steve Leblanc, City Mayor 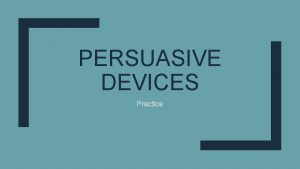 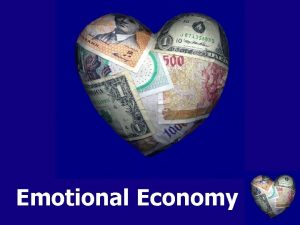 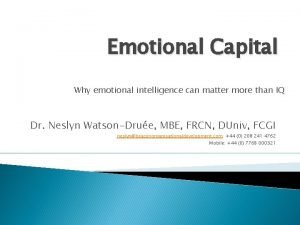