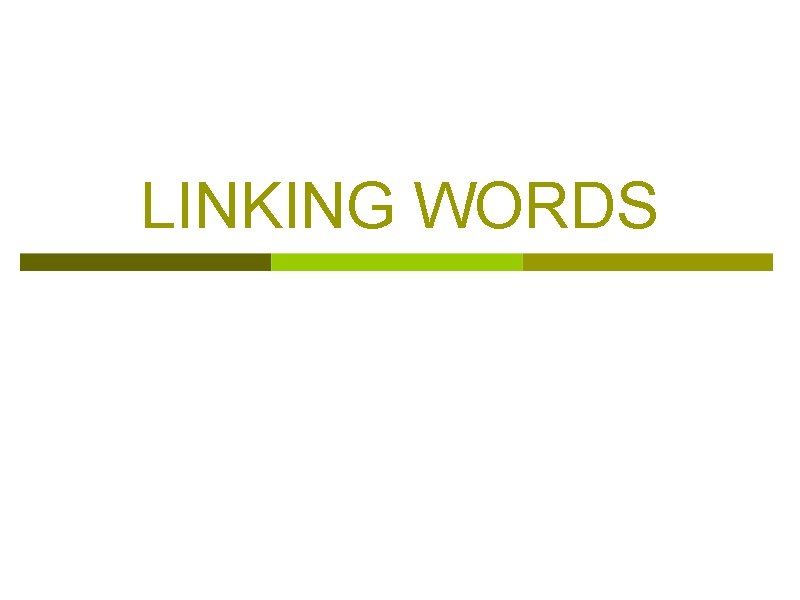 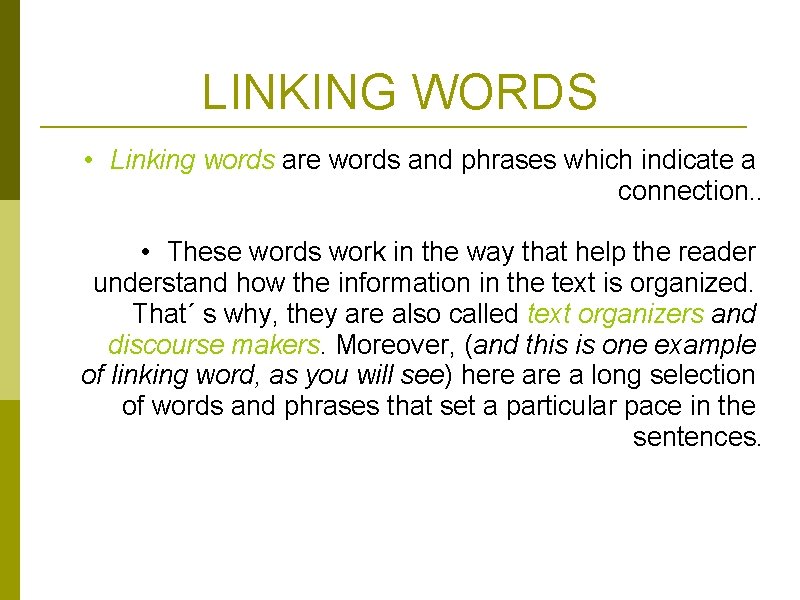 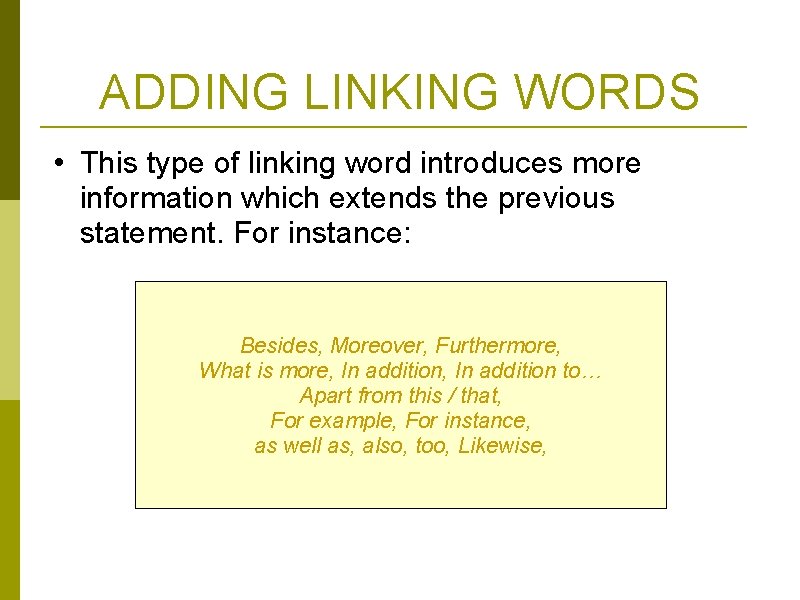 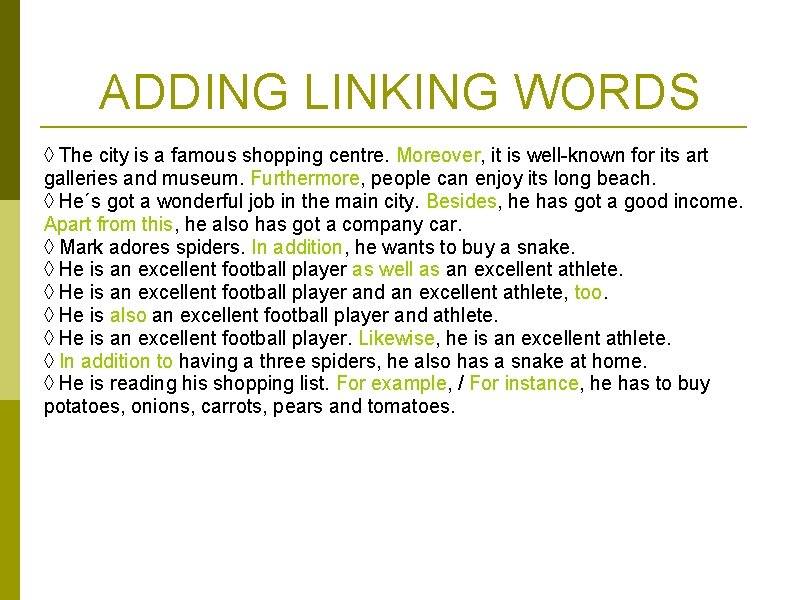 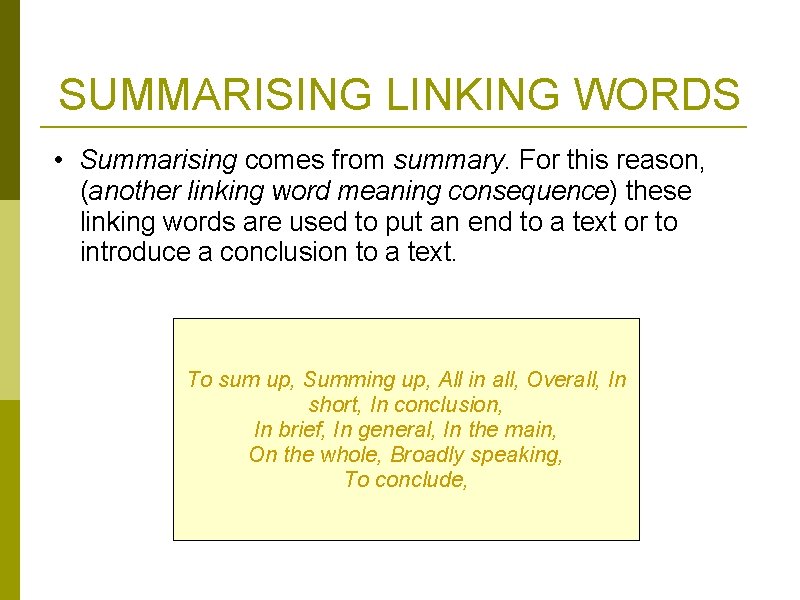 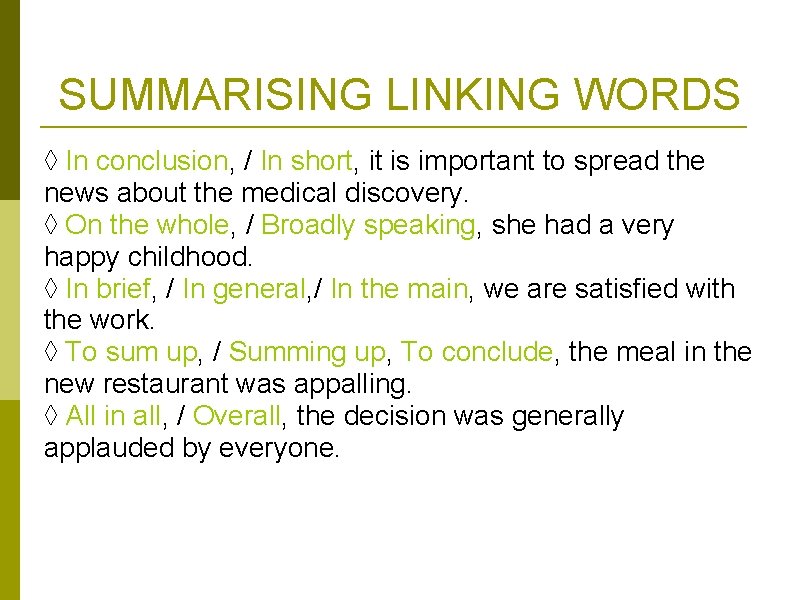 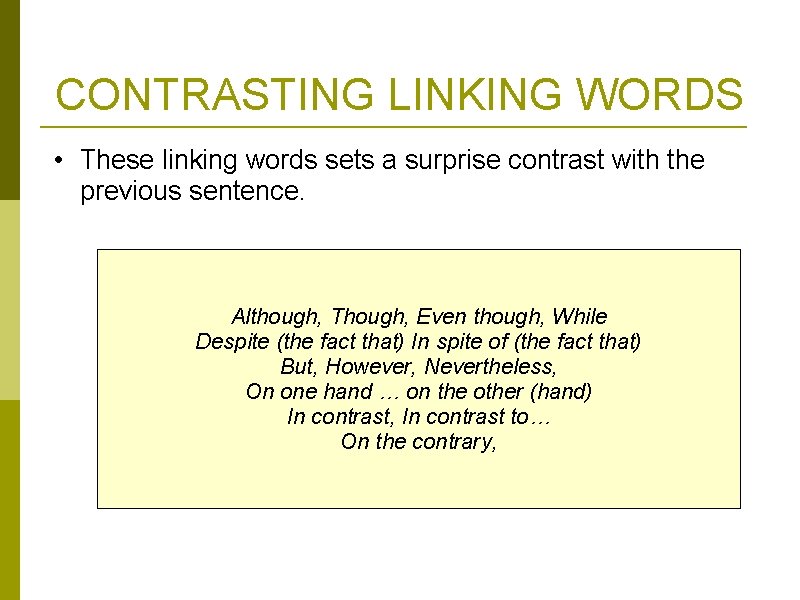 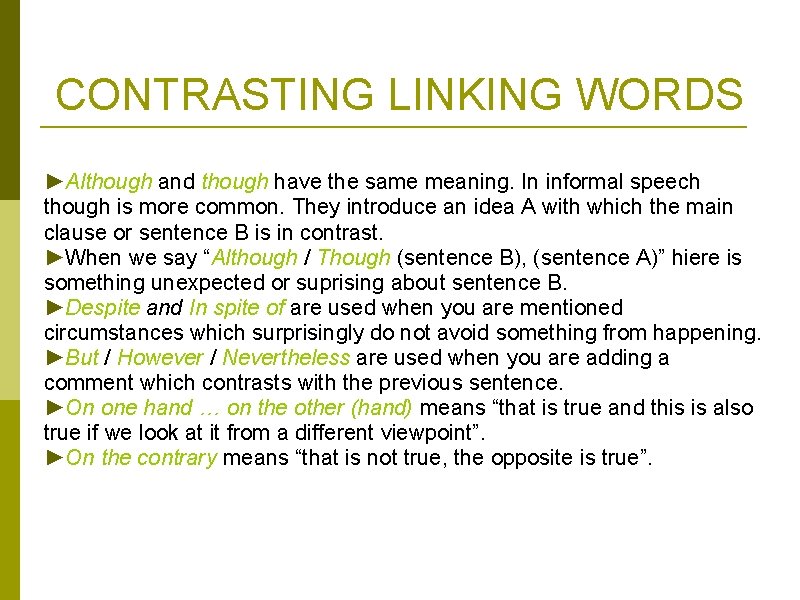 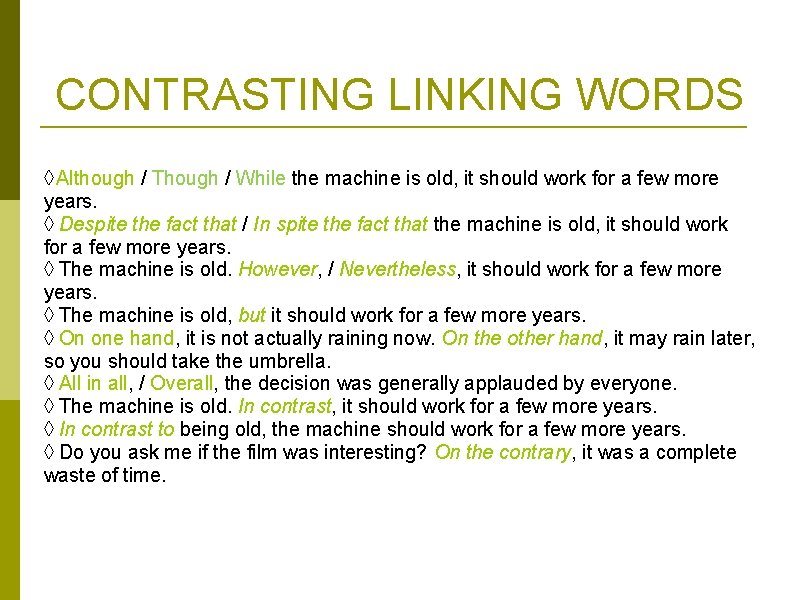 LINKING WORDS • Linking words are words and phrases which indicate a connection. . • These words work in the way that help the reader understand how the information in the text is organized. That´ s why, they are also called text organizers and discourse makers. Moreover, (and this is one example of linking word, as you will see) here a long selection of words and phrases that set a particular pace in the sentences.

ADDING LINKING WORDS • This type of linking word introduces more information which extends the previous statement. For instance: Besides, Moreover, Furthermore, What is more, In addition to… Apart from this / that, For example, For instance, as well as, also, too, Likewise,

SUMMARISING LINKING WORDS • Summarising comes from summary. For this reason, (another linking word meaning consequence) these linking words are used to put an end to a text or to introduce a conclusion to a text. To sum up, Summing up, All in all, Overall, In short, In conclusion, In brief, In general, In the main, On the whole, Broadly speaking, To conclude,

SUMMARISING LINKING WORDS ◊ In conclusion, / In short, it is important to spread the news about the medical discovery. ◊ On the whole, / Broadly speaking, she had a very happy childhood. ◊ In brief, / In general, / In the main, we are satisfied with the work. ◊ To sum up, / Summing up, To conclude, the meal in the new restaurant was appalling. ◊ All in all, / Overall, the decision was generally applauded by everyone.

CONTRASTING LINKING WORDS • These linking words sets a surprise contrast with the previous sentence. Although, Though, Even though, While Despite (the fact that) In spite of (the fact that) But, However, Nevertheless, On one hand … on the other (hand) In contrast, In contrast to… On the contrary,

CONTRASTING LINKING WORDS ►Although and though have the same meaning. In informal speech though is more common. They introduce an idea A with which the main clause or sentence B is in contrast. ►When we say “Although / Though (sentence B), (sentence A)” hiere is something unexpected or suprising about sentence B. ►Despite and In spite of are used when you are mentioned circumstances which surprisingly do not avoid something from happening. ►But / However / Nevertheless are used when you are adding a comment which contrasts with the previous sentence. ►On one hand … on the other (hand) means “that is true and this is also true if we look at it from a different viewpoint”. ►On the contrary means “that is not true, the opposite is true”. 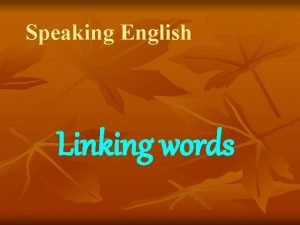 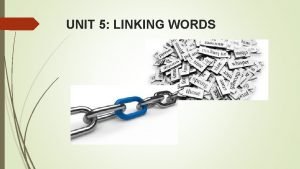 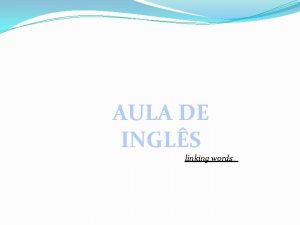 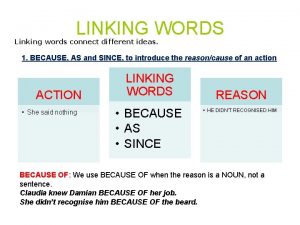 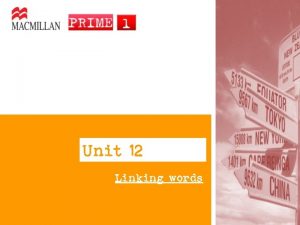 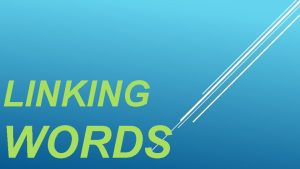 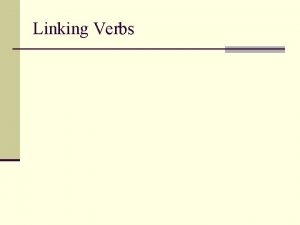 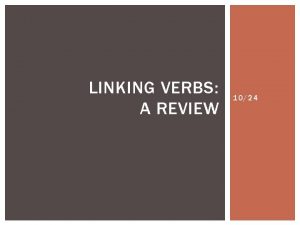