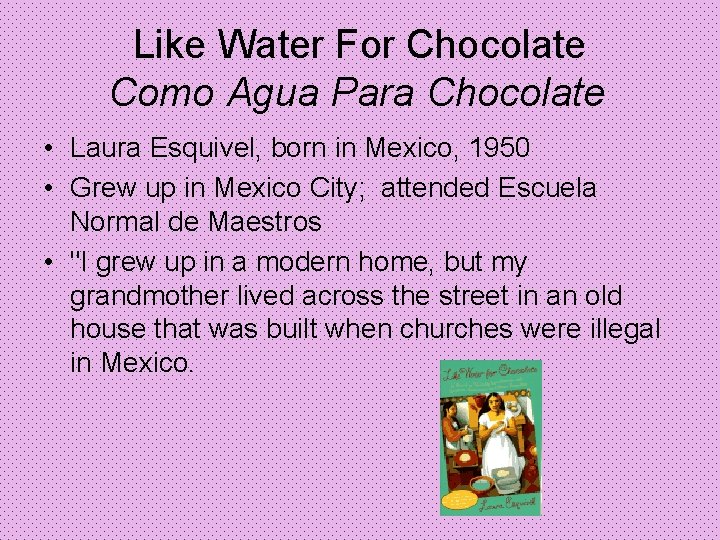 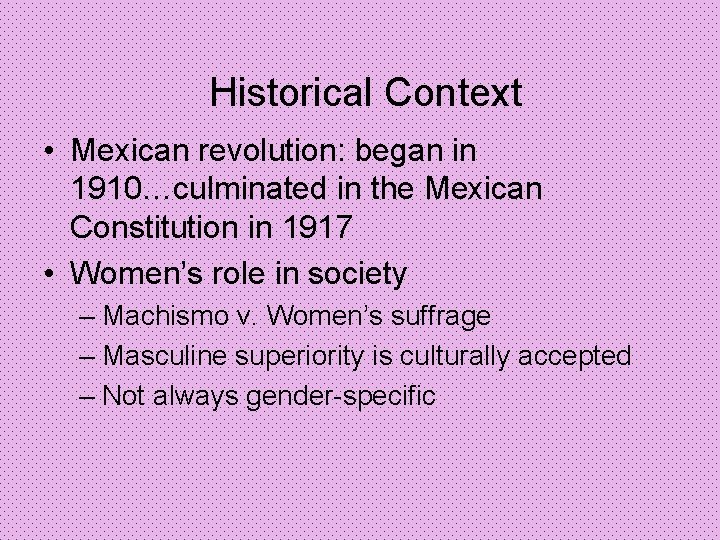 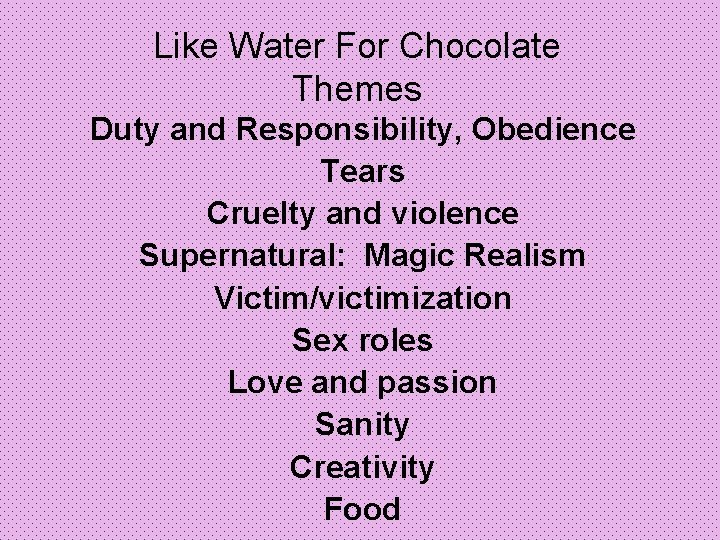 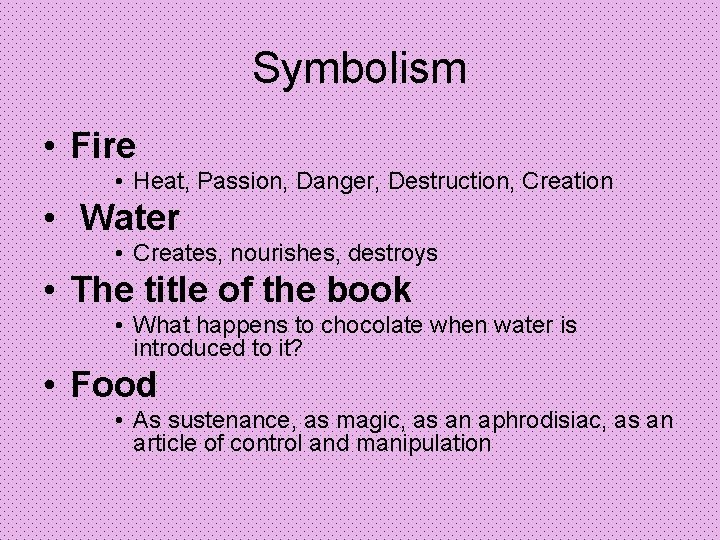 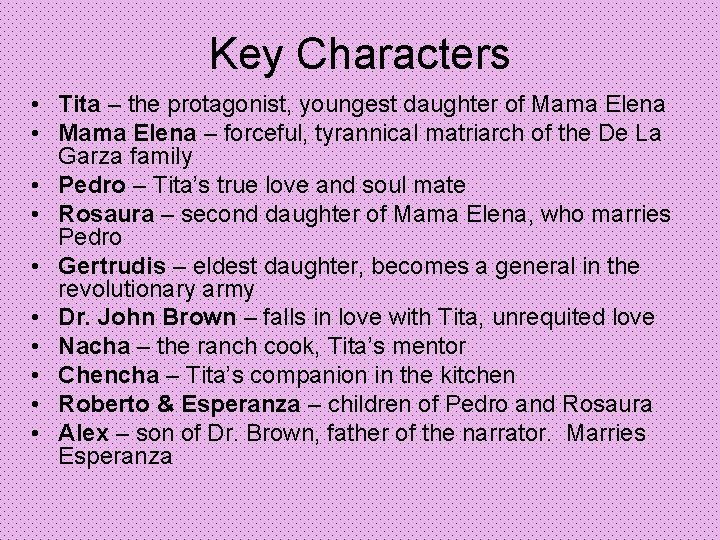 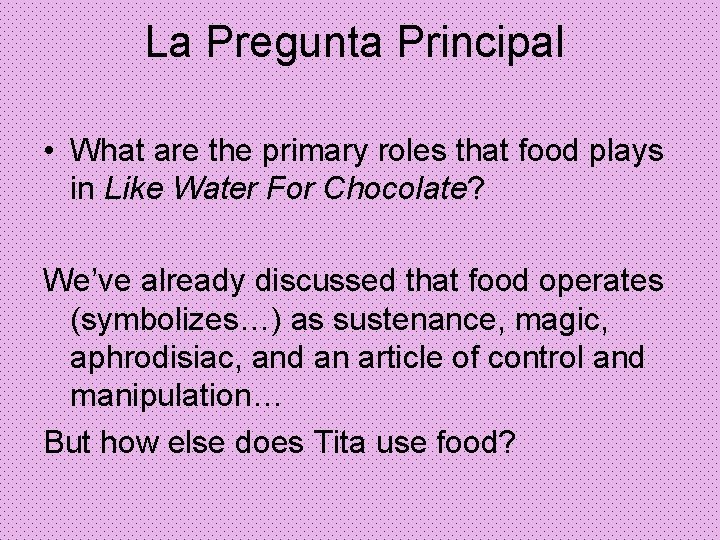 Like Water For Chocolate Como Agua Para Chocolate • Laura Esquivel, born in Mexico, 1950 • Grew up in Mexico City; attended Escuela Normal de Maestros • "I grew up in a modern home, but my grandmother lived across the street in an old house that was built when churches were illegal in Mexico.

Symbolism • Fire • Heat, Passion, Danger, Destruction, Creation • Water • Creates, nourishes, destroys • The title of the book • What happens to chocolate when water is introduced to it? • Food • As sustenance, as magic, as an aphrodisiac, as an article of control and manipulation

La Pregunta Principal • What are the primary roles that food plays in Like Water For Chocolate? We’ve already discussed that food operates (symbolizes…) as sustenance, magic, aphrodisiac, and an article of control and manipulation… But how else does Tita use food? 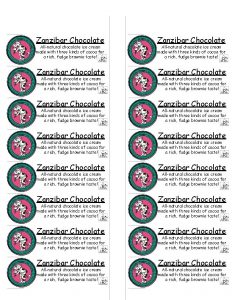 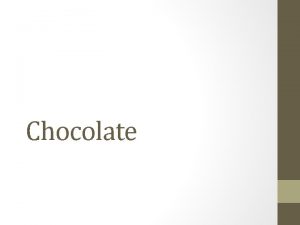 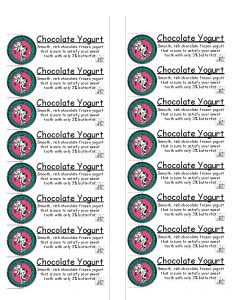 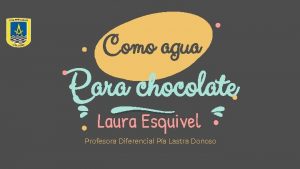