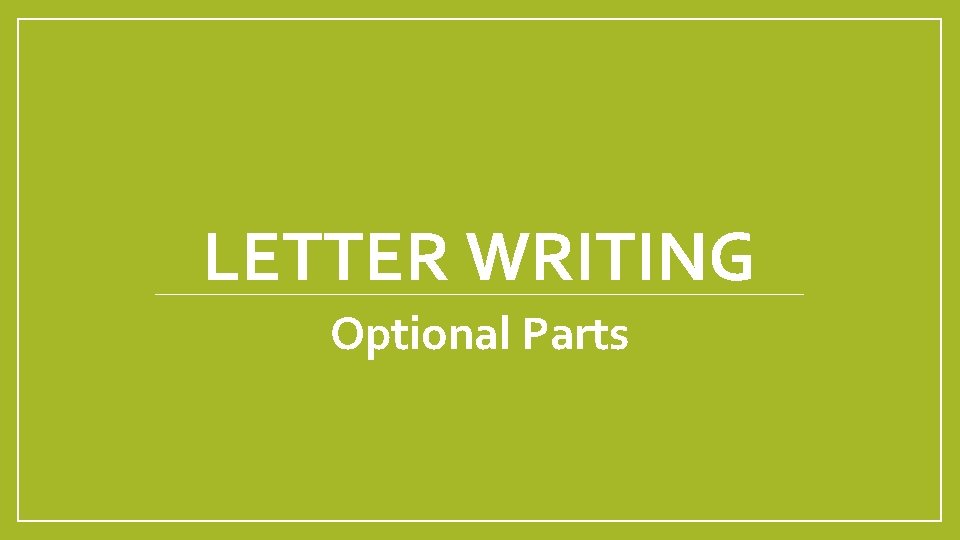 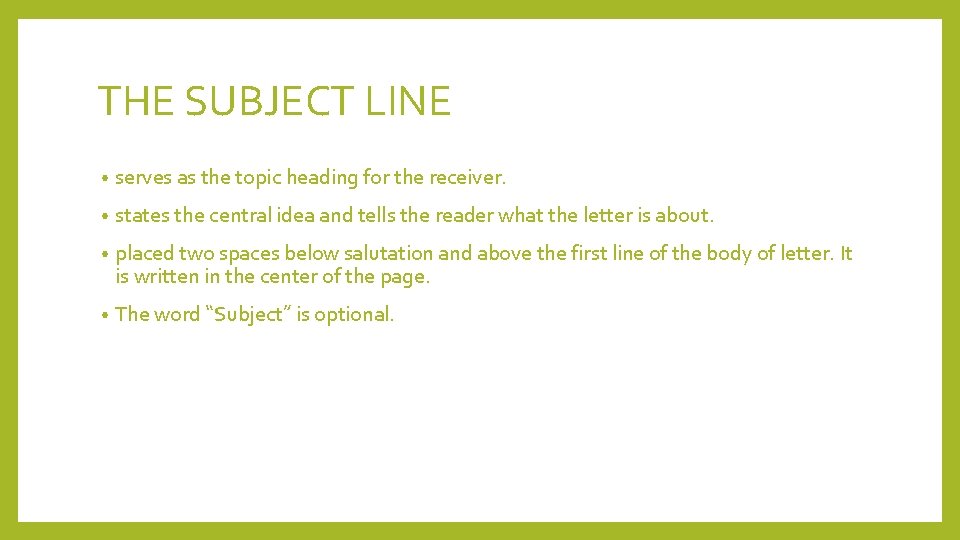 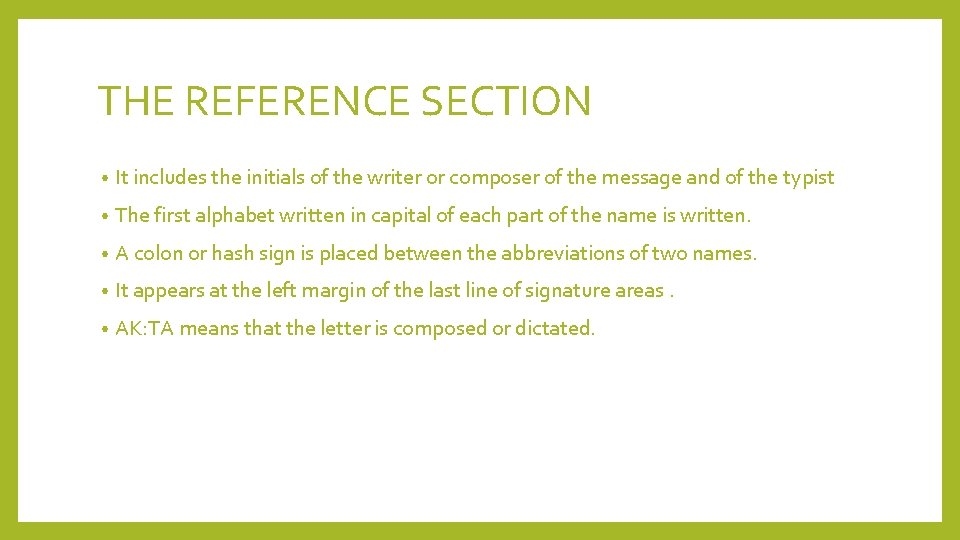 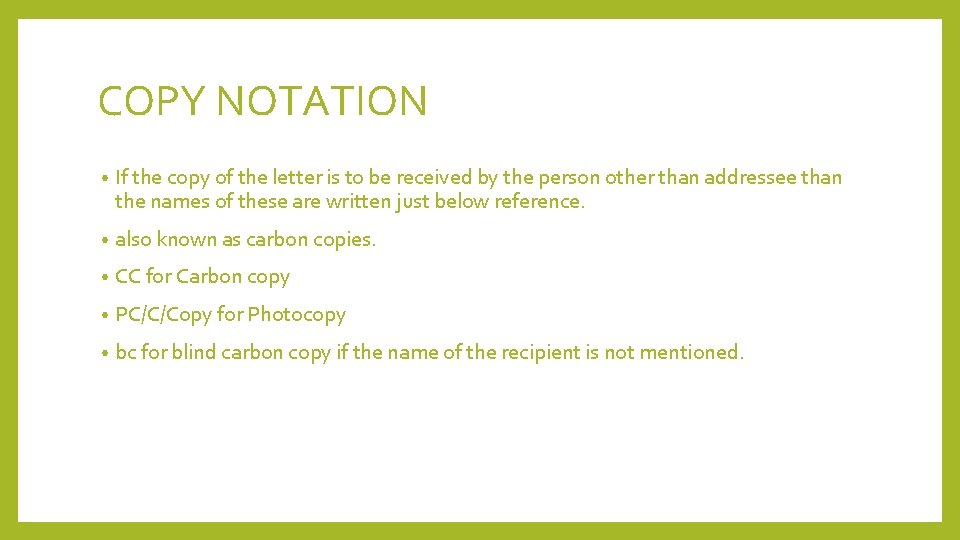 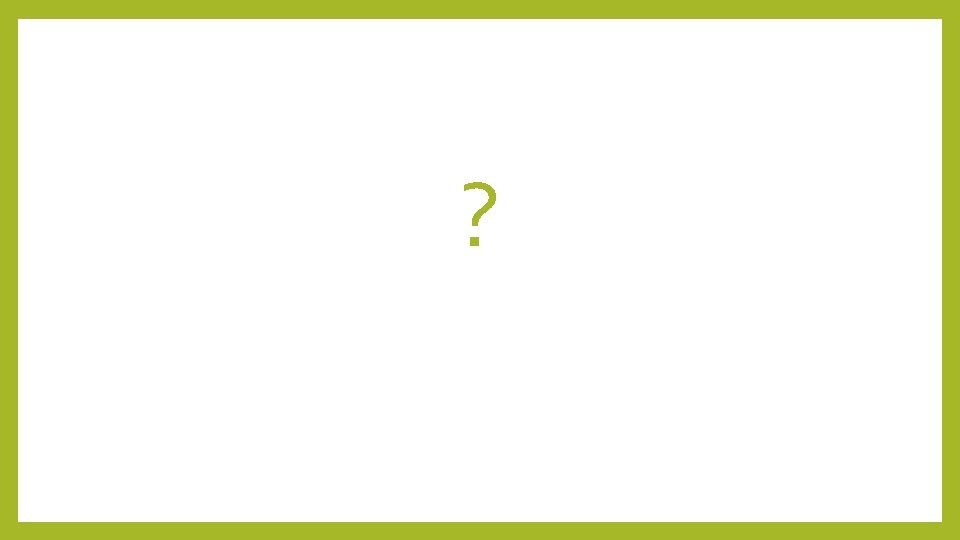 THE ATTENTION LINE • It is used when you want to direct a letter to a specific person or title in an organization. • two spaces below inside address. • If the inside address is impersonal i. e. name or position of the person is not mentioned than attention line is used e. g. • Sabrina Tent Services • Gul Bahar Peshawar • Attention: Mr. Munawar or Sales Manager

THE SUBJECT LINE • serves as the topic heading for the receiver. • states the central idea and tells the reader what the letter is about. • placed two spaces below salutation and above the first line of the body of letter. It is written in the center of the page. • The word “Subject” is optional.

THE REFERENCE SECTION • It includes the initials of the writer or composer of the message and of the typist • The first alphabet written in capital of each part of the name is written. • A colon or hash sign is placed between the abbreviations of two names. • It appears at the left margin of the last line of signature areas. • AK: TA means that the letter is composed or dictated.

COPY NOTATION • If the copy of the letter is to be received by the person other than addressee than the names of these are written just below reference. • also known as carbon copies. • CC for Carbon copy • PC/C/Copy for Photocopy • bc for blind carbon copy if the name of the recipient is not mentioned.

ENCLOSURE • If the letter contains something extra than it is indicated by the word enclosure. • It is also abbreviated as “Encl. ” • If there is more than one enclosure than the number of enclosures should be indicated e. g. Encls: 3 certificates. • It serves the following functions: • 1) Reminds the person preparing the envelope that something is to be enclosed. • 2) It also alerts the receiver to check for the enclosures. It is written two spaces below the reference line. 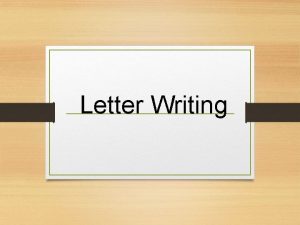 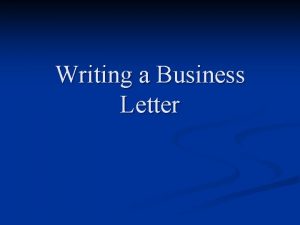 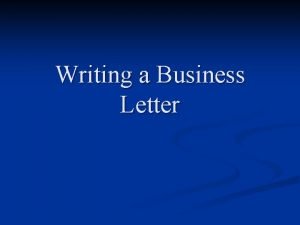 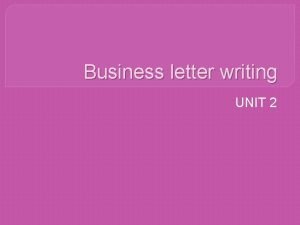 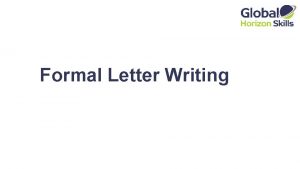 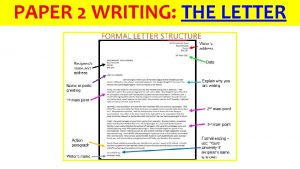 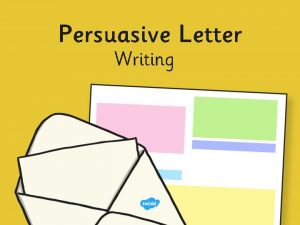