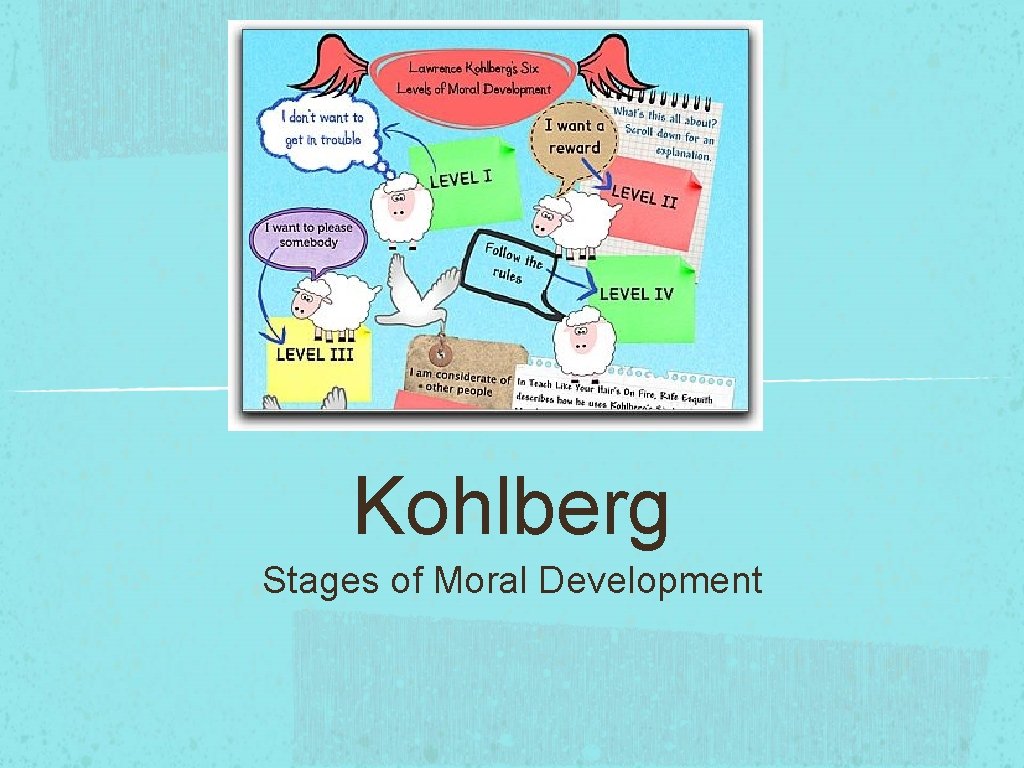 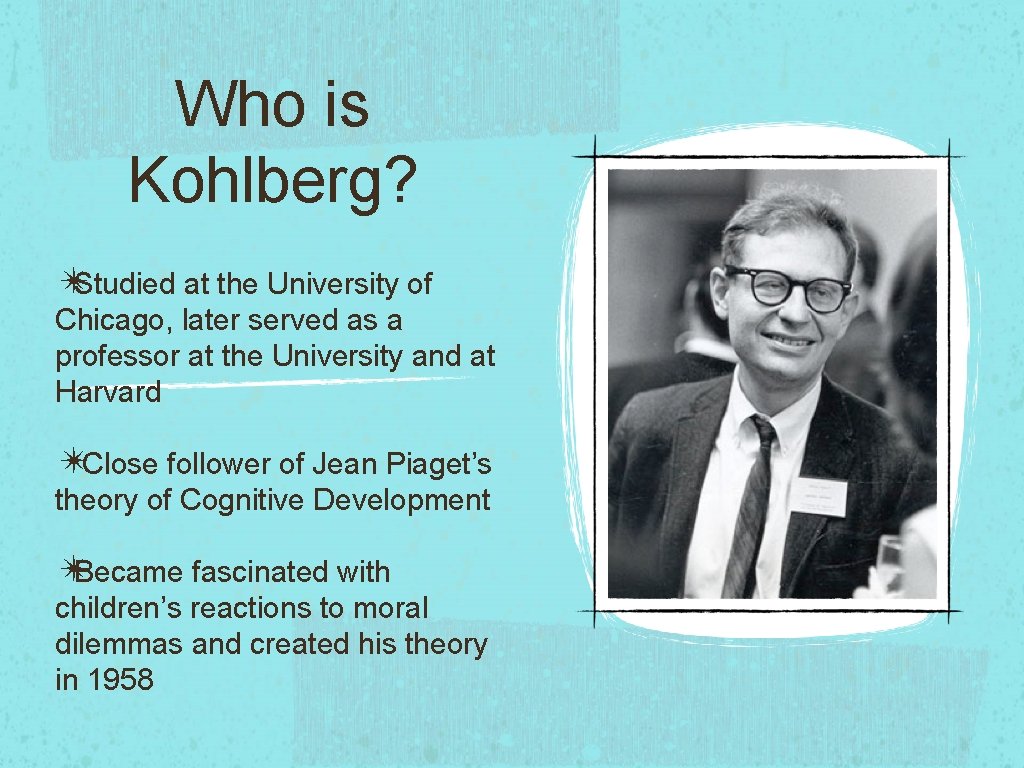 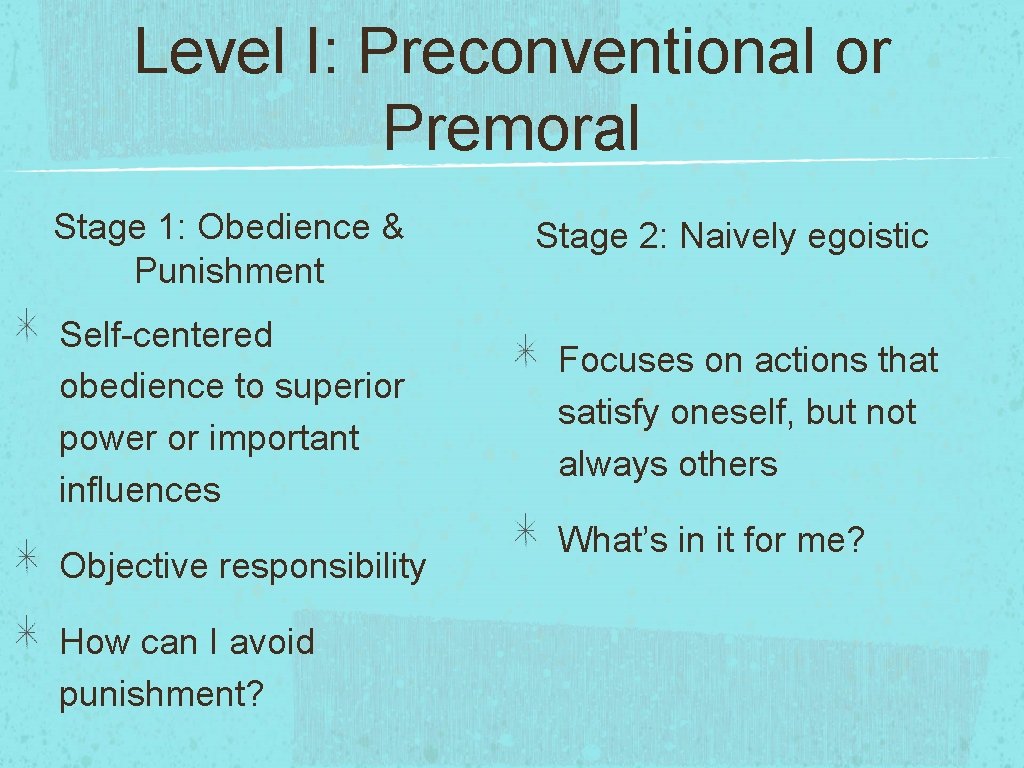 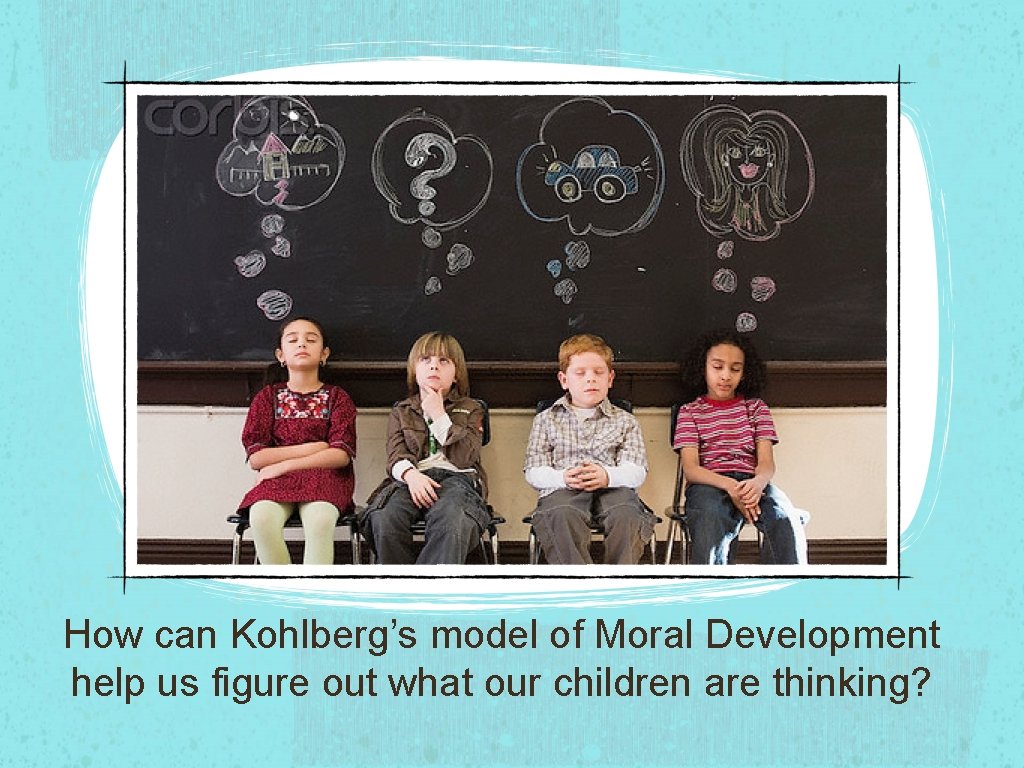 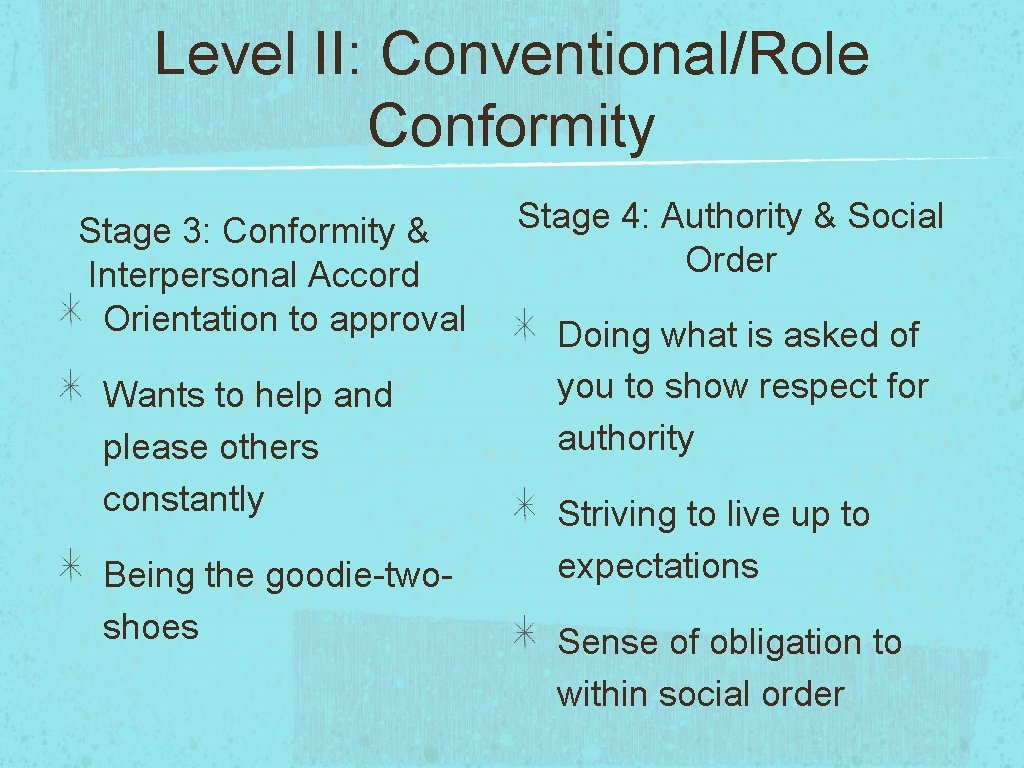 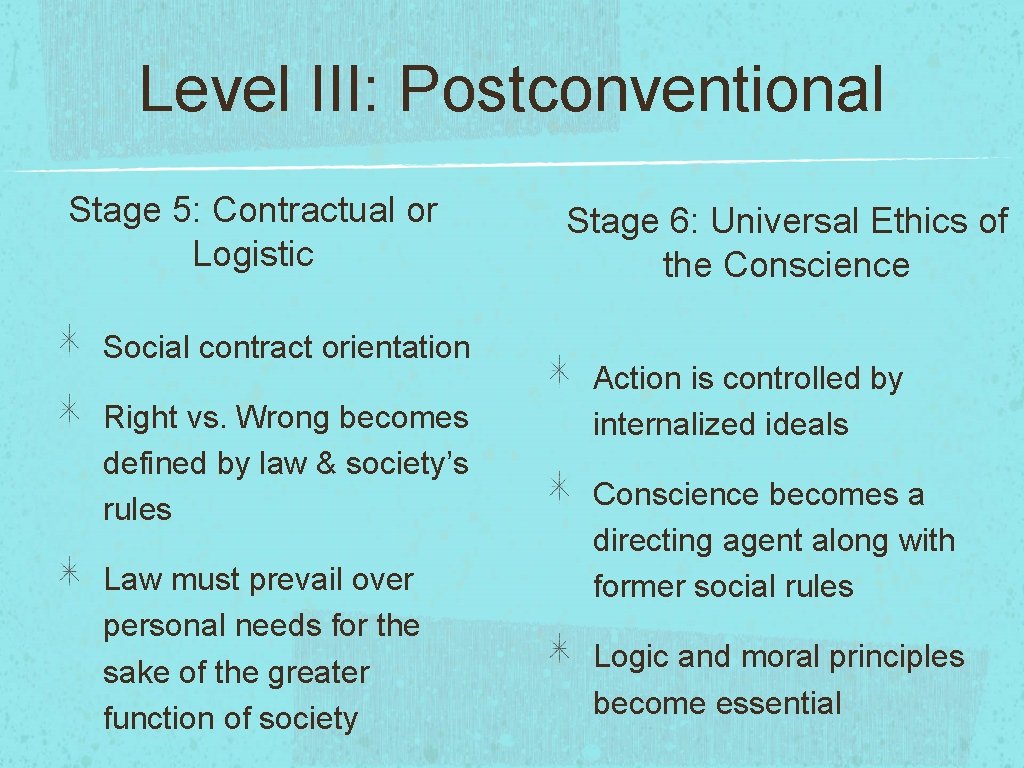 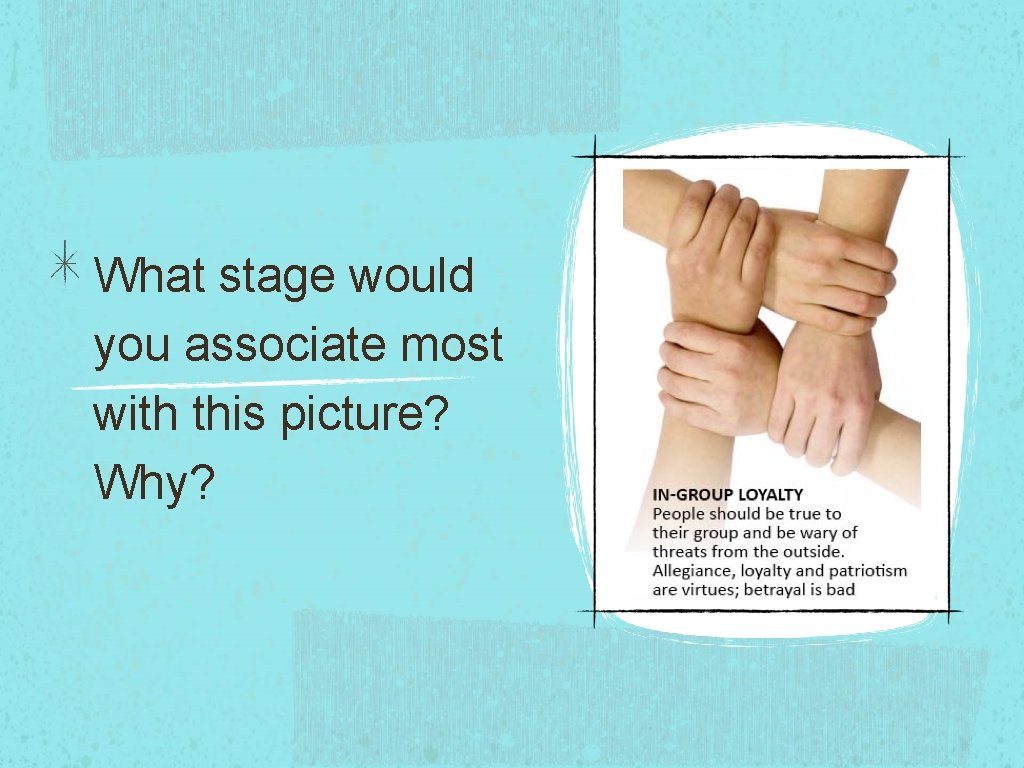 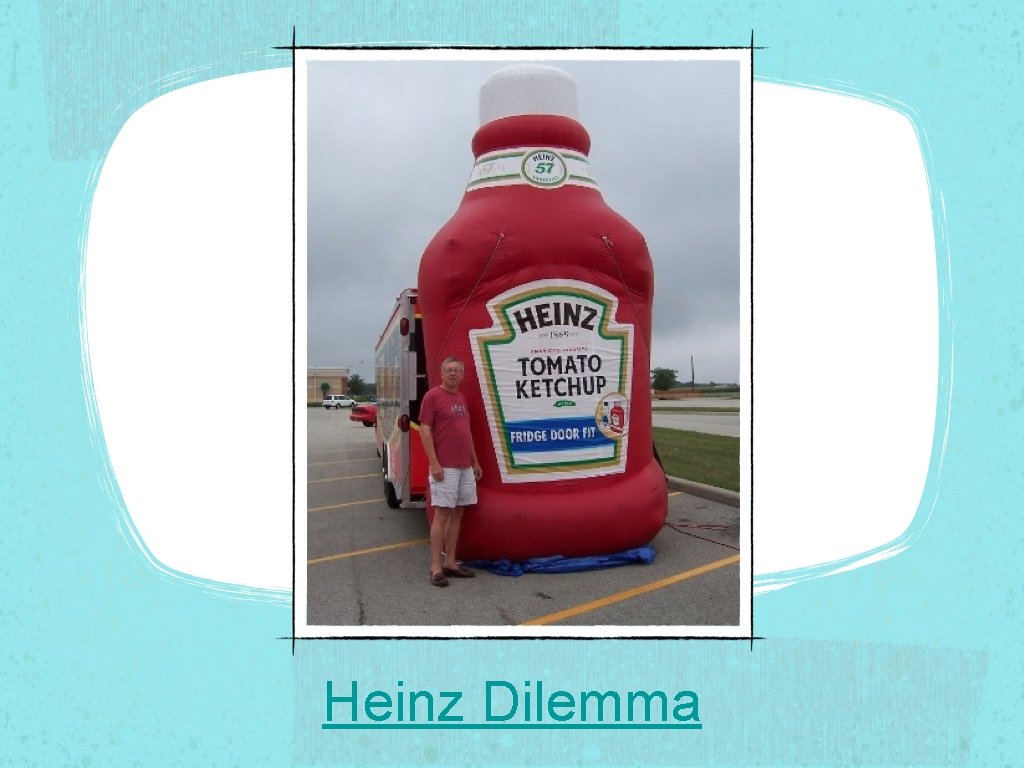 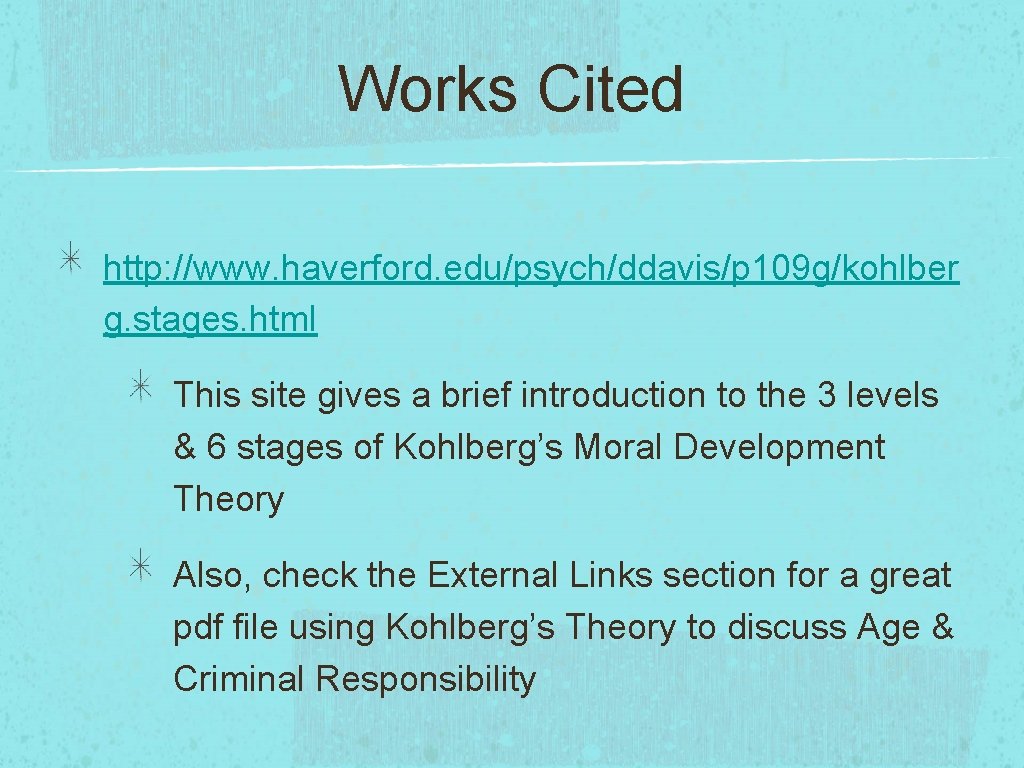 Who is Kohlberg? ✴ Studied at the University of Chicago, later served as a professor at the University and at Harvard ✴Close follower of Jean Piaget’s theory of Cognitive Development ✴ Became fascinated with children’s reactions to moral dilemmas and created his theory in 1958

Level I: Preconventional or Premoral Stage 1: Obedience & Punishment Stage 2: Naively egoistic Self-centered obedience to superior power or important influences Focuses on actions that satisfy oneself, but not always others Objective responsibility How can I avoid punishment? What’s in it for me?

How can Kohlberg’s model of Moral Development help us figure out what our children are thinking?

Level II: Conventional/Role Conformity Stage 3: Conformity & Interpersonal Accord Orientation to approval Wants to help and please others constantly Being the goodie-twoshoes Stage 4: Authority & Social Order Doing what is asked of you to show respect for authority Striving to live up to expectations Sense of obligation to within social order

What stage would you associate most with this picture? Why? 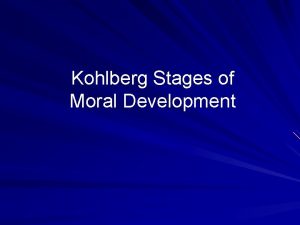 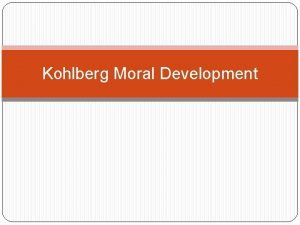 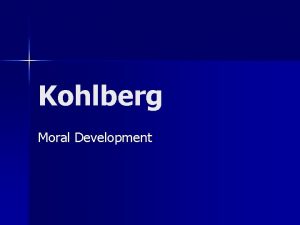 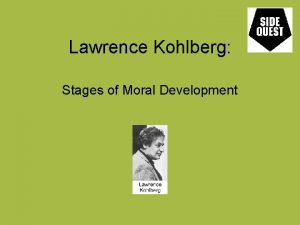 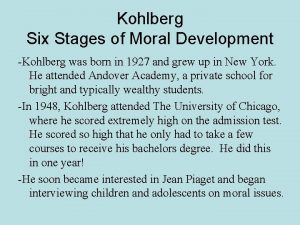 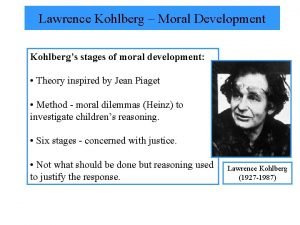 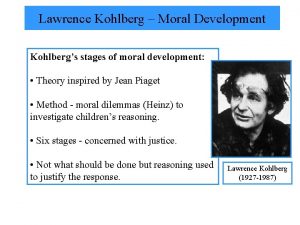 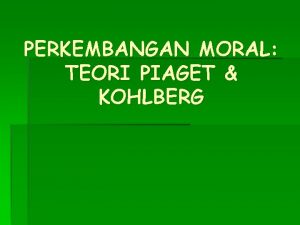