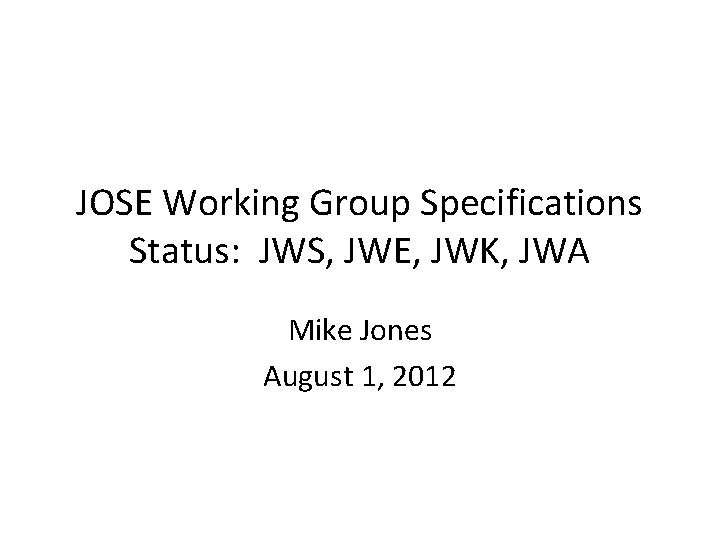 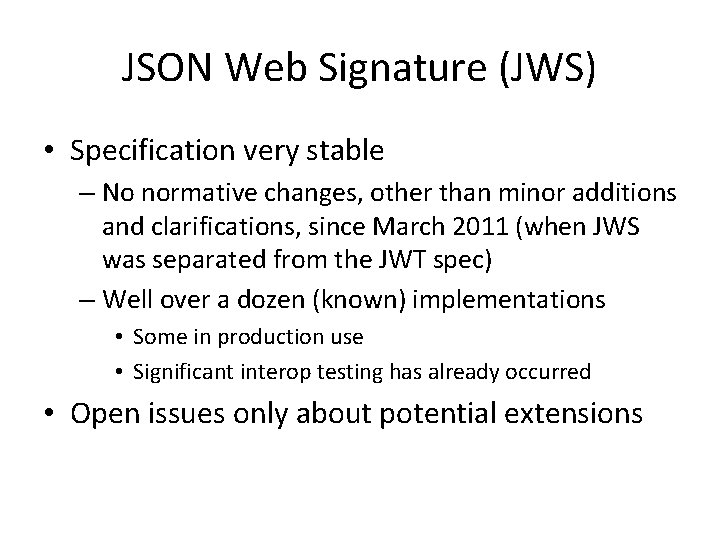 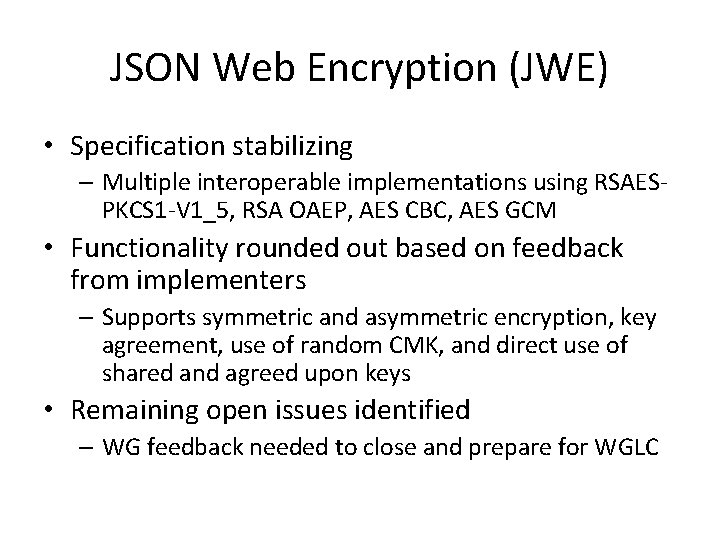 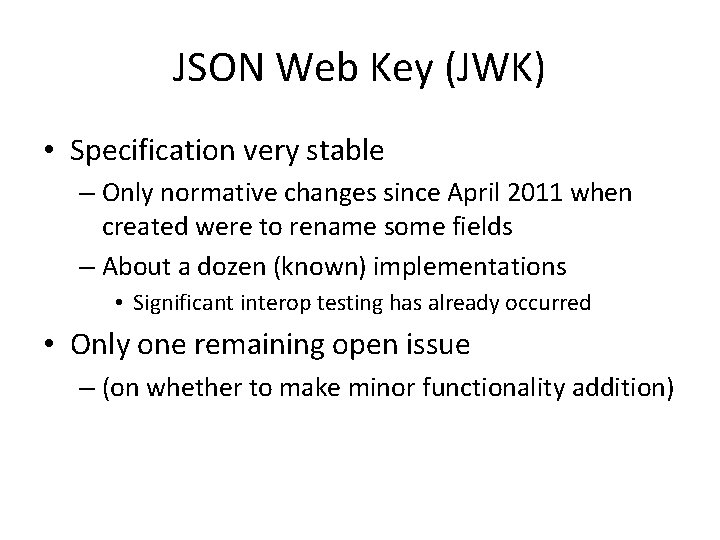 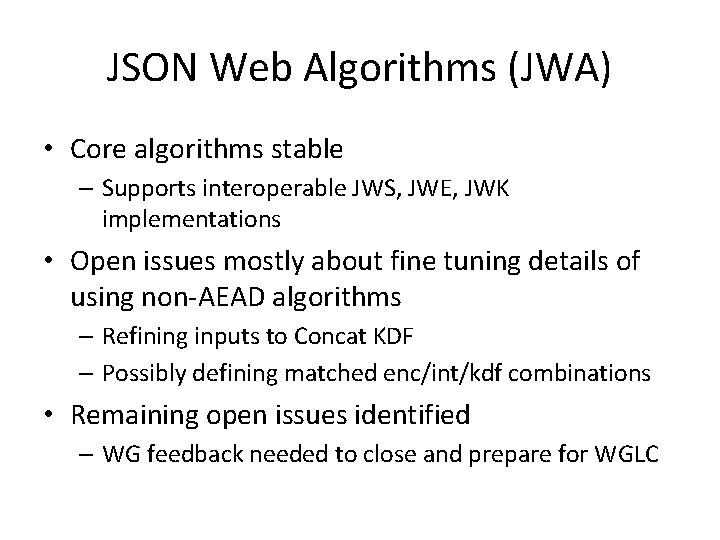 JSON Web Signature (JWS) • Specification very stable – No normative changes, other than minor additions and clarifications, since March 2011 (when JWS was separated from the JWT spec) – Well over a dozen (known) implementations • Some in production use • Significant interop testing has already occurred • Open issues only about potential extensions 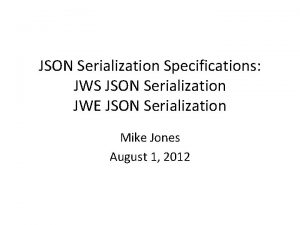 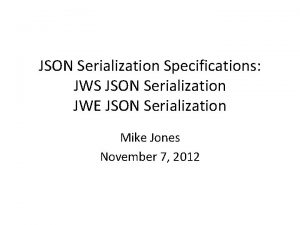 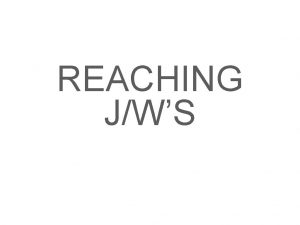 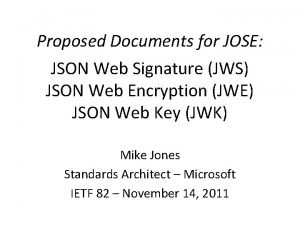