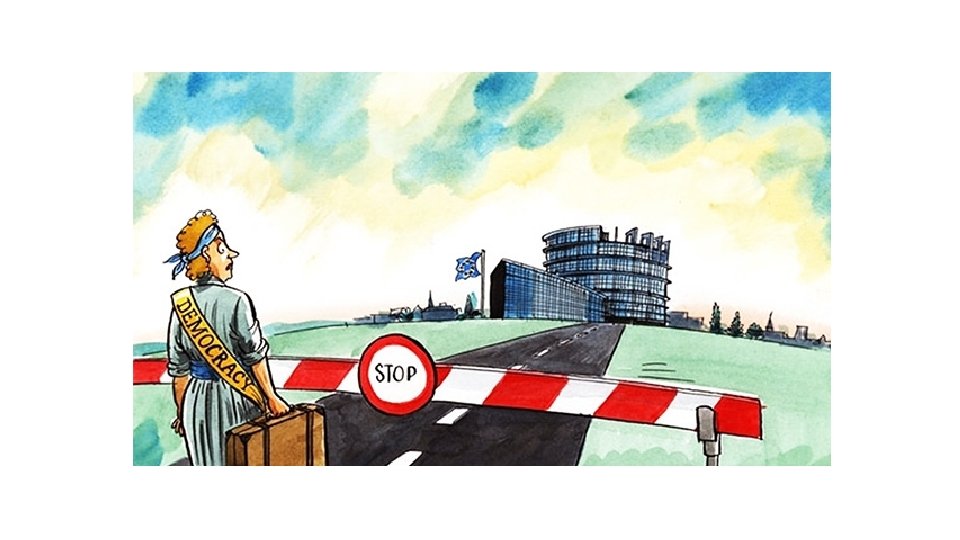 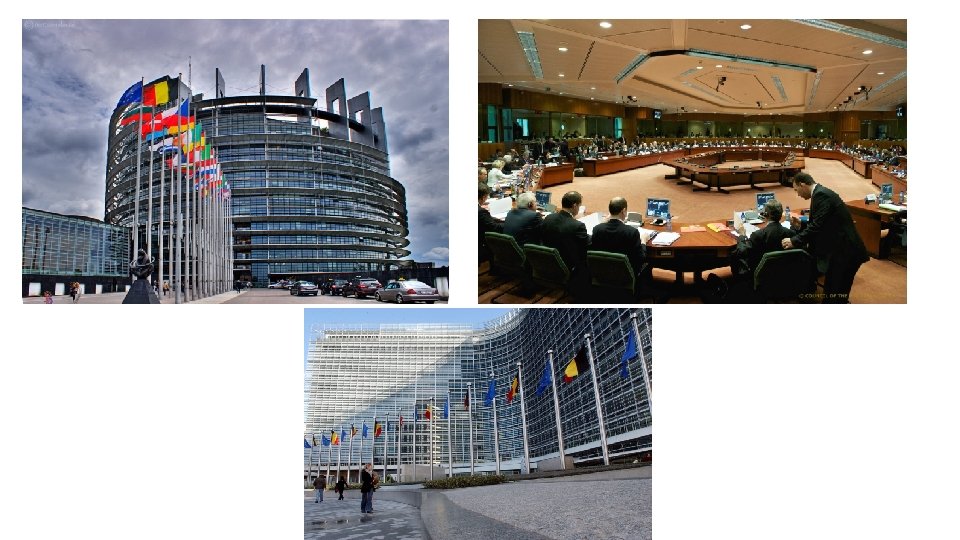 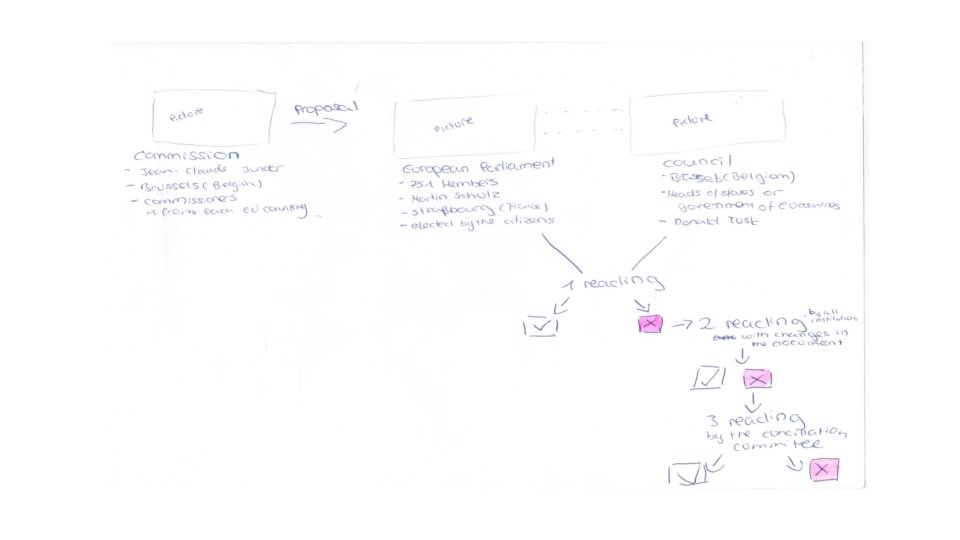 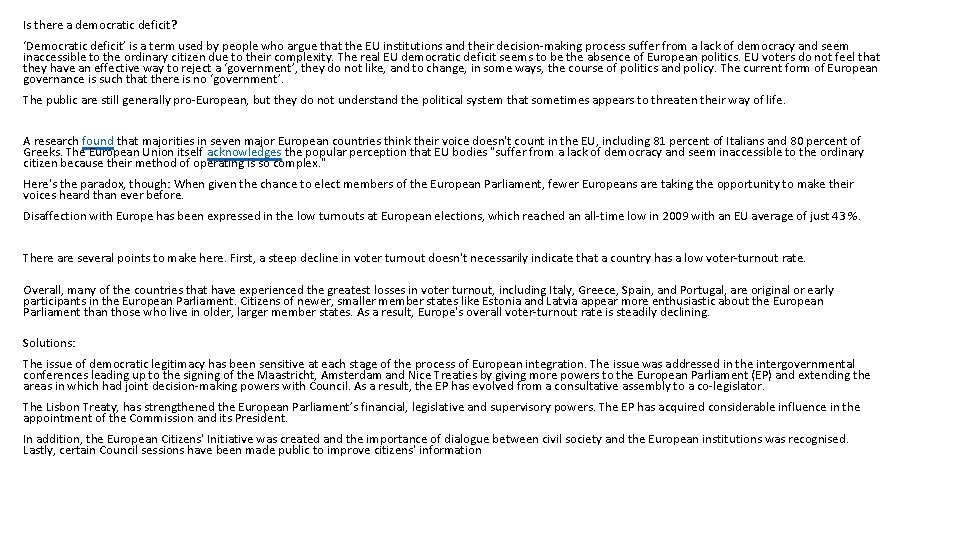 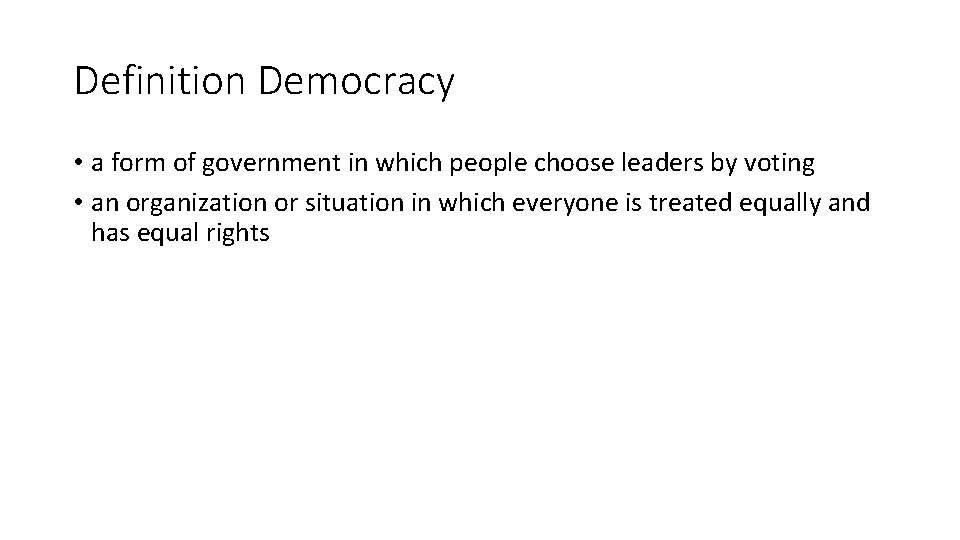 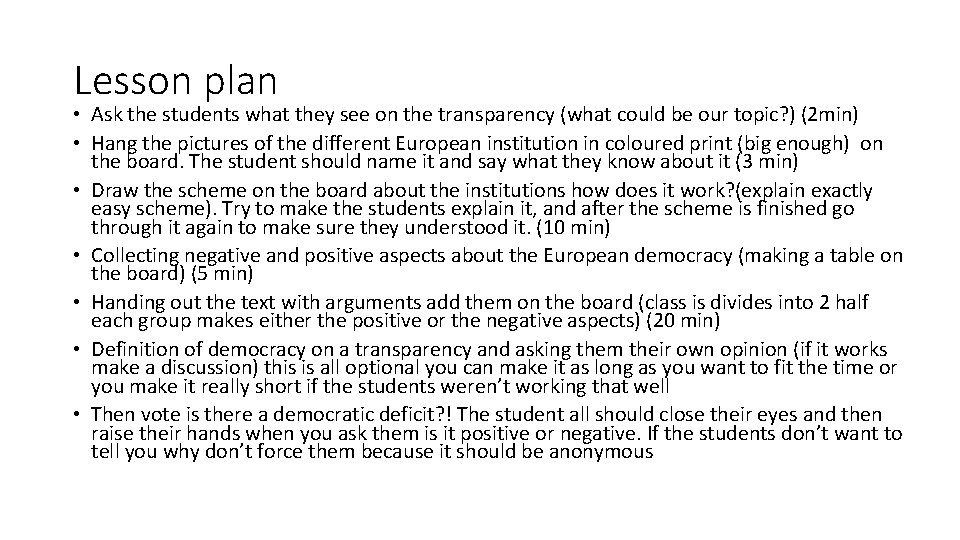 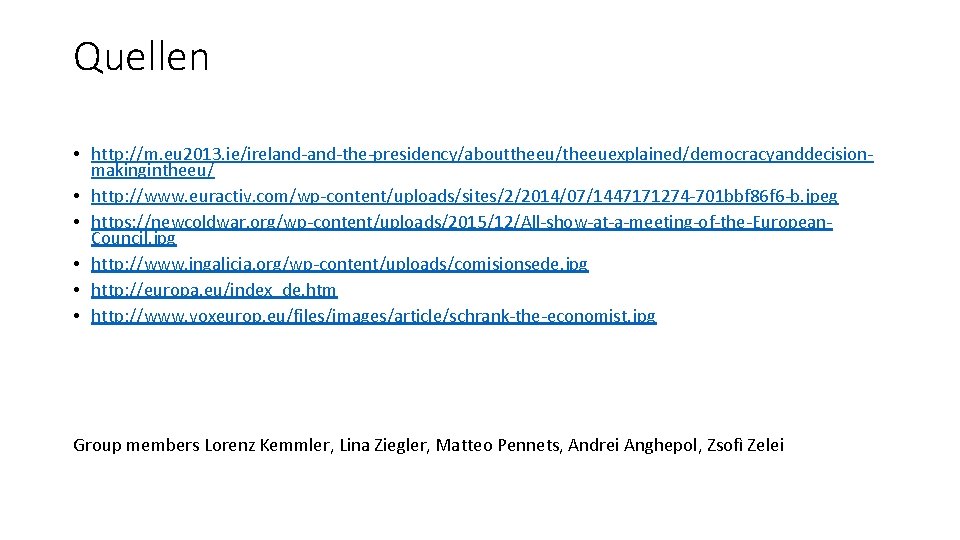 Is there a democratic deficit? ‘Democratic deficit’ is a term used by people who argue that the EU institutions and their decision-making process suffer from a lack of democracy and seem inaccessible to the ordinary citizen due to their complexity. The real EU democratic deficit seems to be the absence of European politics. EU voters do not feel that they have an effective way to reject a ‘government’, they do not like, and to change, in some ways, the course of politics and policy. The current form of European governance is such that there is no ‘government’. The public are still generally pro-European, but they do not understand the political system that sometimes appears to threaten their way of life. A research found that majorities in seven major European countries think their voice doesn't count in the EU, including 81 percent of Italians and 80 percent of Greeks. The European Union itself acknowledges the popular perception that EU bodies "suffer from a lack of democracy and seem inaccessible to the ordinary citizen because their method of operating is so complex. " Here's the paradox, though: When given the chance to elect members of the European Parliament, fewer Europeans are taking the opportunity to make their voices heard than ever before. Disaffection with Europe has been expressed in the low turnouts at European elections, which reached an all-time low in 2009 with an EU average of just 43 %. There are several points to make here. First, a steep decline in voter turnout doesn't necessarily indicate that a country has a low voter-turnout rate. Overall, many of the countries that have experienced the greatest losses in voter turnout, including Italy, Greece, Spain, and Portugal, are original or early participants in the European Parliament. Citizens of newer, smaller member states like Estonia and Latvia appear more enthusiastic about the European Parliament than those who live in older, larger member states. As a result, Europe's overall voter-turnout rate is steadily declining. Solutions: The issue of democratic legitimacy has been sensitive at each stage of the process of European integration. The issue was addressed in the intergovernmental conferences leading up to the signing of the Maastricht, Amsterdam and Nice Treaties by giving more powers to the European Parliament (EP) and extending the areas in which had joint decision-making powers with Council. As a result, the EP has evolved from a consultative assembly to a co-legislator. The Lisbon Treaty, has strengthened the European Parliament’s financial, legislative and supervisory powers. The EP has acquired considerable influence in the appointment of the Commission and its President. In addition, the European Citizens' Initiative was created and the importance of dialogue between civil society and the European institutions was recognised. Lastly, certain Council sessions have been made public to improve citizens' information

Lesson plan • Ask the students what they see on the transparency (what could be our topic? ) (2 min) • Hang the pictures of the different European institution in coloured print (big enough) on the board. The student should name it and say what they know about it (3 min) • Draw the scheme on the board about the institutions how does it work? (explain exactly easy scheme). Try to make the students explain it, and after the scheme is finished go through it again to make sure they understood it. (10 min) • Collecting negative and positive aspects about the European democracy (making a table on the board) (5 min) • Handing out the text with arguments add them on the board (class is divides into 2 half each group makes either the positive or the negative aspects) (20 min) • Definition of democracy on a transparency and asking them their own opinion (if it works make a discussion) this is all optional you can make it as long as you want to fit the time or you make it really short if the students weren’t working that well • Then vote is there a democratic deficit? ! The student all should close their eyes and then raise their hands when you ask them is it positive or negative. If the students don’t want to tell you why don’t force them because it should be anonymous 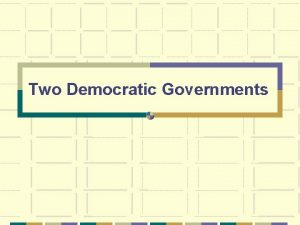 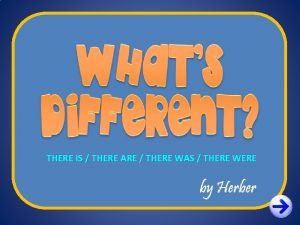 THERE IS THERE ARE THERE WAS THERE WERE 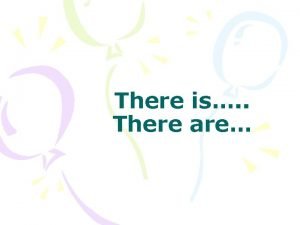 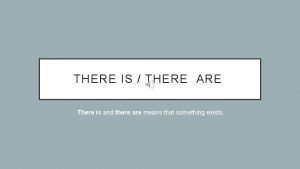 THERE IS THERE ARE There is and there 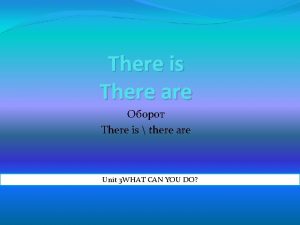 There is There are There is there are 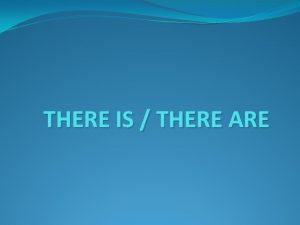 THERE IS THERE ARE There is There are