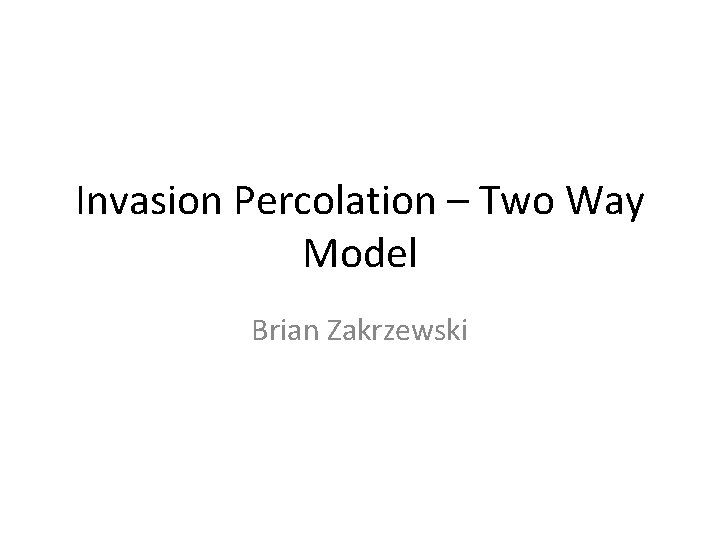 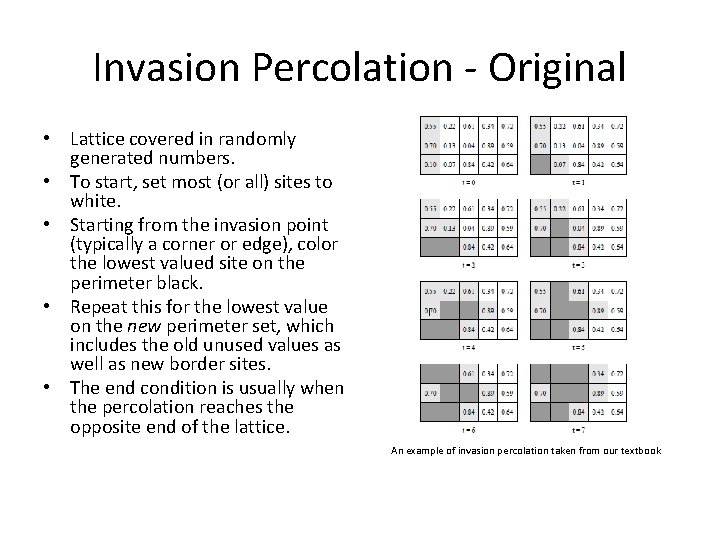 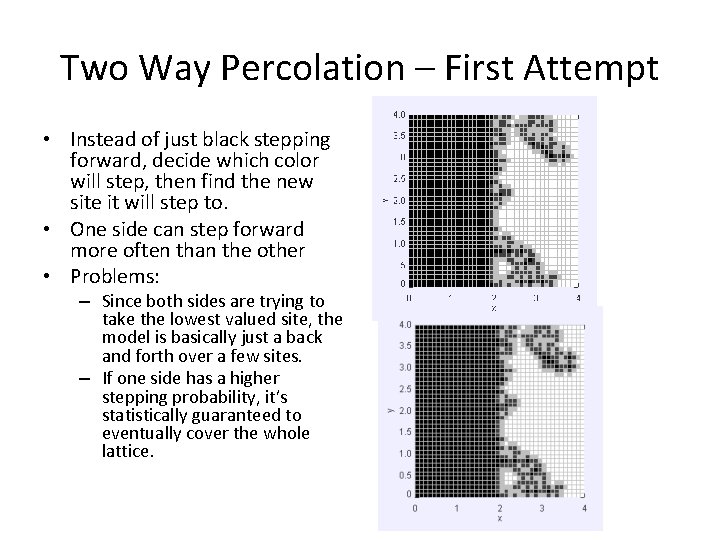 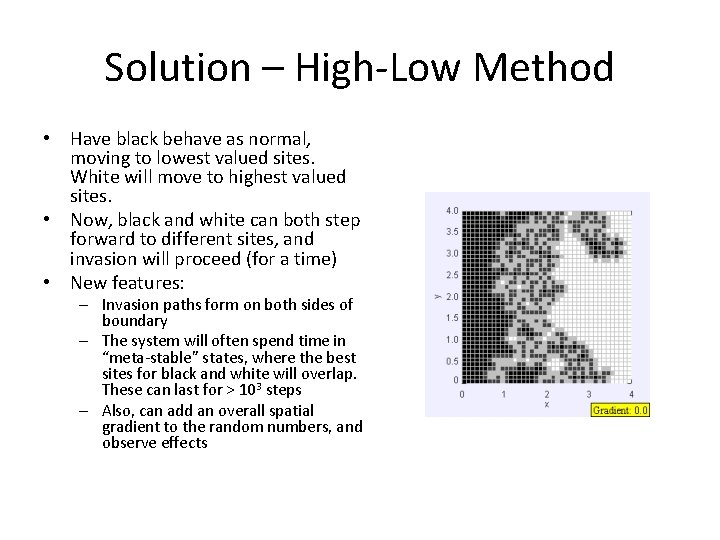 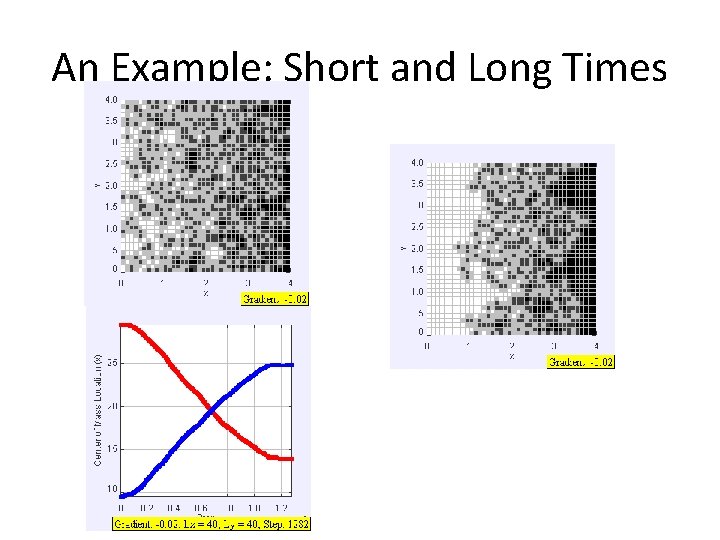 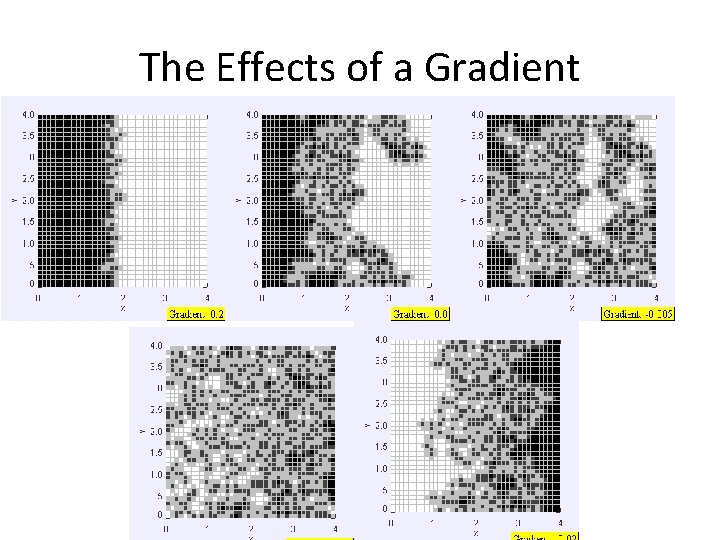 Invasion Percolation - Original • Lattice covered in randomly generated numbers. • To start, set most (or all) sites to white. • Starting from the invasion point (typically a corner or edge), color the lowest valued site on the perimeter black. • Repeat this for the lowest value on the new perimeter set, which includes the old unused values as well as new border sites. • The end condition is usually when the percolation reaches the opposite end of the lattice. An example of invasion percolation taken from our textbook

Two Way Percolation – First Attempt • Instead of just black stepping forward, decide which color will step, then find the new site it will step to. • One side can step forward more often than the other • Problems: – Since both sides are trying to take the lowest valued site, the model is basically just a back and forth over a few sites. – If one side has a higher stepping probability, it’s statistically guaranteed to eventually cover the whole lattice.

Solution – High-Low Method • Have black behave as normal, moving to lowest valued sites. White will move to highest valued sites. • Now, black and white can both step forward to different sites, and invasion will proceed (for a time) • New features: – Invasion paths form on both sides of boundary – The system will often spend time in “meta-stable” states, where the best sites for black and white will overlap. These can last for > 103 steps – Also, can add an overall spatial gradient to the random numbers, and observe effects

An Example: Short and Long Times

The Effects of a Gradient 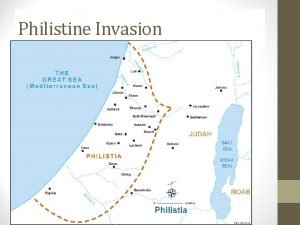 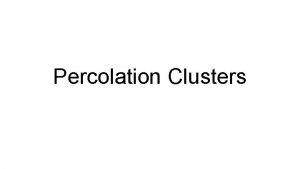 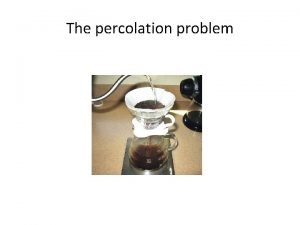 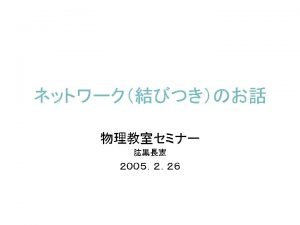 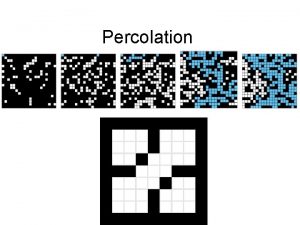