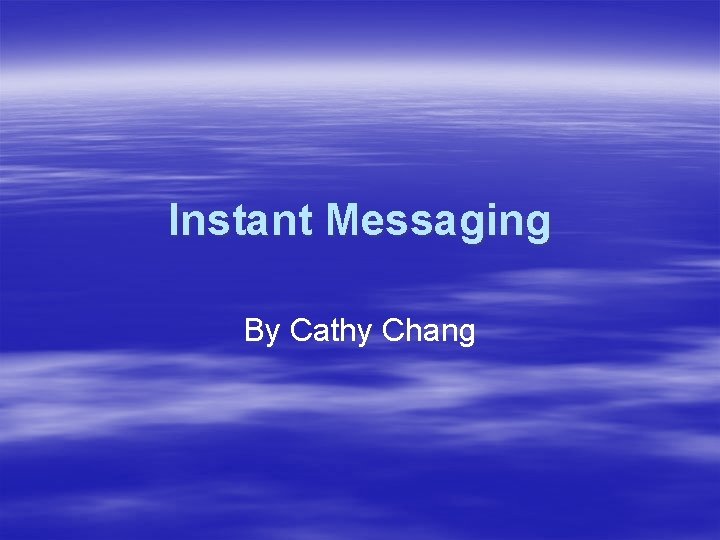 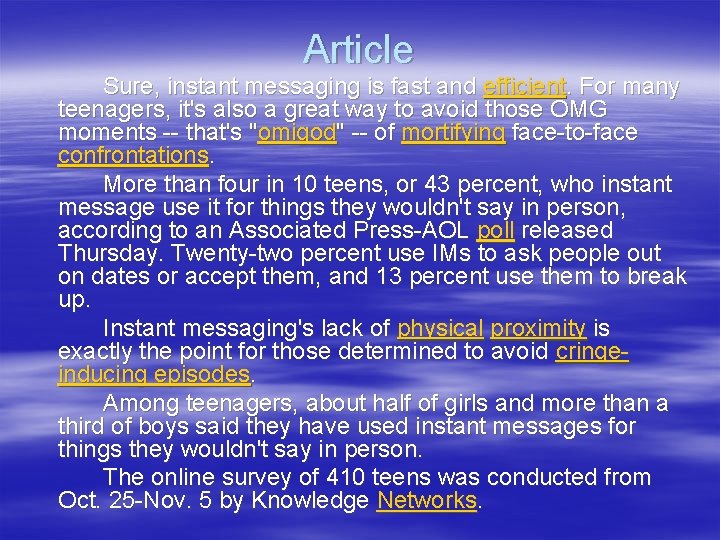 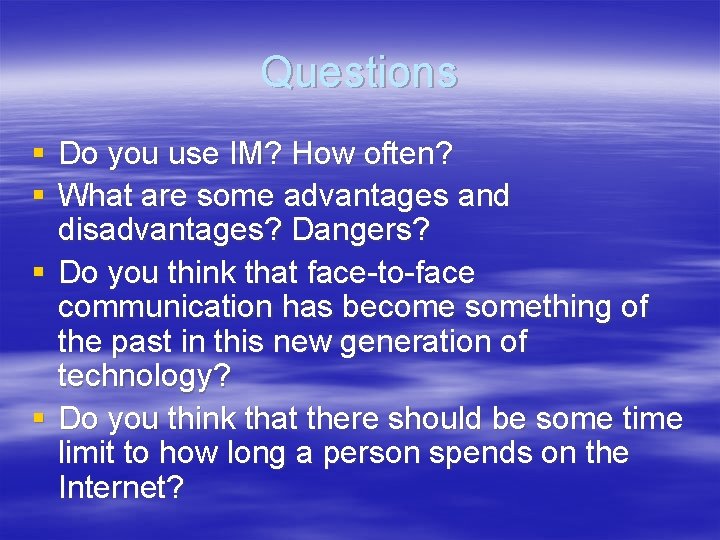 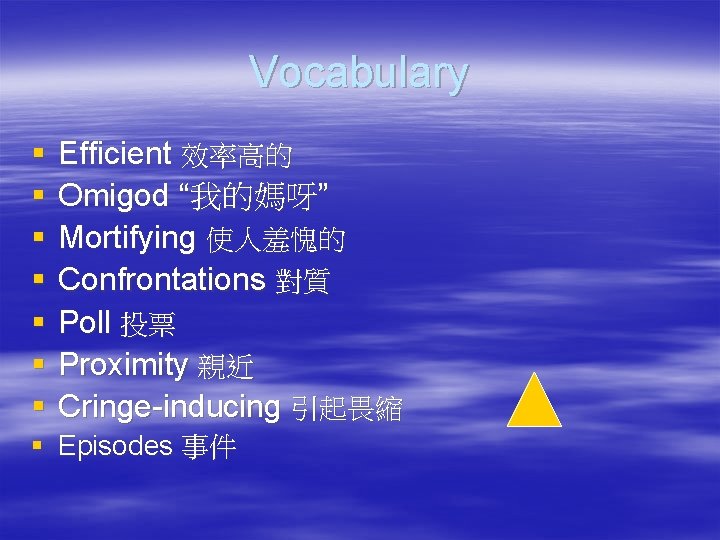 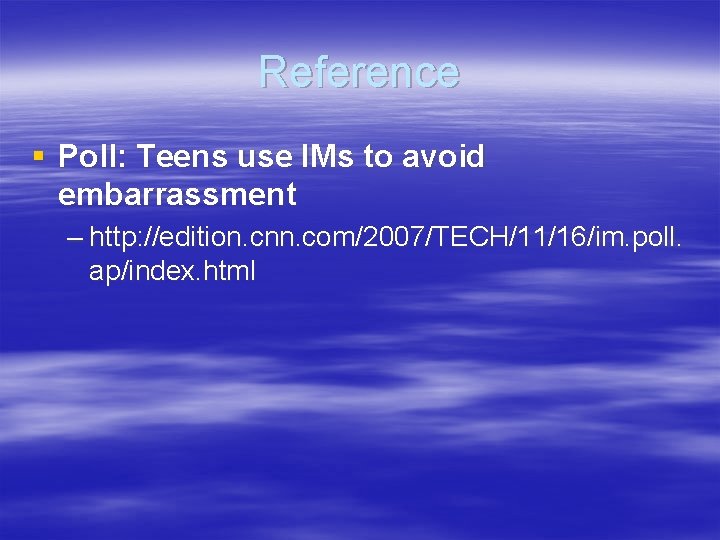 Article Sure, instant messaging is fast and efficient. For many teenagers, it's also a great way to avoid those OMG moments -- that's "omigod" -- of mortifying face-to-face confrontations. More than four in 10 teens, or 43 percent, who instant message use it for things they wouldn't say in person, according to an Associated Press-AOL poll released Thursday. Twenty-two percent use IMs to ask people out on dates or accept them, and 13 percent use them to break up. Instant messaging's lack of physical proximity is exactly the point for those determined to avoid cringeinducing episodes. Among teenagers, about half of girls and more than a third of boys said they have used instant messages for things they wouldn't say in person. The online survey of 410 teens was conducted from Oct. 25 -Nov. 5 by Knowledge Networks.

Questions § Do you use IM? How often? § What are some advantages and disadvantages? Dangers? § Do you think that face-to-face communication has become something of the past in this new generation of technology? § Do you think that there should be some time limit to how long a person spends on the Internet? 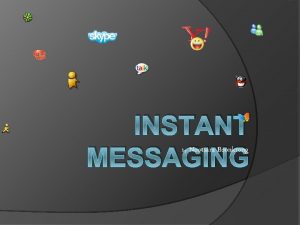 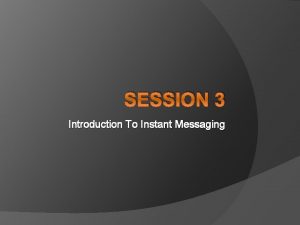 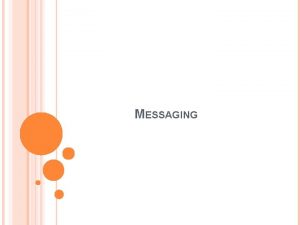 MESSAGING MESSAGING Messaging capability to communicate with the 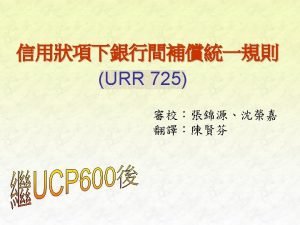