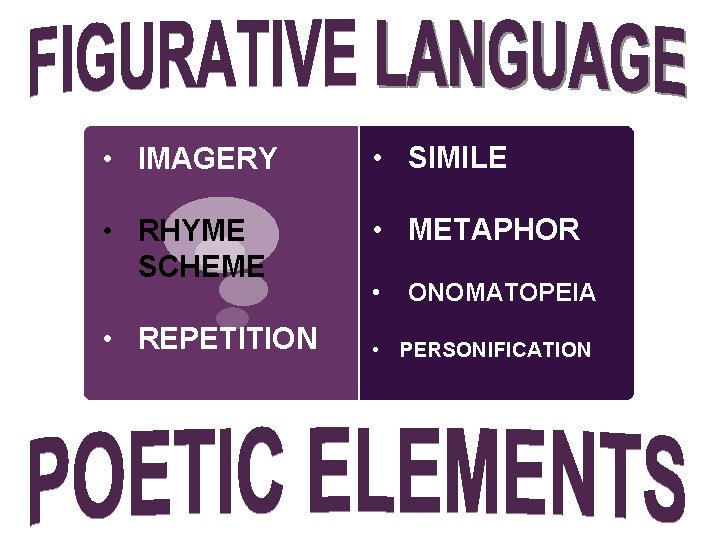 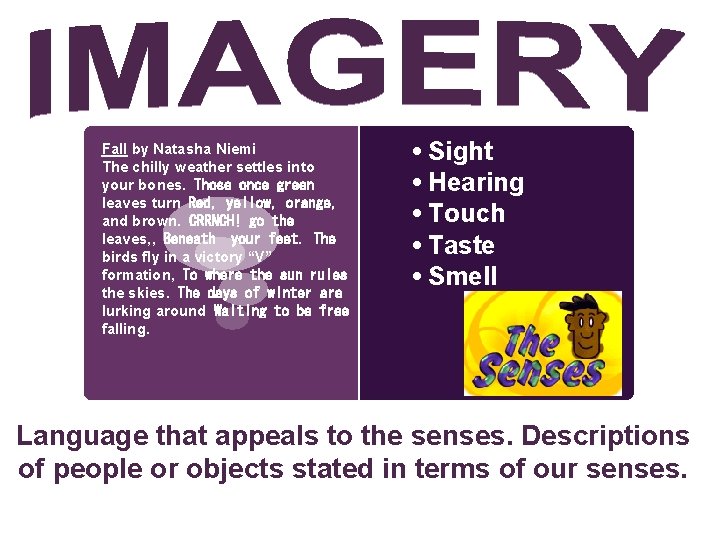 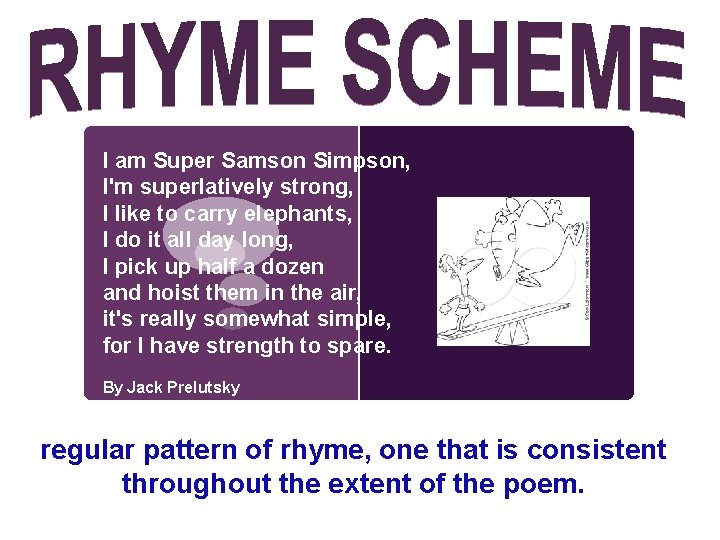 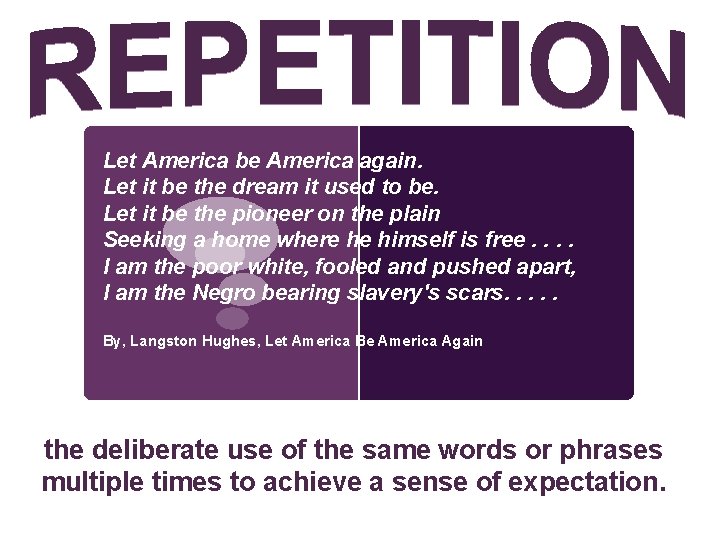 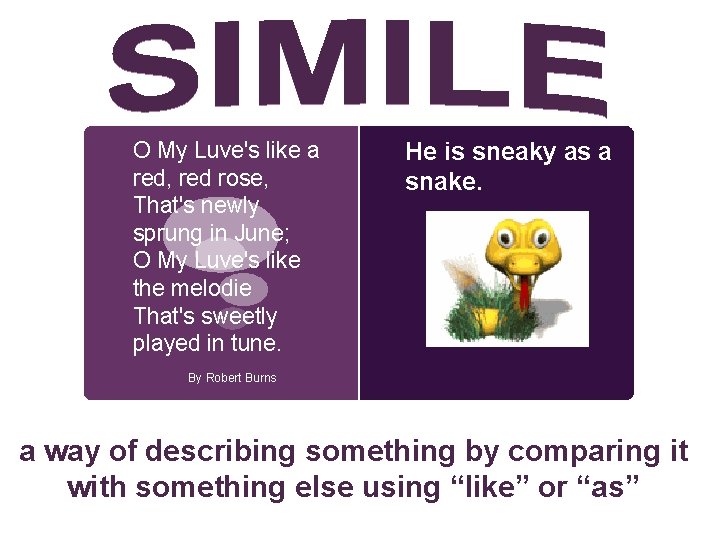 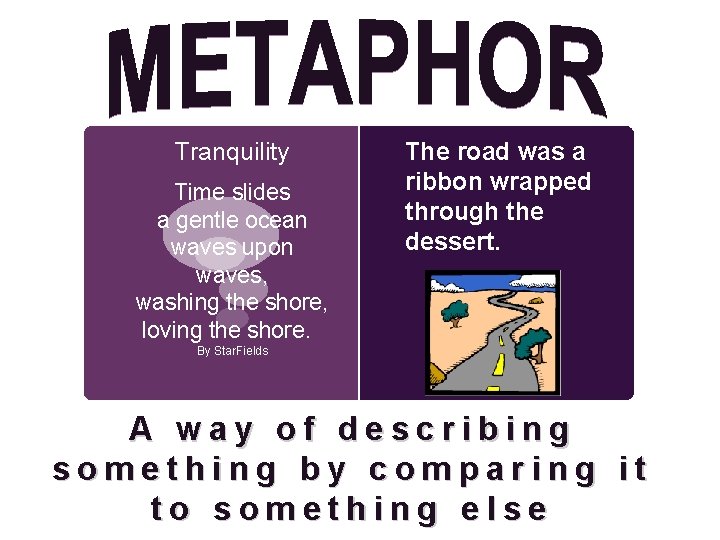 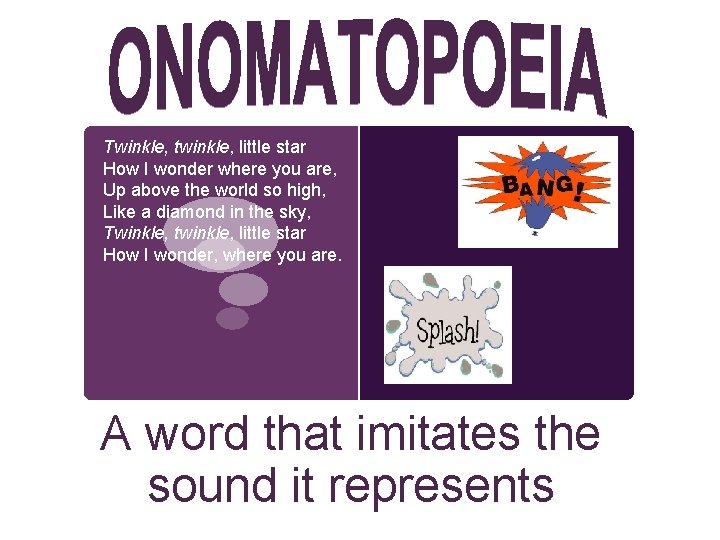 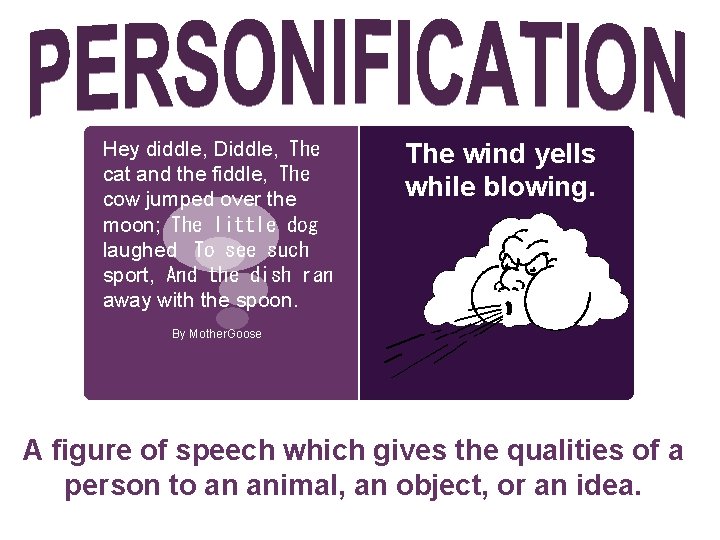 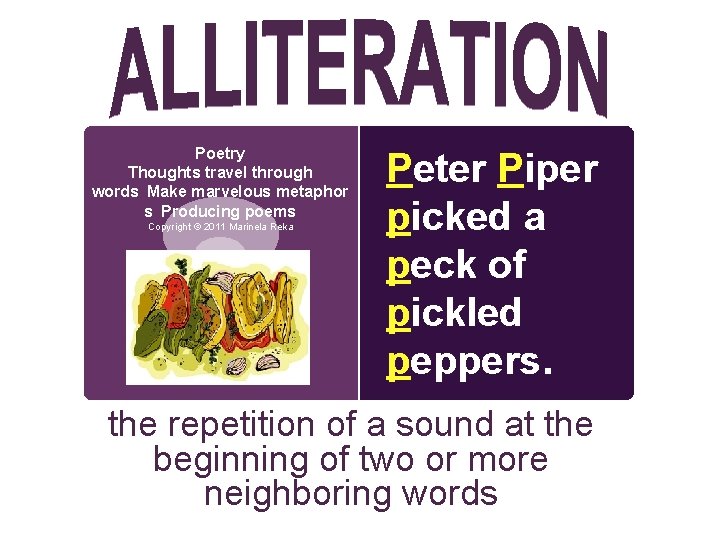 Fall by Natasha Niemi The chilly weather settles into your bones. Those once green leaves turn Red, yellow, orange, and brown. CRRNCH! go the leaves, , Beneath your feet. The birds fly in a victory “V” formation, To where the sun rules the skies. The days of winter are lurking around Waiting to be free falling. • Sight • Hearing • Touch • Taste • Smell Language that appeals to the senses. Descriptions of people or objects stated in terms of our senses.

I am Super Samson Simpson, I'm superlatively strong, I like to carry elephants, I do it all day long, I pick up half a dozen and hoist them in the air, it's really somewhat simple, for I have strength to spare. By Jack Prelutsky regular pattern of rhyme, one that is consistent throughout the extent of the poem.

Let America be America again. Let it be the dream it used to be. Let it be the pioneer on the plain Seeking a home where he himself is free. . I am the poor white, fooled and pushed apart, I am the Negro bearing slavery's scars. . . By, Langston Hughes, Let America Be America Again the deliberate use of the same words or phrases multiple times to achieve a sense of expectation.

O My Luve's like a red, red rose, That's newly sprung in June; O My Luve's like the melodie That's sweetly played in tune. He is sneaky as a snake. By Robert Burns a way of describing something by comparing it with something else using “like” or “as”

Tranquility Time slides a gentle ocean waves upon waves, washing the shore, loving the shore. The road was a ribbon wrapped through the dessert. By Star. Fields A way of describing something by comparing it to something else

Hey diddle, Diddle, The cat and the fiddle, The cow jumped over the moon; The little dog laughed To see such sport, And the dish ran away with the spoon. The wind yells while blowing. By Mother. Goose A figure of speech which gives the qualities of a person to an animal, an object, or an idea. 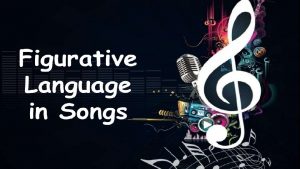 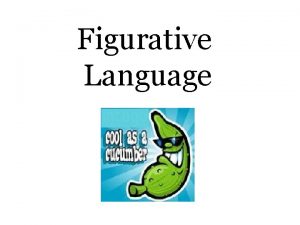 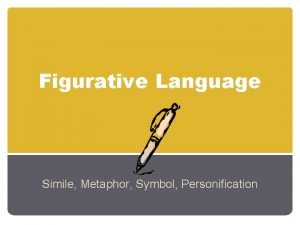 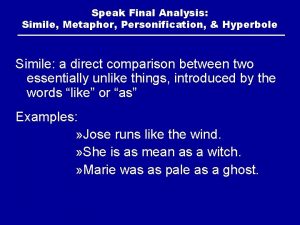 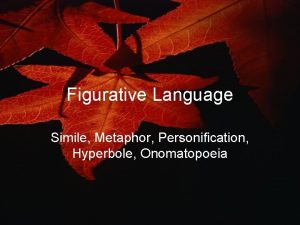 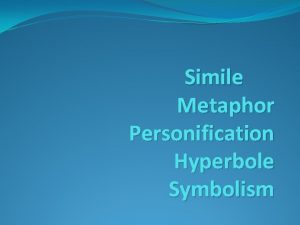 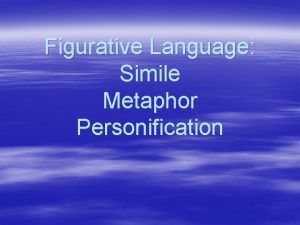 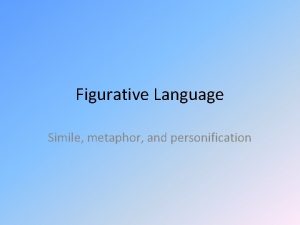