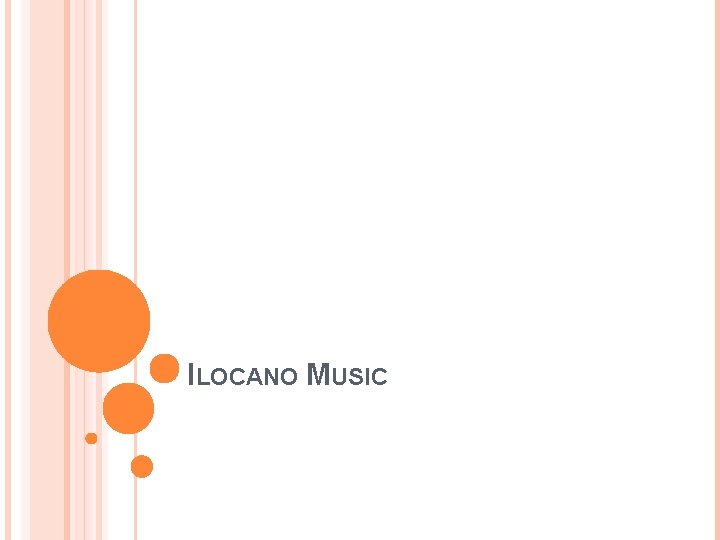 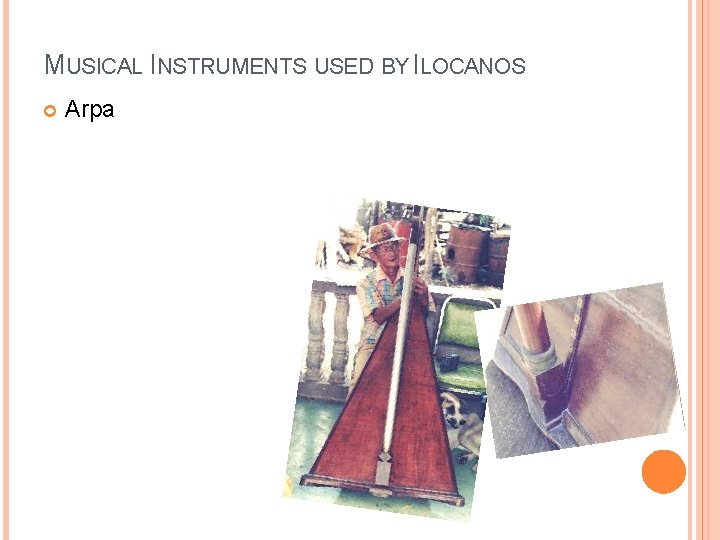 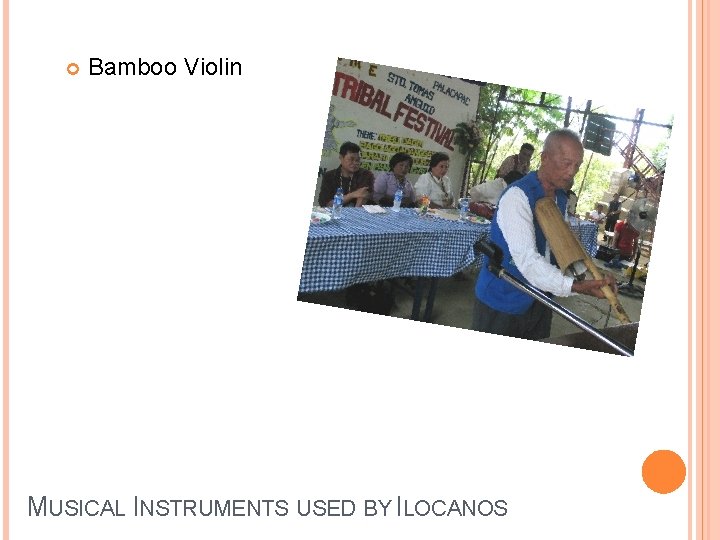 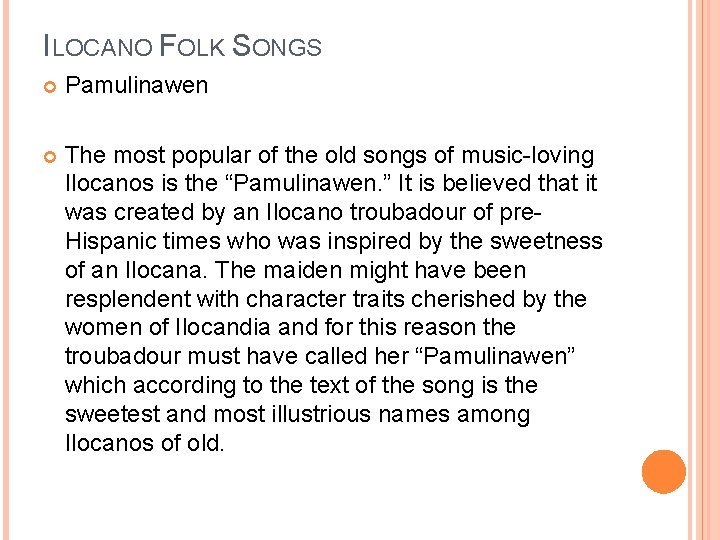 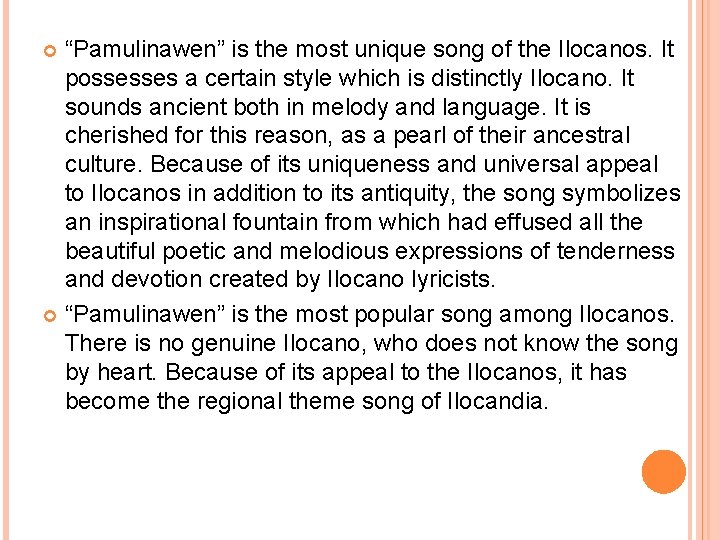 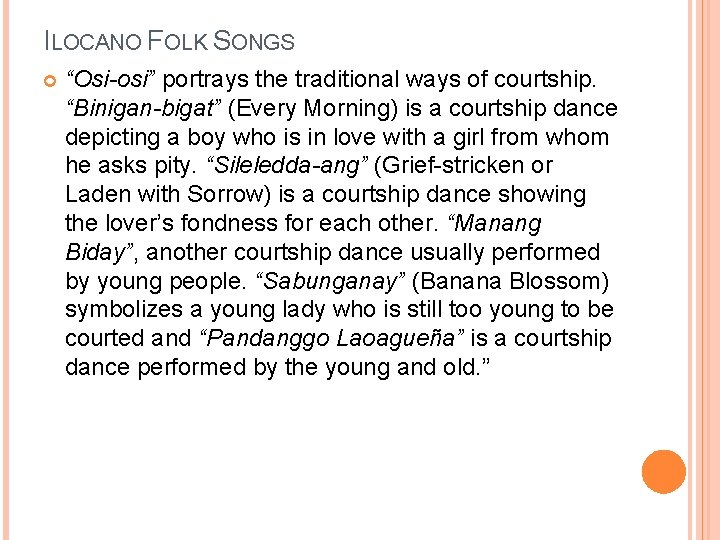 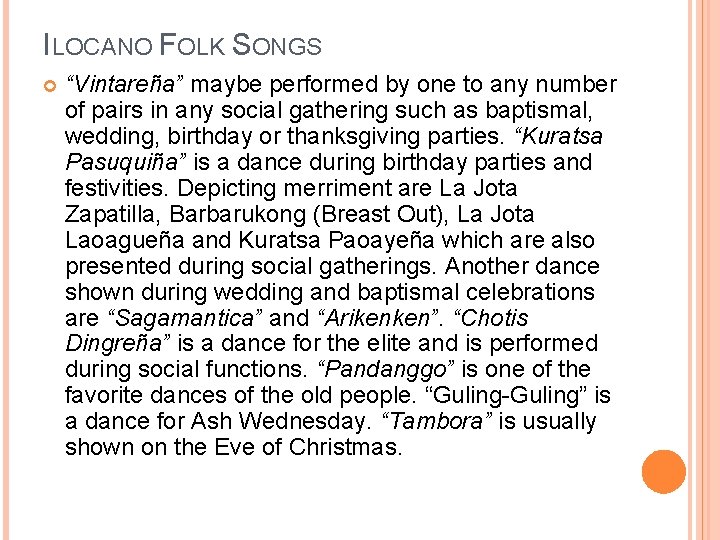 ILOCANO FOLK SONGS Pamulinawen The most popular of the old songs of music-loving Ilocanos is the “Pamulinawen. ” It is believed that it was created by an Ilocano troubadour of pre. Hispanic times who was inspired by the sweetness of an Ilocana. The maiden might have been resplendent with character traits cherished by the women of Ilocandia and for this reason the troubadour must have called her “Pamulinawen” which according to the text of the song is the sweetest and most illustrious names among Ilocanos of old.

“Pamulinawen” is the most unique song of the Ilocanos. It possesses a certain style which is distinctly Ilocano. It sounds ancient both in melody and language. It is cherished for this reason, as a pearl of their ancestral culture. Because of its uniqueness and universal appeal to Ilocanos in addition to its antiquity, the song symbolizes an inspirational fountain from which had effused all the beautiful poetic and melodious expressions of tenderness and devotion created by Ilocano lyricists. “Pamulinawen” is the most popular song among Ilocanos. There is no genuine Ilocano, who does not know the song by heart. Because of its appeal to the Ilocanos, it has become the regional theme song of Ilocandia.

ILOCANO FOLK SONGS “Vintareña” maybe performed by one to any number of pairs in any social gathering such as baptismal, wedding, birthday or thanksgiving parties. “Kuratsa Pasuquiña” is a dance during birthday parties and festivities. Depicting merriment are La Jota Zapatilla, Barbarukong (Breast Out), La Jota Laoagueña and Kuratsa Paoayeña which are also presented during social gatherings. Another dance shown during wedding and baptismal celebrations are “Sagamantica” and “Arikenken”. “Chotis Dingreña” is a dance for the elite and is performed during social functions. “Pandanggo” is one of the favorite dances of the old people. “Guling-Guling” is a dance for Ash Wednesday. “Tambora” is usually shown on the Eve of Christmas. 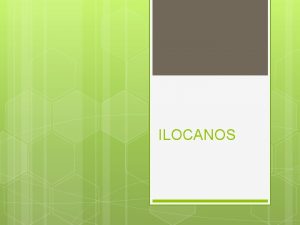 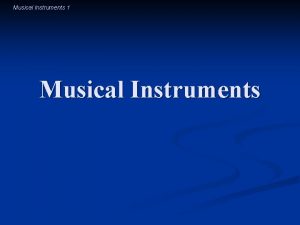 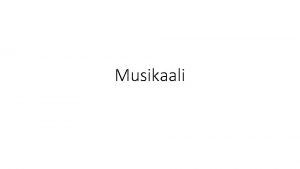 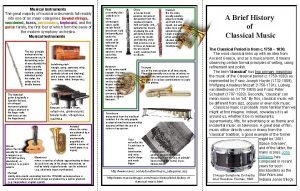 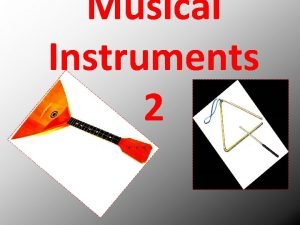 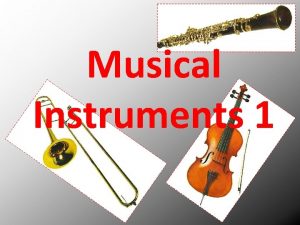