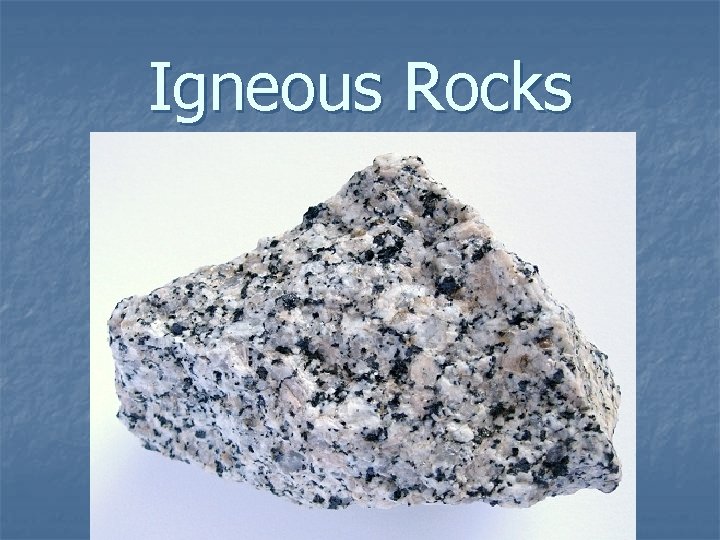 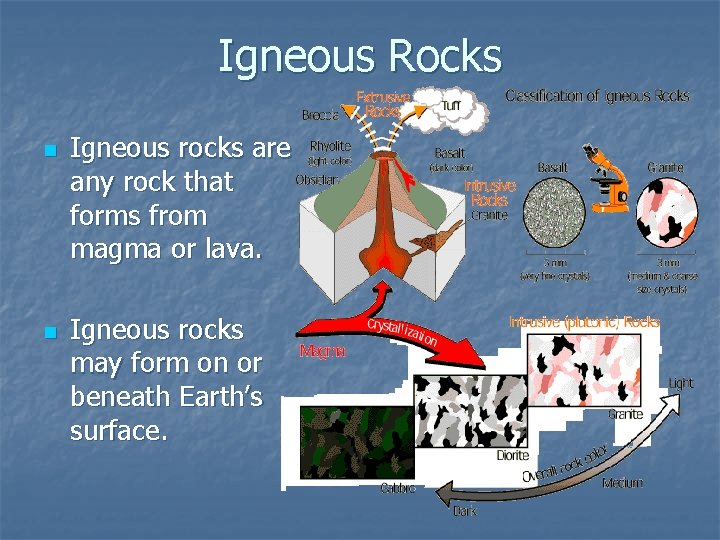 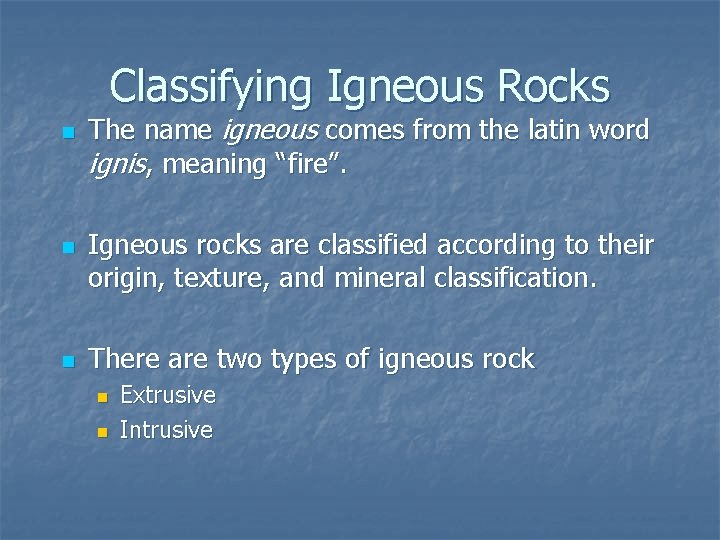 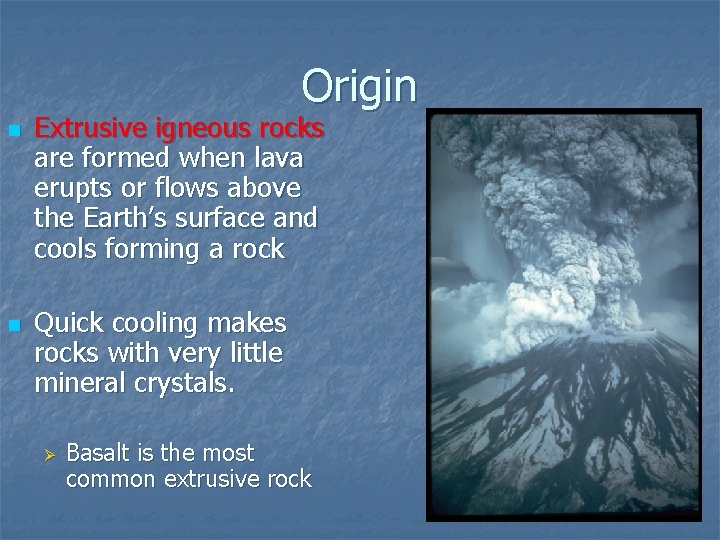 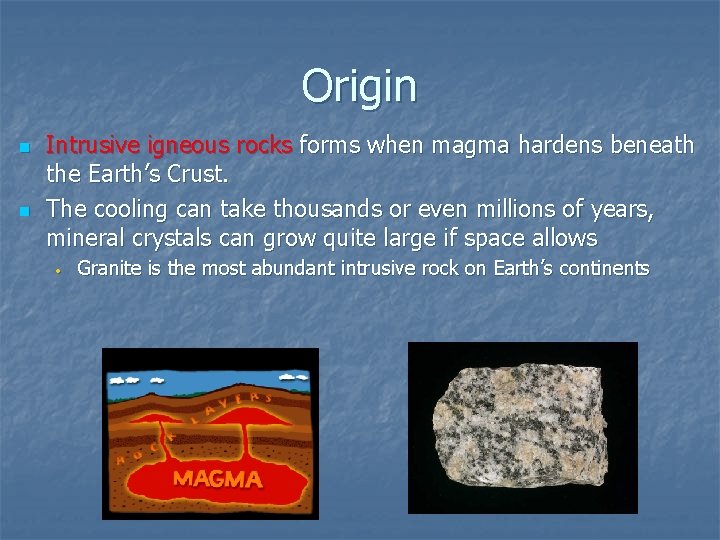 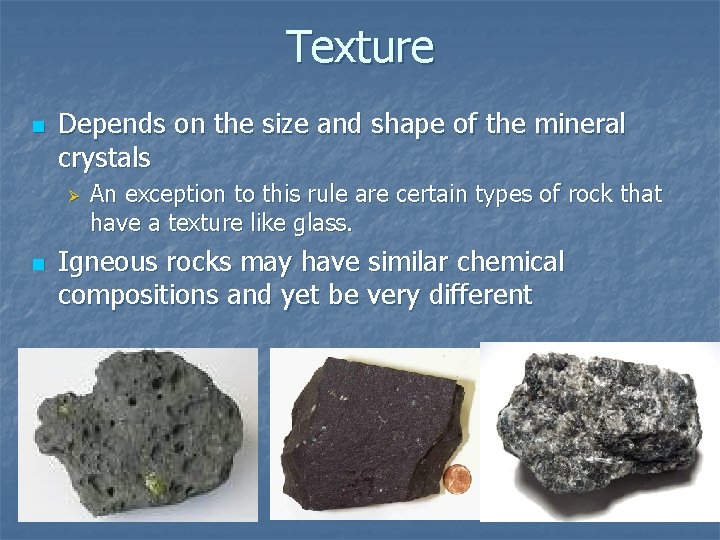 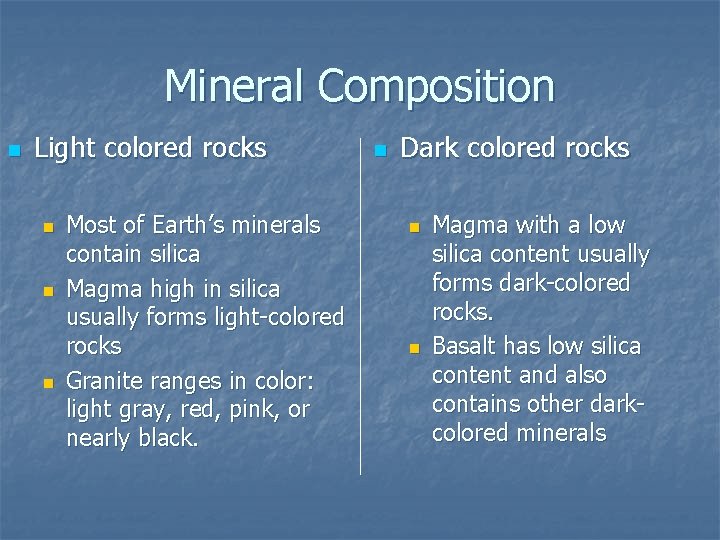 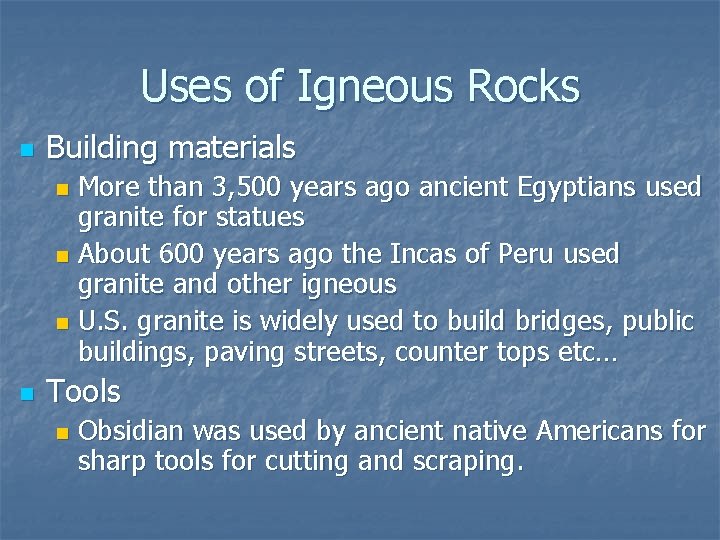 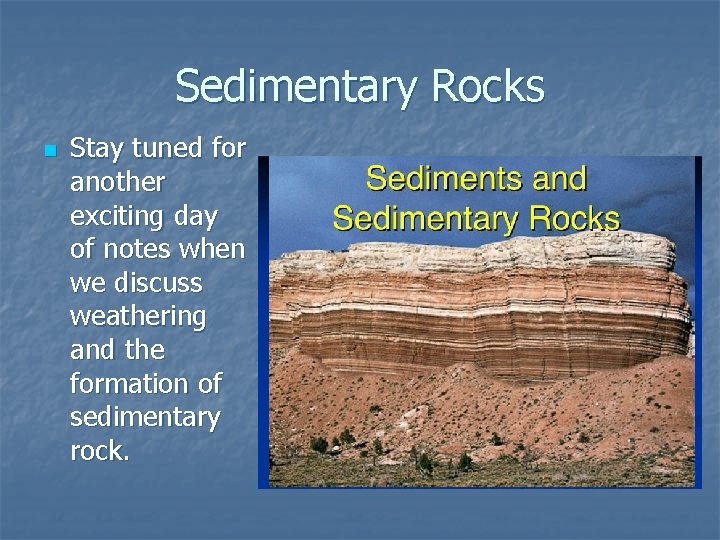 Igneous Rocks n n Igneous rocks are any rock that forms from magma or lava. Igneous rocks may form on or beneath Earth’s surface.

Origin n n Intrusive igneous rocks forms when magma hardens beneath the Earth’s Crust. The cooling can take thousands or even millions of years, mineral crystals can grow quite large if space allows • Granite is the most abundant intrusive rock on Earth’s continents

Texture n Depends on the size and shape of the mineral crystals Ø n An exception to this rule are certain types of rock that have a texture like glass. Igneous rocks may have similar chemical compositions and yet be very different

Sedimentary Rocks n Stay tuned for another exciting day of notes when we discuss weathering and the formation of sedimentary rock. 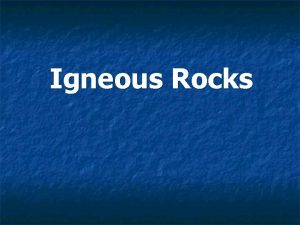 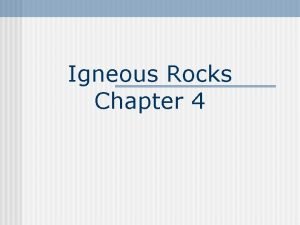 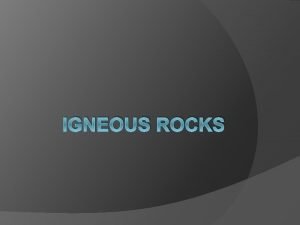 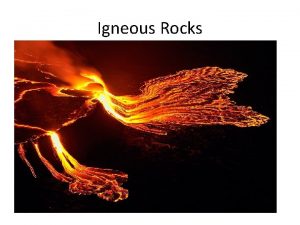 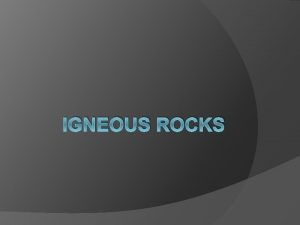 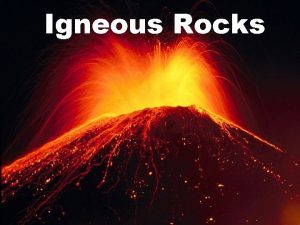 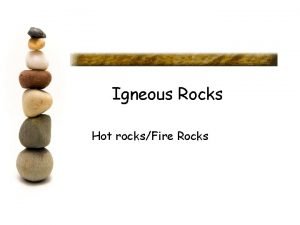 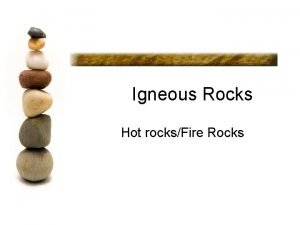