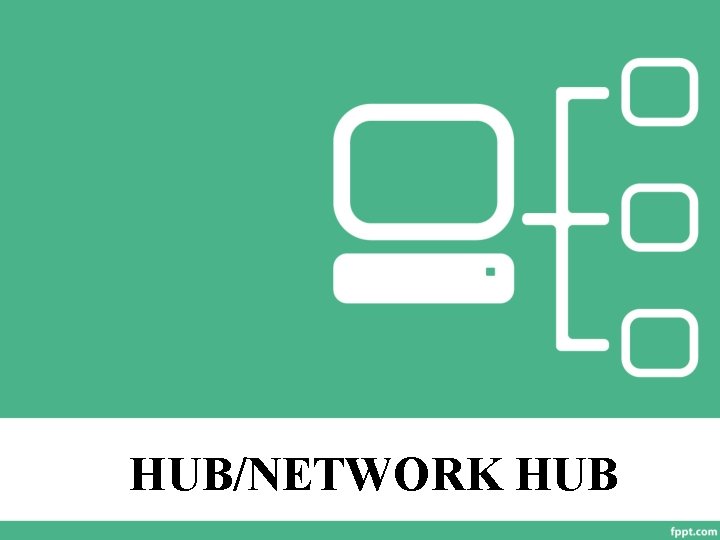 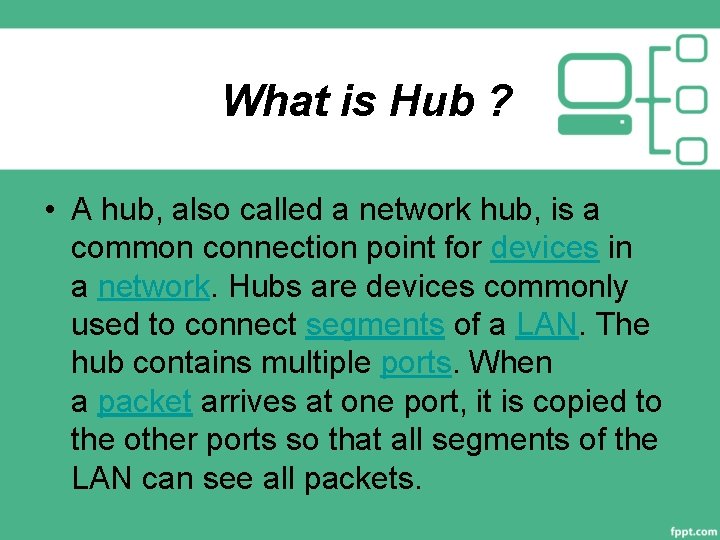 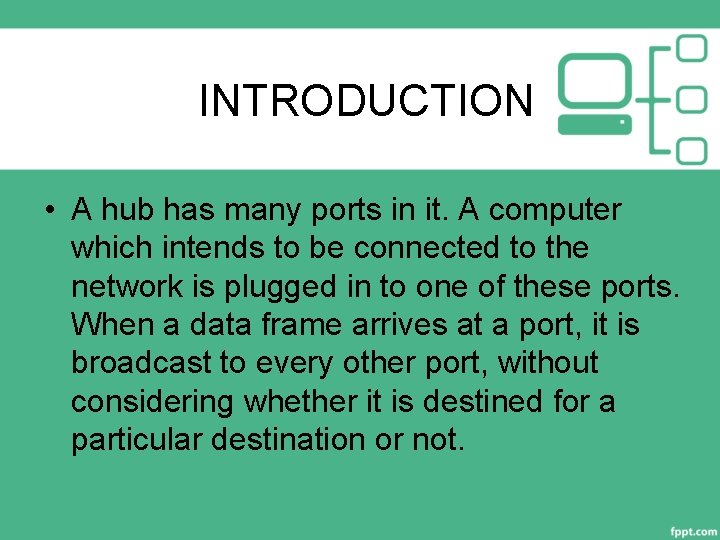 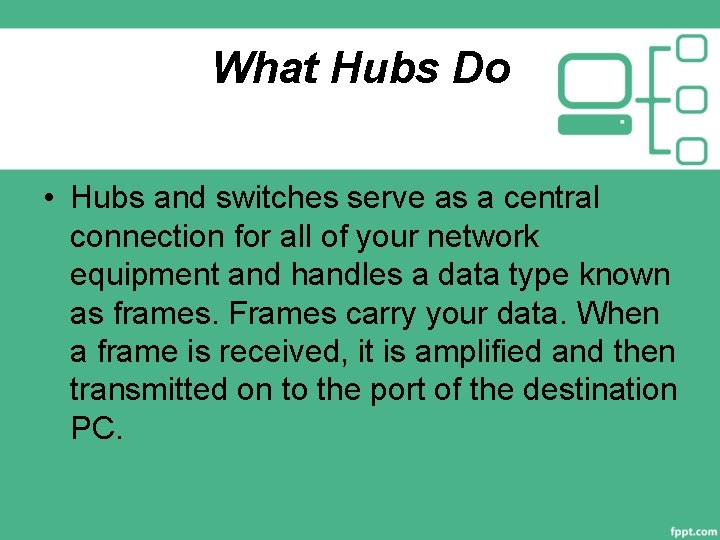 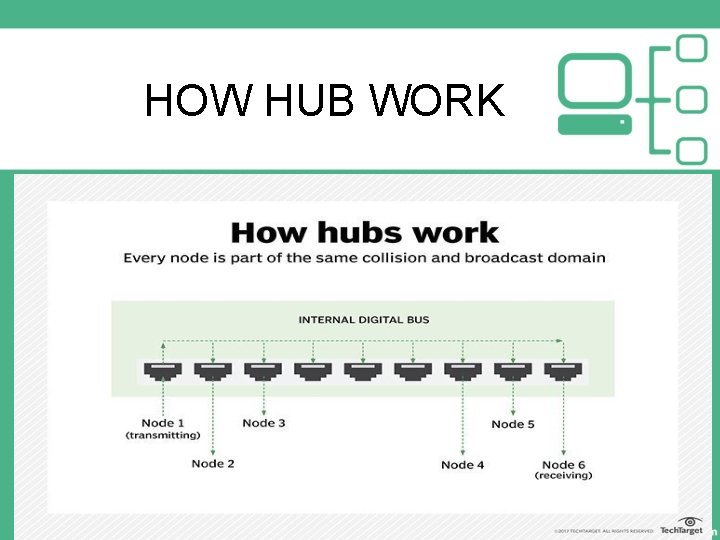 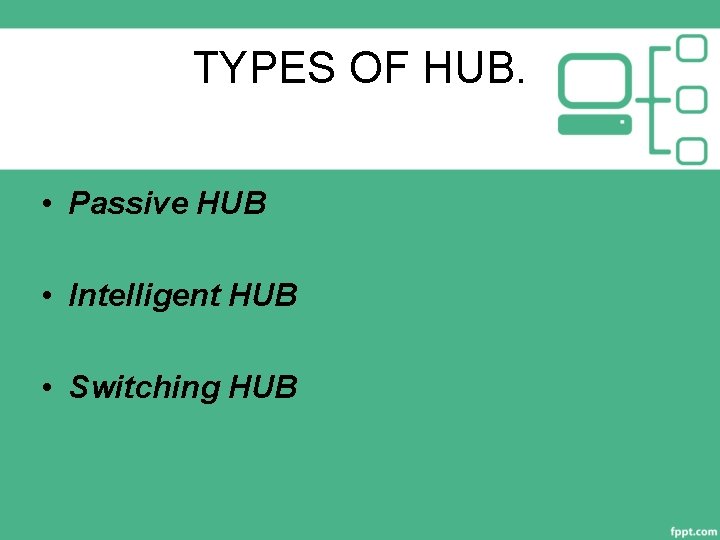 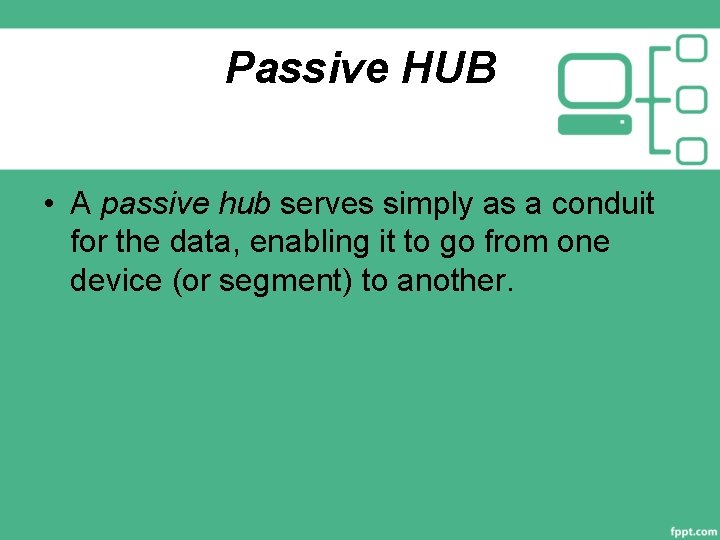 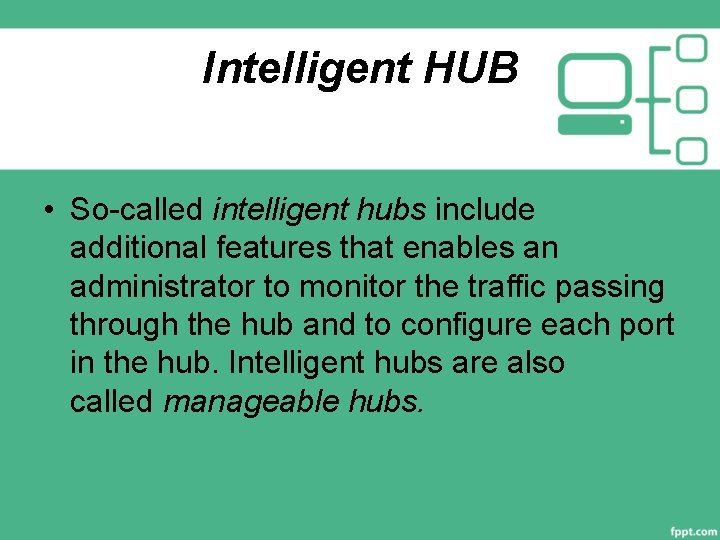 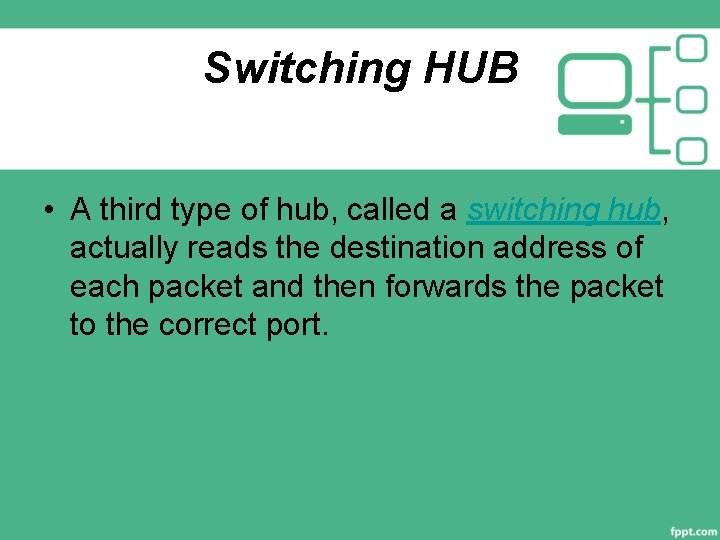 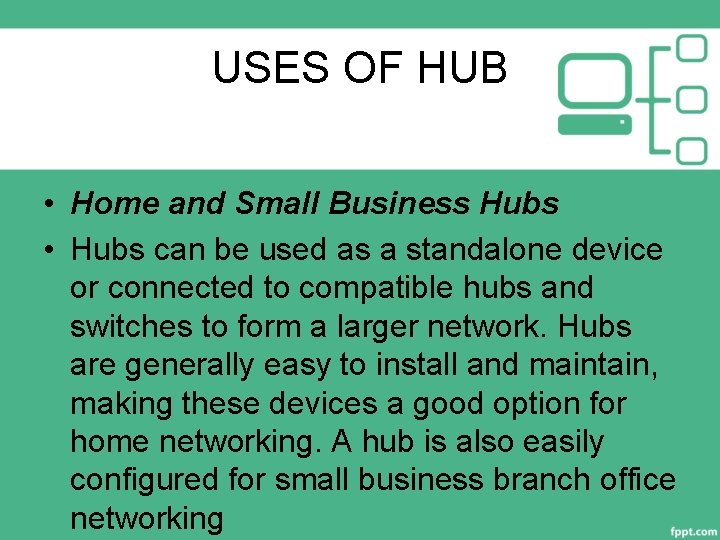 What is Hub ? • A hub, also called a network hub, is a common connection point for devices in a network. Hubs are devices commonly used to connect segments of a LAN. The hub contains multiple ports. When a packet arrives at one port, it is copied to the other ports so that all segments of the LAN can see all packets.

INTRODUCTION • A hub has many ports in it. A computer which intends to be connected to the network is plugged in to one of these ports. When a data frame arrives at a port, it is broadcast to every other port, without considering whether it is destined for a particular destination or not.

What Hubs Do • Hubs and switches serve as a central connection for all of your network equipment and handles a data type known as frames. Frames carry your data. When a frame is received, it is amplified and then transmitted on to the port of the destination PC.

Passive HUB • A passive hub serves simply as a conduit for the data, enabling it to go from one device (or segment) to another.

Intelligent HUB • So-called intelligent hubs include additional features that enables an administrator to monitor the traffic passing through the hub and to configure each port in the hub. Intelligent hubs are also called manageable hubs.

Switching HUB • A third type of hub, called a switching hub, actually reads the destination address of each packet and then forwards the packet to the correct port.

USES OF HUB • Home and Small Business Hubs • Hubs can be used as a standalone device or connected to compatible hubs and switches to form a larger network. Hubs are generally easy to install and maintain, making these devices a good option for home networking. A hub is also easily configured for small business branch office networking 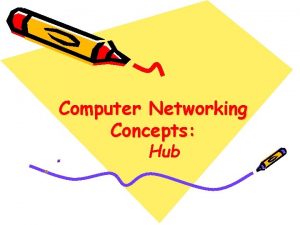 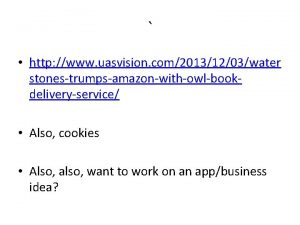 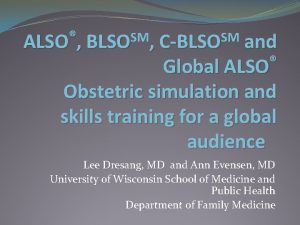 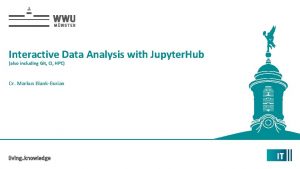 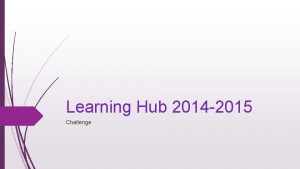 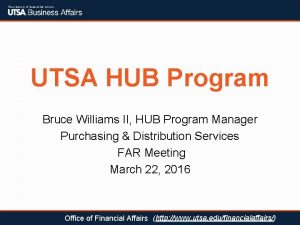 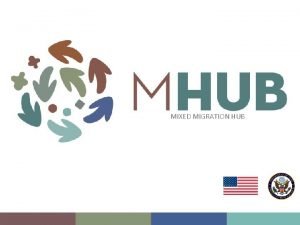 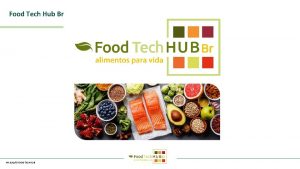 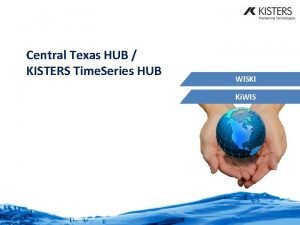