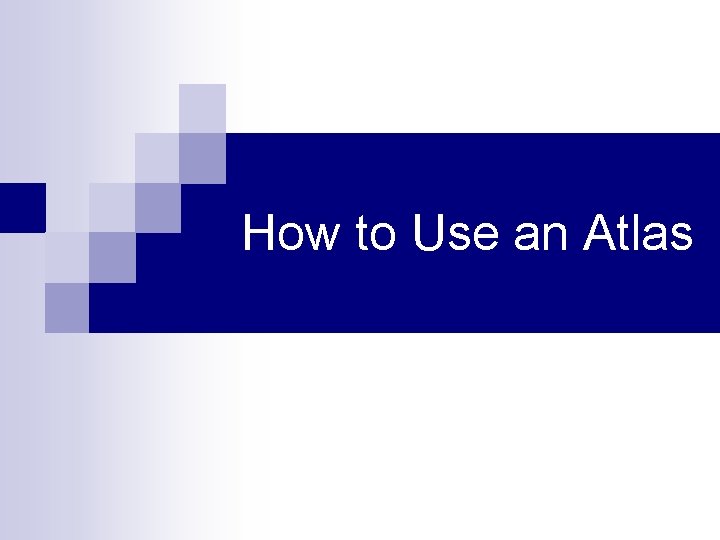 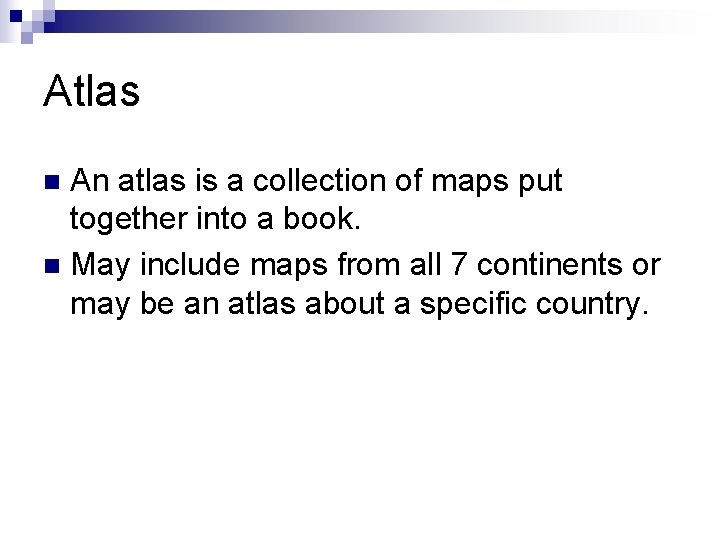 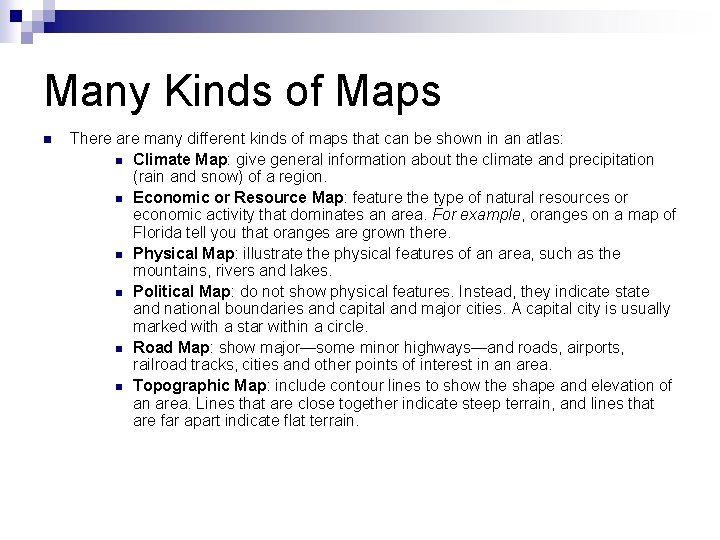 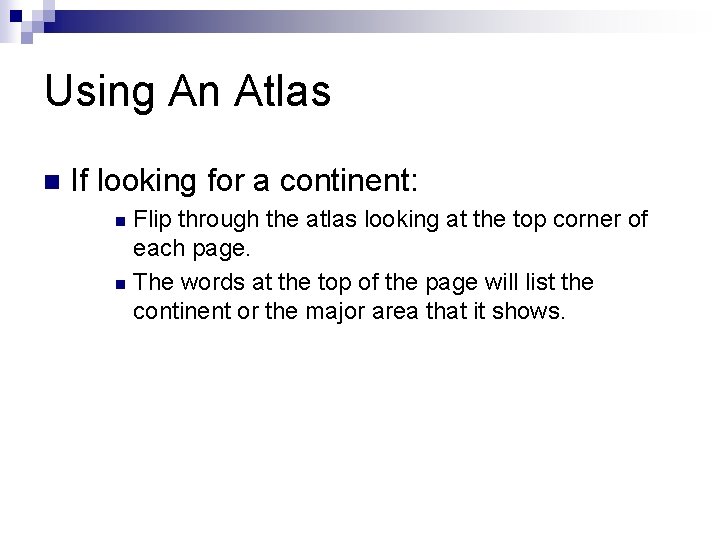 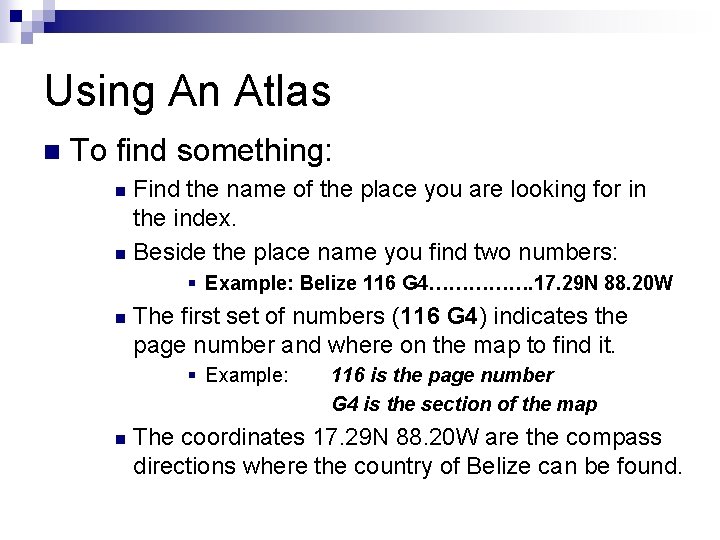 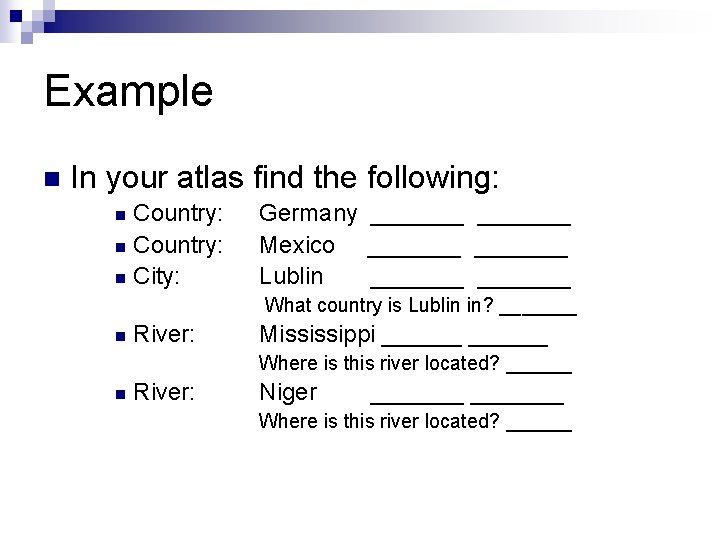 How to Use an Atlas

Atlas An atlas is a collection of maps put together into a book. n May include maps from all 7 continents or may be an atlas about a specific country. n

Many Kinds of Maps n There are many different kinds of maps that can be shown in an atlas: n Climate Map: give general information about the climate and precipitation (rain and snow) of a region. n Economic or Resource Map: feature the type of natural resources or economic activity that dominates an area. For example, oranges on a map of Florida tell you that oranges are grown there. n Physical Map: illustrate the physical features of an area, such as the mountains, rivers and lakes. n Political Map: do not show physical features. Instead, they indicate state and national boundaries and capital and major cities. A capital city is usually marked with a star within a circle. n Road Map: show major—some minor highways—and roads, airports, railroad tracks, cities and other points of interest in an area. n Topographic Map: include contour lines to show the shape and elevation of an area. Lines that are close together indicate steep terrain, and lines that are far apart indicate flat terrain.

Using An Atlas n If looking for a continent: Flip through the atlas looking at the top corner of each page. n The words at the top of the page will list the continent or the major area that it shows. n

Using An Atlas n If looking for a country or city: Go to the index in the very back of the atlas. n The index lists all towns, cities, countries and continents. n It also lists lakes, oceans, mountain ranges, rivers and various landforms. n The index is alphabetical. n 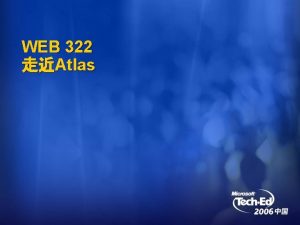 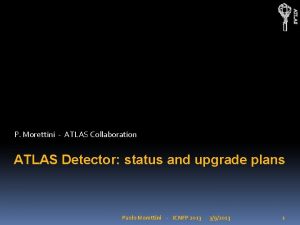 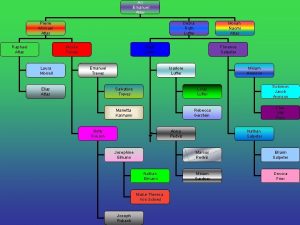 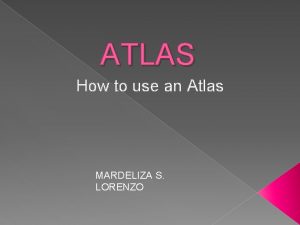 ATLAS How to use an Atlas MARDELIZA S 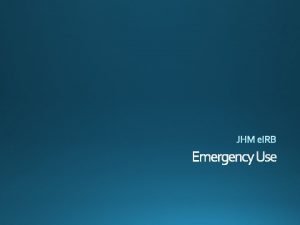 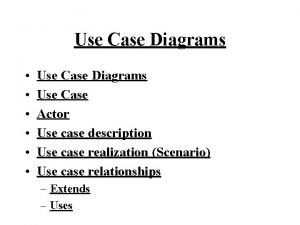