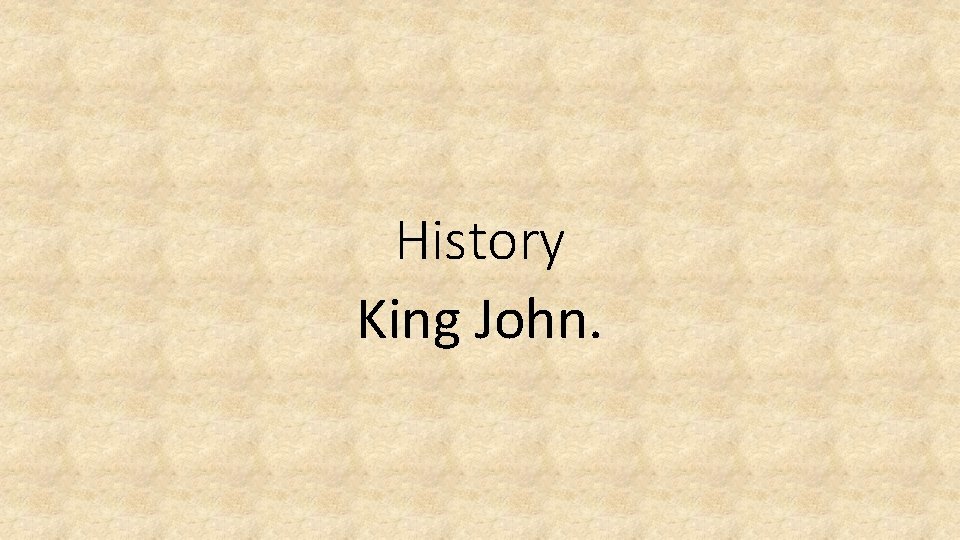 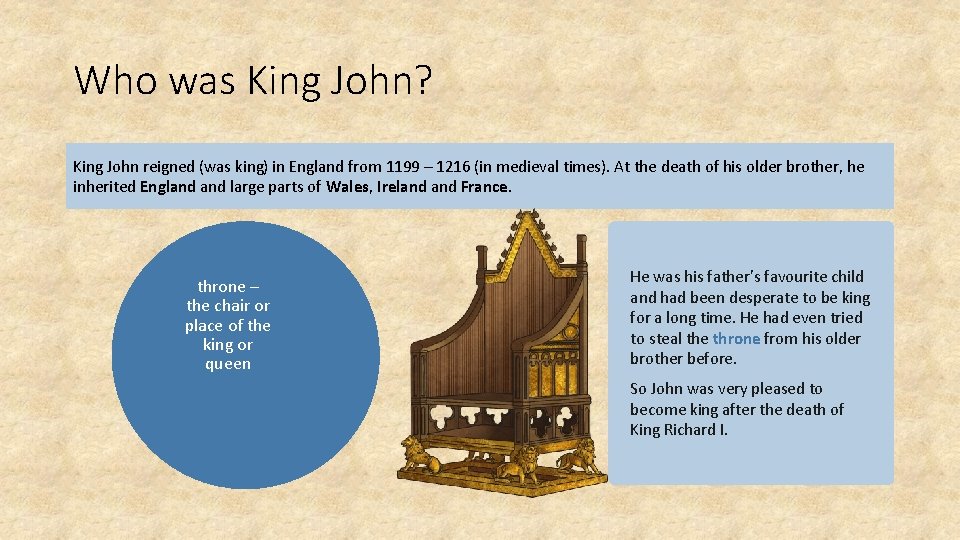 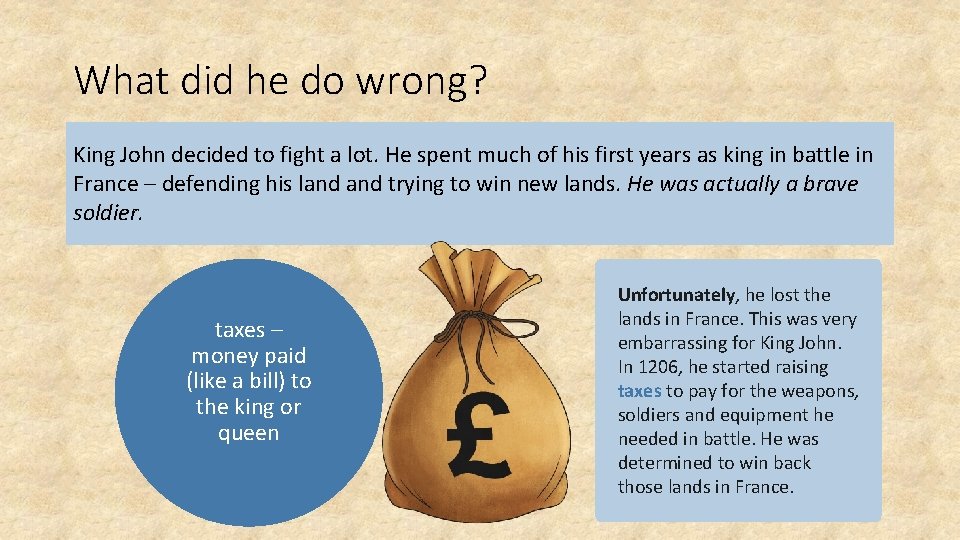 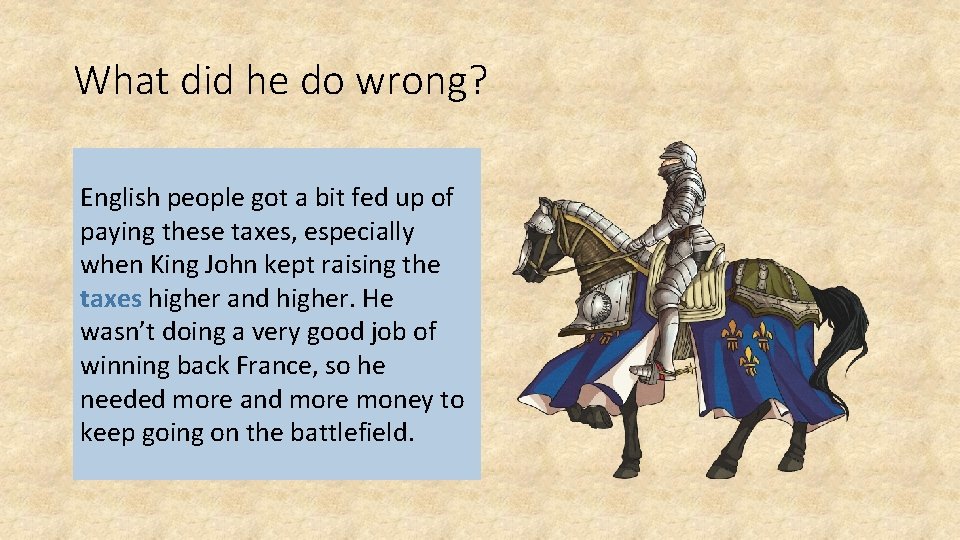 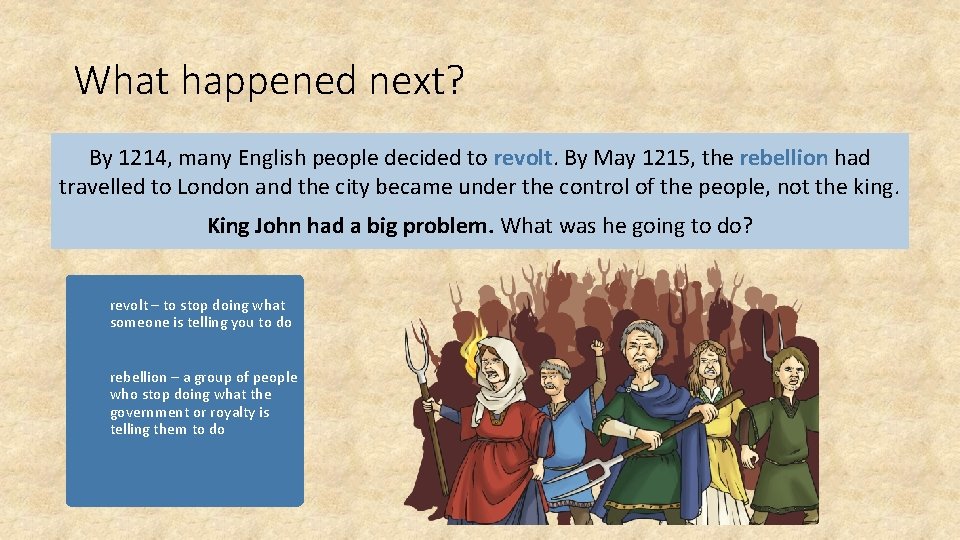 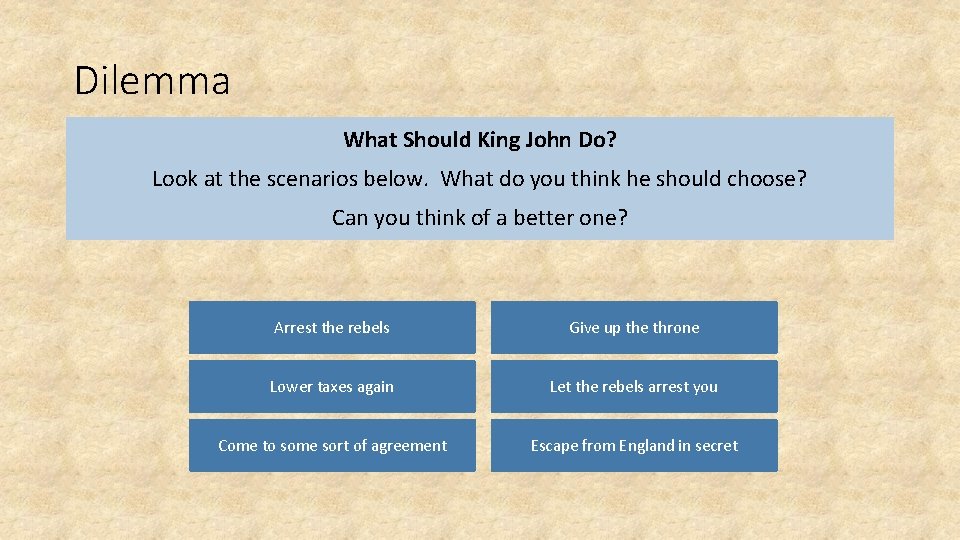 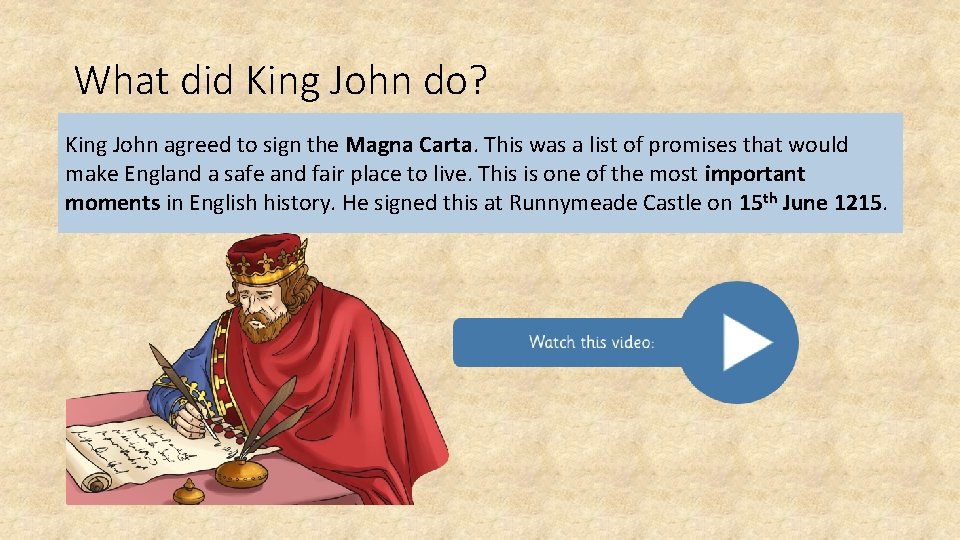 Who was King John? King John reigned (was king) in England from 1199 – 1216 (in medieval times). At the death of his older brother, he inherited England large parts of Wales, Ireland France. throne – the chair or place of the king or queen He was his father’s favourite child and had been desperate to be king for a long time. He had even tried to steal the throne from his older brother before. So John was very pleased to become king after the death of King Richard I.

What did he do wrong? King John decided to fight a lot. He spent much of his first years as king in battle in France – defending his land trying to win new lands. He was actually a brave soldier. taxes – money paid (like a bill) to the king or queen Unfortunately, he lost the lands in France. This was very embarrassing for King John. In 1206, he started raising taxes to pay for the weapons, soldiers and equipment he needed in battle. He was determined to win back those lands in France.

What did he do wrong? English people got a bit fed up of paying these taxes, especially when King John kept raising the taxes higher and higher. He wasn’t doing a very good job of winning back France, so he needed more and more money to keep going on the battlefield.

What happened next? By 1214, many English people decided to revolt. By May 1215, the rebellion had travelled to London and the city became under the control of the people, not the king. King John had a big problem. What was he going to do? revolt – to stop doing what someone is telling you to do rebellion – a group of people who stop doing what the government or royalty is telling them to do

Dilemma What Should King John Do? Look at the scenarios below. What do you think he should choose? Can you think of a better one? Arrest the rebels Give up the throne Lower taxes again Let the rebels arrest you Come to some sort of agreement Escape from England in secret

What did King John do? King John agreed to sign the Magna Carta. This was a list of promises that would make England a safe and fair place to live. This is one of the most important moments in English history. He signed this at Runnymeade Castle on 15 th June 1215. 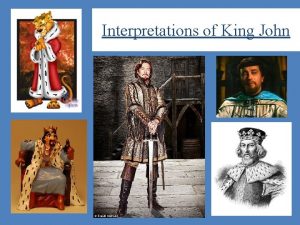 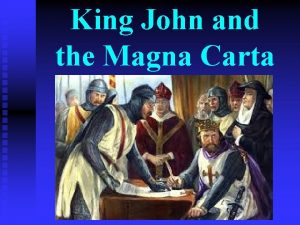 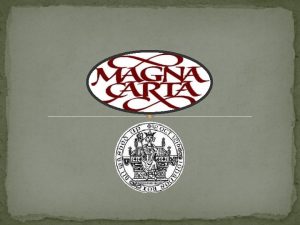 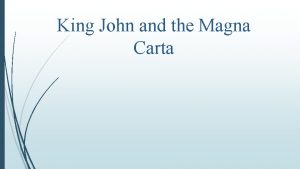 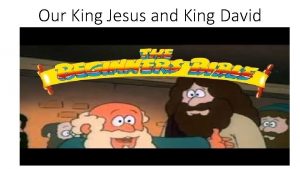 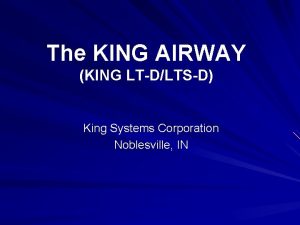