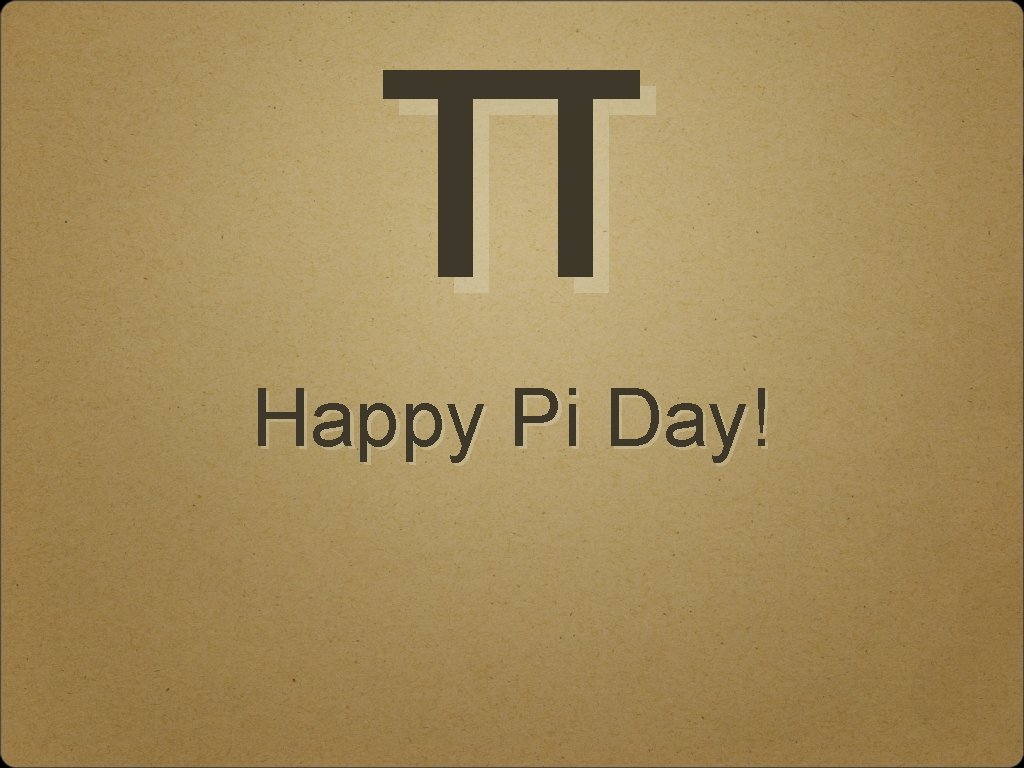 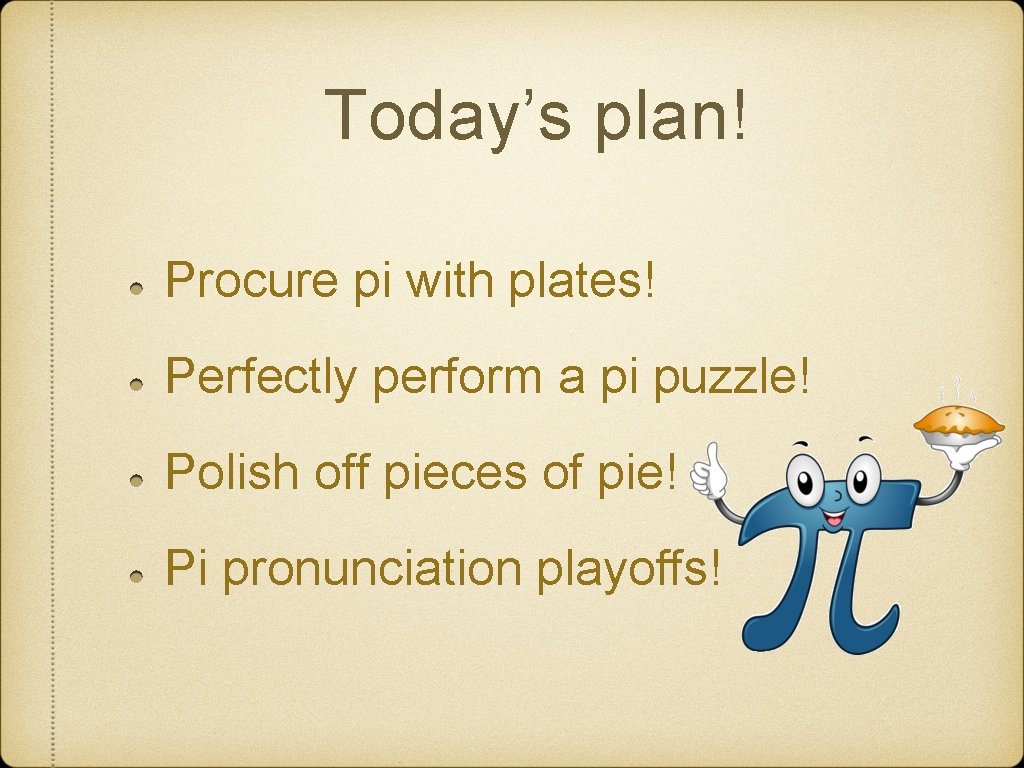 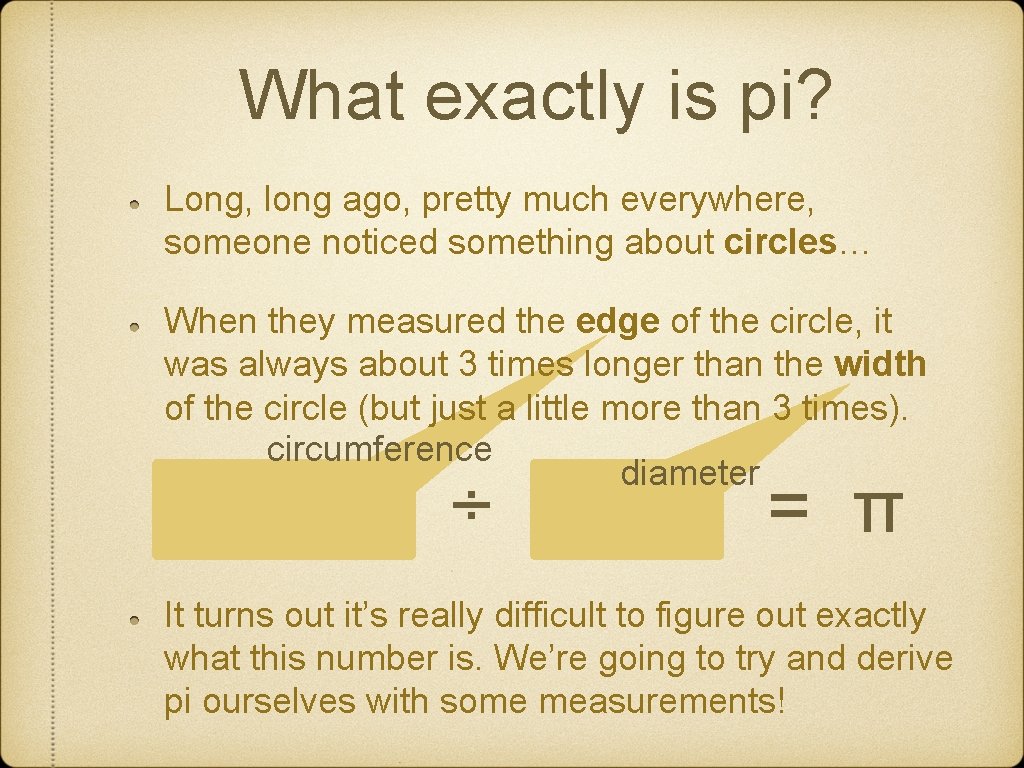 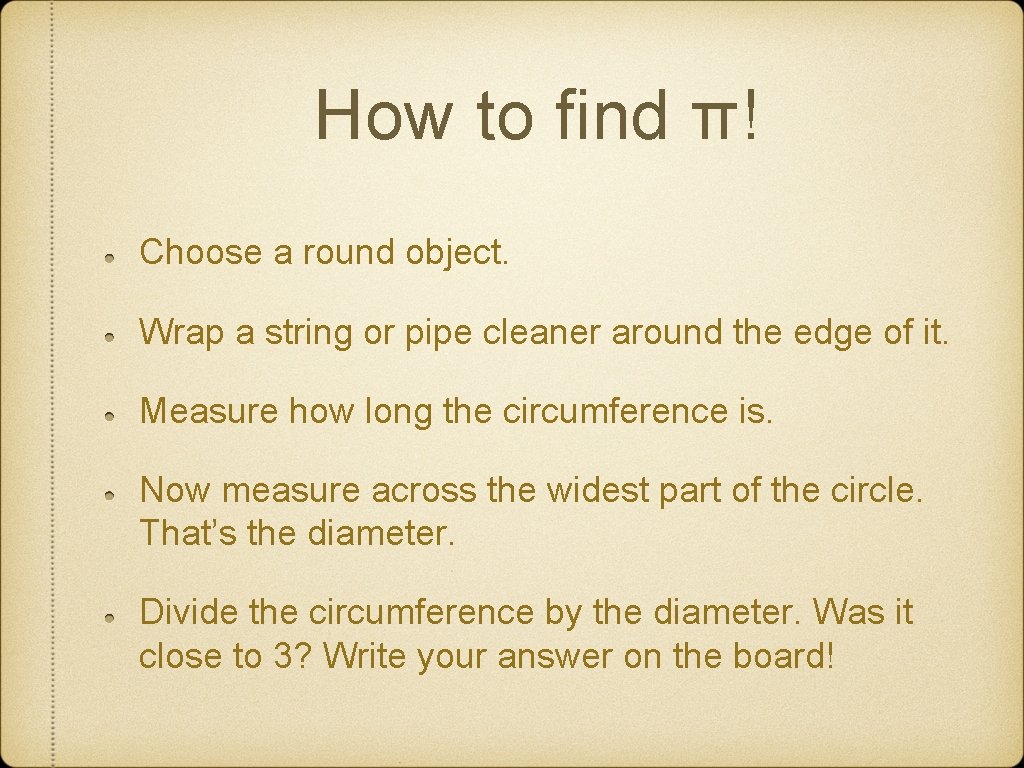 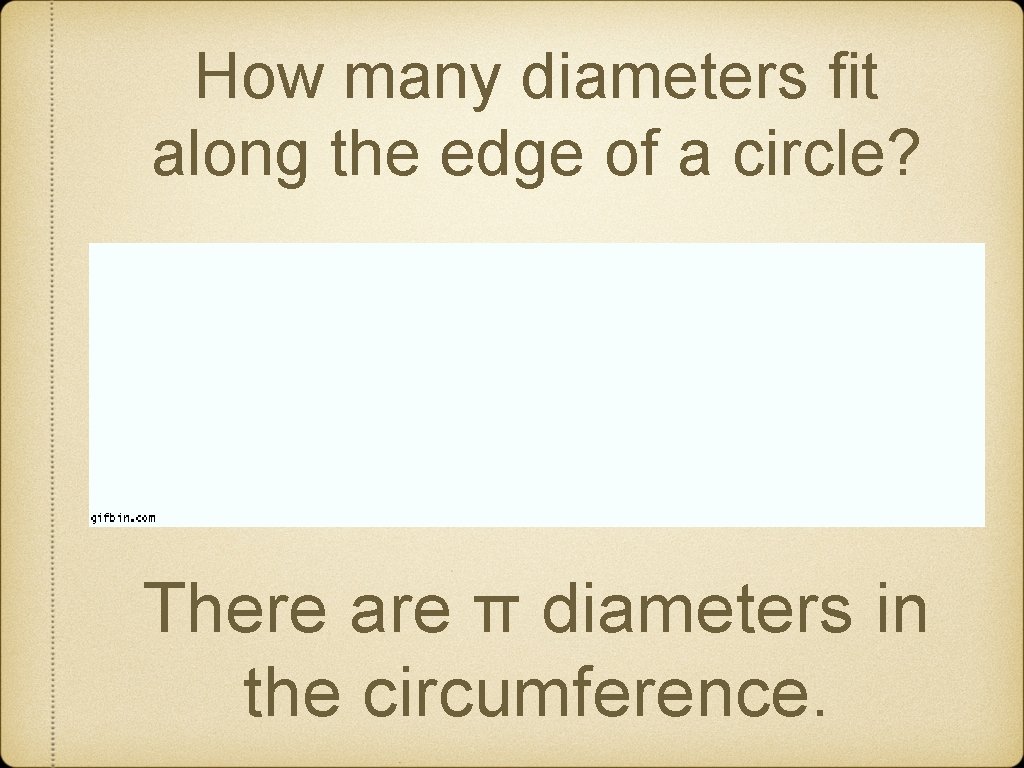 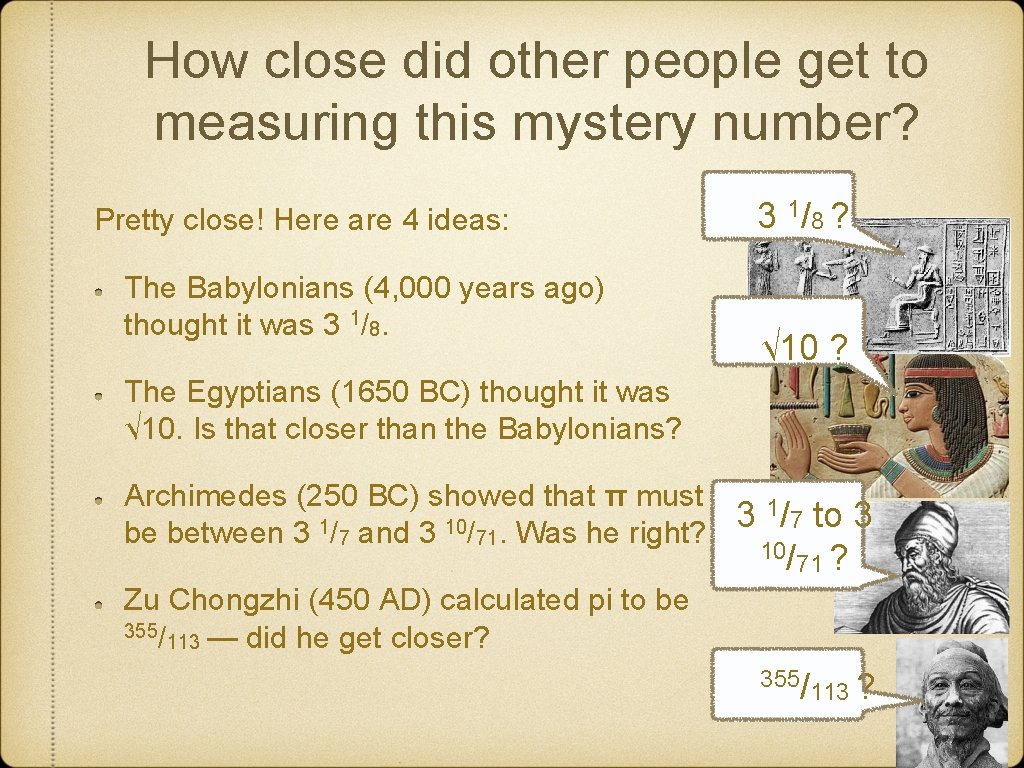 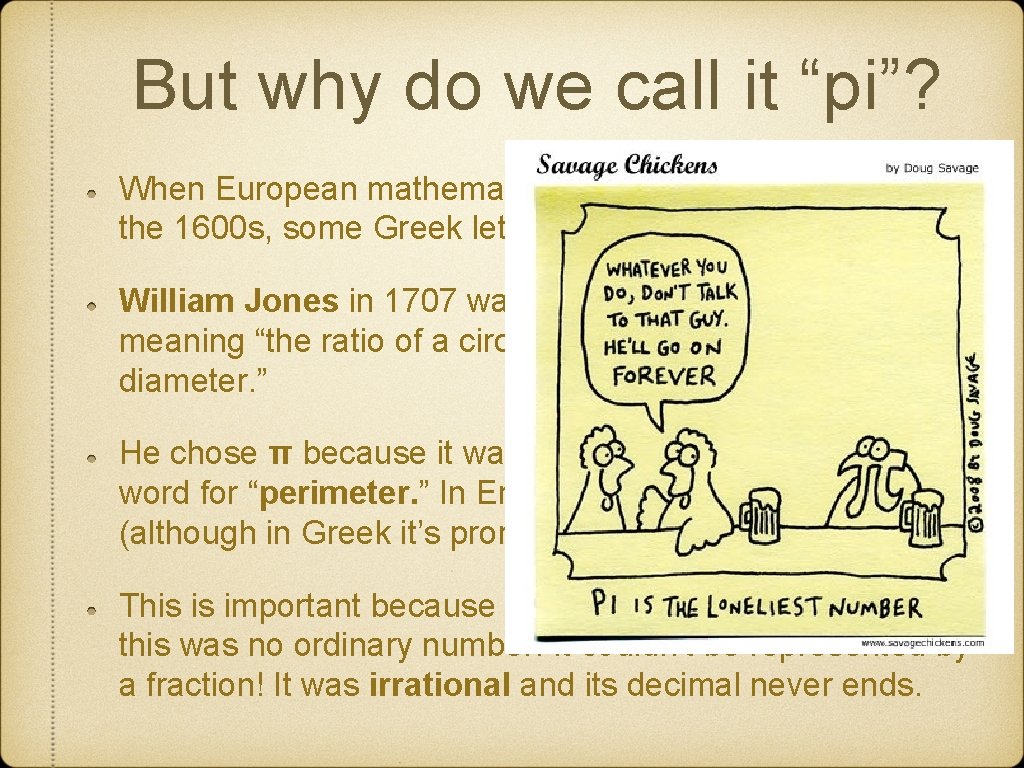 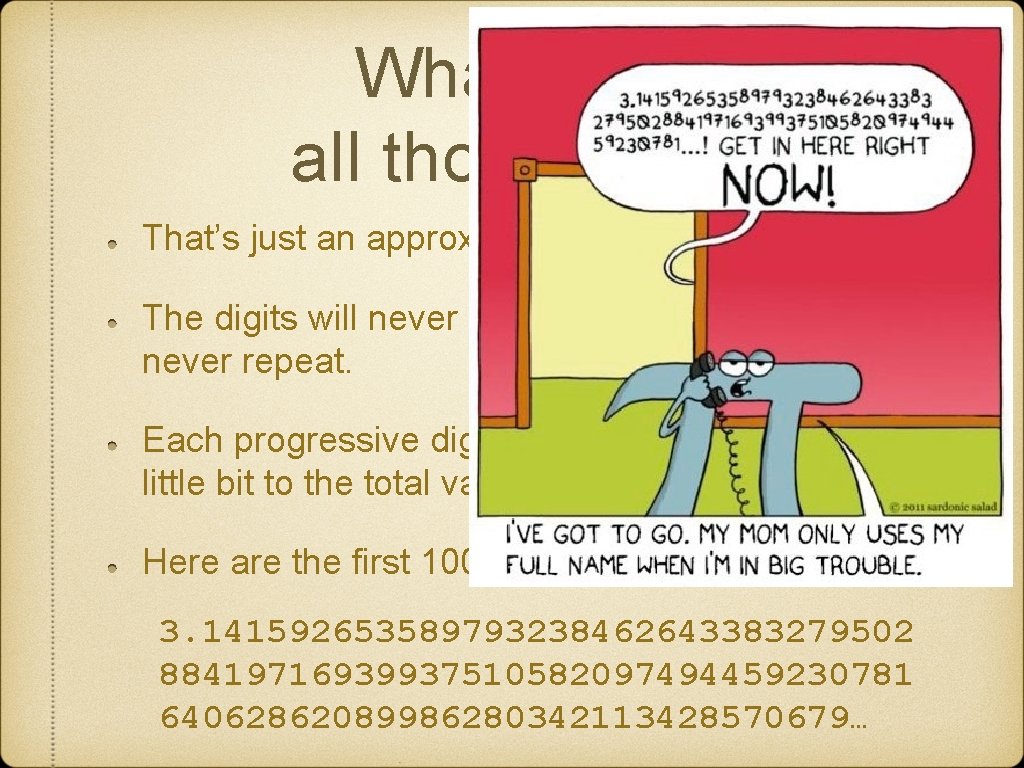 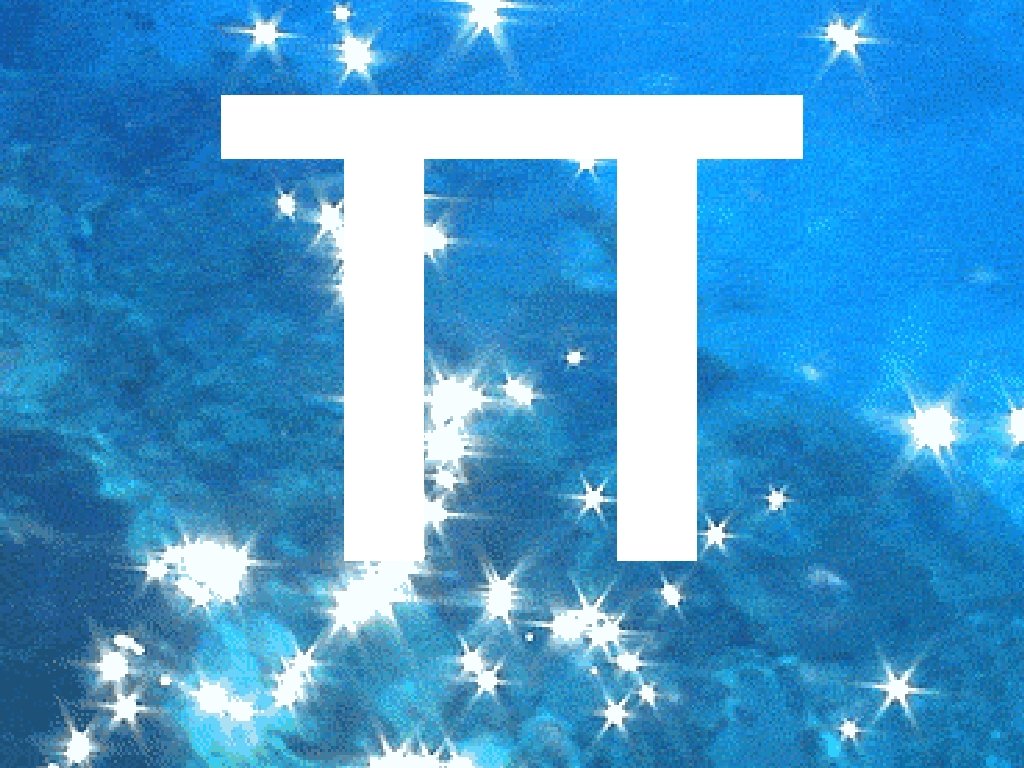 What exactly is pi? Long, long ago, pretty much everywhere, someone noticed something about circles… When they measured the edge of the circle, it was always about 3 times longer than the width of the circle (but just a little more than 3 times). circumference diameter ÷ = π It turns out it’s really difficult to figure out exactly what this number is. We’re going to try and derive pi ourselves with some measurements!

How many diameters fit along the edge of a circle? There are π diameters in the circumference.

But why do we call it “pi”? When European mathematicians began using variables in the 1600 s, some Greek letters were used as well. William Jones in 1707 was the first to use π as a symbol meaning “the ratio of a circle’s circumference to its diameter. ” He chose π because it was the first letter of the Greek word for “perimeter. ” In English we pronounce that “pi” (although in Greek it’s pronounced “P”). This is important because it shows that Jones knew that this was no ordinary number. It couldn’t be represented by a fraction! It was irrational and its decimal never ends. 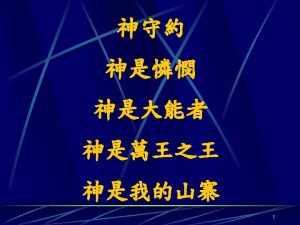 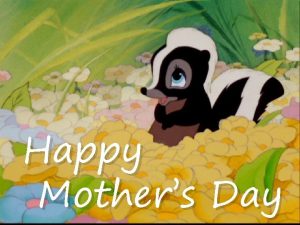 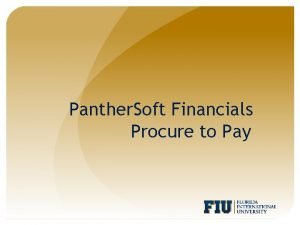 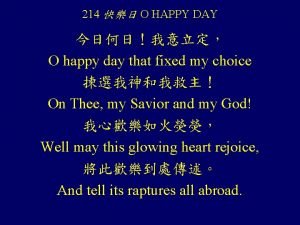 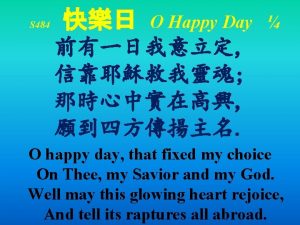 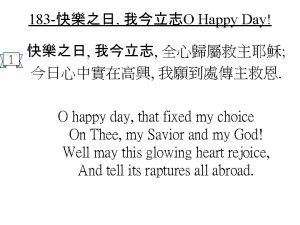 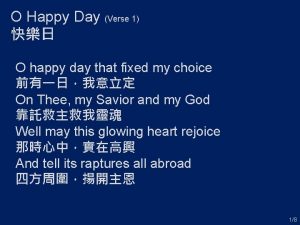 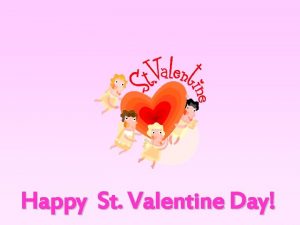