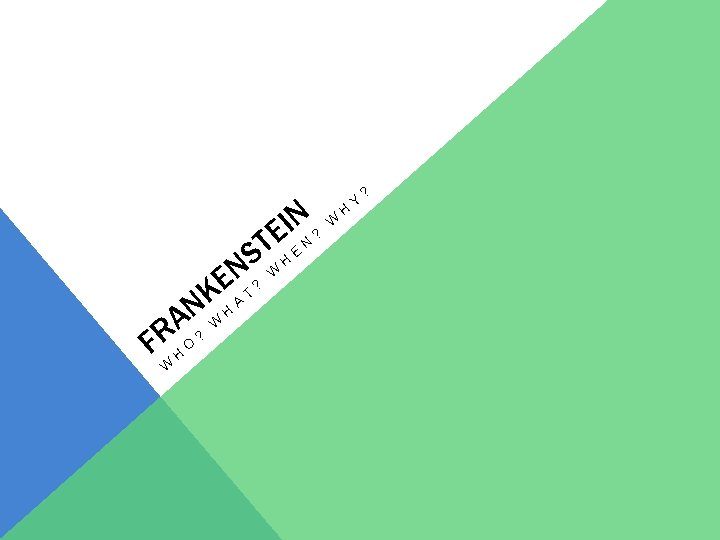 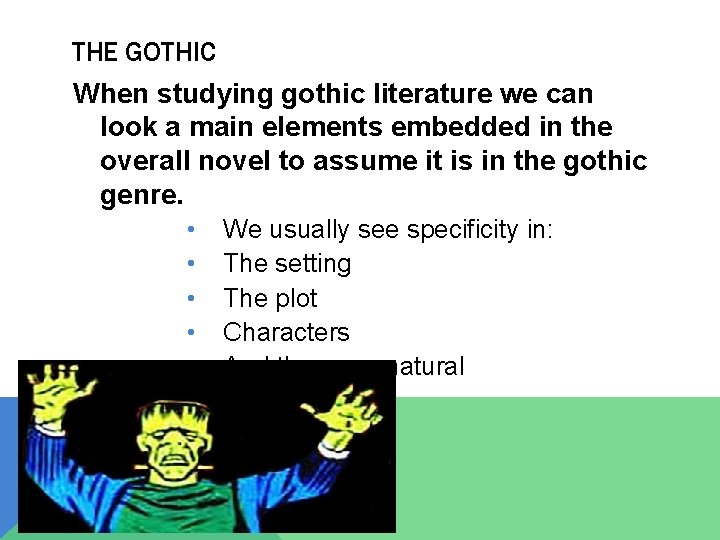 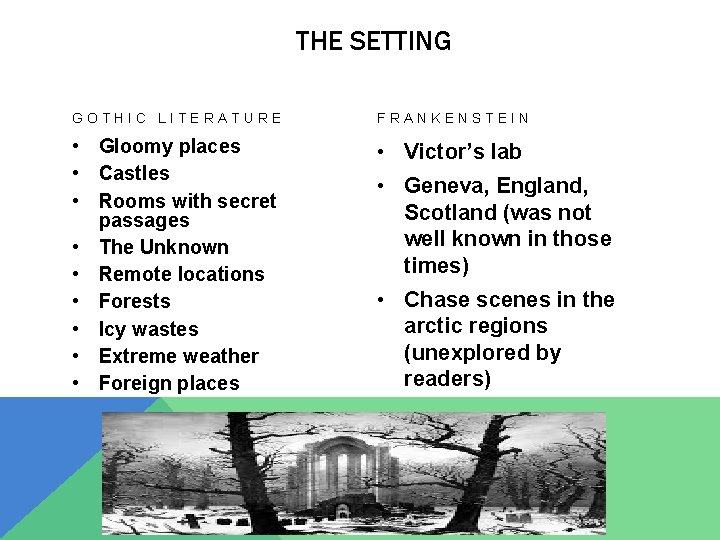 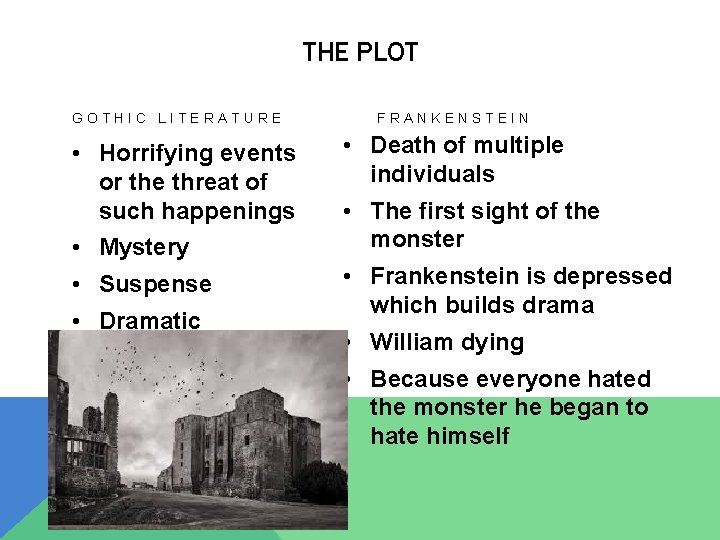 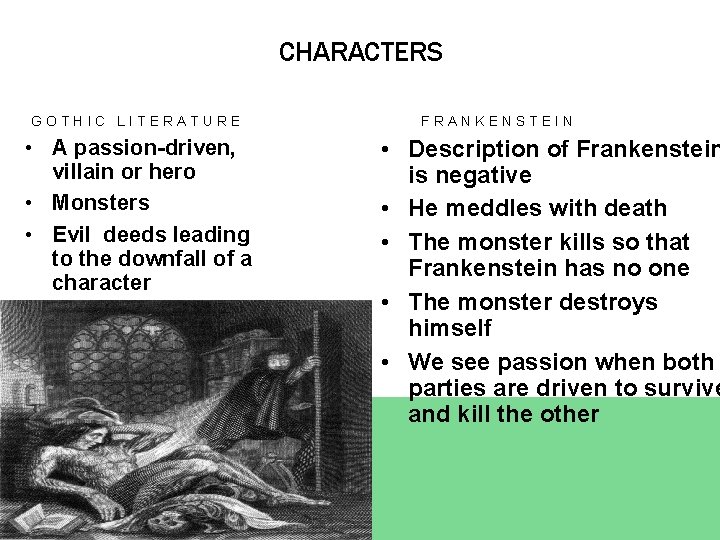 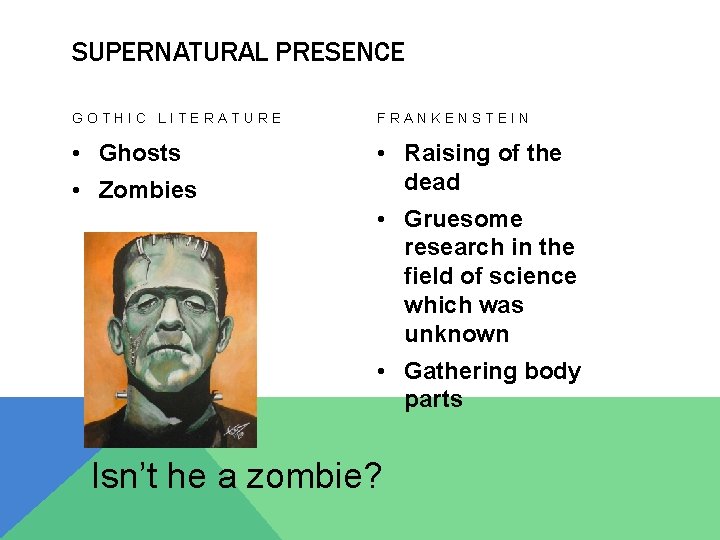 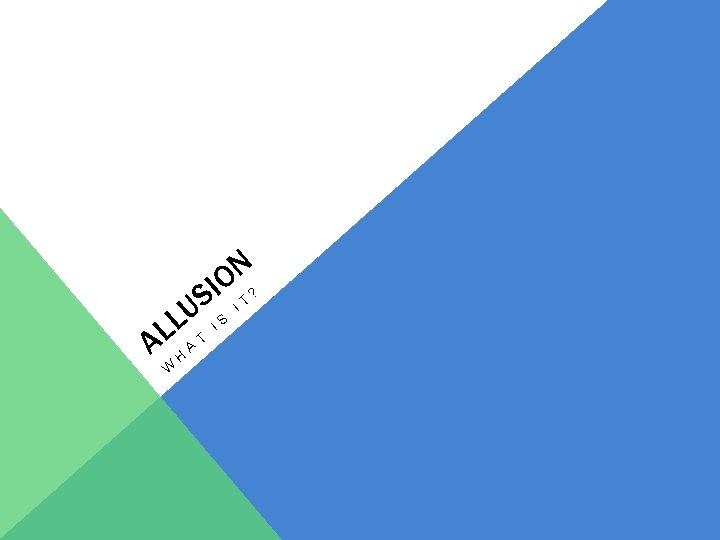 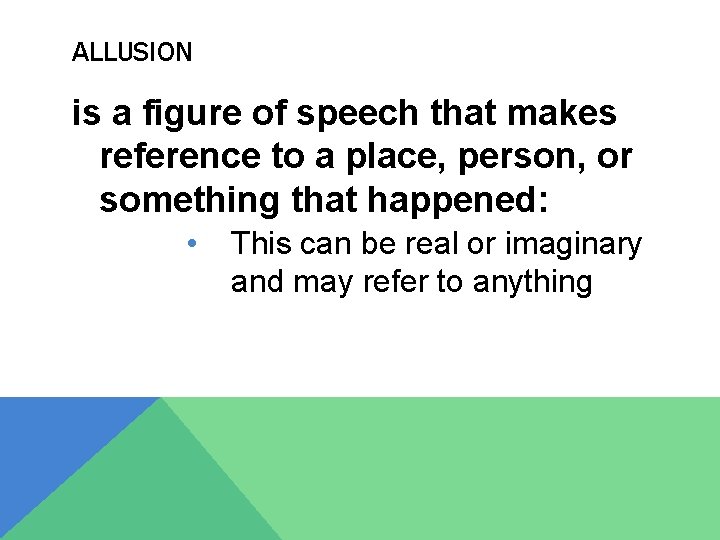 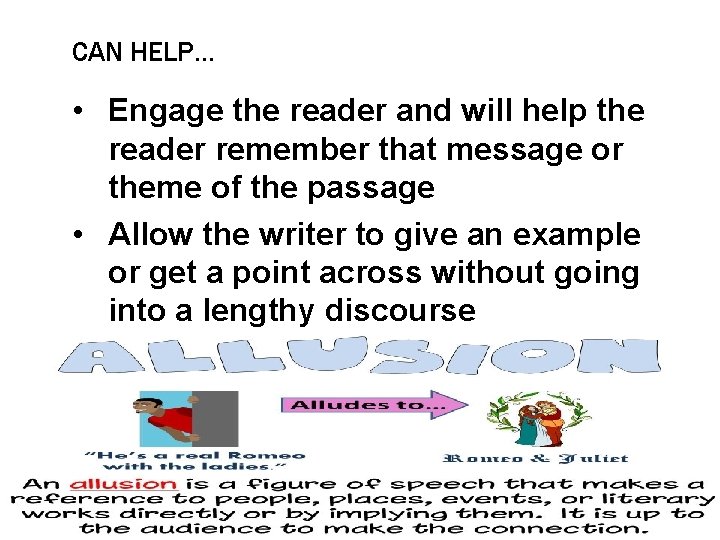 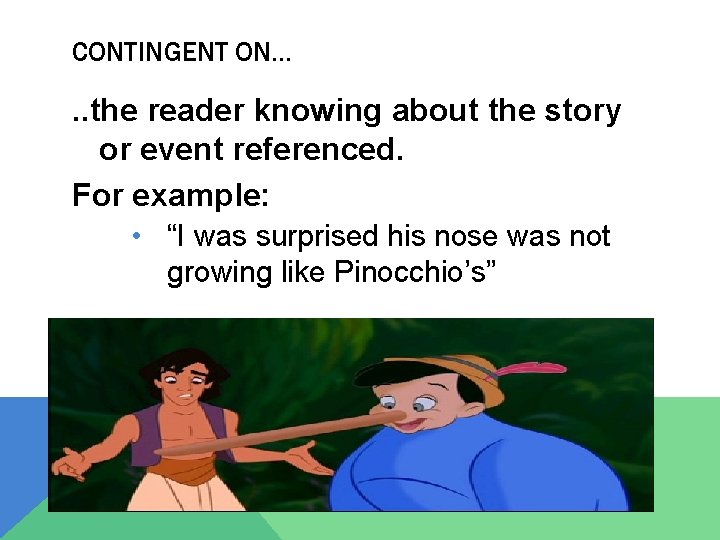 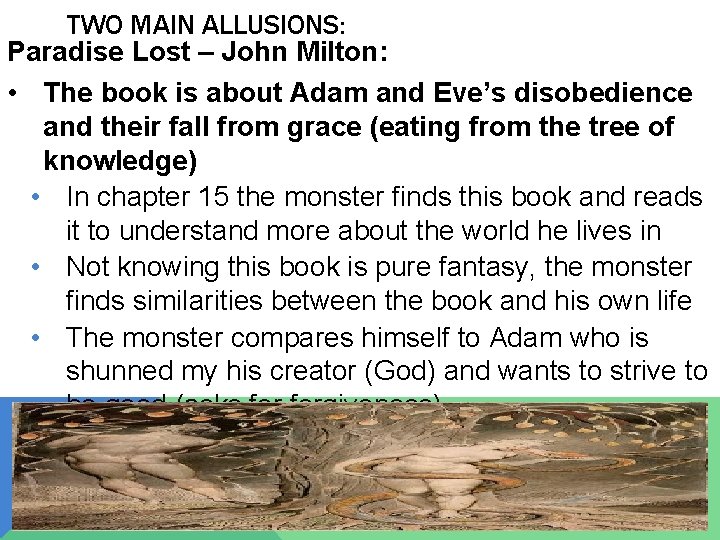 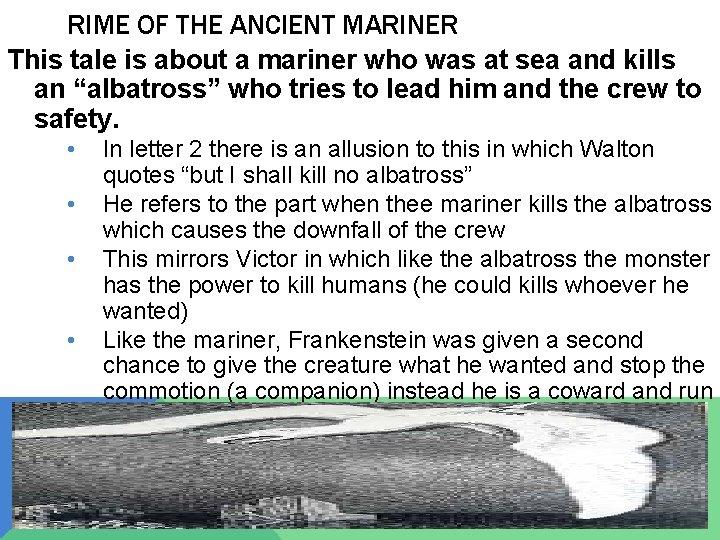 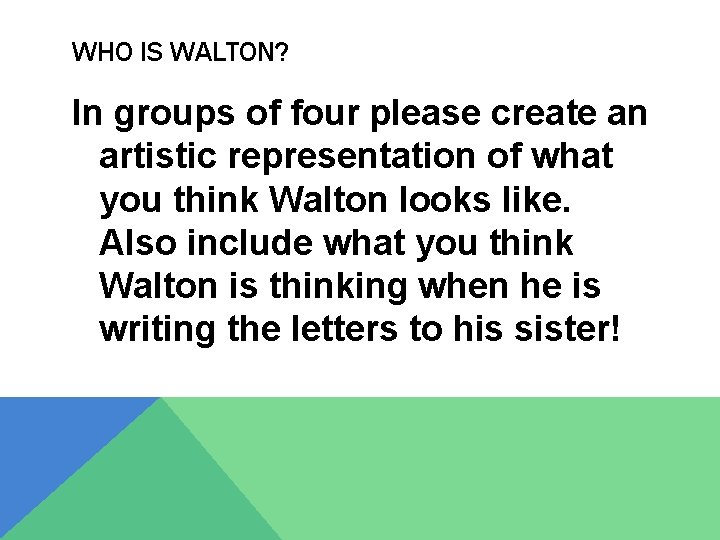 THE GOTHIC When studying gothic literature we can look a main elements embedded in the overall novel to assume it is in the gothic genre. • • • We usually see specificity in: The setting The plot Characters And the supernatural

CHARACTERS GOTHIC LITERATURE • A passion-driven, villain or hero • Monsters • Evil deeds leading to the downfall of a character FRANKENSTEIN • Description of Frankenstein is negative • He meddles with death • The monster kills so that Frankenstein has no one • The monster destroys himself • We see passion when both parties are driven to survive and kill the other

SUPERNATURAL PRESENCE GOTHIC LITERATURE FRANKENSTEIN • Ghosts • Raising of the dead • Zombies • Gruesome research in the field of science which was unknown • Gathering body parts Isn’t he a zombie?

ALLUSION is a figure of speech that makes reference to a place, person, or something that happened: • This can be real or imaginary and may refer to anything

CONTINGENT ON… . . the reader knowing about the story or event referenced. For example: • “I was surprised his nose was not growing like Pinocchio’s”

TWO MAIN ALLUSIONS: Paradise Lost – John Milton: • The book is about Adam and Eve’s disobedience and their fall from grace (eating from the tree of knowledge) • In chapter 15 the monster finds this book and reads it to understand more about the world he lives in • Not knowing this book is pure fantasy, the monster finds similarities between the book and his own life • The monster compares himself to Adam who is shunned my his creator (God) and wants to strive to be good (asks forgiveness)

RIME OF THE ANCIENT MARINER This tale is about a mariner who was at sea and kills an “albatross” who tries to lead him and the crew to safety. • • In letter 2 there is an allusion to this in which Walton quotes “but I shall kill no albatross” He refers to the part when thee mariner kills the albatross which causes the downfall of the crew This mirrors Victor in which like the albatross the monster has the power to kill humans (he could kills whoever he wanted) Like the mariner, Frankenstein was given a second chance to give the creature what he wanted and stop the commotion (a companion) instead he is a coward and run away