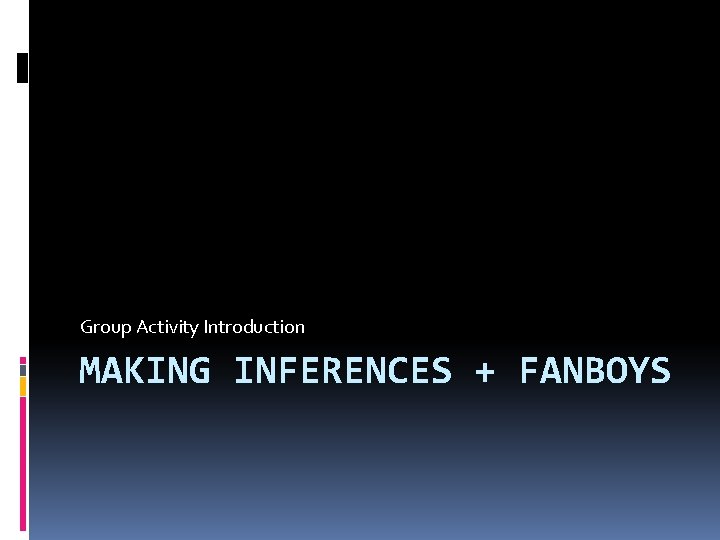 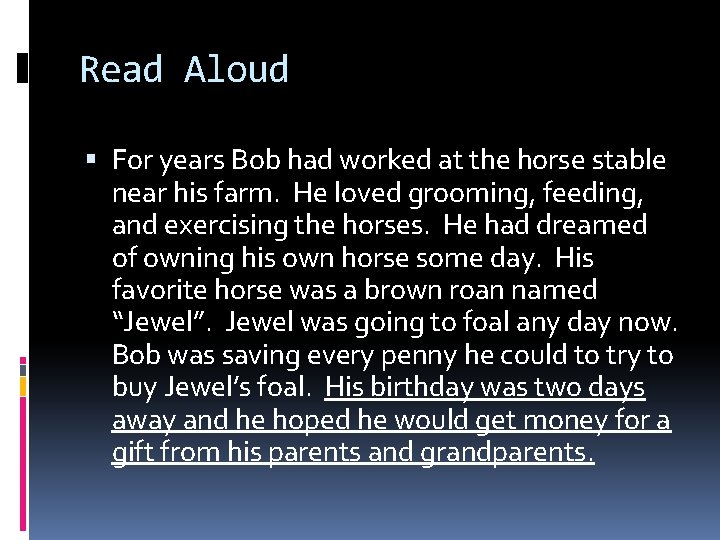 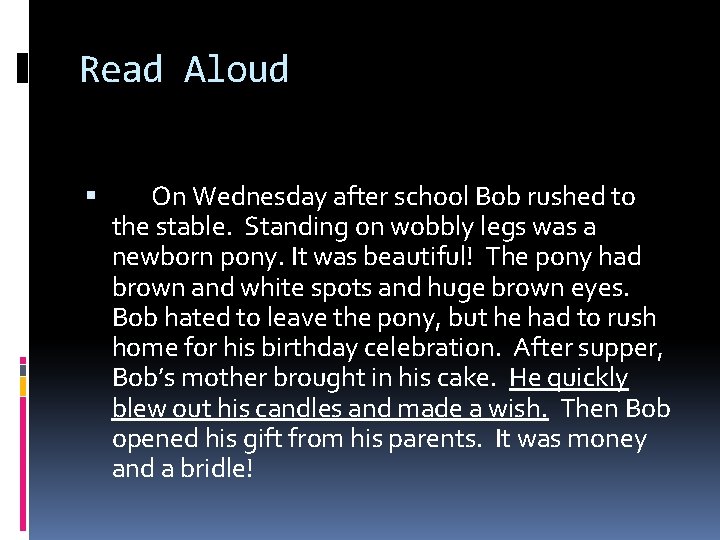 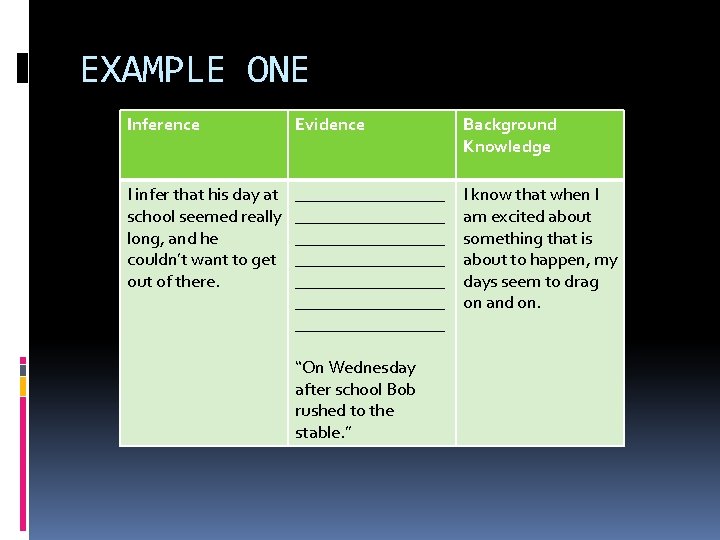 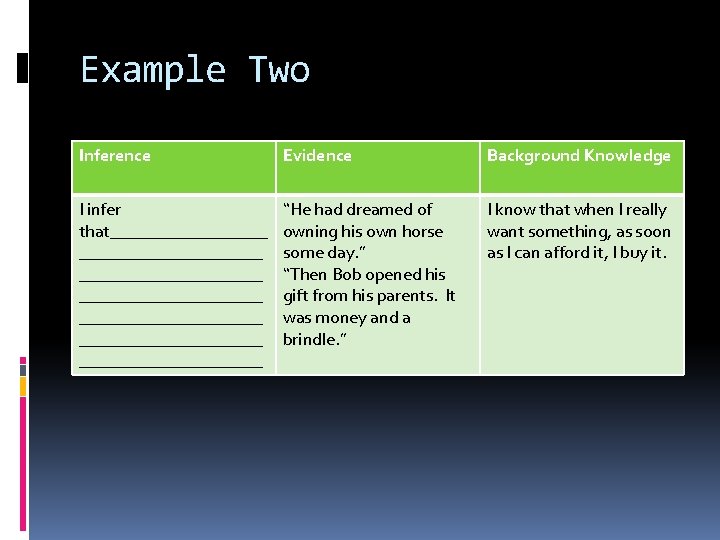 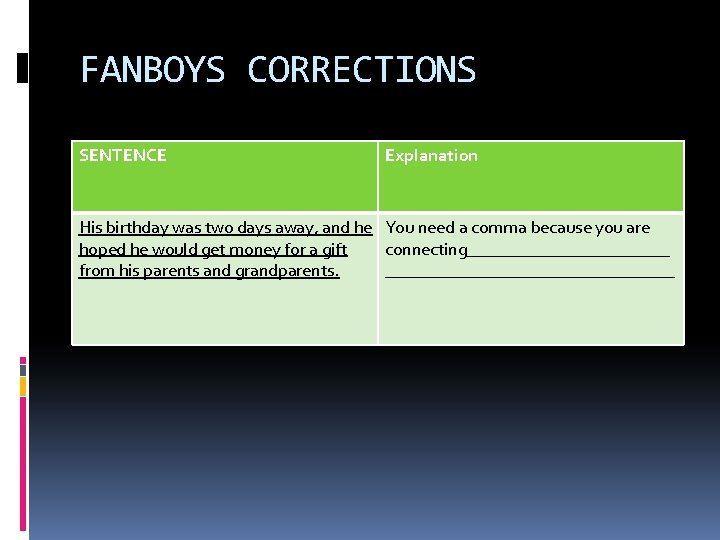 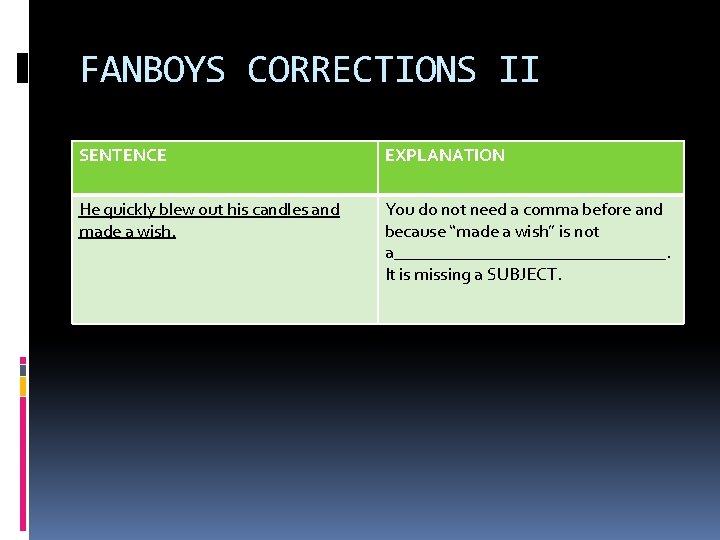 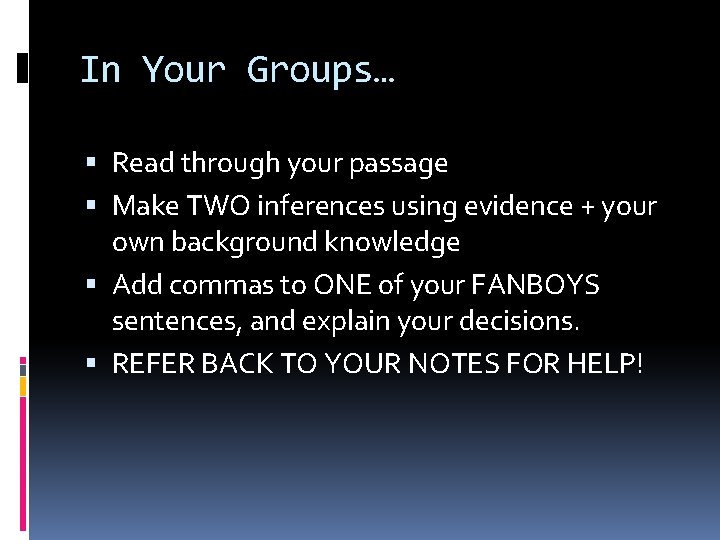 Read Aloud For years Bob had worked at the horse stable near his farm. He loved grooming, feeding, and exercising the horses. He had dreamed of owning his own horse some day. His favorite horse was a brown roan named “Jewel”. Jewel was going to foal any day now. Bob was saving every penny he could to try to buy Jewel’s foal. His birthday was two days away and he hoped he would get money for a gift from his parents and grandparents.

Read Aloud On Wednesday after school Bob rushed to the stable. Standing on wobbly legs was a newborn pony. It was beautiful! The pony had brown and white spots and huge brown eyes. Bob hated to leave the pony, but he had to rush home for his birthday celebration. After supper, Bob’s mother brought in his cake. He quickly blew out his candles and made a wish. Then Bob opened his gift from his parents. It was money and a bridle!

EXAMPLE ONE Inference Evidence Background Knowledge I infer that his day at school seemed really long, and he couldn’t want to get out of there. _________________ _________________ I know that when I am excited about something that is about to happen, my days seem to drag on and on. “On Wednesday after school Bob rushed to the stable. ”

FANBOYS CORRECTIONS SENTENCE Explanation His birthday was two days away, and he You need a comma because you are hoped he would get money for a gift connecting____________ from his parents and grandparents. _________________

FANBOYS CORRECTIONS II SENTENCE EXPLANATION He quickly blew out his candles and made a wish. You do not need a comma before and because “made a wish” is not a________________. It is missing a SUBJECT.

In Your Groups… Read through your passage Make TWO inferences using evidence + your own background knowledge Add commas to ONE of your FANBOYS sentences, and explain your decisions. REFER BACK TO YOUR NOTES FOR HELP! 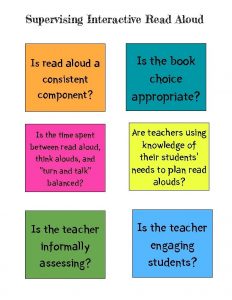 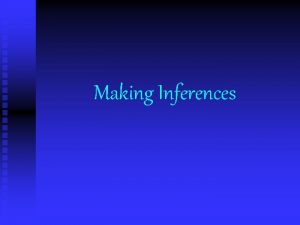 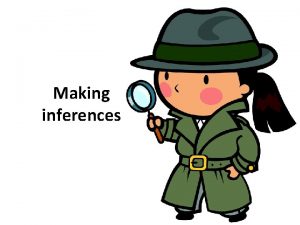 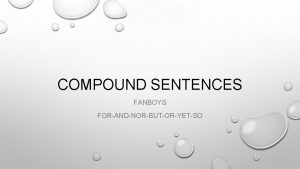 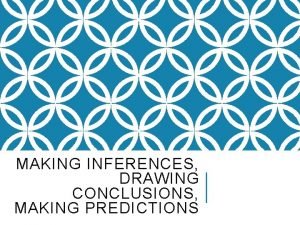 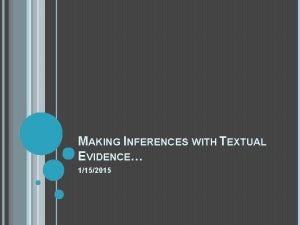 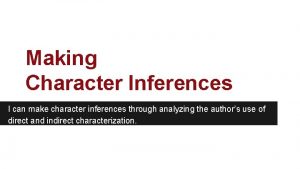