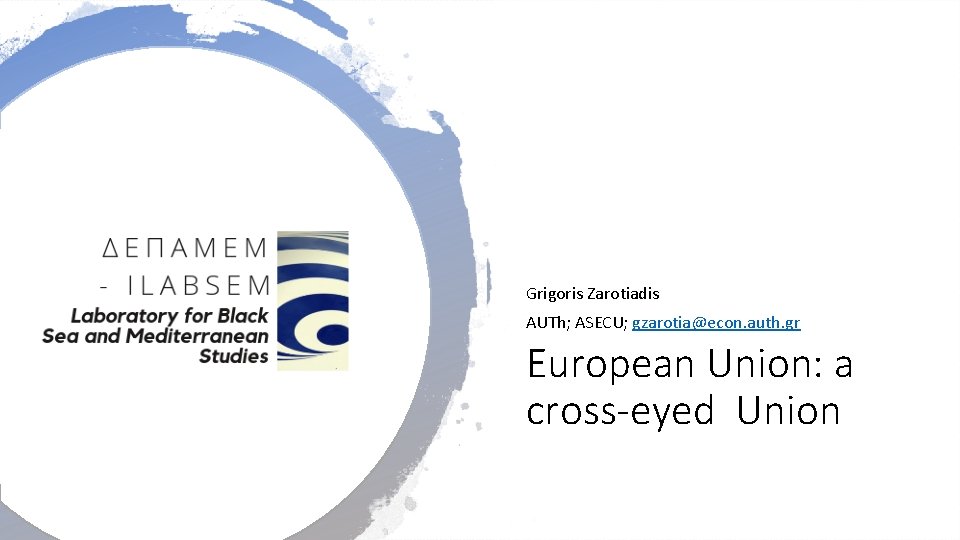 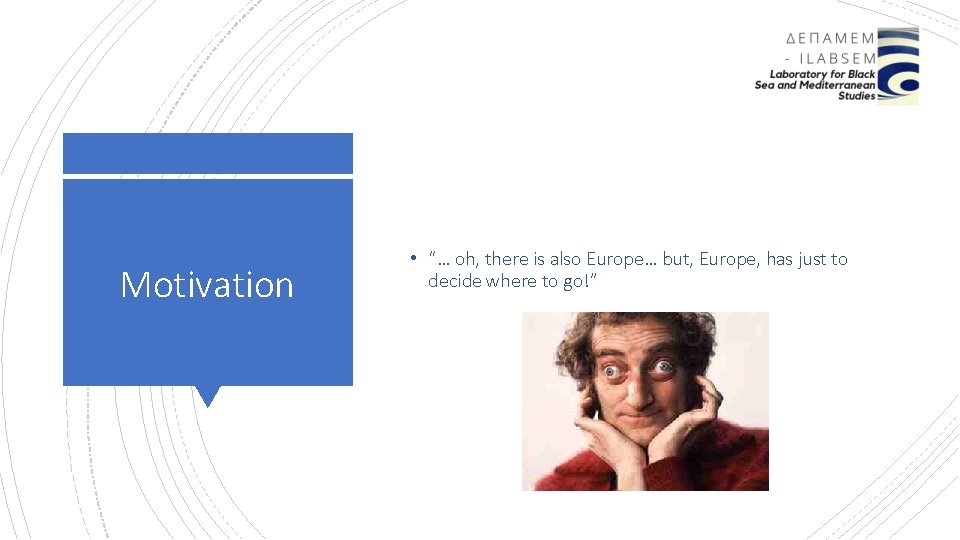 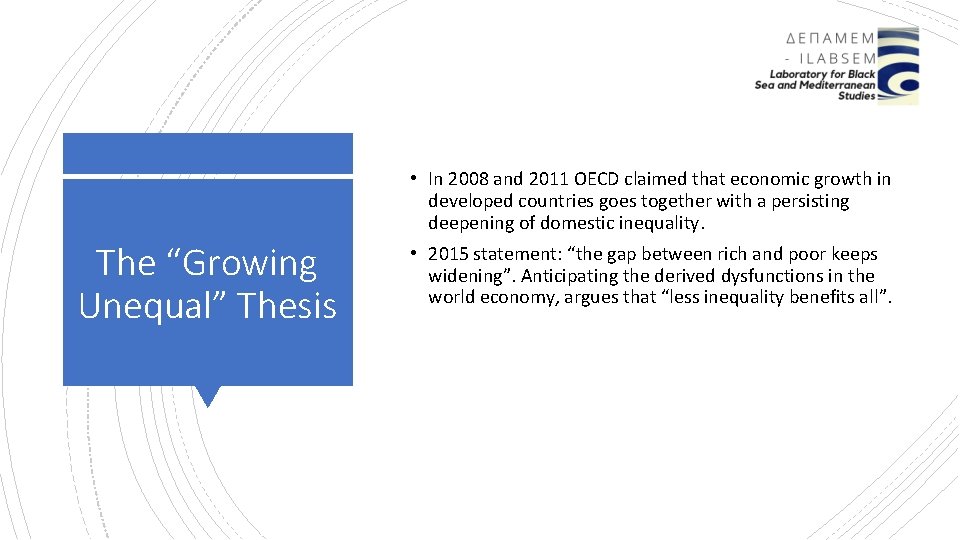 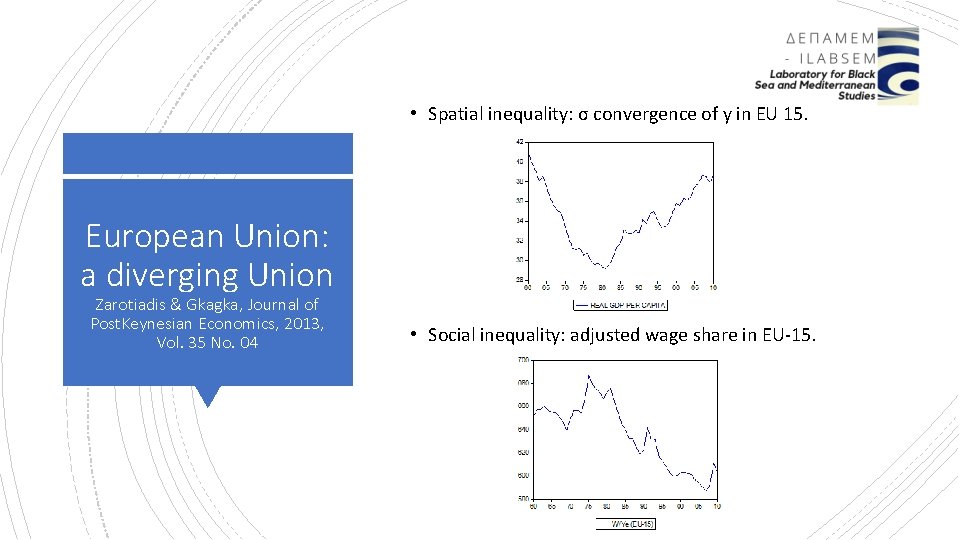 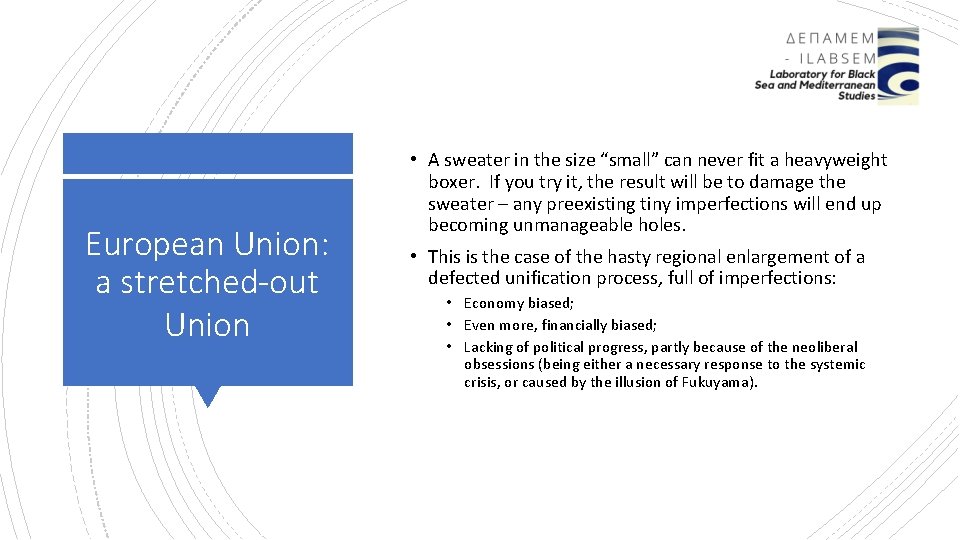 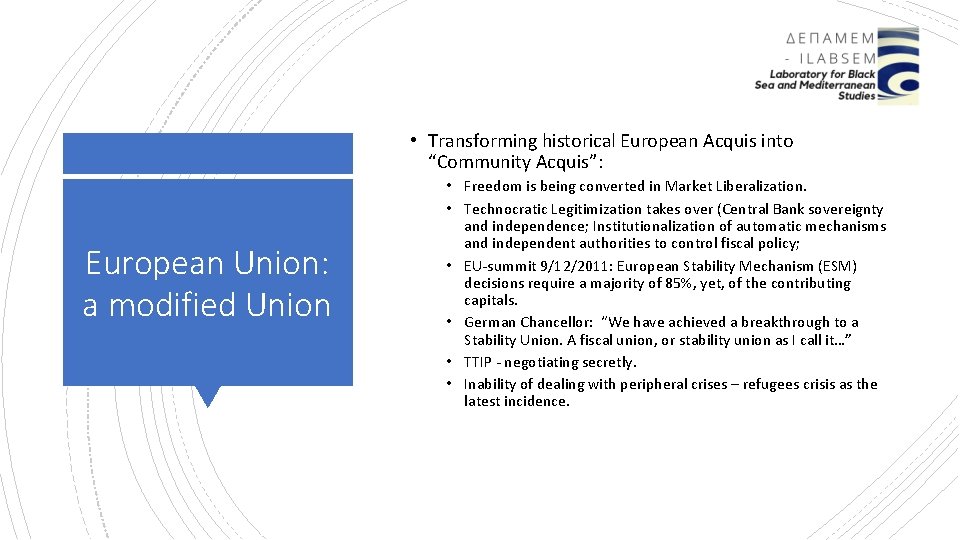 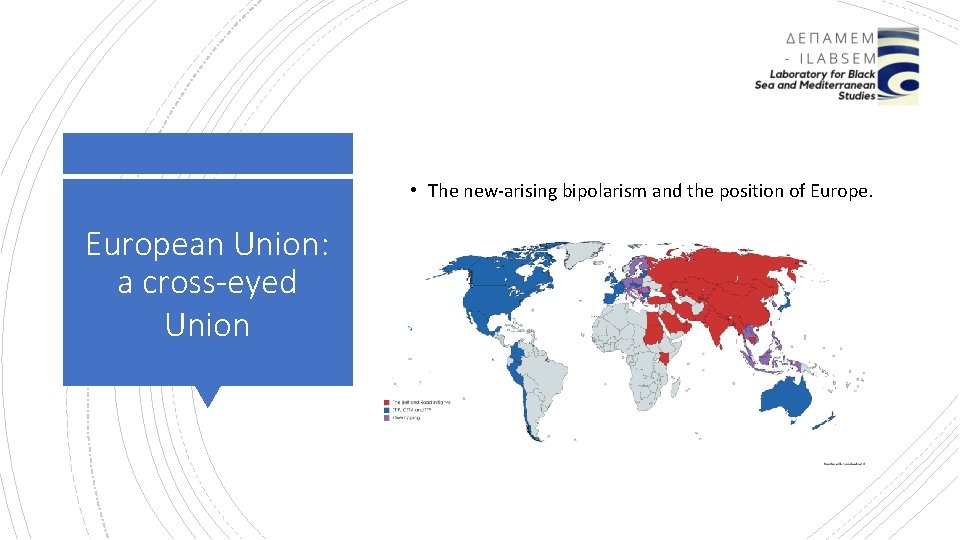 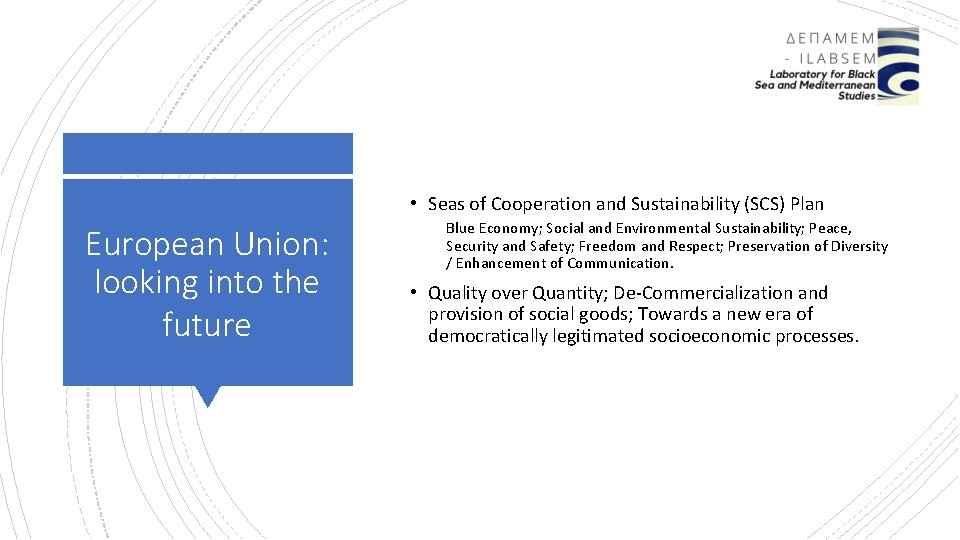 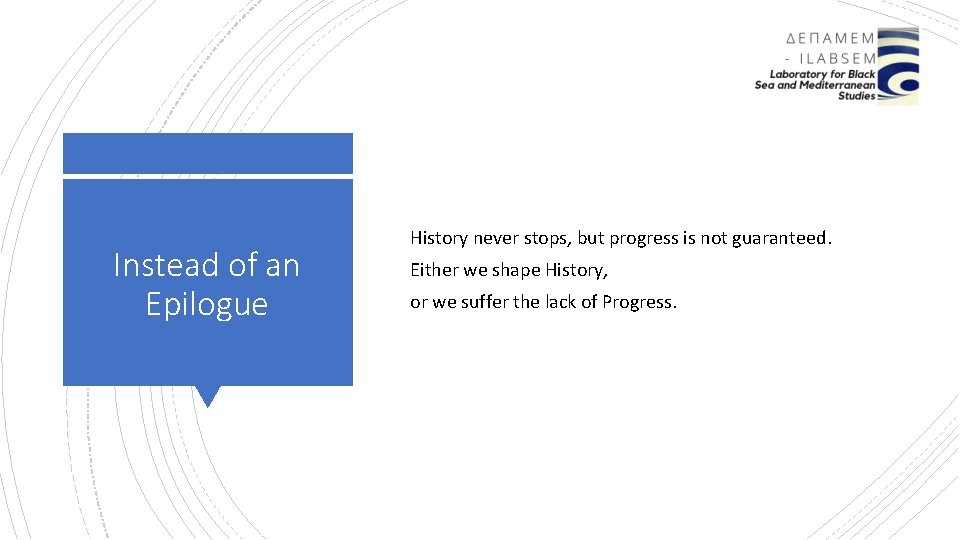 Motivation • “… oh, there is also Europe… but, Europe, has just to decide where to go!”

• In 2008 and 2011 OECD claimed that economic growth in developed countries goes together with a persisting deepening of domestic inequality. The “Growing Unequal” Thesis • 2015 statement: “the gap between rich and poor keeps widening”. Anticipating the derived dysfunctions in the world economy, argues that “less inequality benefits all”.

European Union: a stretched-out Union • A sweater in the size “small” can never fit a heavyweight boxer. If you try it, the result will be to damage the sweater – any preexisting tiny imperfections will end up becoming unmanageable holes. • This is the case of the hasty regional enlargement of a defected unification process, full of imperfections: • Economy biased; • Even more, financially biased; • Lacking of political progress, partly because of the neoliberal obsessions (being either a necessary response to the systemic crisis, or caused by the illusion of Fukuyama).

• Transforming historical European Acquis into “Community Acquis”: European Union: a modified Union • Freedom is being converted in Market Liberalization. • Technocratic Legitimization takes over (Central Bank sovereignty and independence; Institutionalization of automatic mechanisms and independent authorities to control fiscal policy; • EU-summit 9/12/2011: European Stability Mechanism (ESM) decisions require a majority of 85%, yet, of the contributing capitals. • German Chancellor: “We have achieved a breakthrough to a Stability Union. A fiscal union, or stability union as I call it…” • TTIP - negotiating secretly. • Inability of dealing with peripheral crises – refugees crisis as the latest incidence.

• The new-arising bipolarism and the position of European Union: a cross-eyed Union

• Seas of Cooperation and Sustainability (SCS) Plan European Union: looking into the future Blue Economy; Social and Environmental Sustainability; Peace, Security and Safety; Freedom and Respect; Preservation of Diversity / Enhancement of Communication. • Quality over Quantity; De-Commercialization and provision of social goods; Towards a new era of democratically legitimated socioeconomic processes.

Instead of an Epilogue History never stops, but progress is not guaranteed. Either we shape History, or we suffer the lack of Progress. 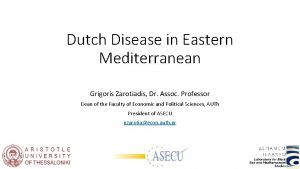 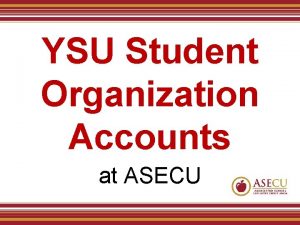 YSU Student Organization Accounts at ASECU What is 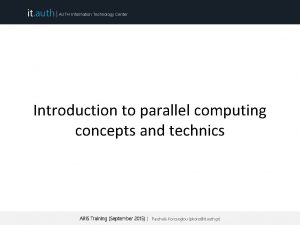 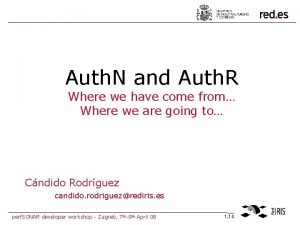 Auth N and Auth R Where we have 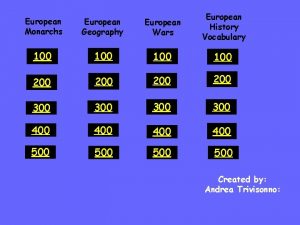 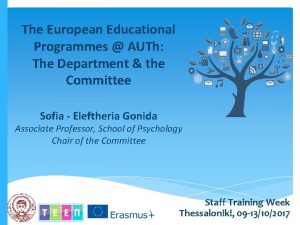 The European Educational Programmes AUTh The Department the 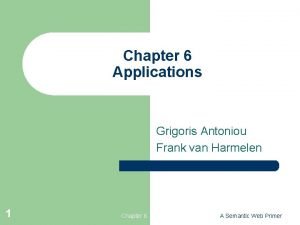 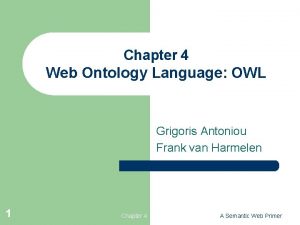