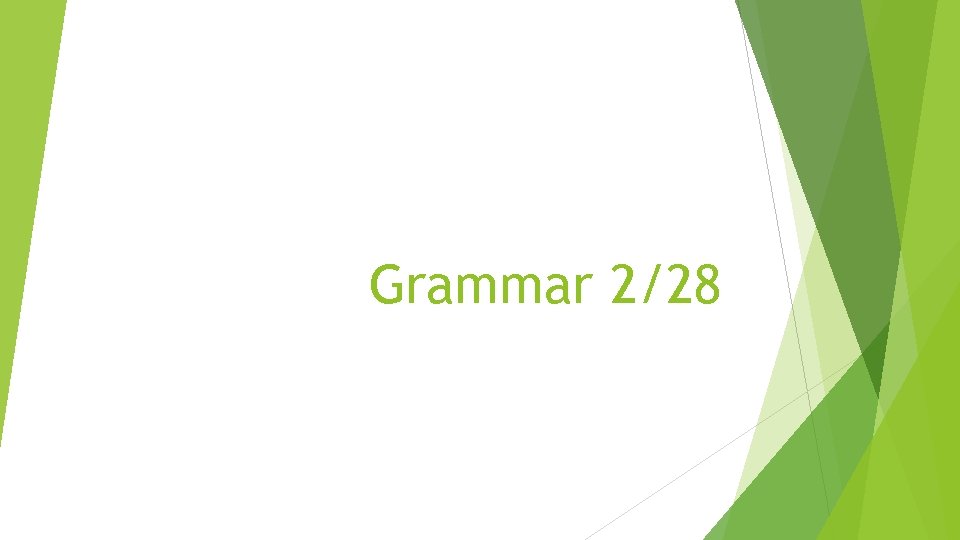 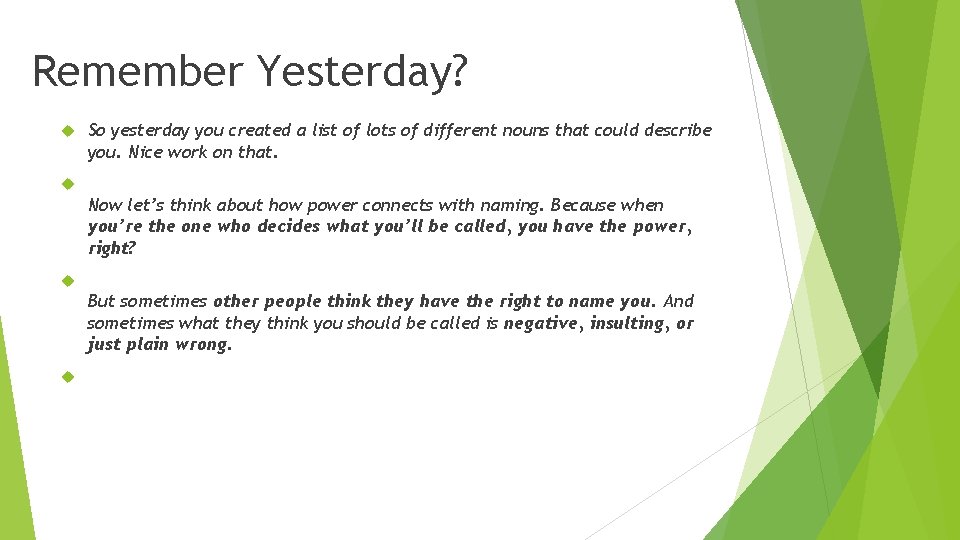 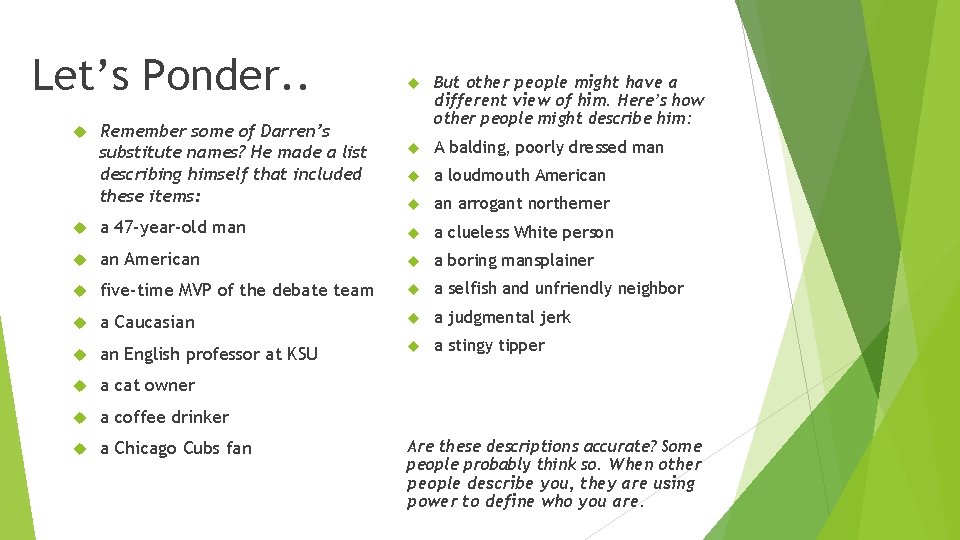 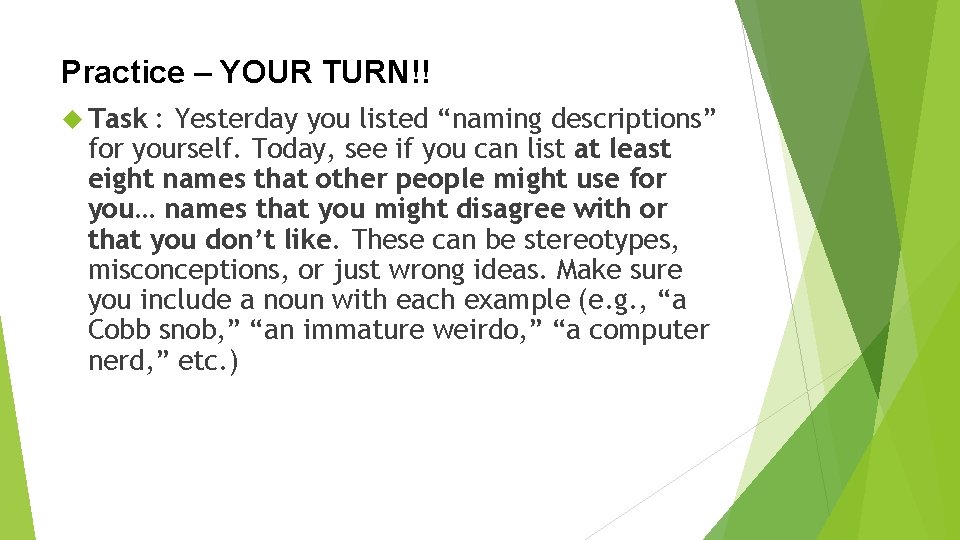 Remember Yesterday? So yesterday you created a list of lots of different nouns that could describe you. Nice work on that. Now let’s think about how power connects with naming. Because when you’re the one who decides what you’ll be called, you have the power, right? But sometimes other people think they have the right to name you. And sometimes what they think you should be called is negative, insulting, or just plain wrong.

Let’s Ponder. . Remember some of Darren’s substitute names? He made a list describing himself that included these items: But other people might have a different view of him. Here’s how other people might describe him: A balding, poorly dressed man a loudmouth American an arrogant northerner a 47 -year-old man a clueless White person an American a boring mansplainer five-time MVP of the debate team a selfish and unfriendly neighbor a Caucasian a judgmental jerk an English professor at KSU a stingy tipper a cat owner a coffee drinker a Chicago Cubs fan Are these descriptions accurate? Some people probably think so. When other people describe you, they are using power to define who you are.

Practice – YOUR TURN!! Task : Yesterday you listed “naming descriptions” for yourself. Today, see if you can list at least eight names that other people might use for you… names that you might disagree with or that you don’t like. These can be stereotypes, misconceptions, or just wrong ideas. Make sure you include a noun with each example (e. g. , “a Cobb snob, ” “an immature weirdo, ” “a computer nerd, ” etc. ) 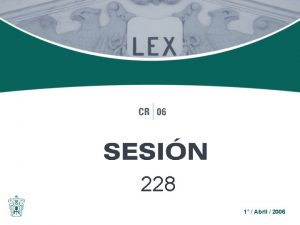 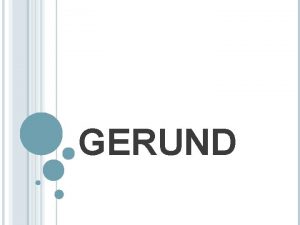 GERUND REMEMBER Remember to I didnt remember to 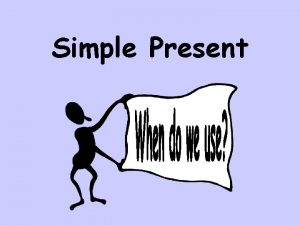