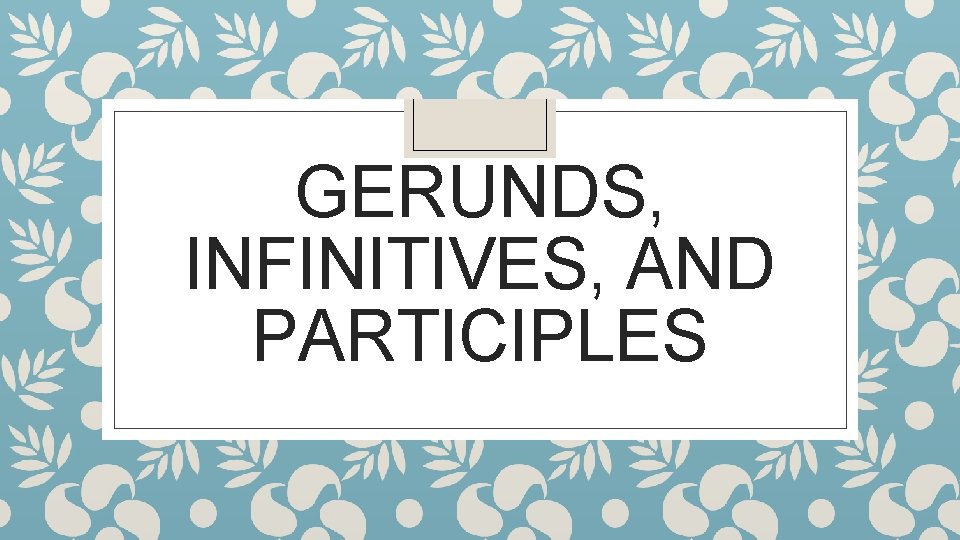 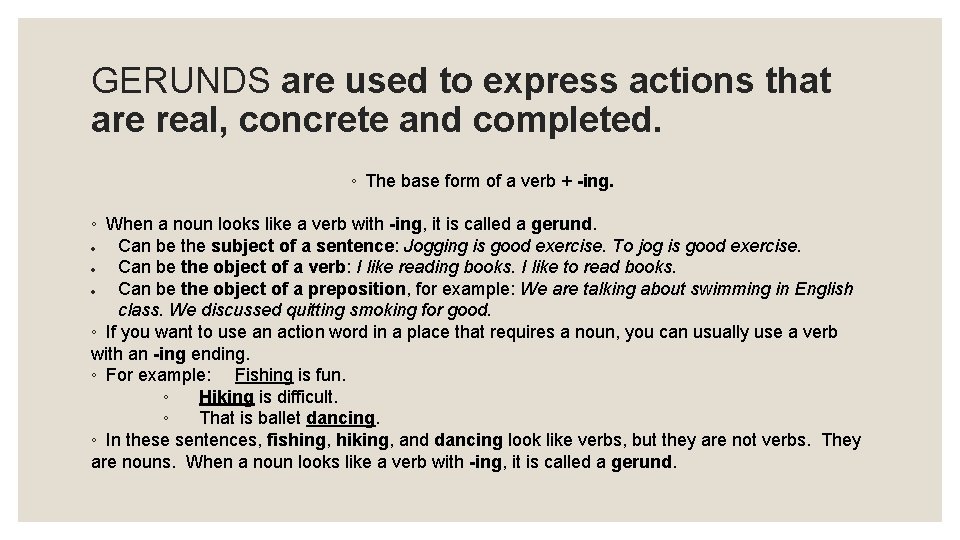 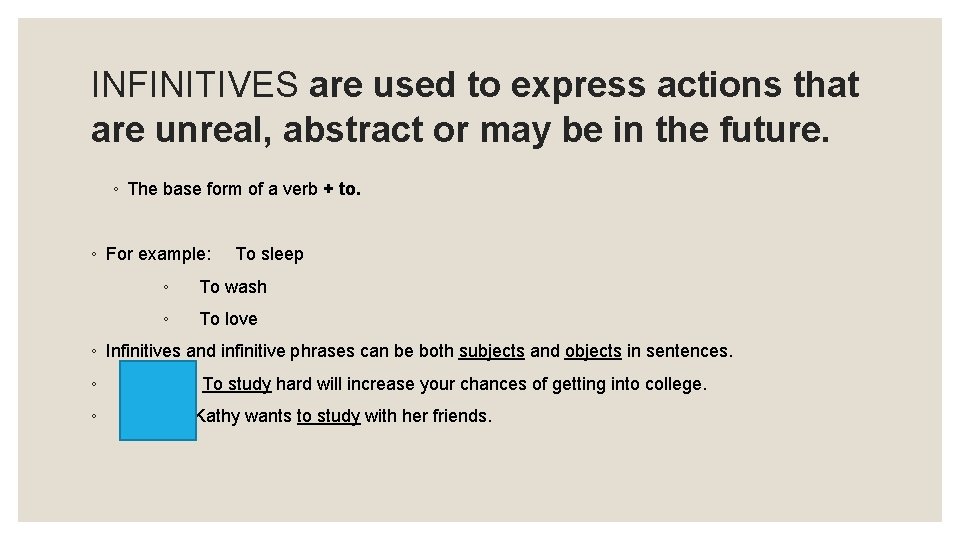 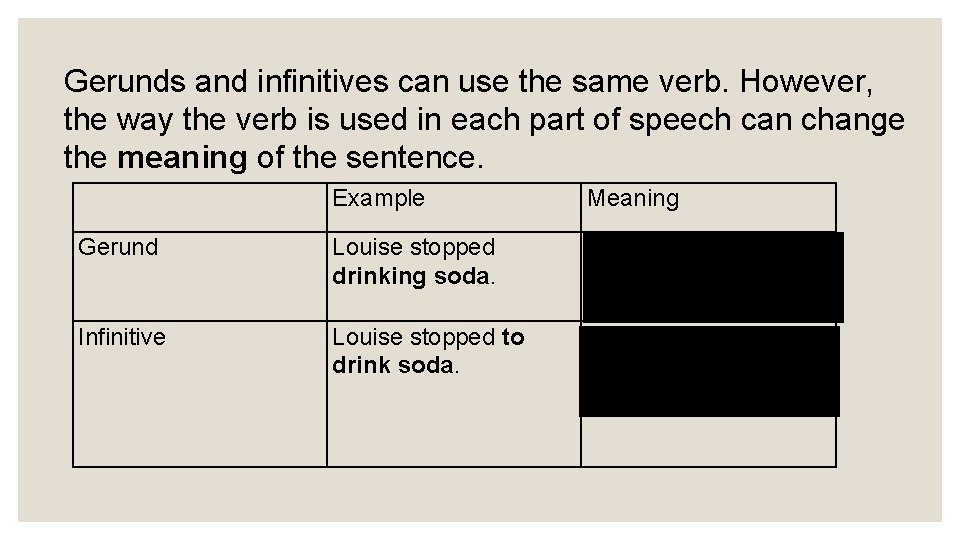 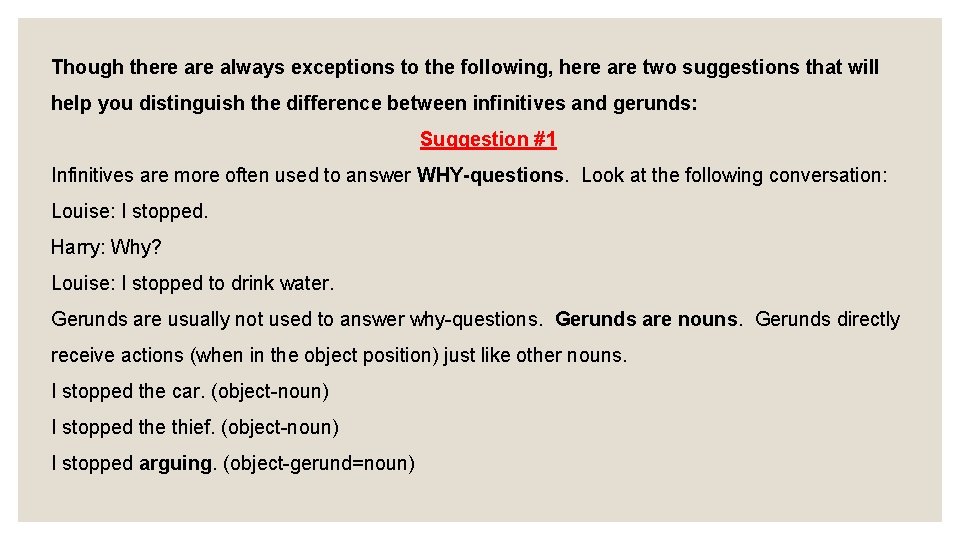 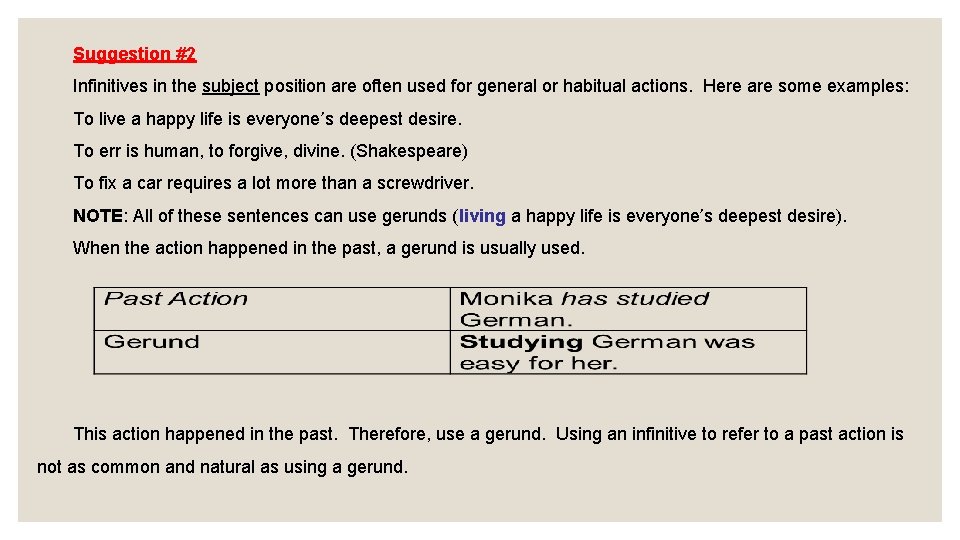 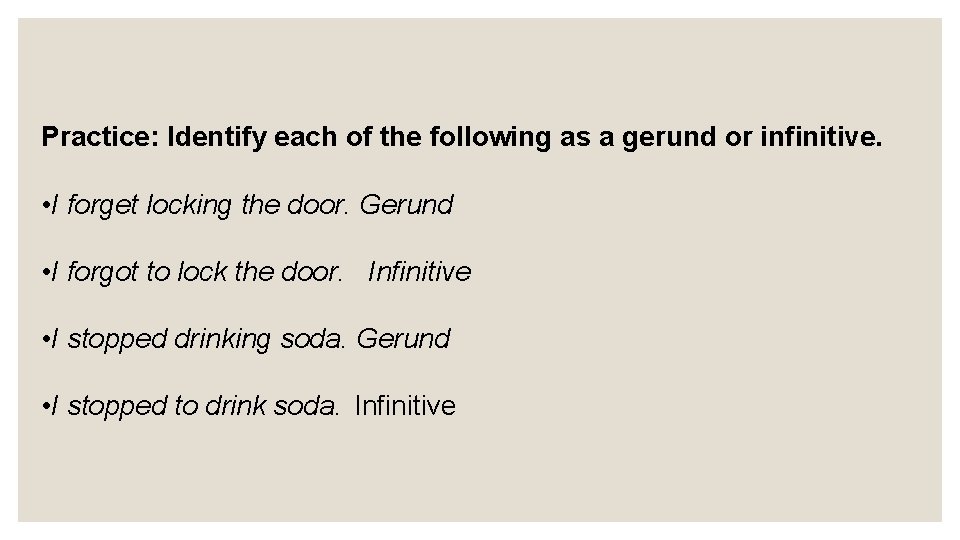 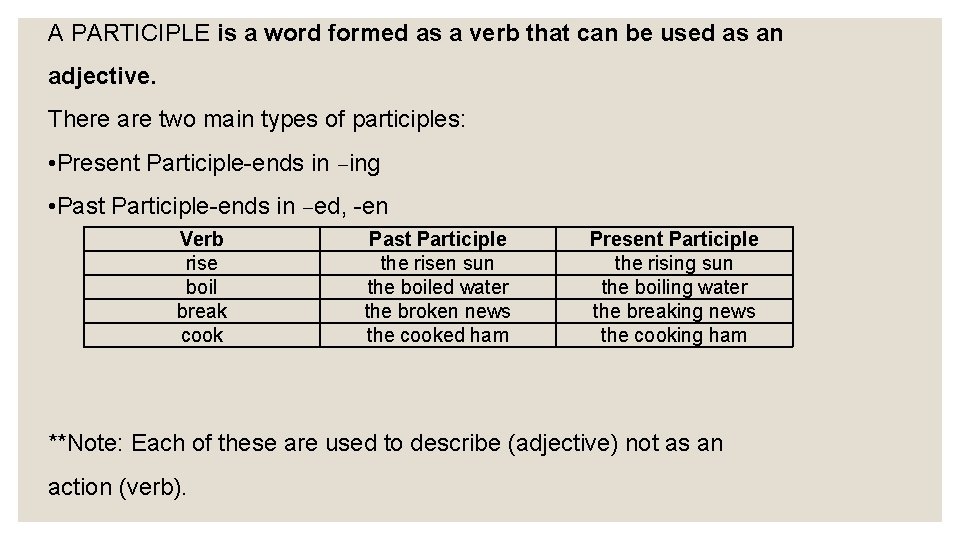 INFINITIVES are used to express actions that are unreal, abstract or may be in the future. ◦ The base form of a verb + to. ◦ For example: To sleep ◦ To wash ◦ To love ◦ Infinitives and infinitive phrases can be both subjects and objects in sentences. ◦ Subject: To study hard will increase your chances of getting into college. ◦ Object: Kathy wants to study with her friends.

Though there always exceptions to the following, here are two suggestions that will help you distinguish the difference between infinitives and gerunds: Suggestion #1 Infinitives are more often used to answer WHY-questions. Look at the following conversation: Louise: I stopped. Harry: Why? Louise: I stopped to drink water. Gerunds are usually not used to answer why-questions. Gerunds are nouns. Gerunds directly receive actions (when in the object position) just like other nouns. I stopped the car. (object-noun) I stopped the thief. (object-noun) I stopped arguing. (object-gerund=noun)

Suggestion #2 Infinitives in the subject position are often used for general or habitual actions. Here are some examples: To live a happy life is everyone’s deepest desire. To err is human, to forgive, divine. (Shakespeare) To fix a car requires a lot more than a screwdriver. NOTE: All of these sentences can use gerunds (living a happy life is everyone’s deepest desire). When the action happened in the past, a gerund is usually used. This action happened in the past. Therefore, use a gerund. Using an infinitive to refer to a past action is not as common and natural as using a gerund.

A PARTICIPLE is a word formed as a verb that can be used as an adjective. There are two main types of participles: • Present Participle-ends in –ing • Past Participle-ends in –ed, -en Verb rise boil break cook Past Participle the risen sun the boiled water the broken news the cooked ham Present Participle the rising sun the boiling water the breaking news the cooking ham **Note: Each of these are used to describe (adjective) not as an action (verb). 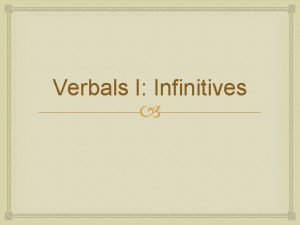 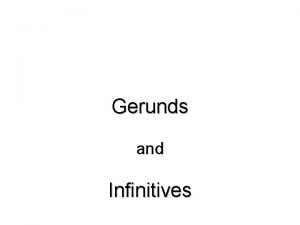 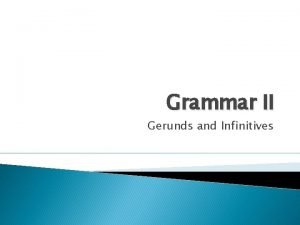 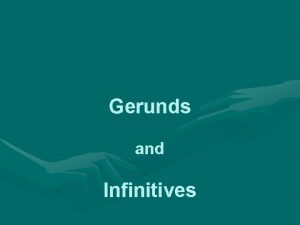 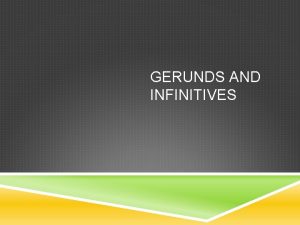 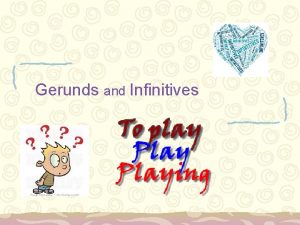 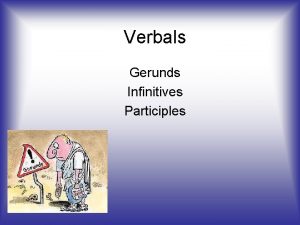