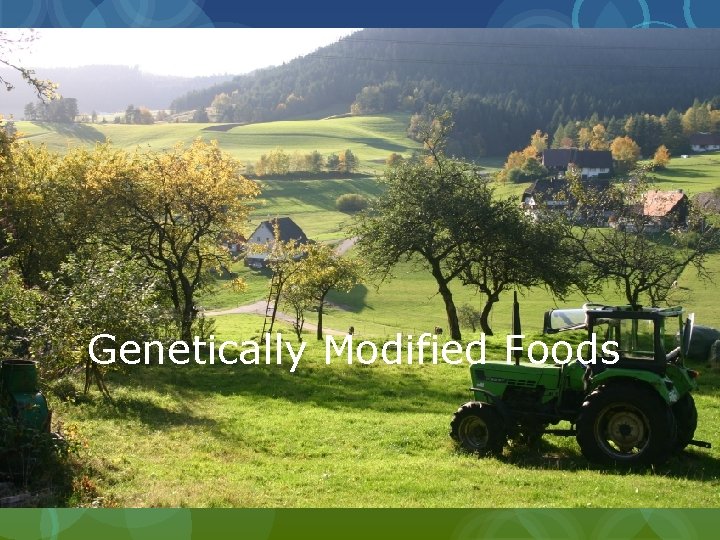 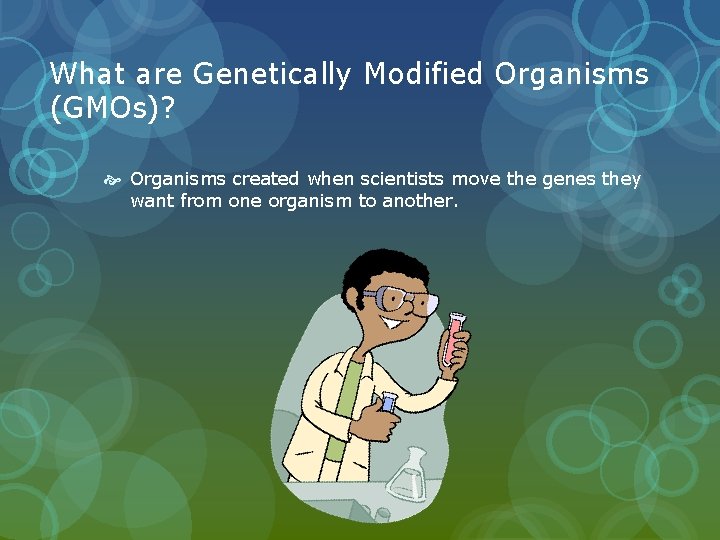 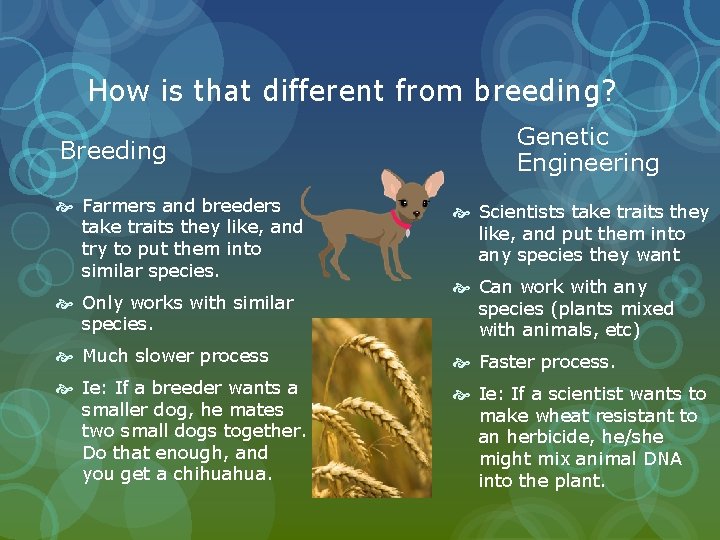 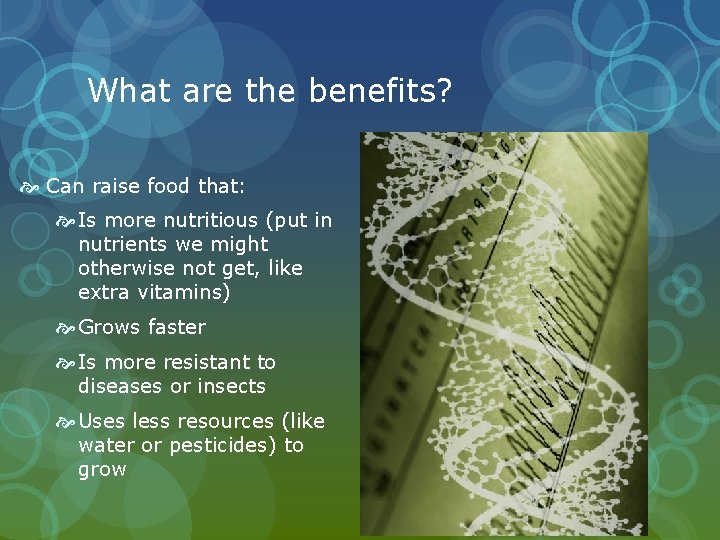 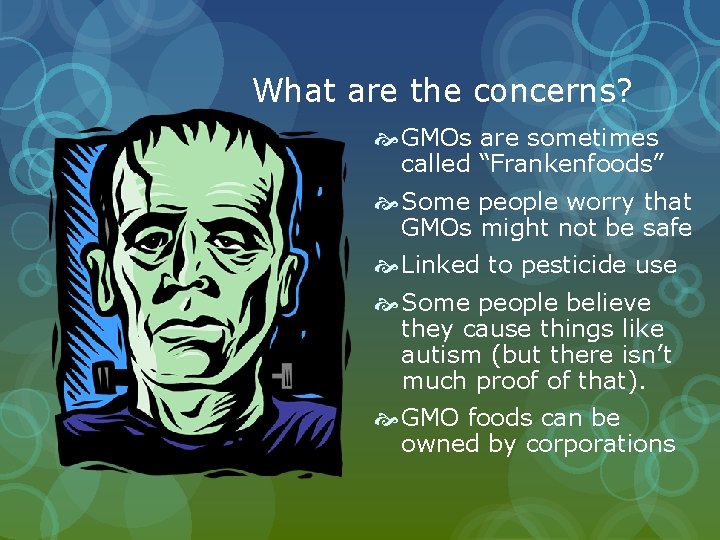 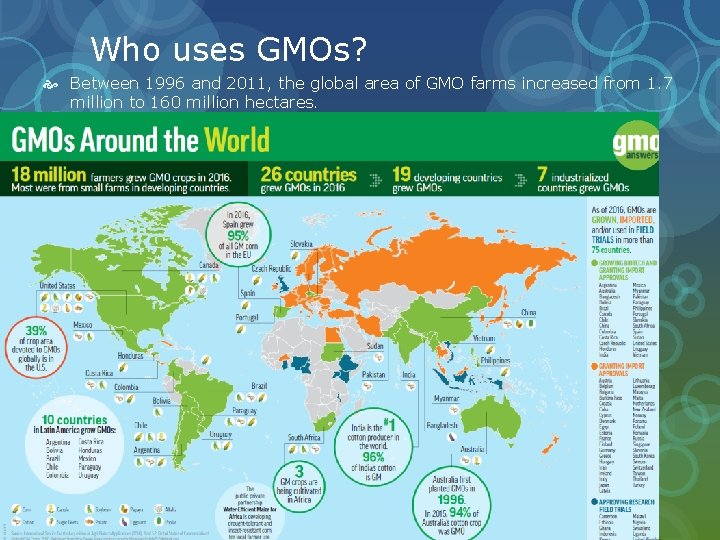 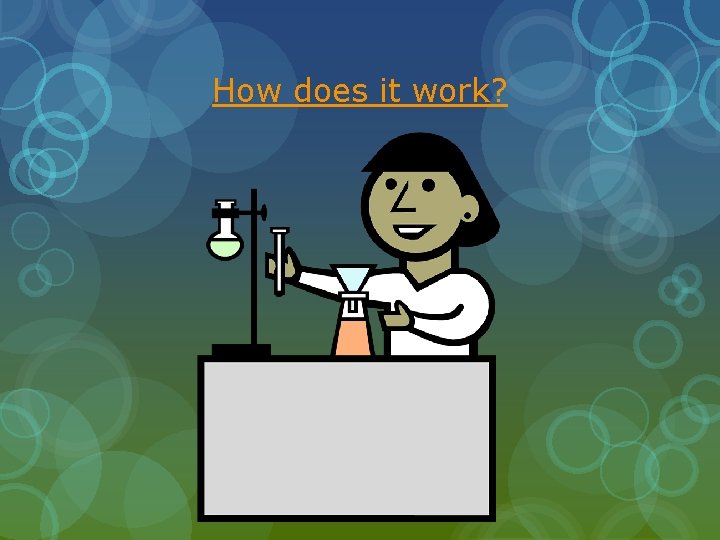 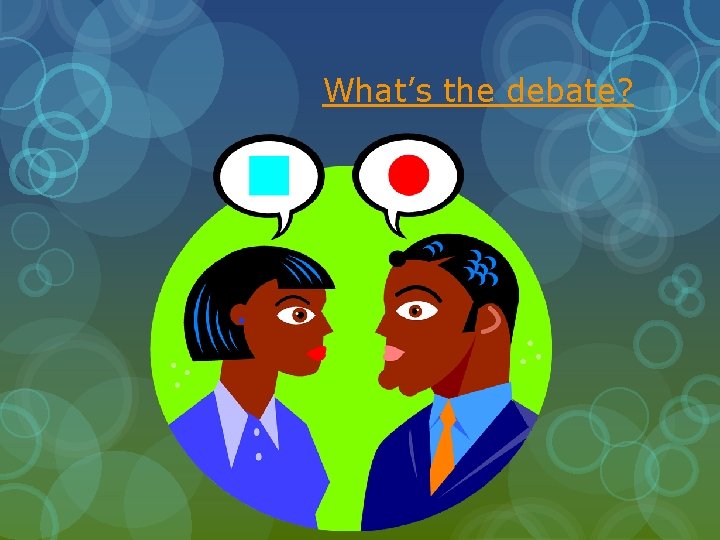 What are Genetically Modified Organisms (GMOs)? Organisms created when scientists move the genes they want from one organism to another.

How is that different from breeding? Breeding Farmers and breeders take traits they like, and try to put them into similar species. Genetic Engineering Scientists take traits they like, and put them into any species they want Only works with similar species. Can work with any species (plants mixed with animals, etc) Much slower process Faster process. Ie: If a breeder wants a smaller dog, he mates two small dogs together. Do that enough, and you get a chihuahua. Ie: If a scientist wants to make wheat resistant to an herbicide, he/she might mix animal DNA into the plant.

What are the benefits? Can raise food that: Is more nutritious (put in nutrients we might otherwise not get, like extra vitamins) Grows faster Is more resistant to diseases or insects Uses less resources (like water or pesticides) to grow

What are the concerns? GMOs are sometimes called “Frankenfoods” Some people worry that GMOs might not be safe Linked to pesticide use Some people believe they cause things like autism (but there isn’t much proof of that). GMO foods can be owned by corporations

How does it work? 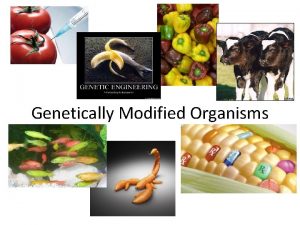 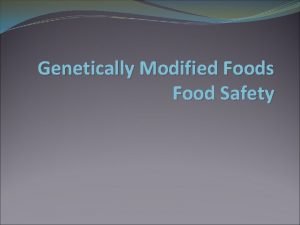 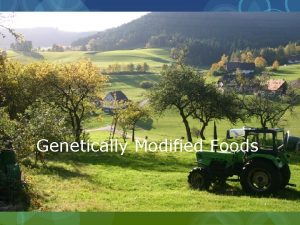 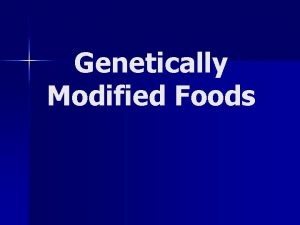 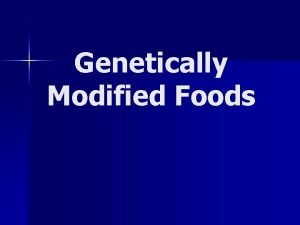 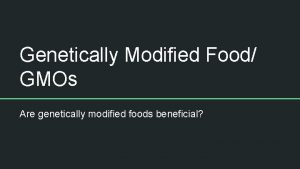 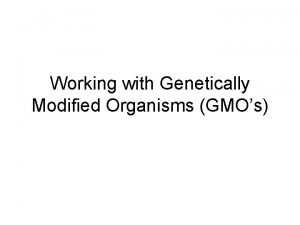