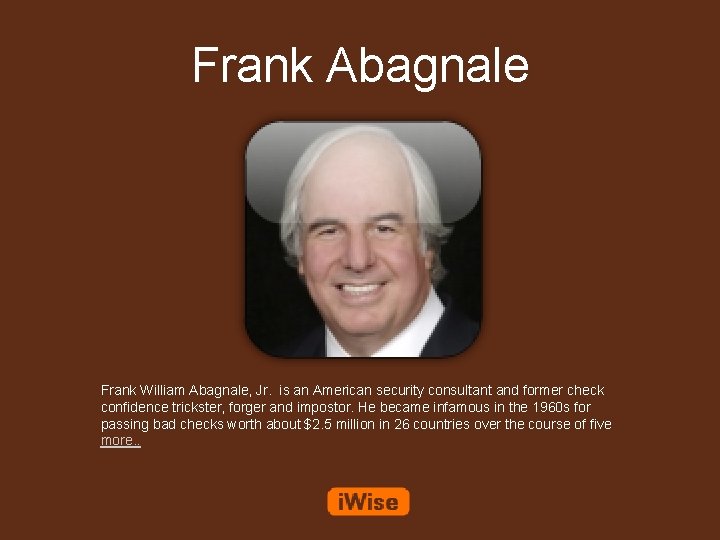 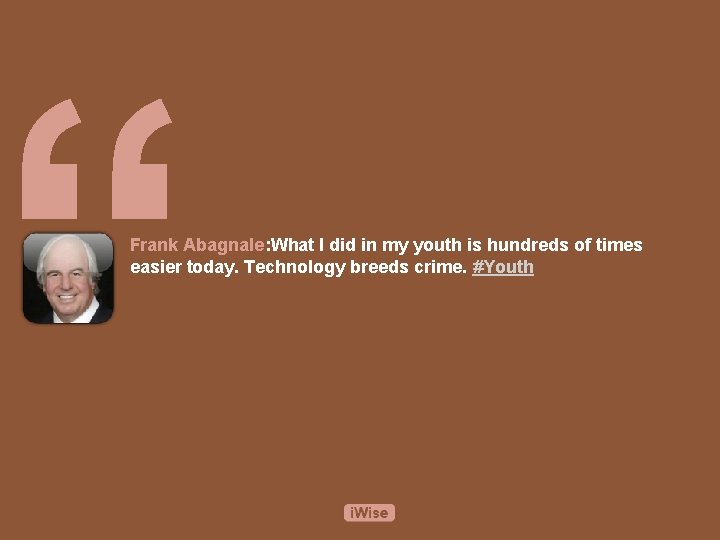 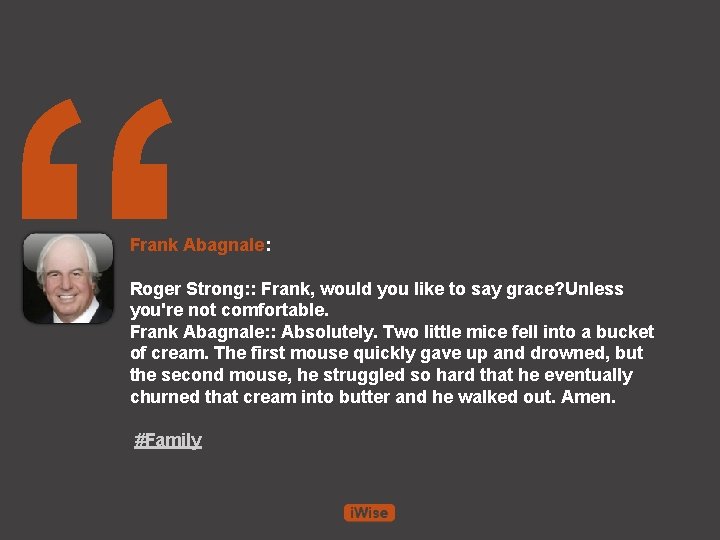 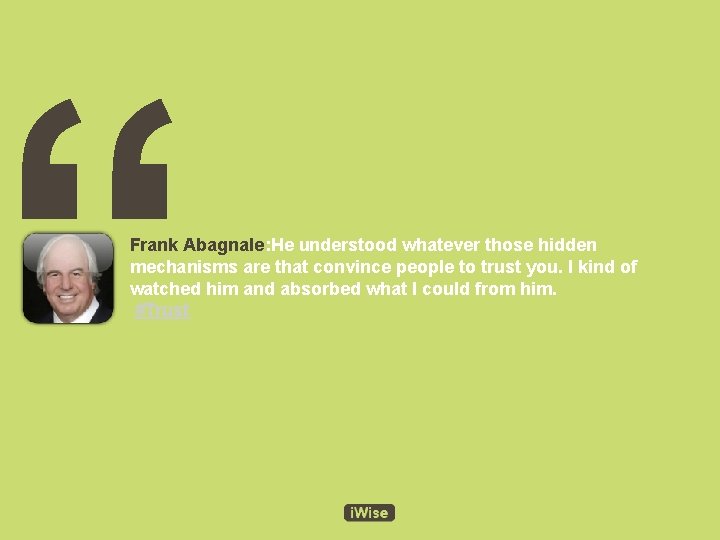 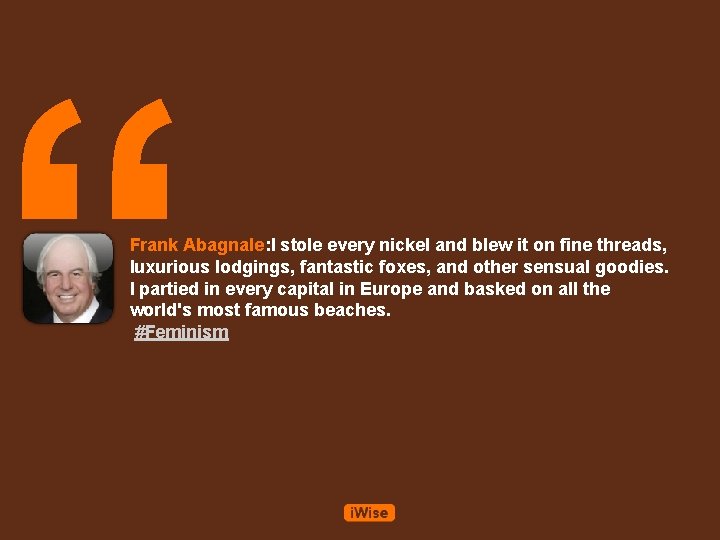 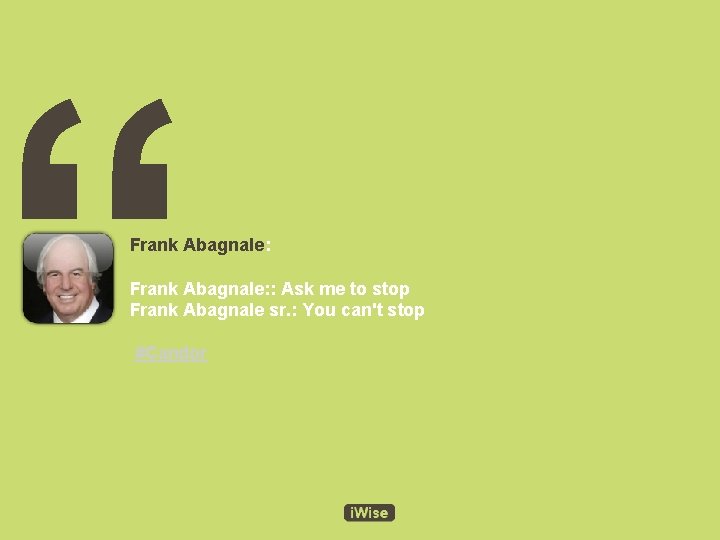 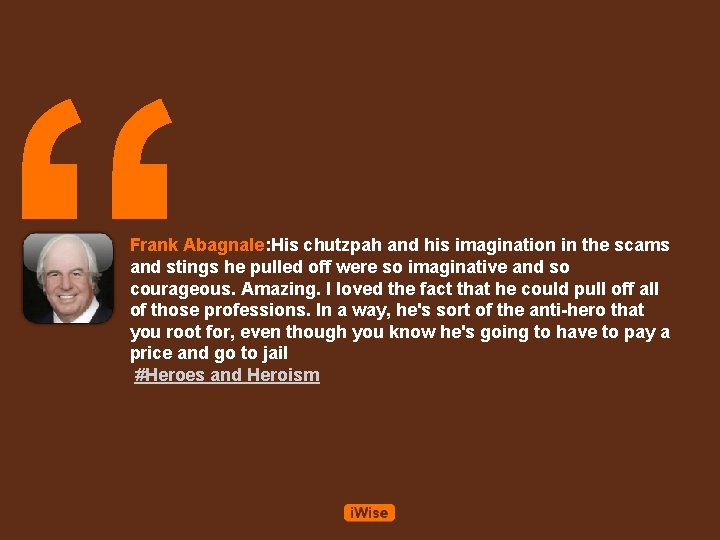 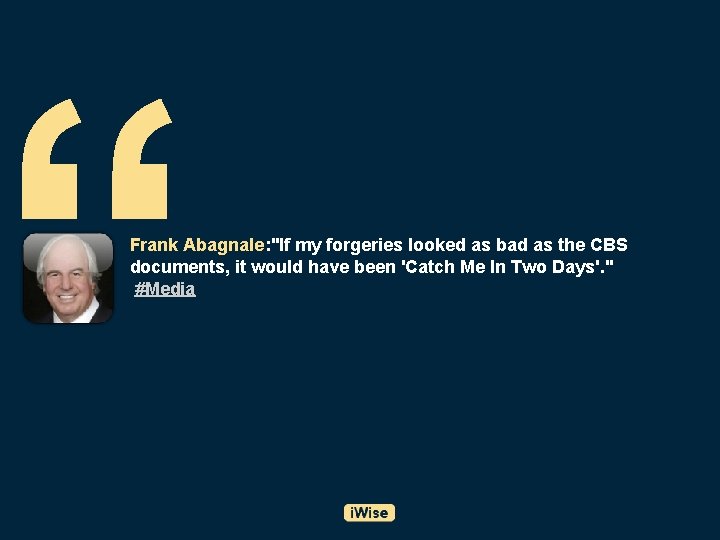 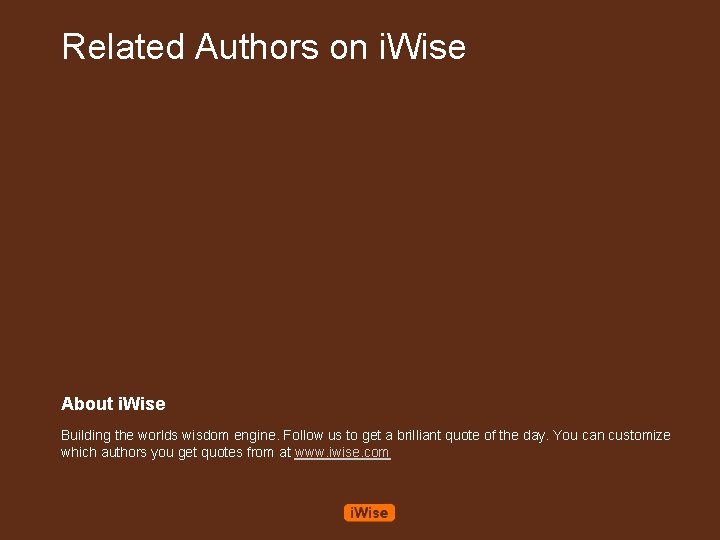 Frank Abagnale Frank William Abagnale, Jr. is an American security consultant and former check confidence trickster, forger and impostor. He became infamous in the 1960 s for passing bad checks worth about $2. 5 million in 26 countries over the course of five more. .

“ Frank Abagnale: What I did in my youth is hundreds of times easier today. Technology breeds crime. #Youth

“ Frank Abagnale: Roger Strong: : Frank, would you like to say grace? Unless you're not comfortable. Frank Abagnale: : Absolutely. Two little mice fell into a bucket of cream. The first mouse quickly gave up and drowned, but the second mouse, he struggled so hard that he eventually churned that cream into butter and he walked out. Amen. #Family

“ Frank Abagnale: He understood whatever those hidden mechanisms are that convince people to trust you. I kind of watched him and absorbed what I could from him. #Trust

“ Frank Abagnale: I stole every nickel and blew it on fine threads, luxurious lodgings, fantastic foxes, and other sensual goodies. I partied in every capital in Europe and basked on all the world's most famous beaches. #Feminism

“ Frank Abagnale: His chutzpah and his imagination in the scams and stings he pulled off were so imaginative and so courageous. Amazing. I loved the fact that he could pull off all of those professions. In a way, he's sort of the anti-hero that you root for, even though you know he's going to have to pay a price and go to jail #Heroes and Heroism

“ Frank Abagnale: "If my forgeries looked as bad as the CBS documents, it would have been 'Catch Me In Two Days'. " #Media

Related Authors on i. Wise About i. Wise Building the worlds wisdom engine. Follow us to get a brilliant quote of the day. You can customize which authors you get quotes from at www. iwise. com 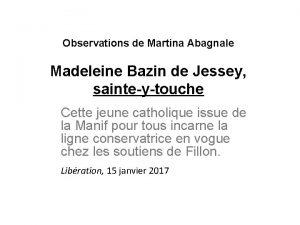 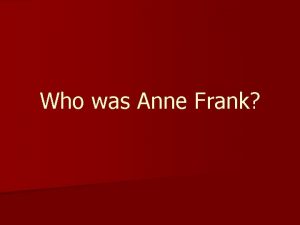 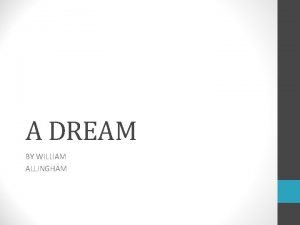 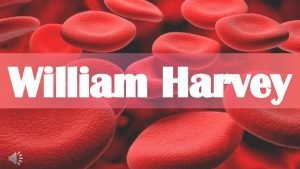 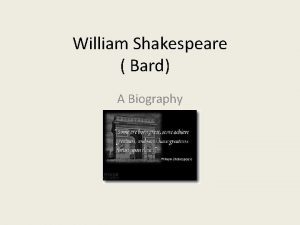 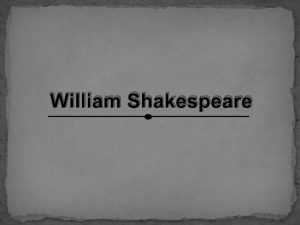 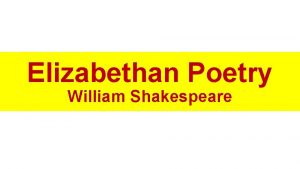