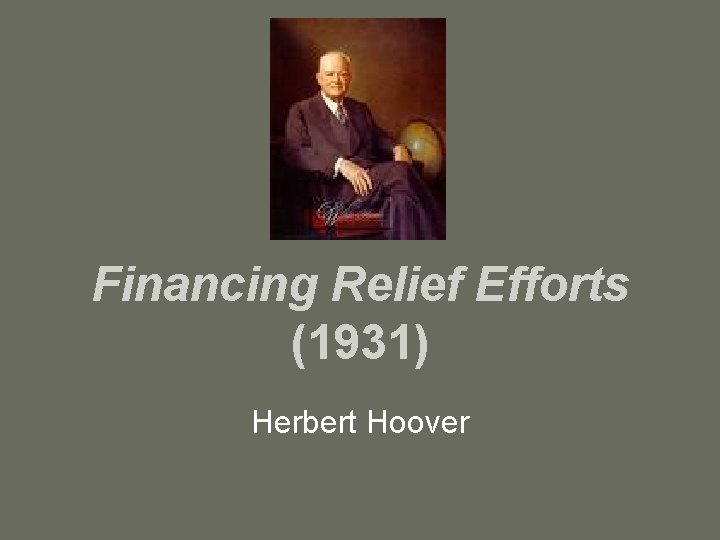 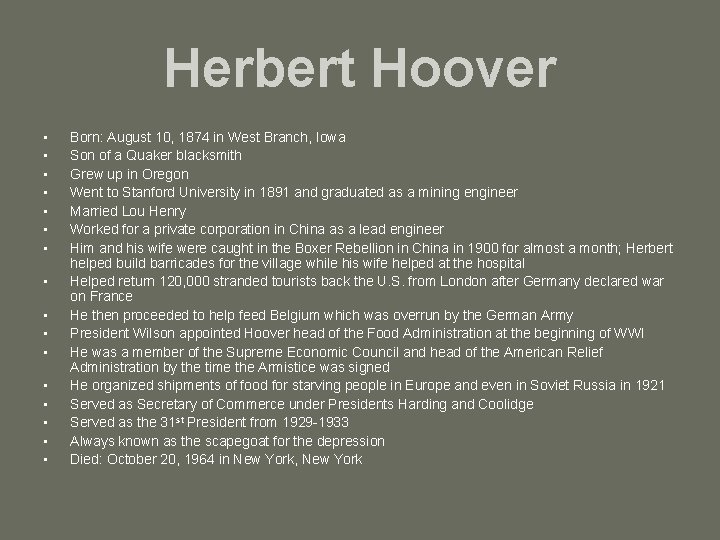 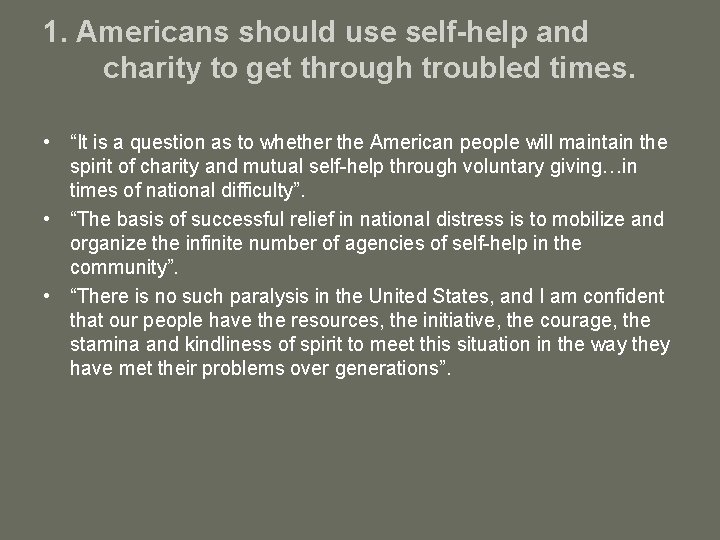 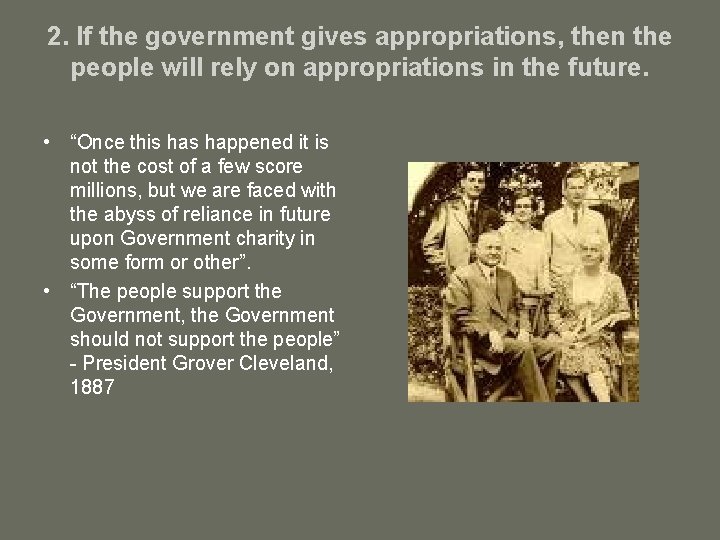 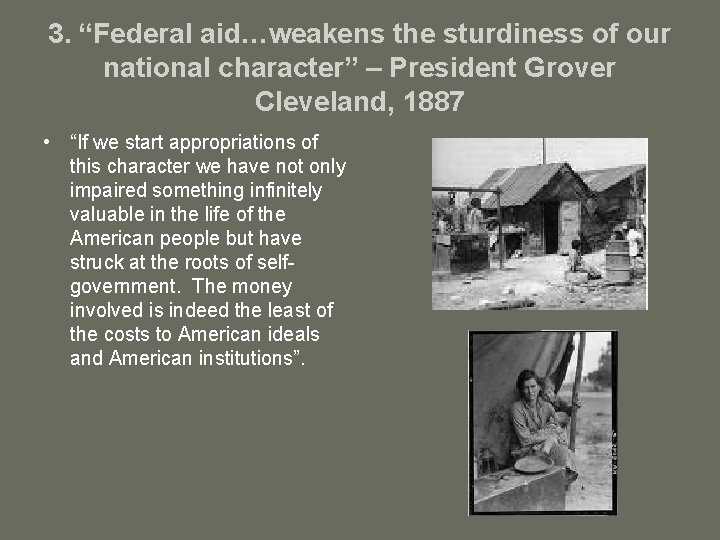 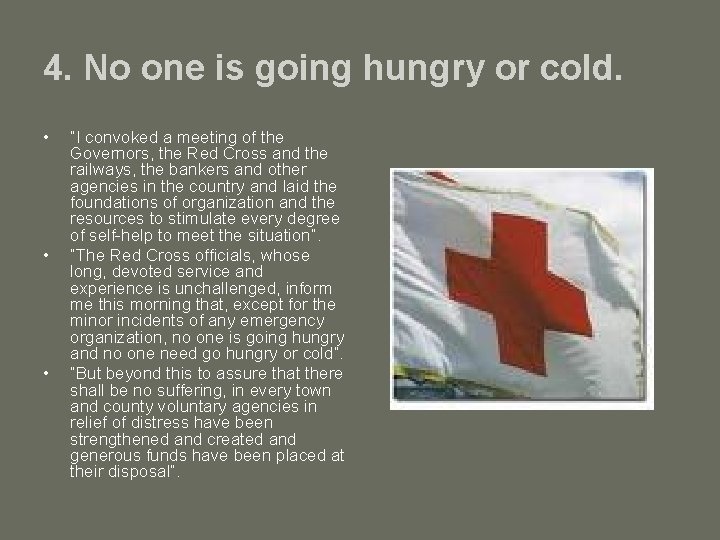 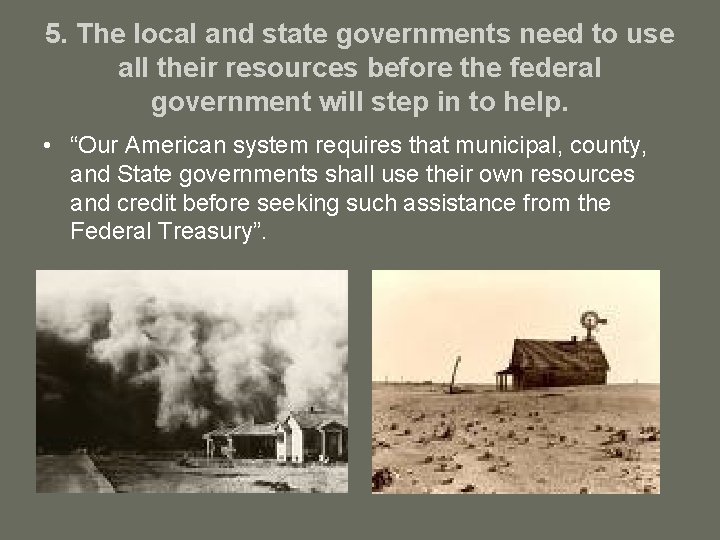 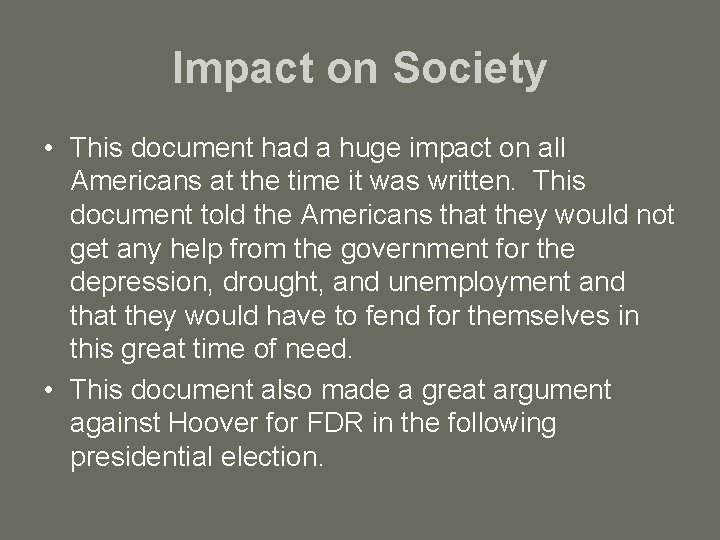 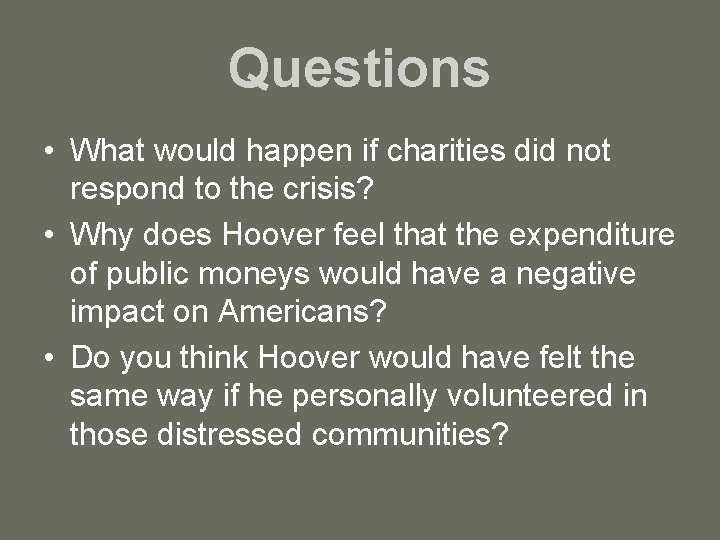 Herbert Hoover • • • • Born: August 10, 1874 in West Branch, Iowa Son of a Quaker blacksmith Grew up in Oregon Went to Stanford University in 1891 and graduated as a mining engineer Married Lou Henry Worked for a private corporation in China as a lead engineer Him and his wife were caught in the Boxer Rebellion in China in 1900 for almost a month; Herbert helped build barricades for the village while his wife helped at the hospital Helped return 120, 000 stranded tourists back the U. S. from London after Germany declared war on France He then proceeded to help feed Belgium which was overrun by the German Army President Wilson appointed Hoover head of the Food Administration at the beginning of WWI He was a member of the Supreme Economic Council and head of the American Relief Administration by the time the Armistice was signed He organized shipments of food for starving people in Europe and even in Soviet Russia in 1921 Served as Secretary of Commerce under Presidents Harding and Coolidge Served as the 31 st President from 1929 -1933 Always known as the scapegoat for the depression Died: October 20, 1964 in New York, New York

1. Americans should use self-help and charity to get through troubled times. • “It is a question as to whether the American people will maintain the spirit of charity and mutual self-help through voluntary giving…in times of national difficulty”. • “The basis of successful relief in national distress is to mobilize and organize the infinite number of agencies of self-help in the community”. • “There is no such paralysis in the United States, and I am confident that our people have the resources, the initiative, the courage, the stamina and kindliness of spirit to meet this situation in the way they have met their problems over generations”.

3. “Federal aid…weakens the sturdiness of our national character” – President Grover Cleveland, 1887 • “If we start appropriations of this character we have not only impaired something infinitely valuable in the life of the American people but have struck at the roots of selfgovernment. The money involved is indeed the least of the costs to American ideals and American institutions”.

4. No one is going hungry or cold. • • • “I convoked a meeting of the Governors, the Red Cross and the railways, the bankers and other agencies in the country and laid the foundations of organization and the resources to stimulate every degree of self-help to meet the situation”. “The Red Cross officials, whose long, devoted service and experience is unchallenged, inform me this morning that, except for the minor incidents of any emergency organization, no one is going hungry and no one need go hungry or cold”. “But beyond this to assure that there shall be no suffering, in every town and county voluntary agencies in relief of distress have been strengthened and created and generous funds have been placed at their disposal”.

5. The local and state governments need to use all their resources before the federal government will step in to help. • “Our American system requires that municipal, county, and State governments shall use their own resources and credit before seeking such assistance from the Federal Treasury”.

Questions • What would happen if charities did not respond to the crisis? • Why does Hoover feel that the expenditure of public moneys would have a negative impact on Americans? • Do you think Hoover would have felt the same way if he personally volunteered in those distressed communities? 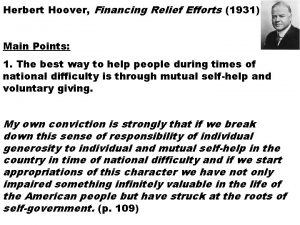 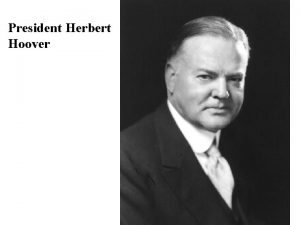 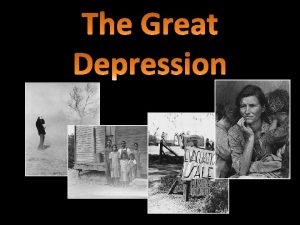 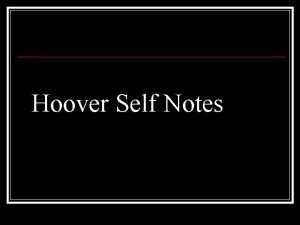 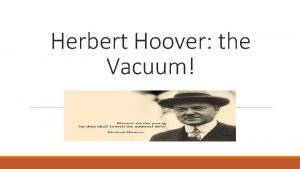 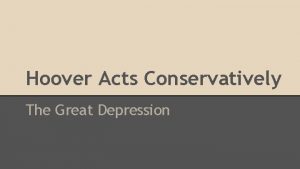 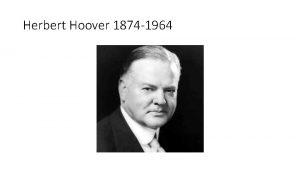 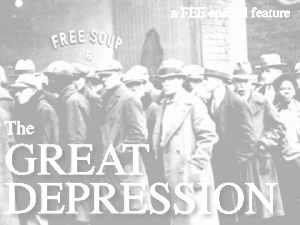 President Hoover Herbert Hoover was admired for the