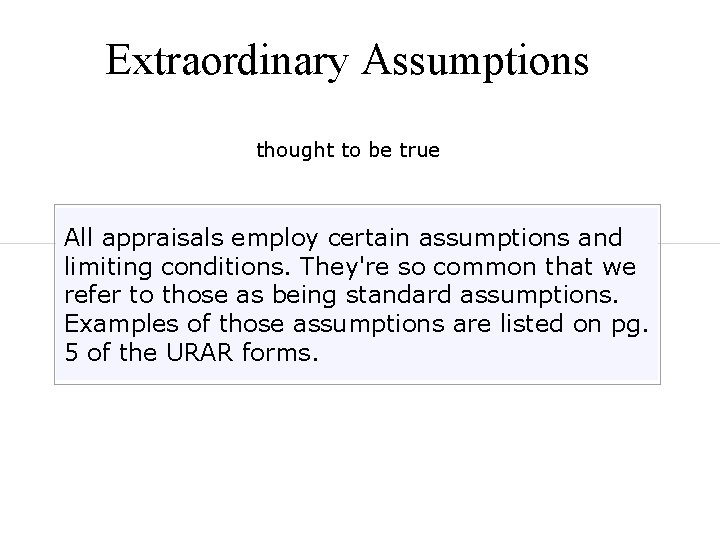 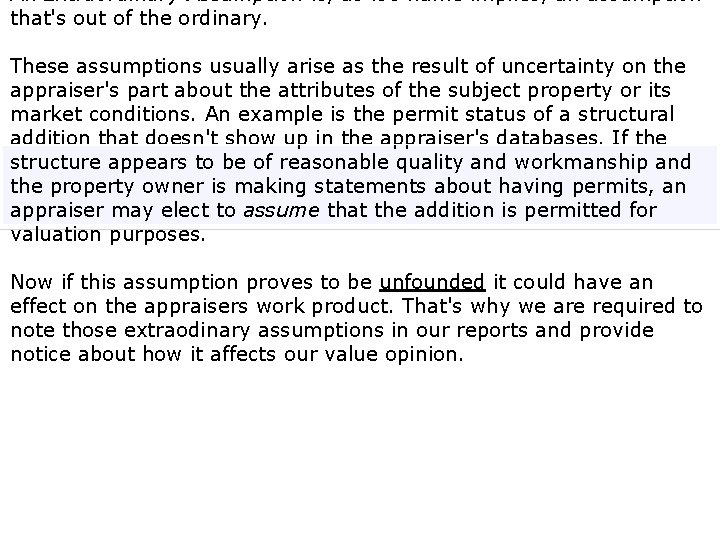 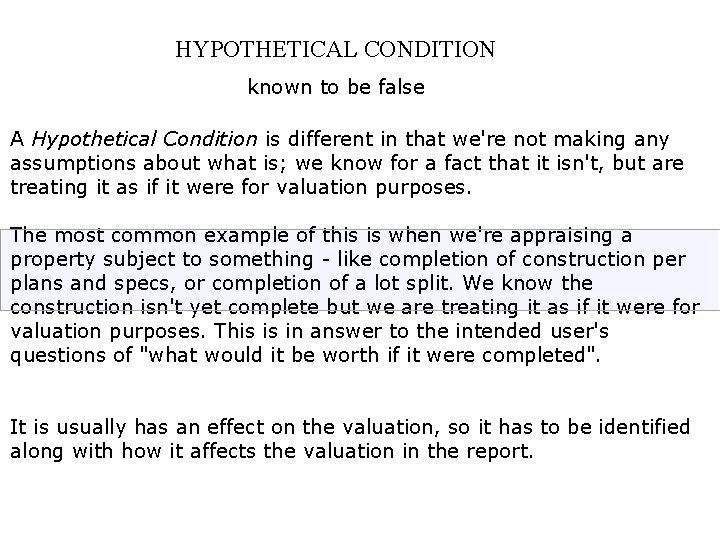 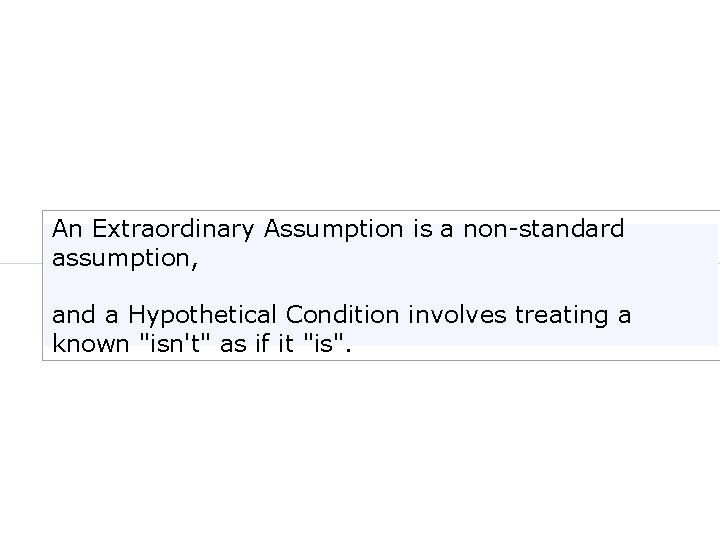 Extraordinary Assumptions thought to be true All appraisals employ certain assumptions and limiting conditions. They're so common that we refer to those as being standard assumptions. Examples of those assumptions are listed on pg. 5 of the URAR forms.

An Extraordinary Assumption is, as it's name implies, an assumption that's out of the ordinary. These assumptions usually arise as the result of uncertainty on the appraiser's part about the attributes of the subject property or its market conditions. An example is the permit status of a structural addition that doesn't show up in the appraiser's databases. If the structure appears to be of reasonable quality and workmanship and the property owner is making statements about having permits, an appraiser may elect to assume that the addition is permitted for valuation purposes. Now if this assumption proves to be unfounded it could have an effect on the appraisers work product. That's why we are required to note those extraodinary assumptions in our reports and provide notice about how it affects our value opinion.

HYPOTHETICAL CONDITION known to be false A Hypothetical Condition is different in that we're not making any assumptions about what is; we know for a fact that it isn't, but are treating it as if it were for valuation purposes. The most common example of this is when we're appraising a property subject to something - like completion of construction per plans and specs, or completion of a lot split. We know the construction isn't yet complete but we are treating it as if it were for valuation purposes. This is in answer to the intended user's questions of "what would it be worth if it were completed". It is usually has an effect on the valuation, so it has to be identified along with how it affects the valuation in the report.

An Extraordinary Assumption is a non-standard assumption, and a Hypothetical Condition involves treating a known "isn't" as if it "is". 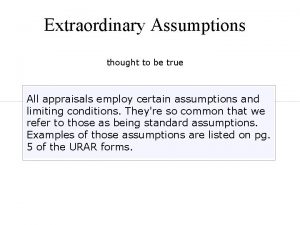 Extraordinary Assumptions thought to be true All appraisals 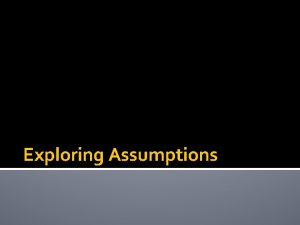 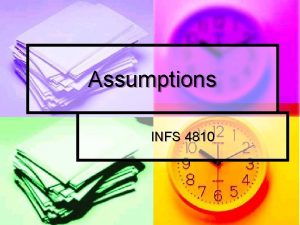