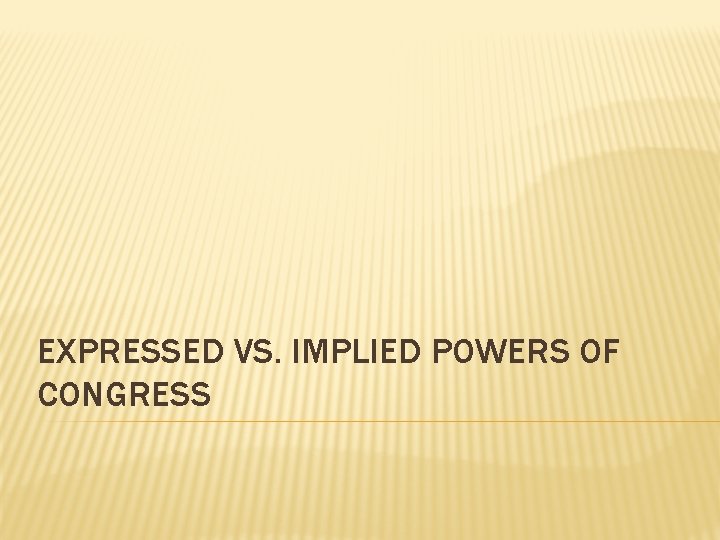 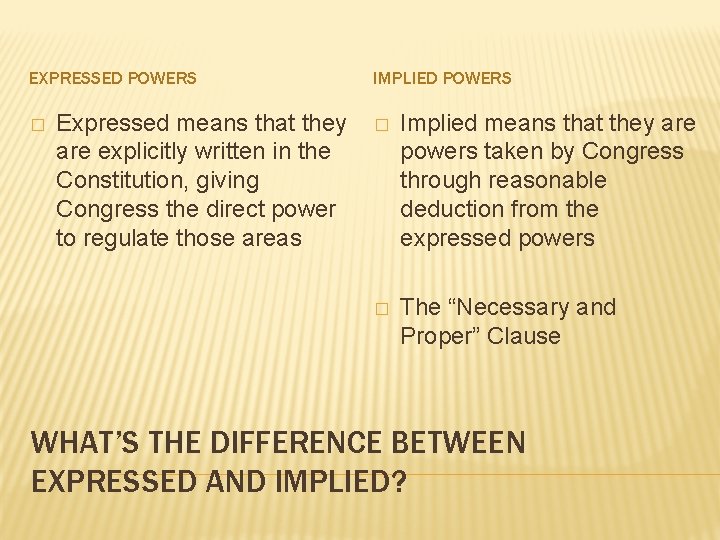 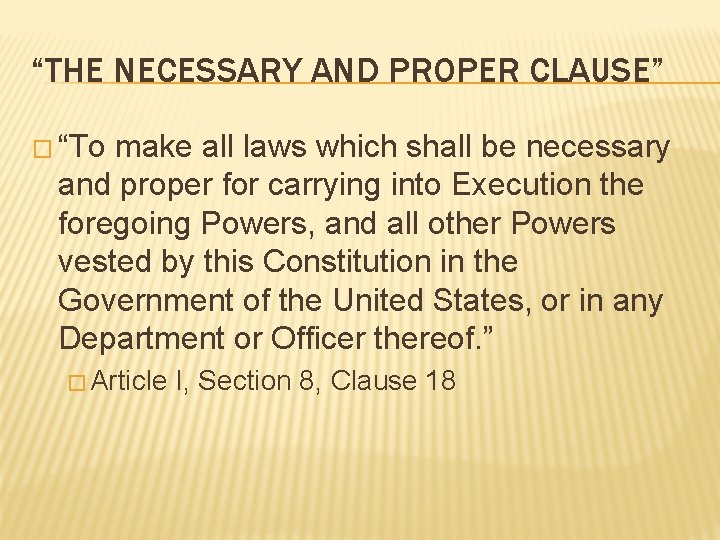 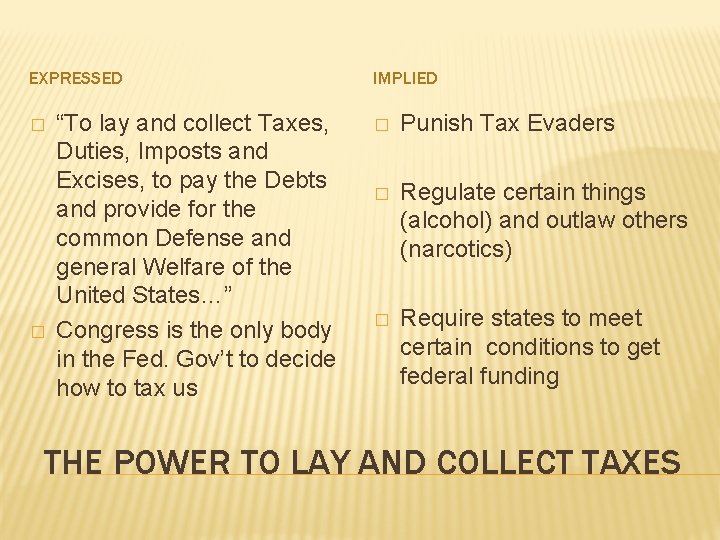 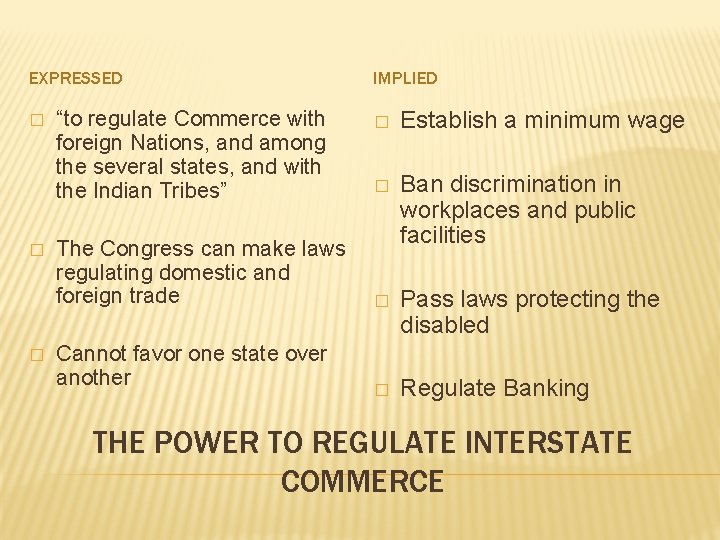 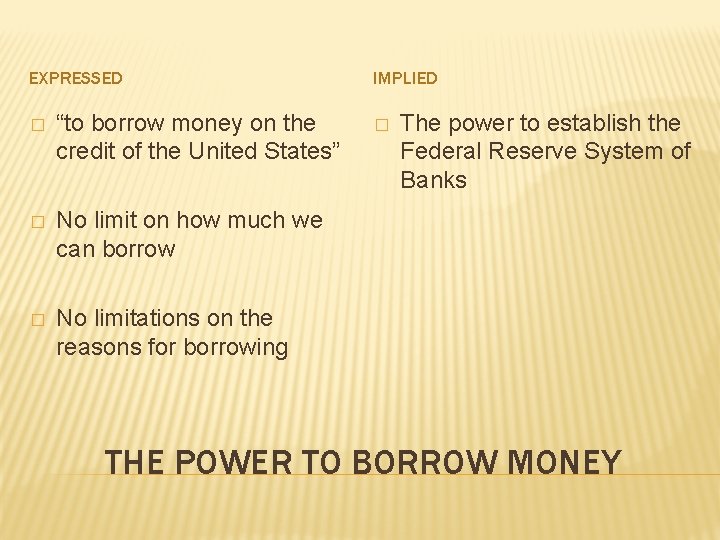 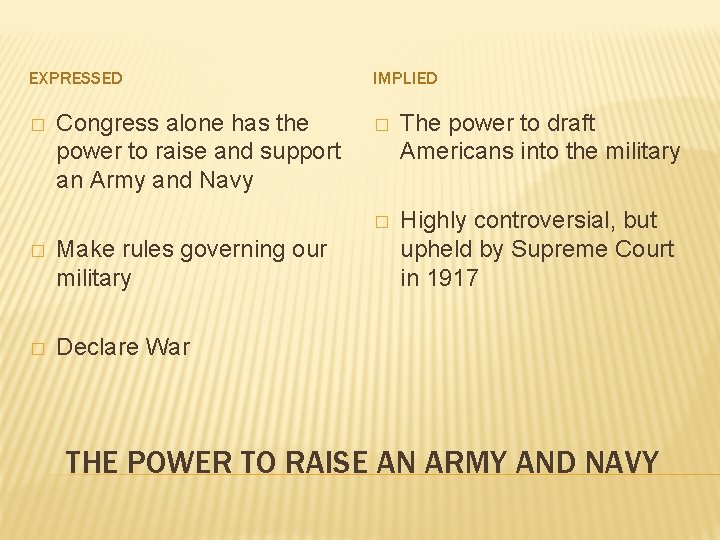 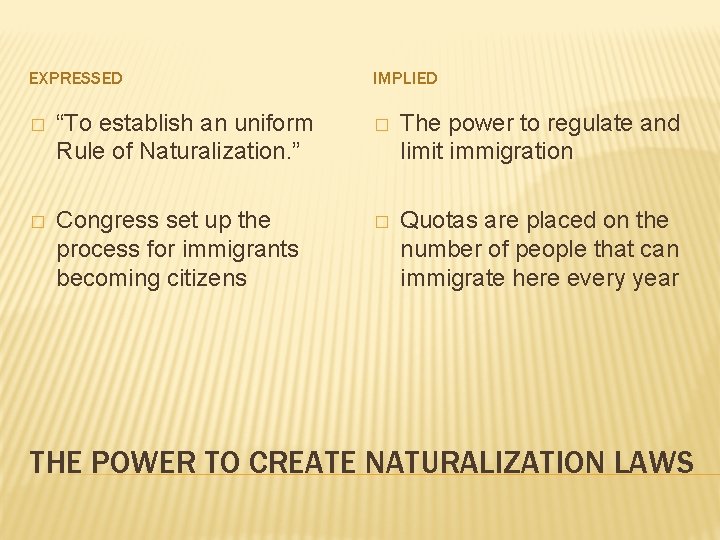 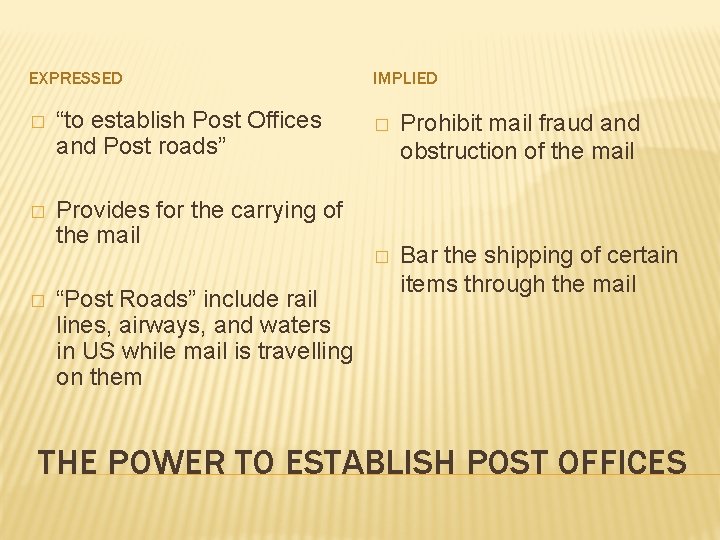 EXPRESSED VS. IMPLIED POWERS OF CONGRESS

“THE NECESSARY AND PROPER CLAUSE” � “To make all laws which shall be necessary and proper for carrying into Execution the foregoing Powers, and all other Powers vested by this Constitution in the Government of the United States, or in any Department or Officer thereof. ” � Article I, Section 8, Clause 18

EXPRESSED � � “To lay and collect Taxes, Duties, Imposts and Excises, to pay the Debts and provide for the common Defense and general Welfare of the United States…” Congress is the only body in the Fed. Gov’t to decide how to tax us IMPLIED � Punish Tax Evaders � Regulate certain things (alcohol) and outlaw others (narcotics) � Require states to meet certain conditions to get federal funding THE POWER TO LAY AND COLLECT TAXES

EXPRESSED � � � “to regulate Commerce with foreign Nations, and among the several states, and with the Indian Tribes” The Congress can make laws regulating domestic and foreign trade Cannot favor one state over another IMPLIED � Establish a minimum wage � Ban discrimination in workplaces and public facilities � Pass laws protecting the disabled � Regulate Banking THE POWER TO REGULATE INTERSTATE COMMERCE

EXPRESSED � Congress alone has the power to raise and support an Army and Navy � Make rules governing our military � Declare War IMPLIED � The power to draft Americans into the military � Highly controversial, but upheld by Supreme Court in 1917 THE POWER TO RAISE AN ARMY AND NAVY

EXPRESSED IMPLIED � “To establish an uniform Rule of Naturalization. ” � The power to regulate and limit immigration � Congress set up the process for immigrants becoming citizens � Quotas are placed on the number of people that can immigrate here every year THE POWER TO CREATE NATURALIZATION LAWS

EXPRESSED � “to establish Post Offices and Post roads” � Provides for the carrying of the mail � “Post Roads” include rail lines, airways, and waters in US while mail is travelling on them IMPLIED � Prohibit mail fraud and obstruction of the mail � Bar the shipping of certain items through the mail THE POWER TO ESTABLISH POST OFFICES 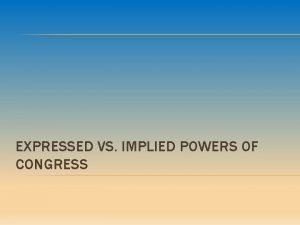 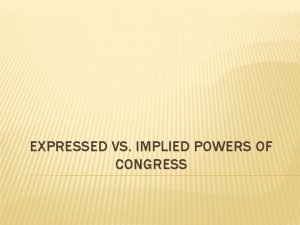 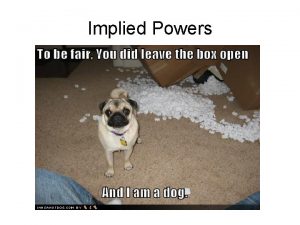 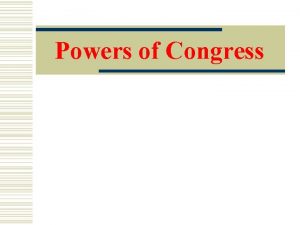 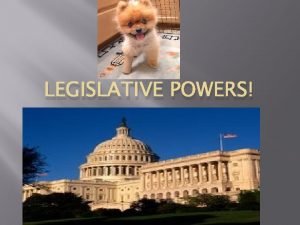 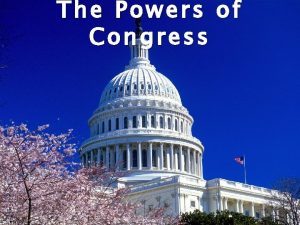 The Powers of Congress Expressed Powers powers that 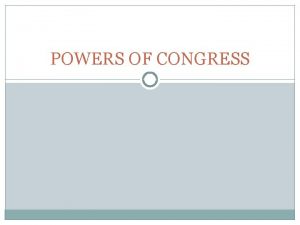 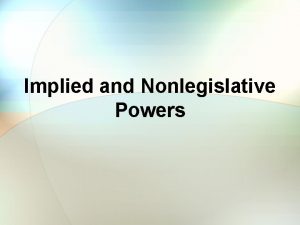