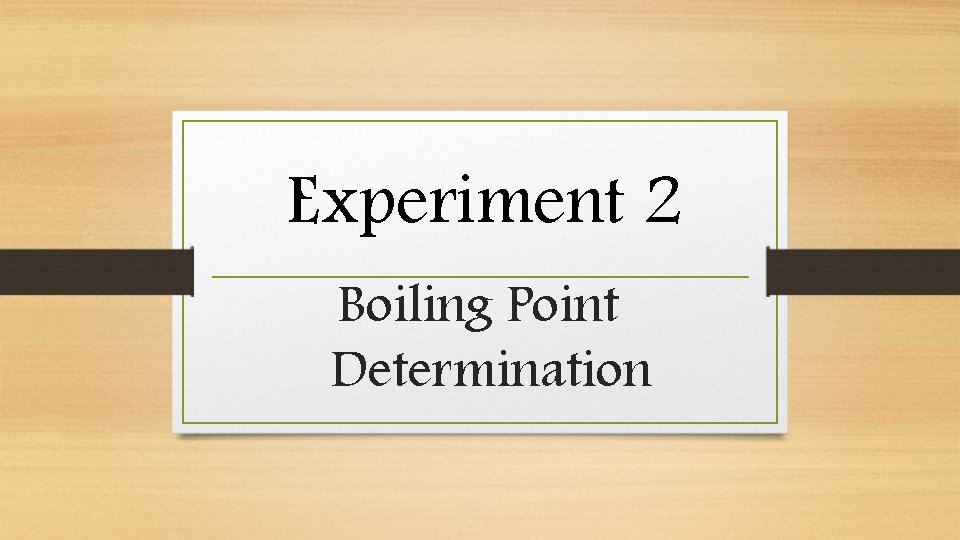 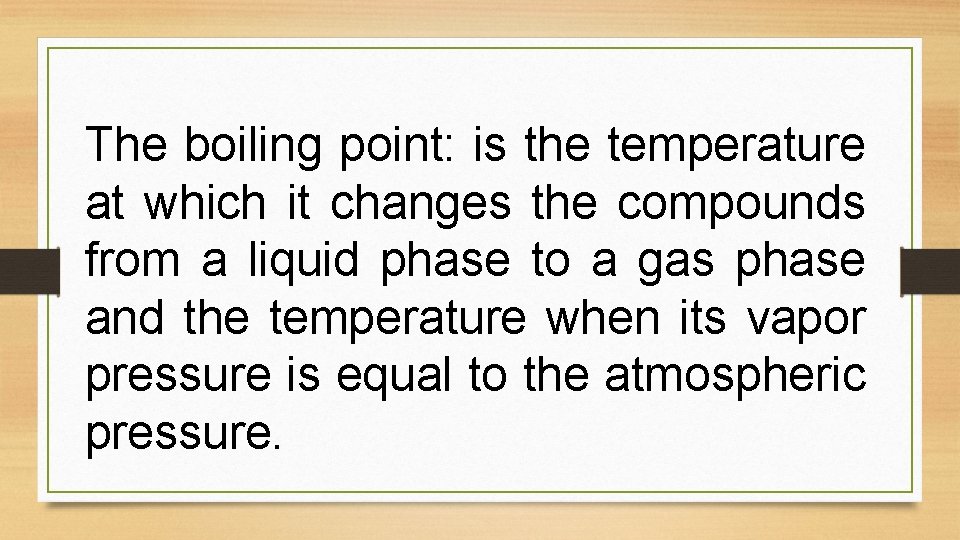 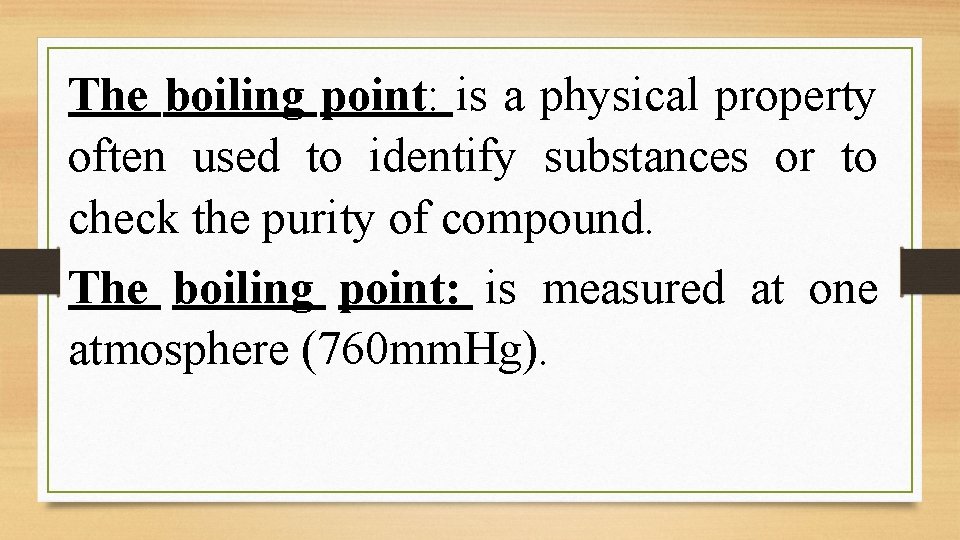 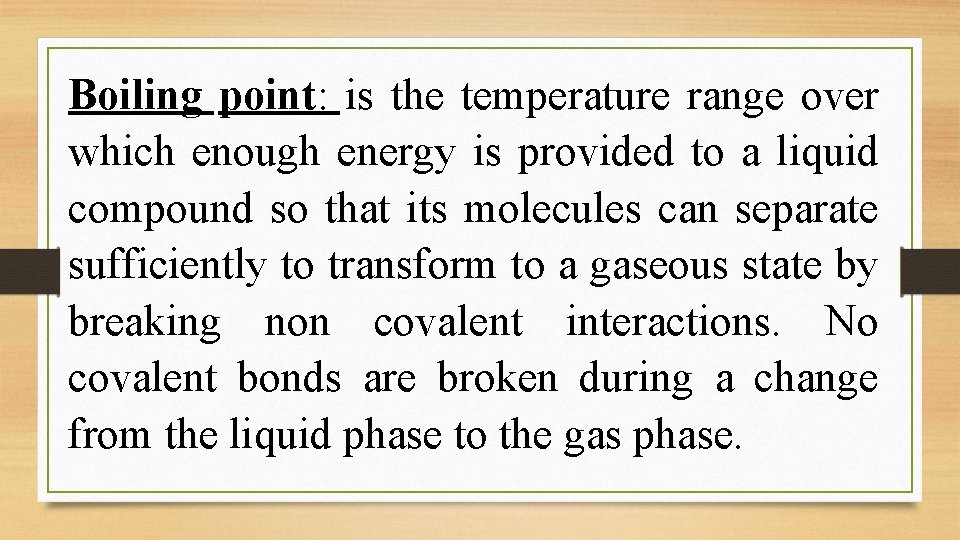 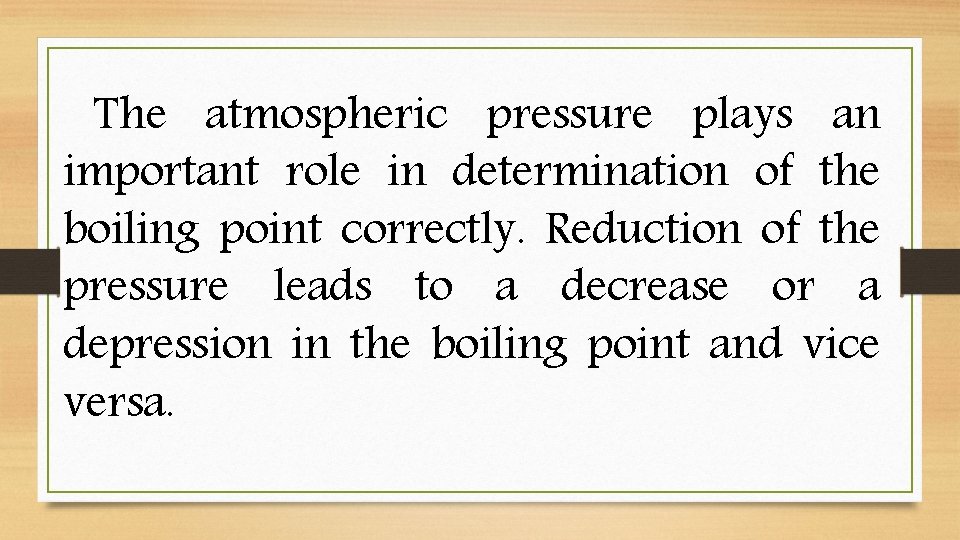 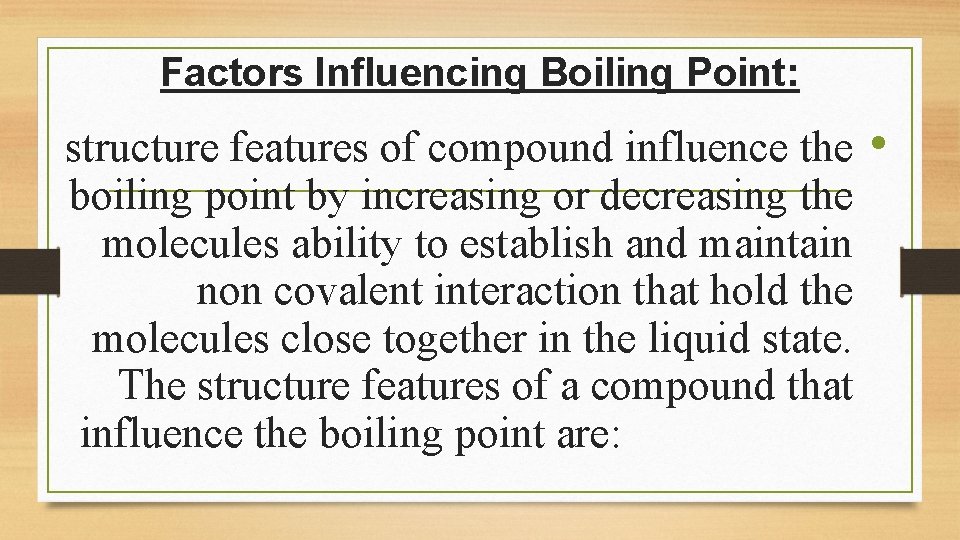 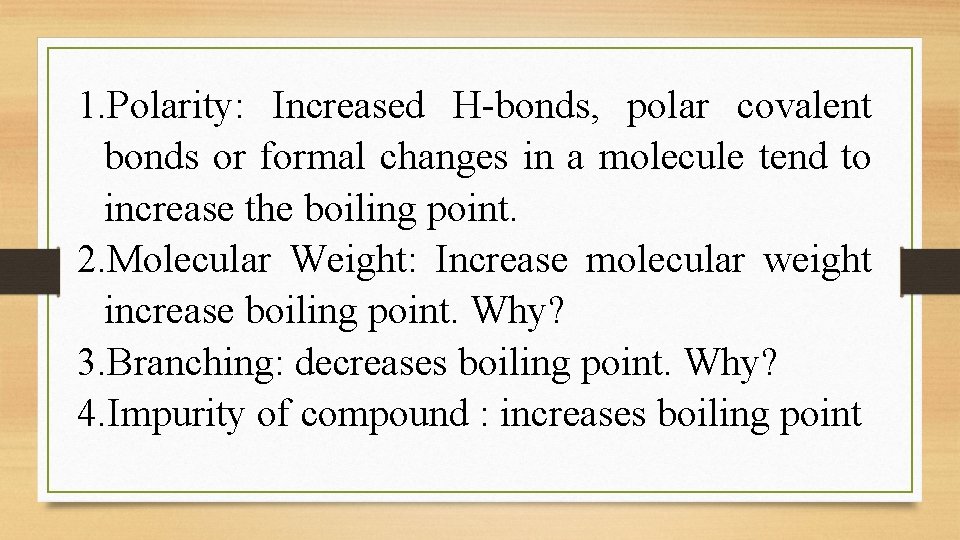 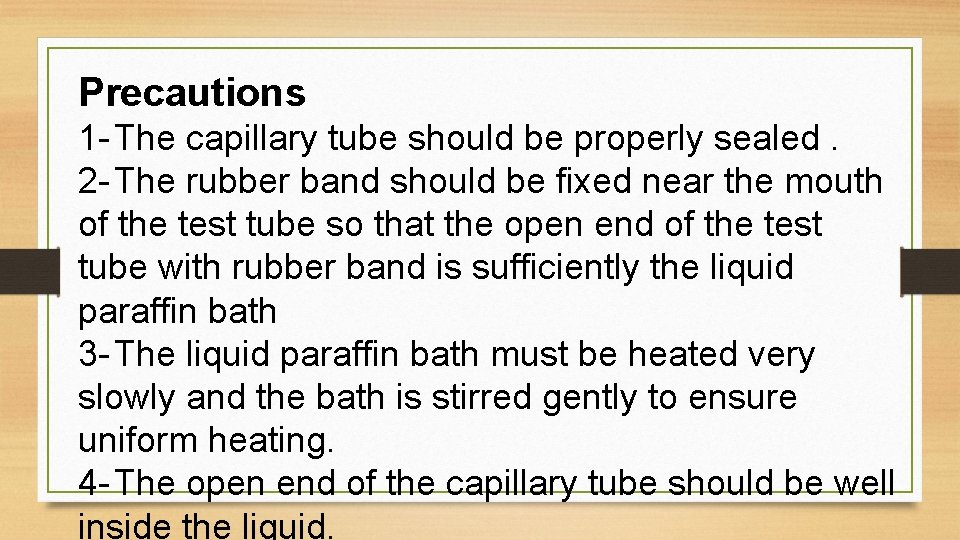 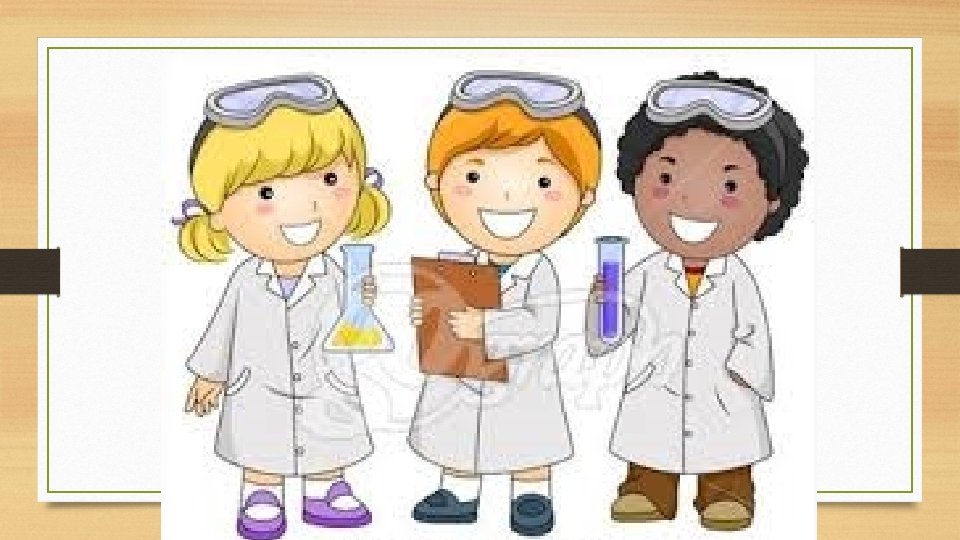 The boiling point: is the temperature at which it changes the compounds from a liquid phase to a gas phase and the temperature when its vapor pressure is equal to the atmospheric pressure.

Boiling point: is the temperature range over which enough energy is provided to a liquid compound so that its molecules can separate sufficiently to transform to a gaseous state by breaking non covalent interactions. No covalent bonds are broken during a change from the liquid phase to the gas phase.

Precautions 1 - The capillary tube should be properly sealed. 2 - The rubber band should be fixed near the mouth of the test tube so that the open end of the test tube with rubber band is sufficiently the liquid paraffin bath 3 - The liquid paraffin bath must be heated very slowly and the bath is stirred gently to ensure uniform heating. 4 - The open end of the capillary tube should be well inside the liquid. 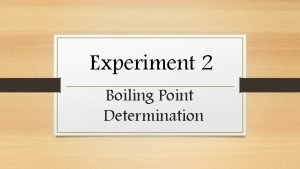 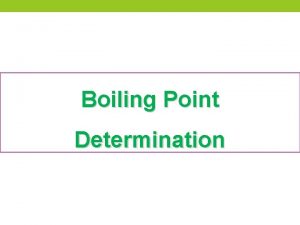 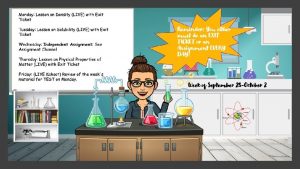 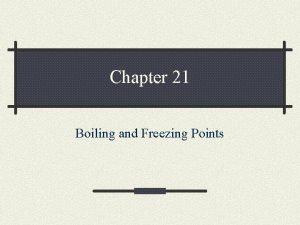 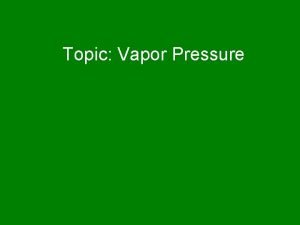 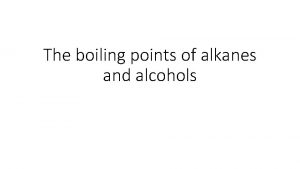 The boiling points of alkanes and alcohols Boiling 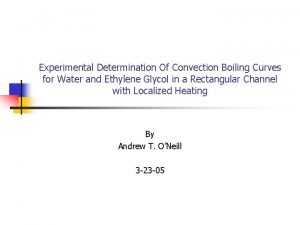 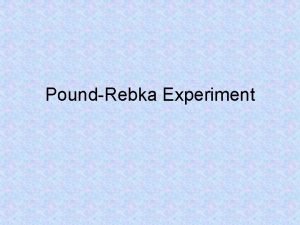