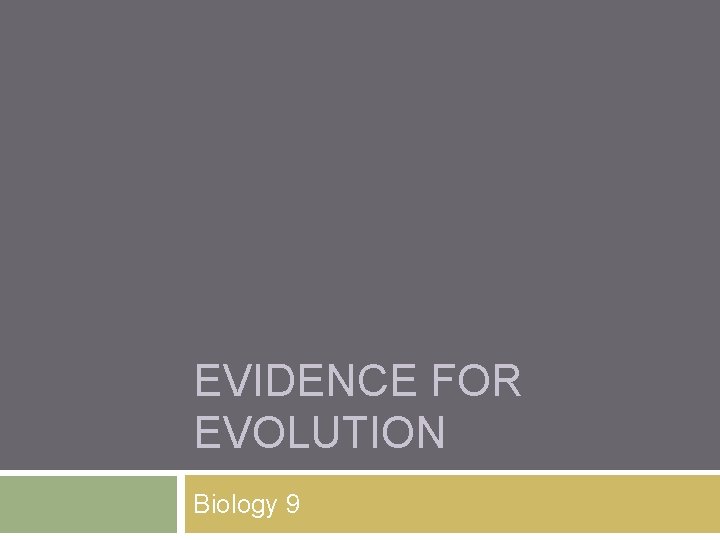 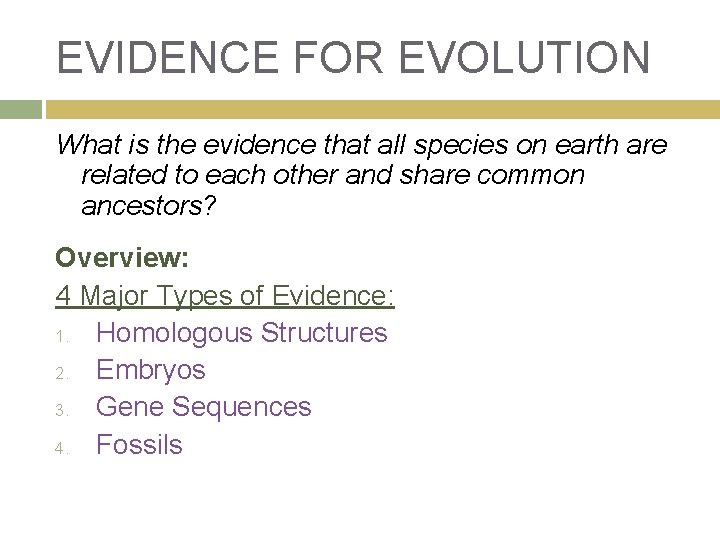 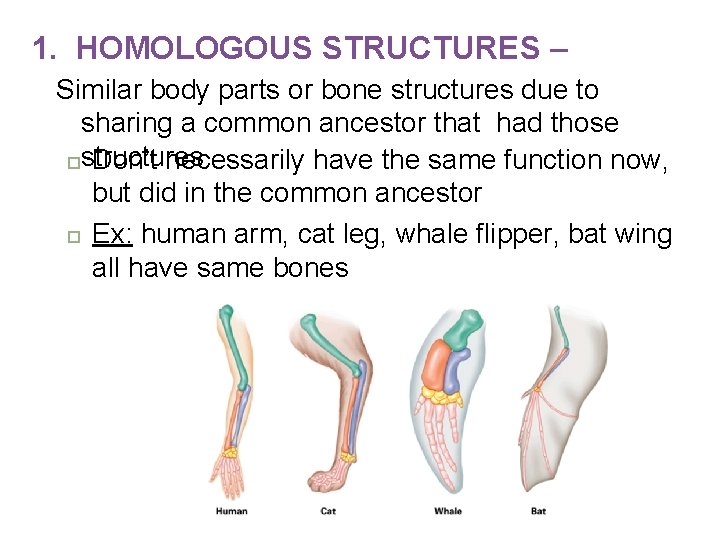 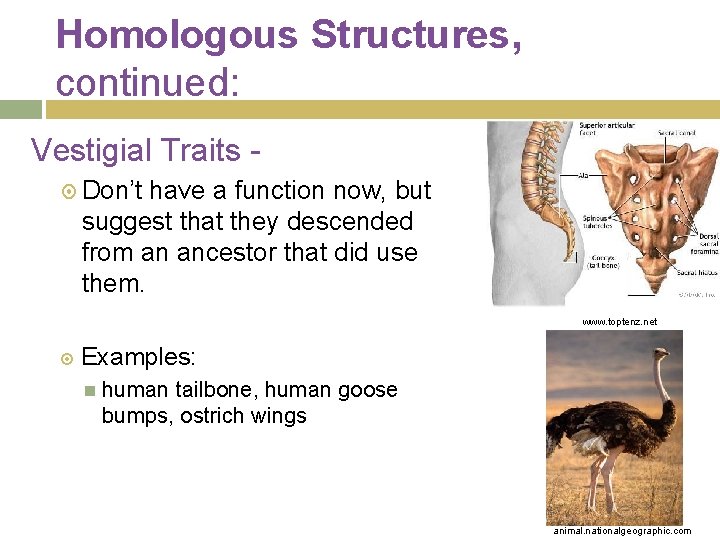 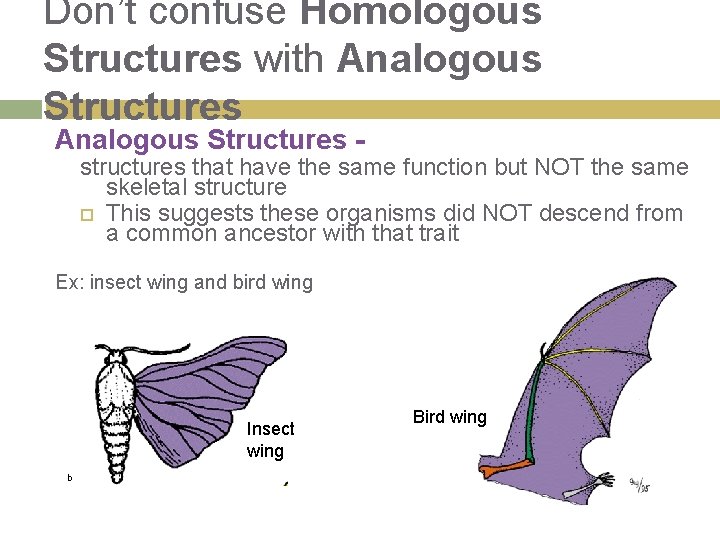 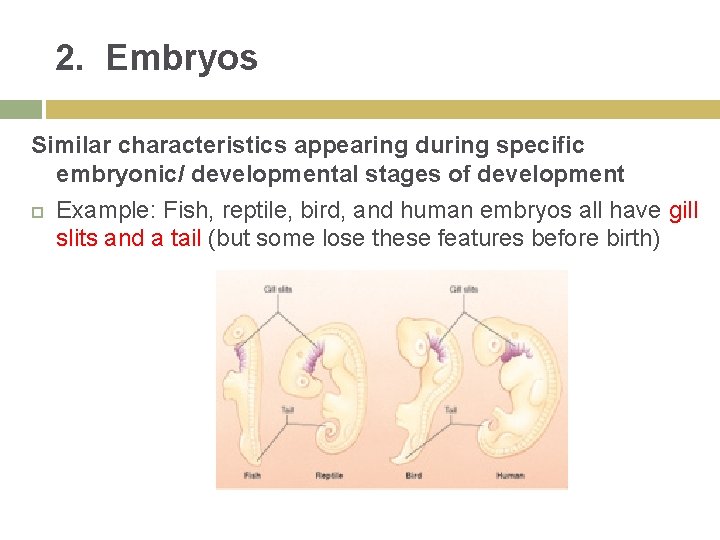 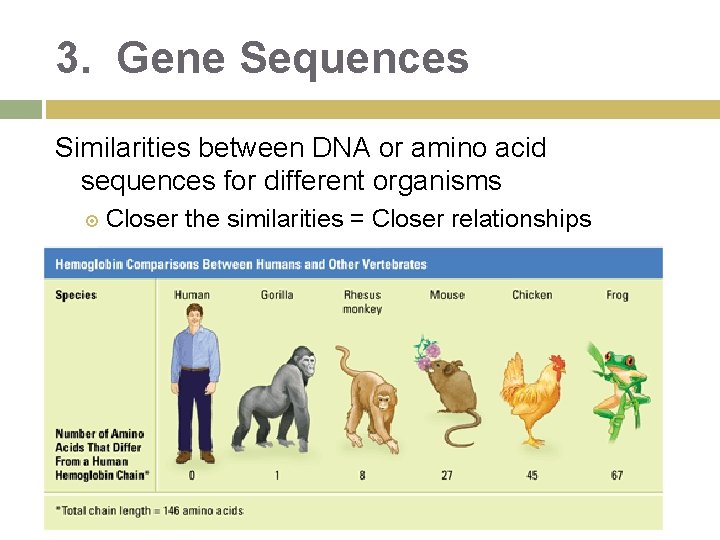 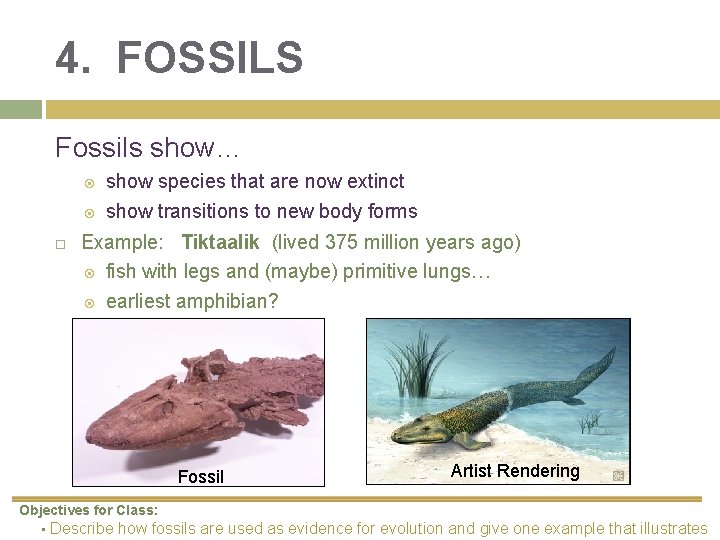 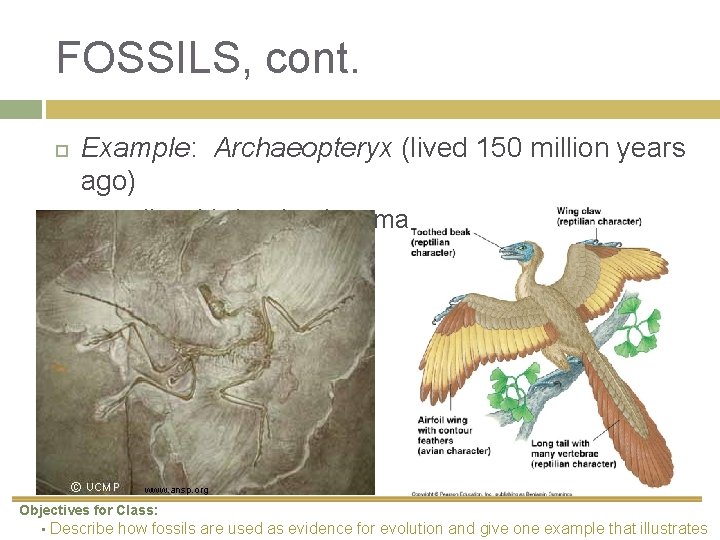 EVIDENCE FOR EVOLUTION What is the evidence that all species on earth are related to each other and share common ancestors? Overview: 4 Major Types of Evidence: 1. Homologous Structures 2. Embryos 3. Gene Sequences 4. Fossils

1. HOMOLOGOUS STRUCTURES – Similar body parts or bone structures due to sharing a common ancestor that had those structures Don’t necessarily have the same function now, but did in the common ancestor Ex: human arm, cat leg, whale flipper, bat wing all have same bones

Don’t confuse Homologous Structures with Analogous Structures - structures that have the same function but NOT the same skeletal structure This suggests these organisms did NOT descend from a common ancestor with that trait Ex: insect wing and bird wing Insect wing bio. miami. edu Bird wing

2. Embryos Similar characteristics appearing during specific embryonic/ developmental stages of development Example: Fish, reptile, bird, and human embryos all have gill slits and a tail (but some lose these features before birth)

FOSSILS, cont. Example: Archaeopteryx (lived 150 million years ago) earliest bird… but has many dinosaur features www. ansp. org Objectives for Class: • Describe how fossils are used as evidence for evolution and give one example that illustrates 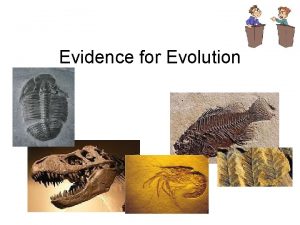 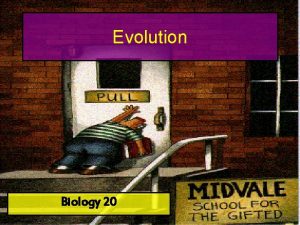 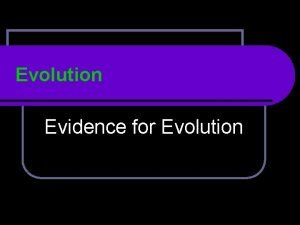 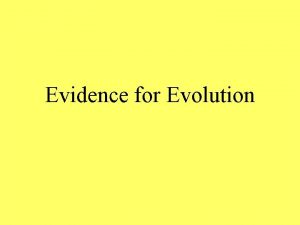 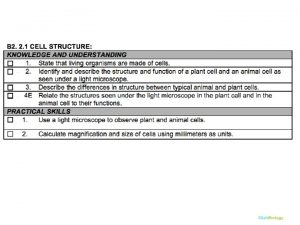 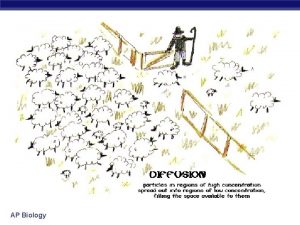 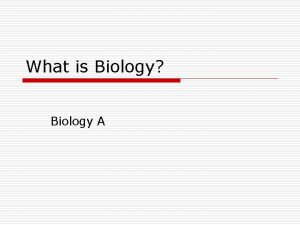 What is Biology Biology A Biology o Biology 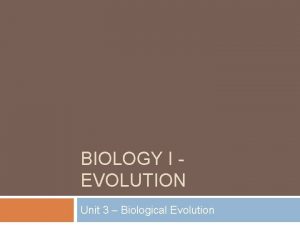